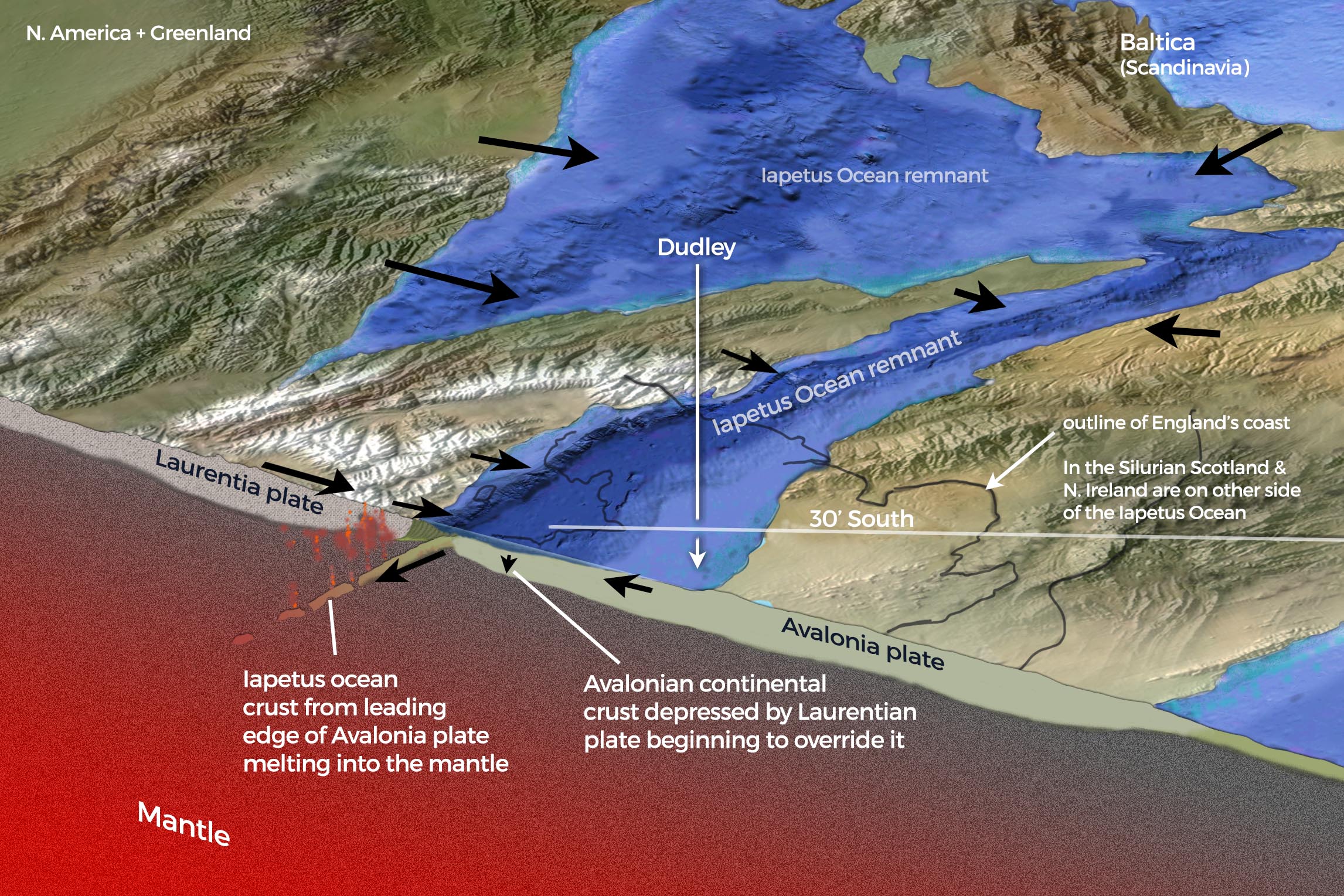 This is the setting during the time of the formation of the rocks of the Wren’s Nest – around 426 to 432 million years ago.

The ocean floor (crust) that is attached to the leading edge of the Avalonia plate has been destroyed – consumed into the mantle. A process called subduction. Less dense continental crust is less readily subducted into the more dense mantle, than denser ocean crust.

When continental crust meets continental crust as here in the Silurian, the one plate tends to ride over the other. The Laurentian plate started to override the Avalonia plate, creating a downward warping of the Avalonia plate just ahead of the collision zone. This depressed region corresponds to the deeper water basin that lay out to the west in what today is Wales. The collision continued until around the end of the Silurian, during which the depressed area migrated SE, infilling with sediments that transitioned from marine to  terrigenous (from the land) origin. The final closure of the Iapetus corresponded with the fusion of Scotland and the northern part of Ireland with Avalonia along the line of the so called Iapetus Suture.

The collision between Laurentia and Avalonia, in the region of the British Isles, appears to have been ‘soft’ in tectonic magnitude as it did not produce any massive mountain ranges as happened both further north and south along the collision zone. Had it been a harder collision then the West Midlands would look more like the mountains of Norway or the highlands of Scotland with its worn down remnants of once great mountains.

By the end of the Silurian, around 419 million years ago, the nearest sea lay to the south of Avalonia in the form of the Rheic Ocean. Which by that time had developed a northward dipping subduction zone beneath southern Avalonia. The future crustal forces associated with this event would be responsible for folding the Wren’s Nest rocks into their domed shape.