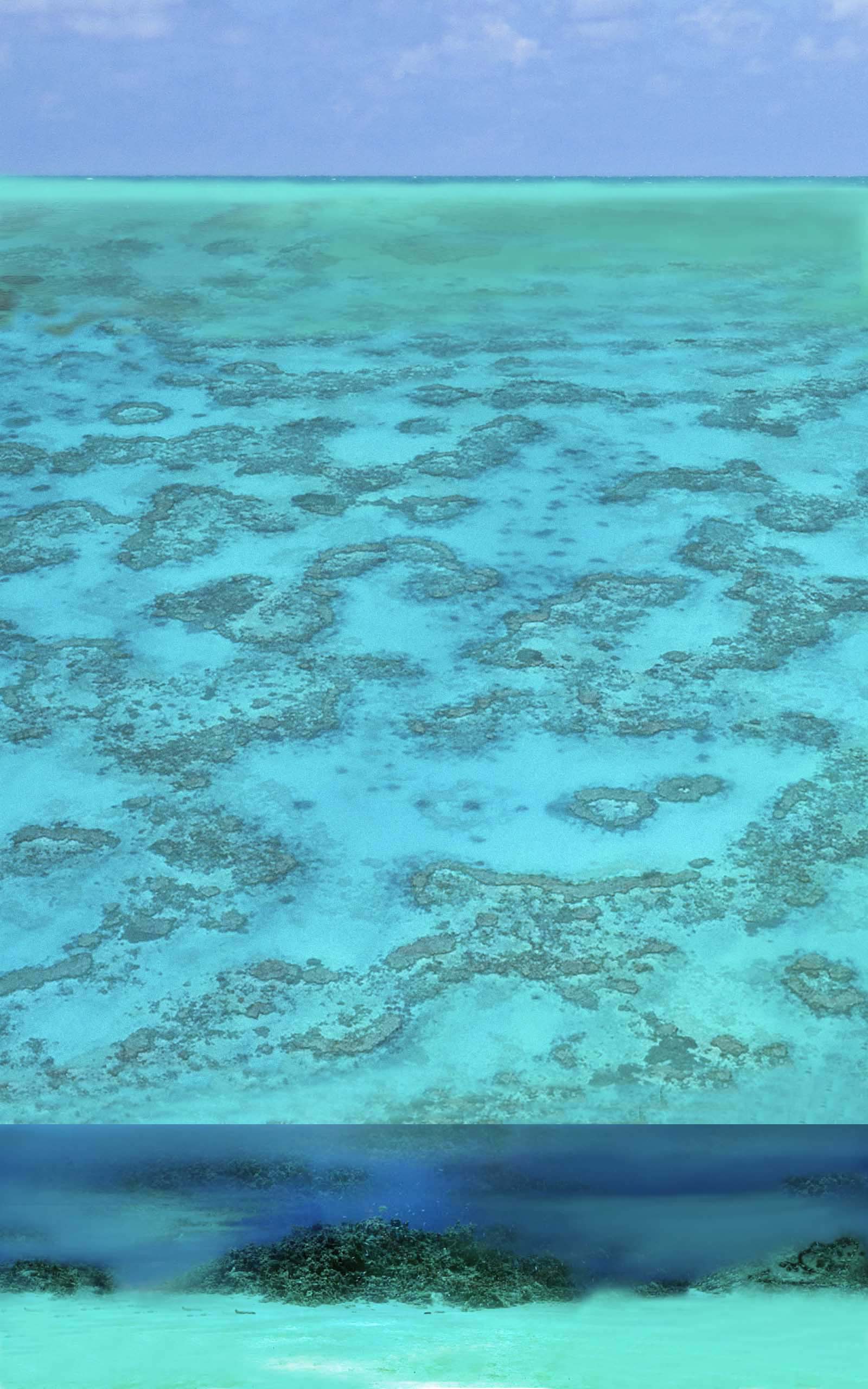 The Nodular Member was formed in shallow warm water, which at times allowed patch reefs to develop. The picture above shows how the environment here may have looked some 428 million years ago. The picture below shows how the reef may have appeared below the surface of the sea, with a great abundance of marine life.

The patch reefs form mound structures on the sea bed that build up towards the light. Once at, or close, to the water surface the reef would be vulnerable to damage from storms. Storms would also churn up large amounts of sediment, or be associated with an influx of sediment from torrential rain on nearby land (land existed at times to the east). The resulting deposition of a thick layer of sediment over the reefs would destroy them and much of the associated life. Perhaps we are seeing such an event with the large number of broken shells and corals in places like the reef mounds – site 9 on the Voyage.

At sites 10 and 11 you can see evidence of the bioturbation of the Nodular Member beds. Bioturbation as the name suggest is the product of soft sediment on the sea floor being burrowed into by creatures filtering the sediments for nutrients. As a result the sediment becomes churned up and there will often be the remains of burrows and trails left by creatures that lived in and crawled over the surface of the bottom sediments.

At site 10, the Ripple Beds, which are the top most (youngest) beds of the Nodular Member show very clear ripples as seen on a beach between tides. Sun cracks, produced by the drying out of muddy sediments in the sunshine of 428 million years ago, have also been reported. This suggest the sea had become very shallow, a beach or sandbank possibly, even dry land for a time. Subsequently the sea must have returned with a consistent depth, albeit still fairly shallow, as the next rocks above the ripple marked beds are those of the Upper Quarried Limestone.

The distinctive nodules of the Nodular Member are probably a feature of limestone deposition occurring around an original nucleation centre, with later modification as the rock compacts. Nodule formation is a common feature of many sedimentary rocks, where gradual precipitation of a mineral occurs. 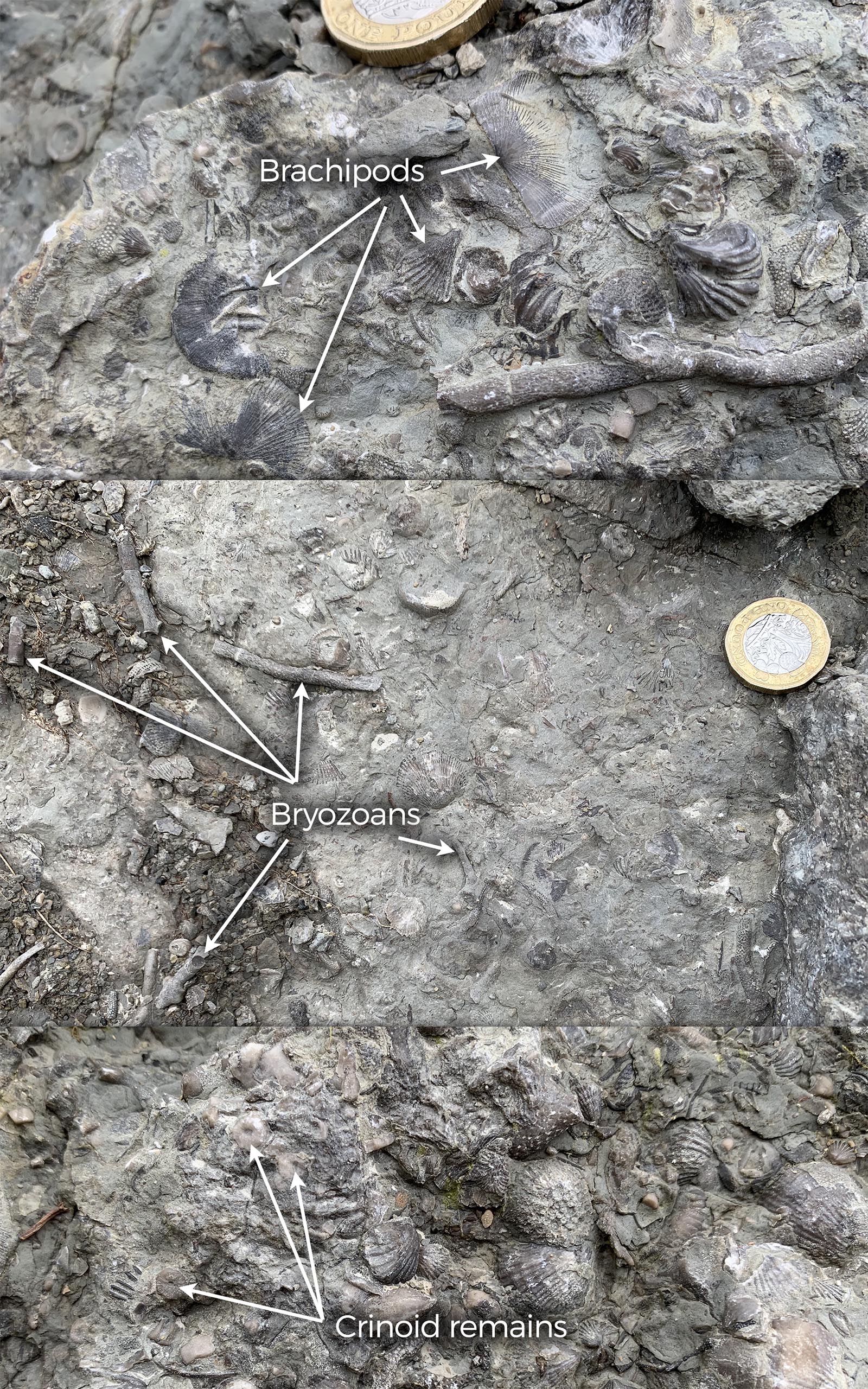 Very common fossils in the Nodular Member are those of corals, bryozoans, brachipods, ostracods and crinoids.. 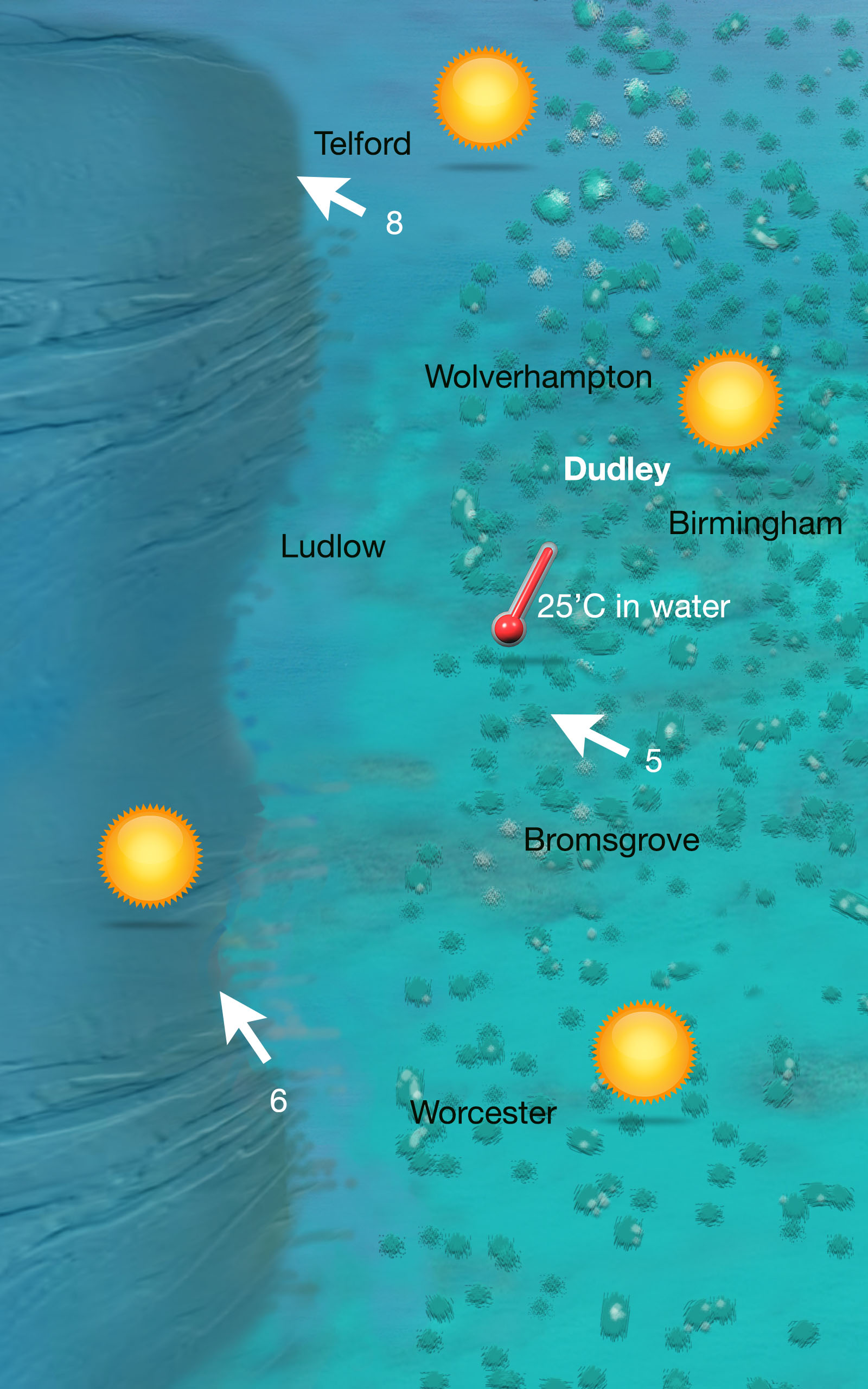 A ‘weather forecast’ for the West Midlands in the Silurian time. Really a bit of fun, based on the likely climate of the time. Mainly calm sunny warm conditions, with very pleasant water temperatures and a trade wind direction. Note the patch reefs.

The picture also emphasises the deeper water out to the west, with canyons cutting down the continental slope where underwater slides of wet sediment have occurred. Such slides could be triggered by earth tremors – the area would be seismically active due to the interaction between the Avalonian and Laurentian plates in the Silurian.