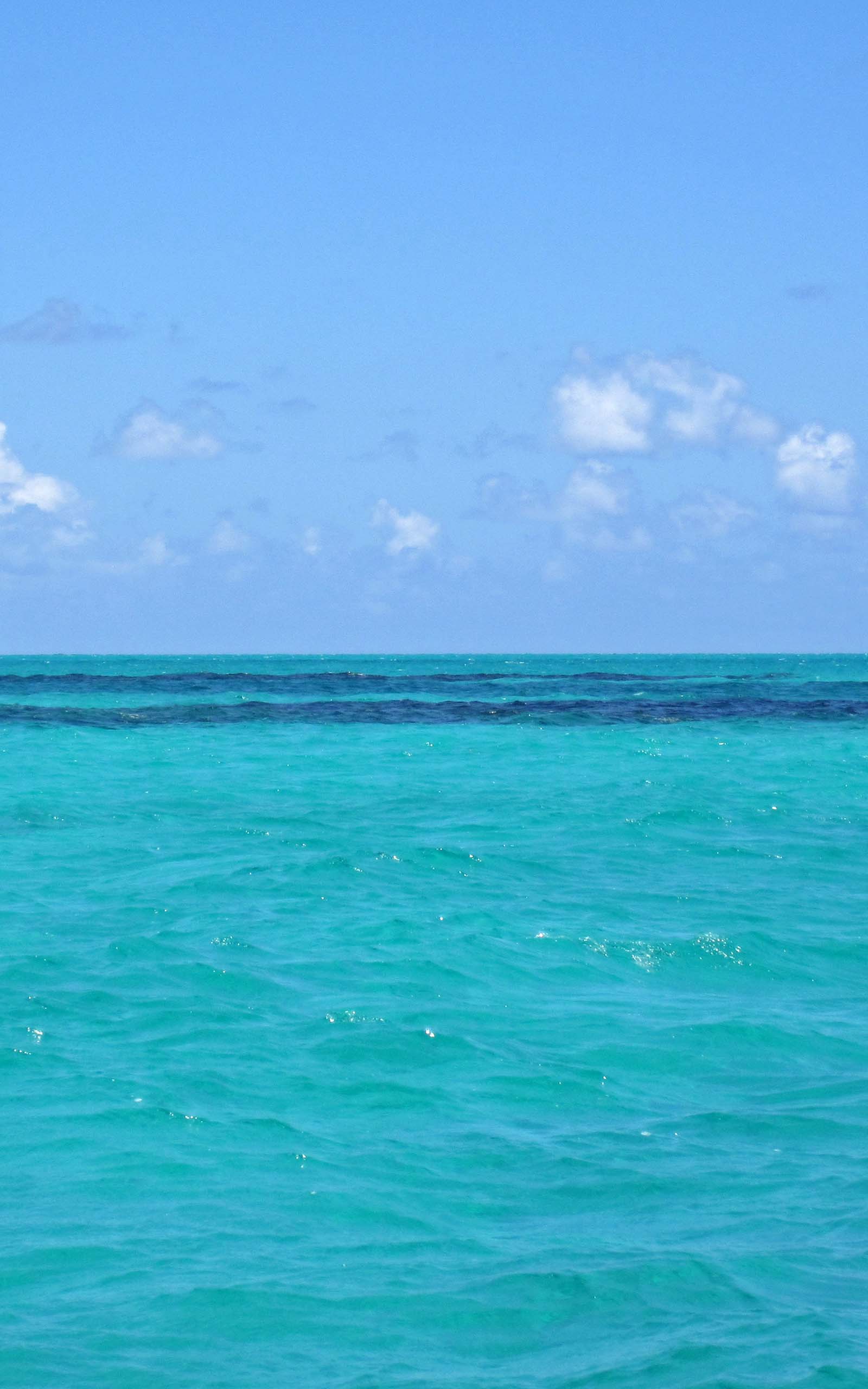 If you had been around in the time the Lower Elton Formation beds were being deposited, then you would have encountered a shallow tropical sea, possibly a few tens of metres deep. This sea covered the continental shelf that extended towards Wales of today’s world. There the water became deeper as shown by the deep water mudstones that form rocks of the same age in Wales, as those here in the Wren’s Nest. 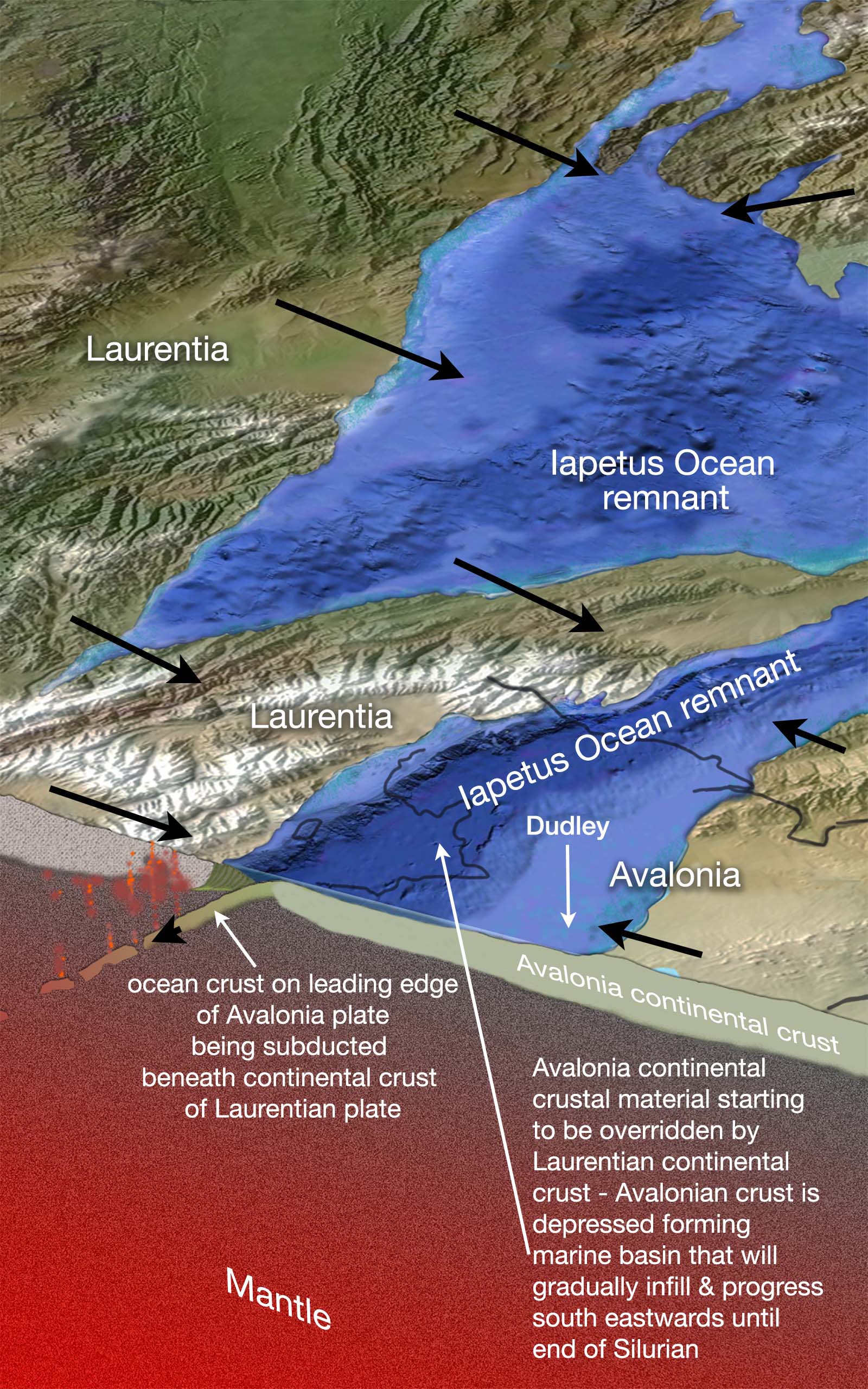 The diagram shows the location of the Wren’s Nest (Dudley) situated in the shallow continental shelf sea as described above, with deeper water out to the west. The big picture here is the ongoing plate collision between the Avalonian and Laurentian plates. This is the final stages of a process stretching back over hundreds of millions of years which seen the once 5000 kilometre wide Iapetus Ocean have its crust subducted into the mantle beneath Laurentia.

By the time the rocks of the Wren’s Nest were being deposited the Iapetus had been effectively closed leaving only a depression flooded with deeper sea water and a place where deep water sediments like mudstones and siltstones were deposited. This depression was essentially a down warping of the Avalonian continental crust as it was being overridden by the continental crust of Laurenta. This whole process finally ‘seized up’ by the end of the Silurian, leaving Avalonia welded – sutured – to Laurentia. The start of the formation of the super-continent Panagea which came into being by the Permian time. 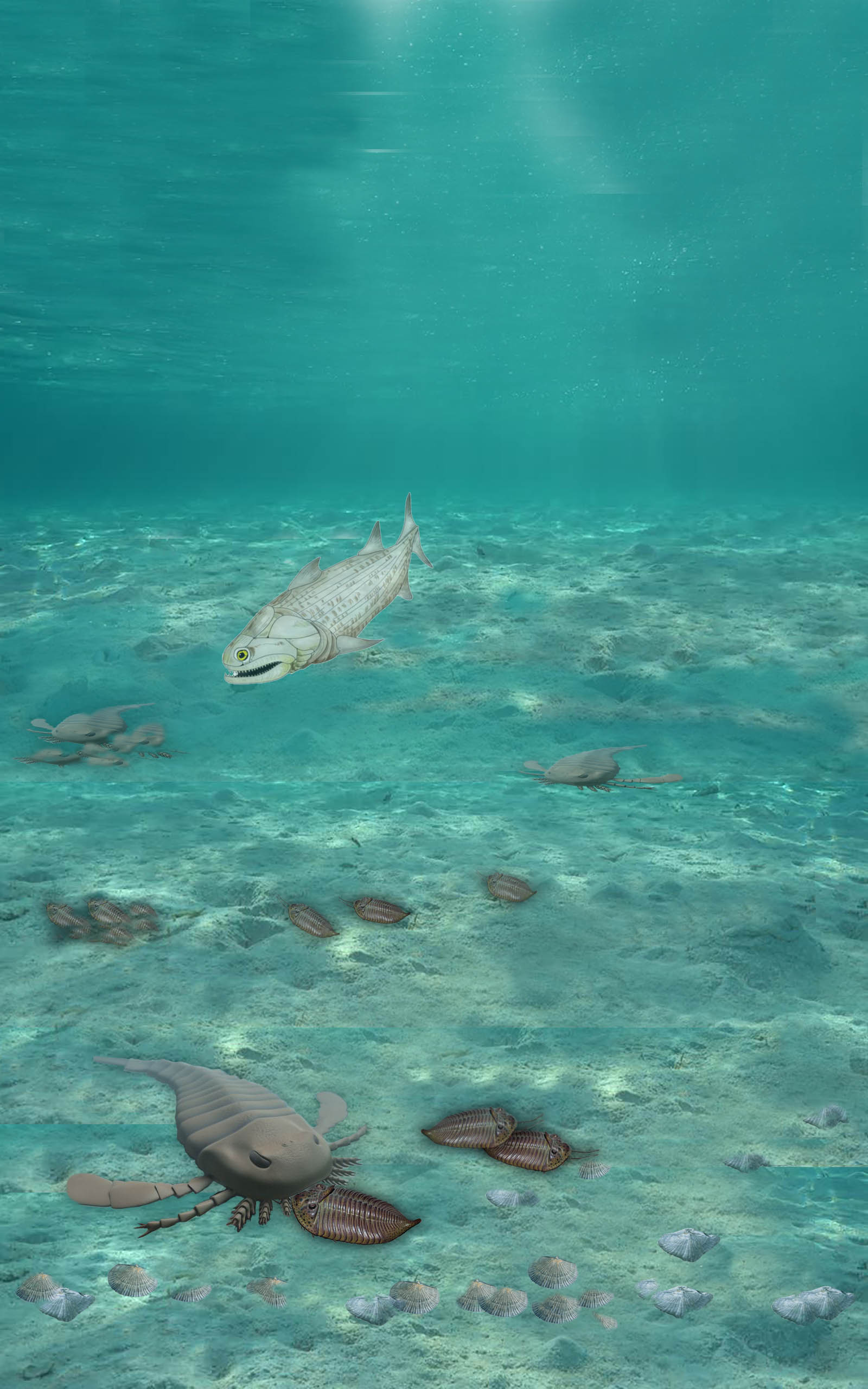 Life on the sea bed where the sediments that now form the beds of the Lower Elton Formation were being deposited around 426 million years ago. The water here would have been too deep and probably too cloudy with fine sediment to encourage coral growth and all the accompanying abundant lifeforms. Bottom scavengers like trilobites would have been trawling over the limey muds and being prayed upon by one of the apex predators of the time eurypterids, which although looking like scorpions were not, they were arthropds. Most species (there were over 250 types) were around 20cm long, although one species obtained a length of 2.5 metres. Their anatomy suggests a carnivorous lifestyle, with trilobites a likely source of food.

The Silurian was a time when many forms of fish begin to appear in the fossil record, although fish do not really diversify until the Devonian period which follows the Silurian. The fish shown here Andreolepis hedei inhabited Silurian seas around 420 million years ago, although no fossil remains have been found in rocks here.