4 Central Plateau
Back to map 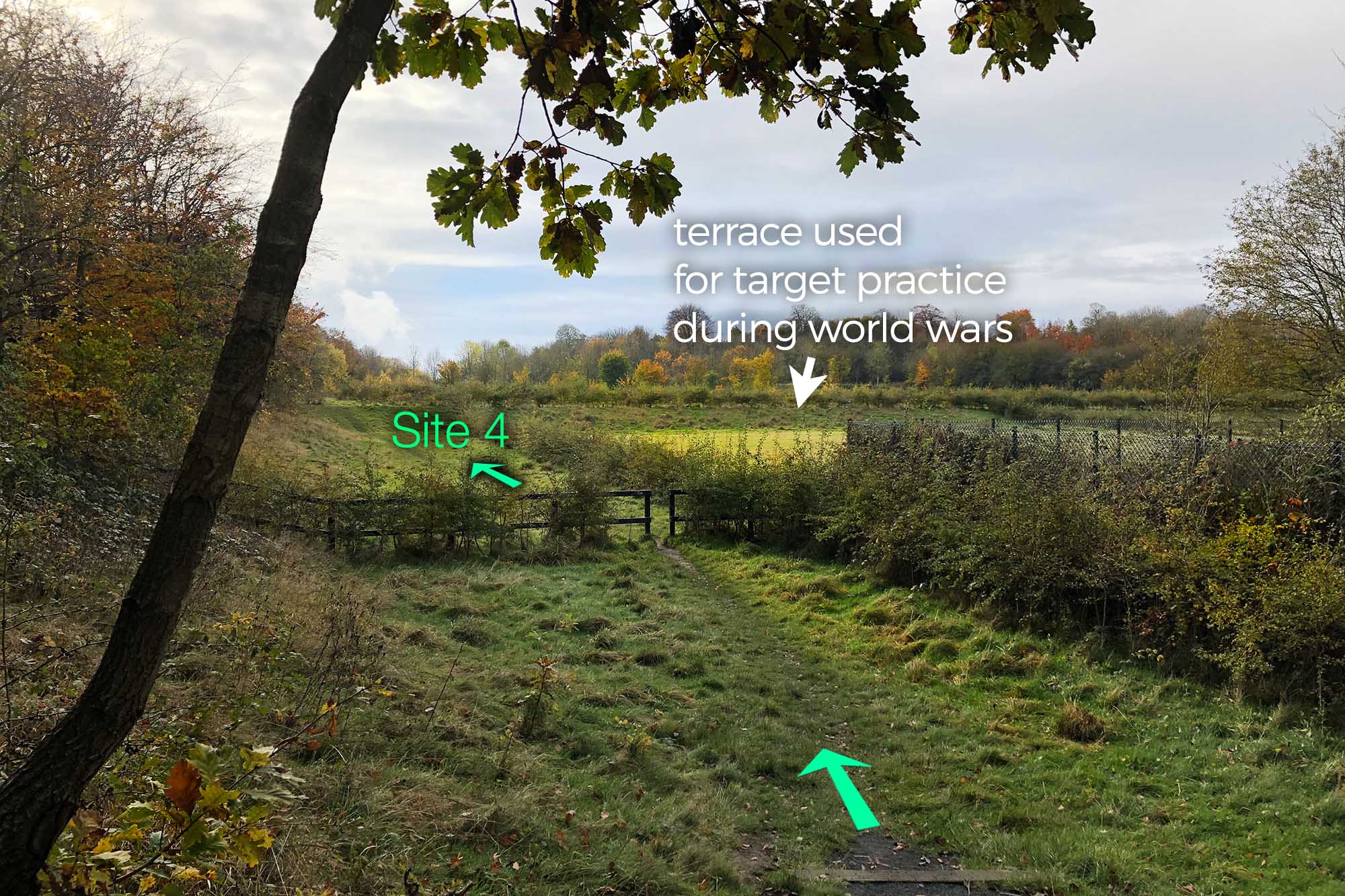 Influence of Man and Ice

Here at the top of the hill we can see a level green open space with terraces that have low slopes between them. This flat area was once farmland that was later used for target ranges for training soldiers during the world wars. Now it is maintained as open green fields to increase biodiversity of the reserve.

The landscape around you is a series of flat fields that are higher in the southern end of the site. The edges of the fields are marked by larger trees that have grown in the abandoned limestone workings that surround them on all sides of the hill. The next image portrays the extend to which the area has been glaciated. 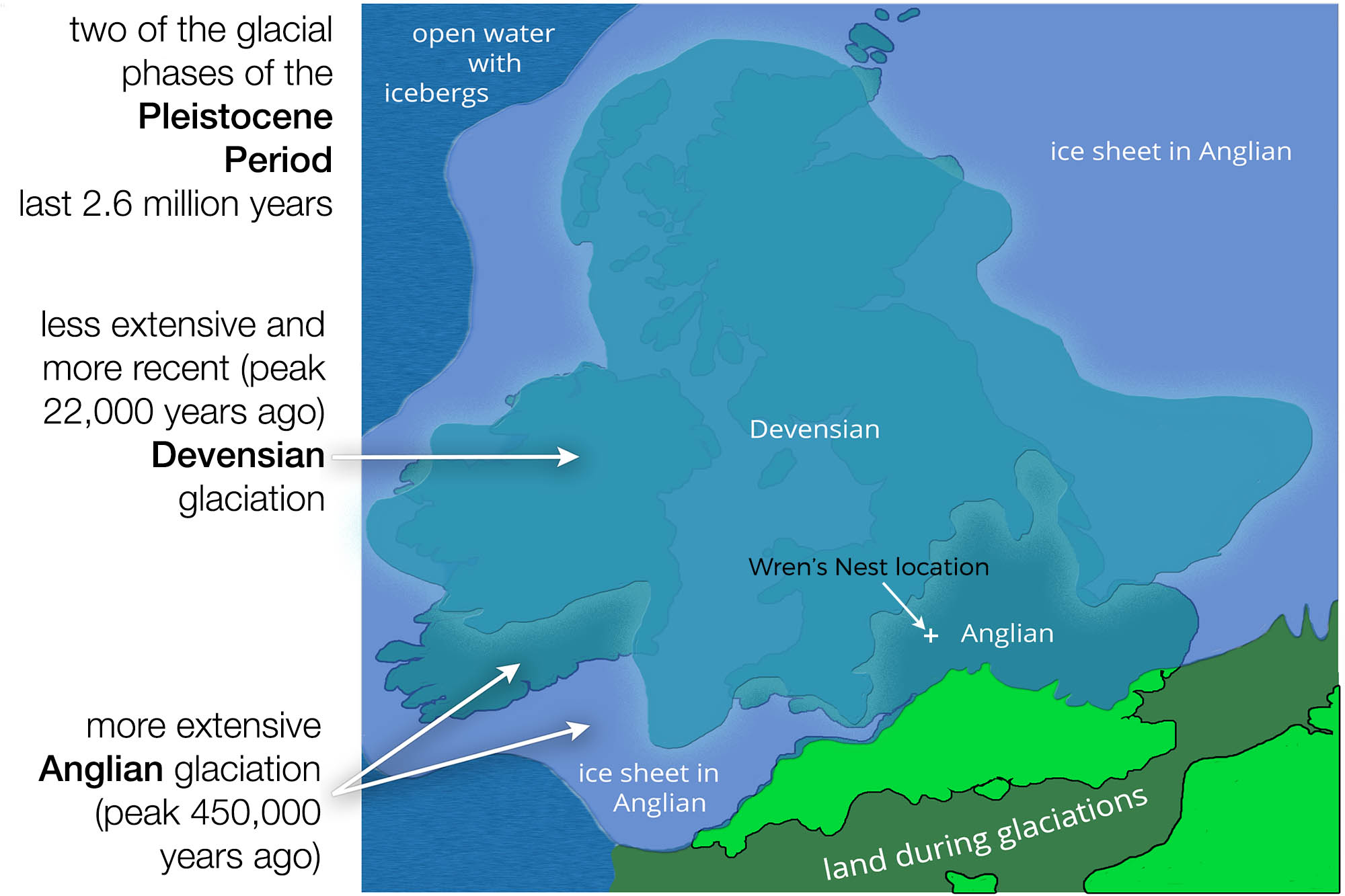 This hill was shaped by the advances of ice sheets during the Pleistocene Period over the last 2.6 million years of Earth history. The last of which pushed thick ice sheets over the hill from the north. This probably took away the limestone beds that formed the top of the arch in the strata here (see pictures below) and left behind this area in the centre of the hill as a flat top.

After the end of the last ice age and the more temporate climate that followed, led to people eventually moving into the area where they foraged in woodlands that covered the hill before clearing the area for agriculture much later on in the human story. 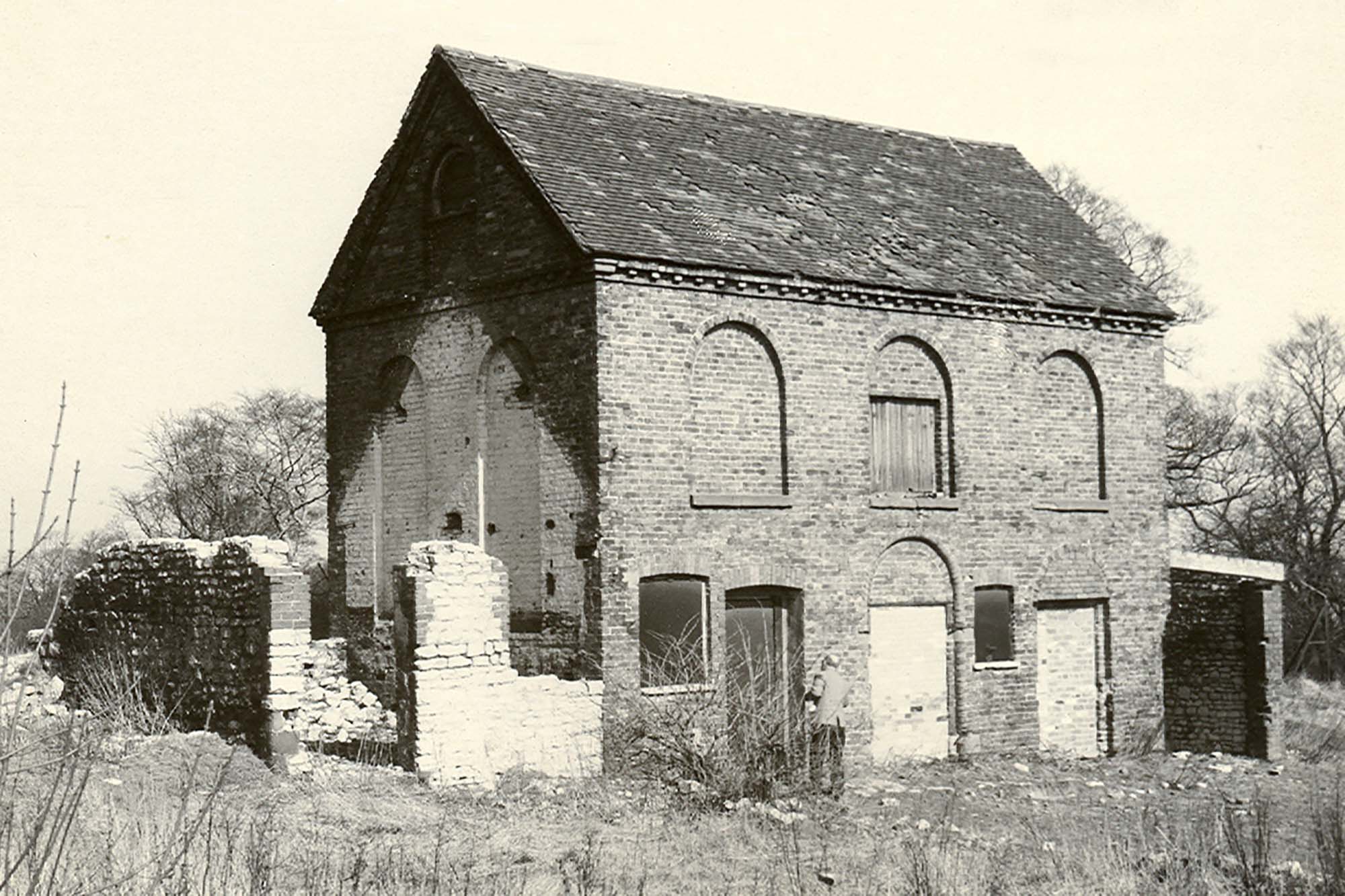 Abandoned farm house, now demolished, that stood here when this area was an active farm. The picture dates from 1963. 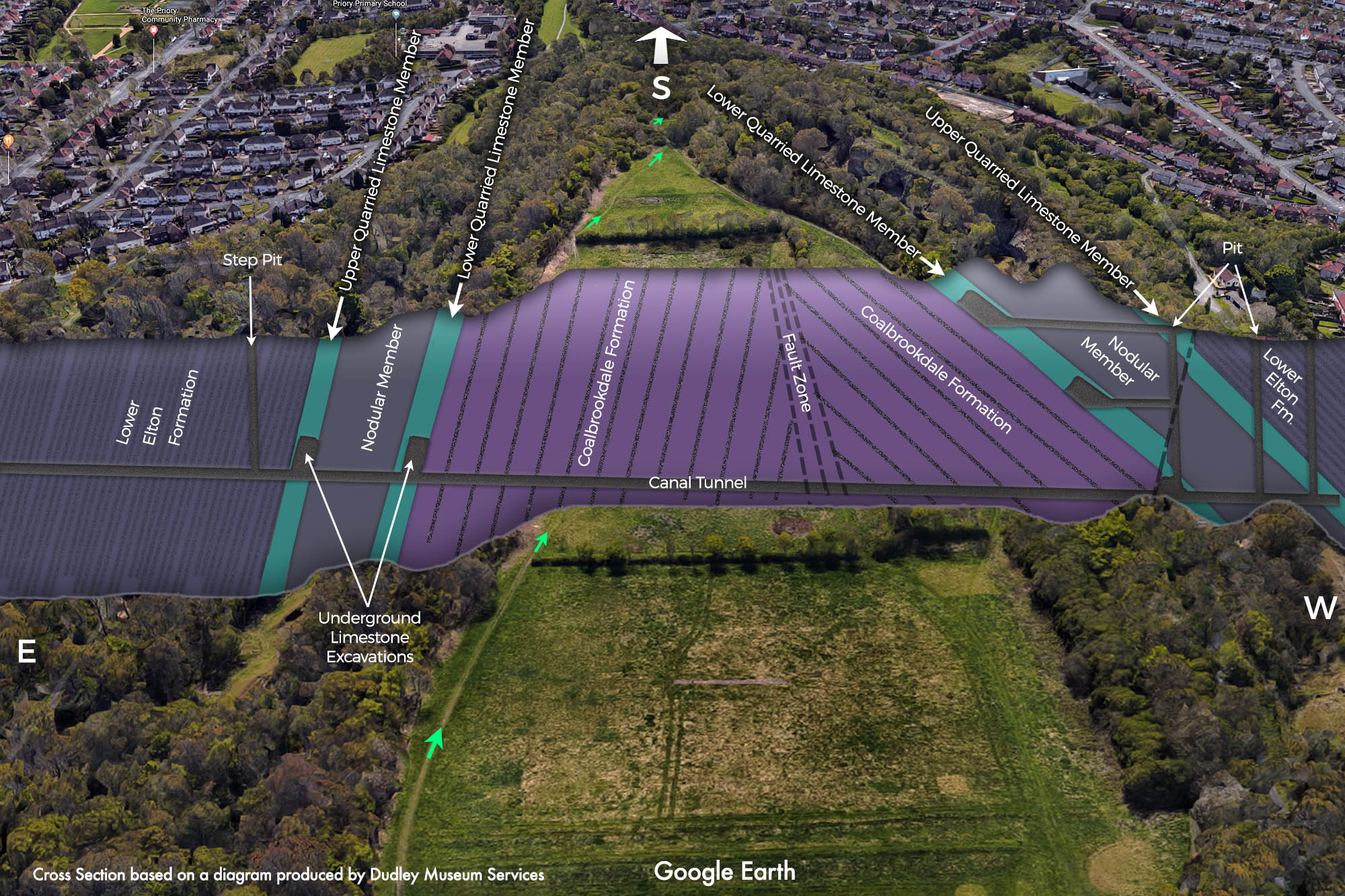 If you were to cut open Wren’s Nest Hill along an east west line, you would see the rocks on the east side dipping in the opposite direction to those on the west side. The two sets of rock beds coming together along a fault zone that runs roughly north south along the axis of the hill.

The diagram also includes the canal tunnel which runs beneath the hill and the major underground excavations to get to the Lower and Upper Quarried Limestones. The easy to get at surface exposures of these rocks were quarried away in earlier times. Plus the rock from deeper underground and therefore less exposed to weathering would be of a higher quality for building. 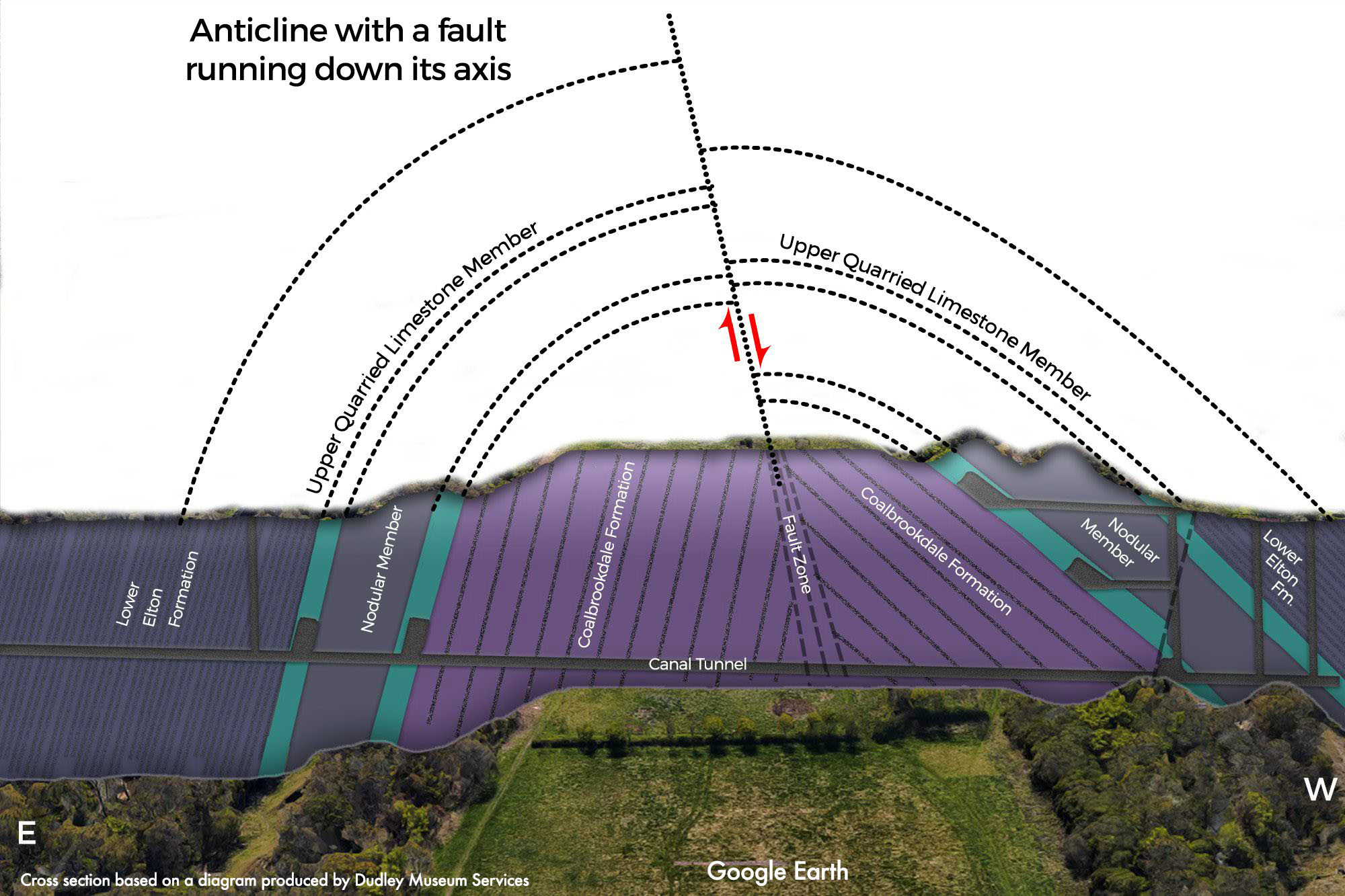 A lot of rock has been eroded away!

Erosion, during the Ice Age and earlier times, has removed a lot of rock from the fold that forms the Wren’s Nest Hill.

When rocks are folded upwards it is called an anticline. If folded downwards it is termed a syncline.

A fault (locate it on the map) runs right along the north-south axis of Mons and Wren’s Nest hills. The rocks on the eastern side of the fault have been moved upwards compared to the rocks on the western side. 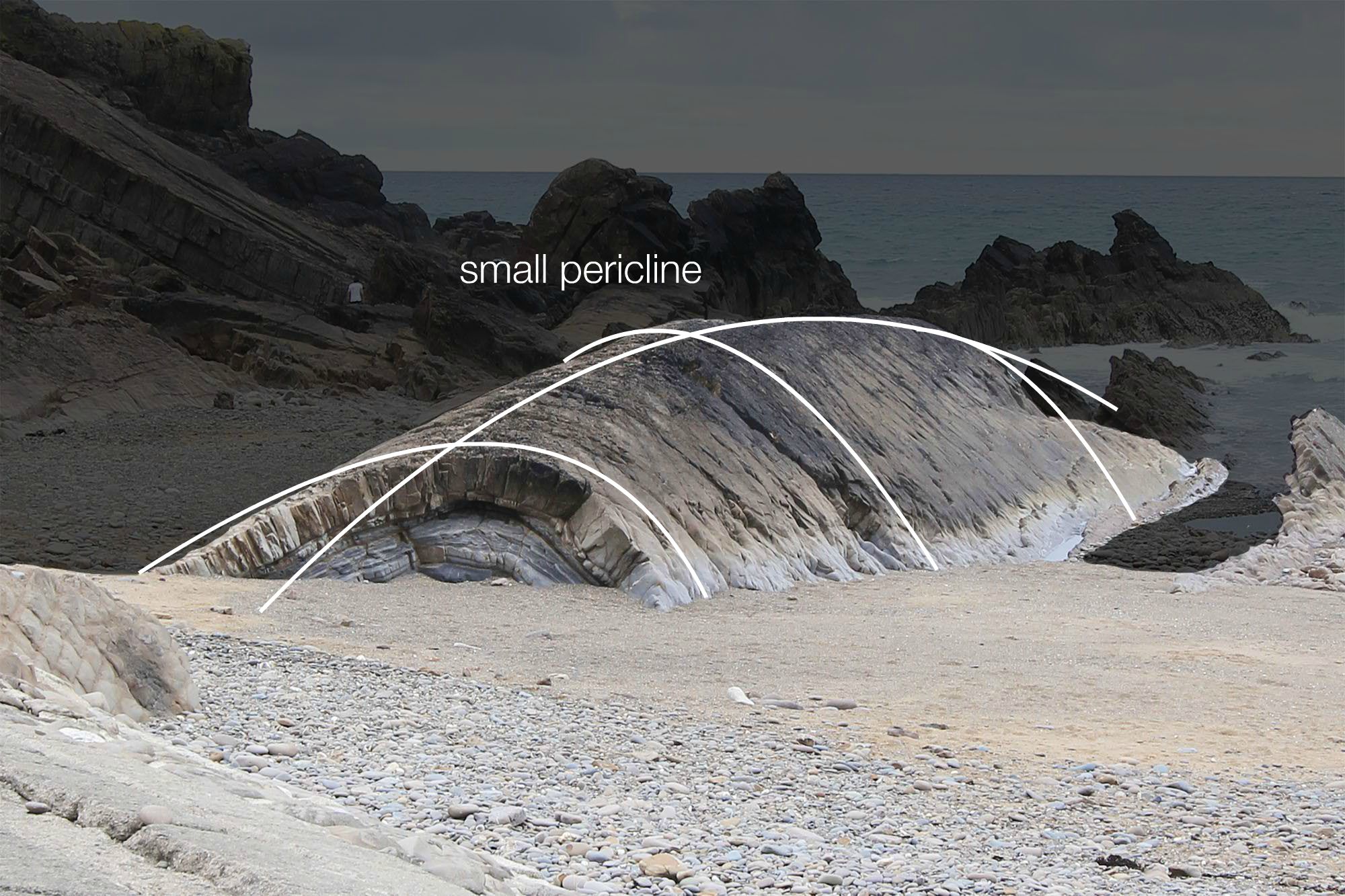 Wren’s Nest is a pericline

The rocks of Wren’s Nest are not just folded from east to west but also slightly folded in a roughly north south direction. The resulting domed structure is called a pericline. To help visualise this, you have a photo of a ‘baby’ pericline on the beach at Bude in Cornwall. The pericline of the Wren’s Nest and Mons hills has had its top sliced off by erosion to produce the pattern of rock outcrop that we see today.

The neighbouring hills of Castle Hill Dudley and Beacon Hill Sedgley are formed of the same Silurian rocks as Wren’s Nest and are also periclines. They are also termed inliers as they are outcrops of older rocks surrounded by younger rocks – rocks of the Carboniferous. 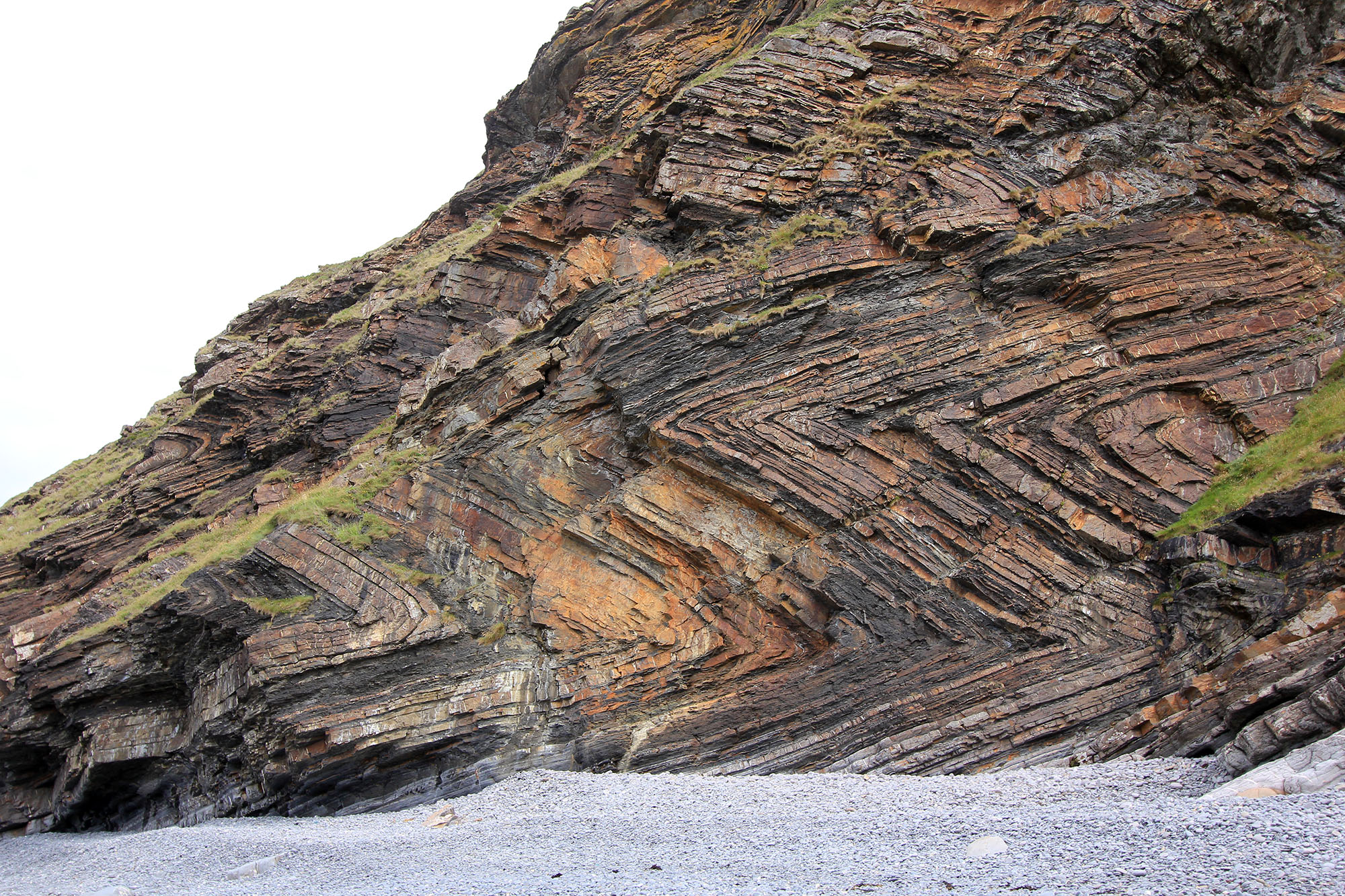 How can hard rock fold?

Rock will fold when:

1. The rock beds are buried, perhaps several kilometres down in the crust.

When an otherwise rigid material like rock has force applied over thousands of years it will flow like a soft plastic material. Our experience of material behaviour is based on a narrow view of time!

We experience ice as a rigid material, but when exposed to gravity over months and years it flows like a river. At the other extreme, a force applied to a liquid for a tiny fraction of a second, causes it to fracture like a solid. 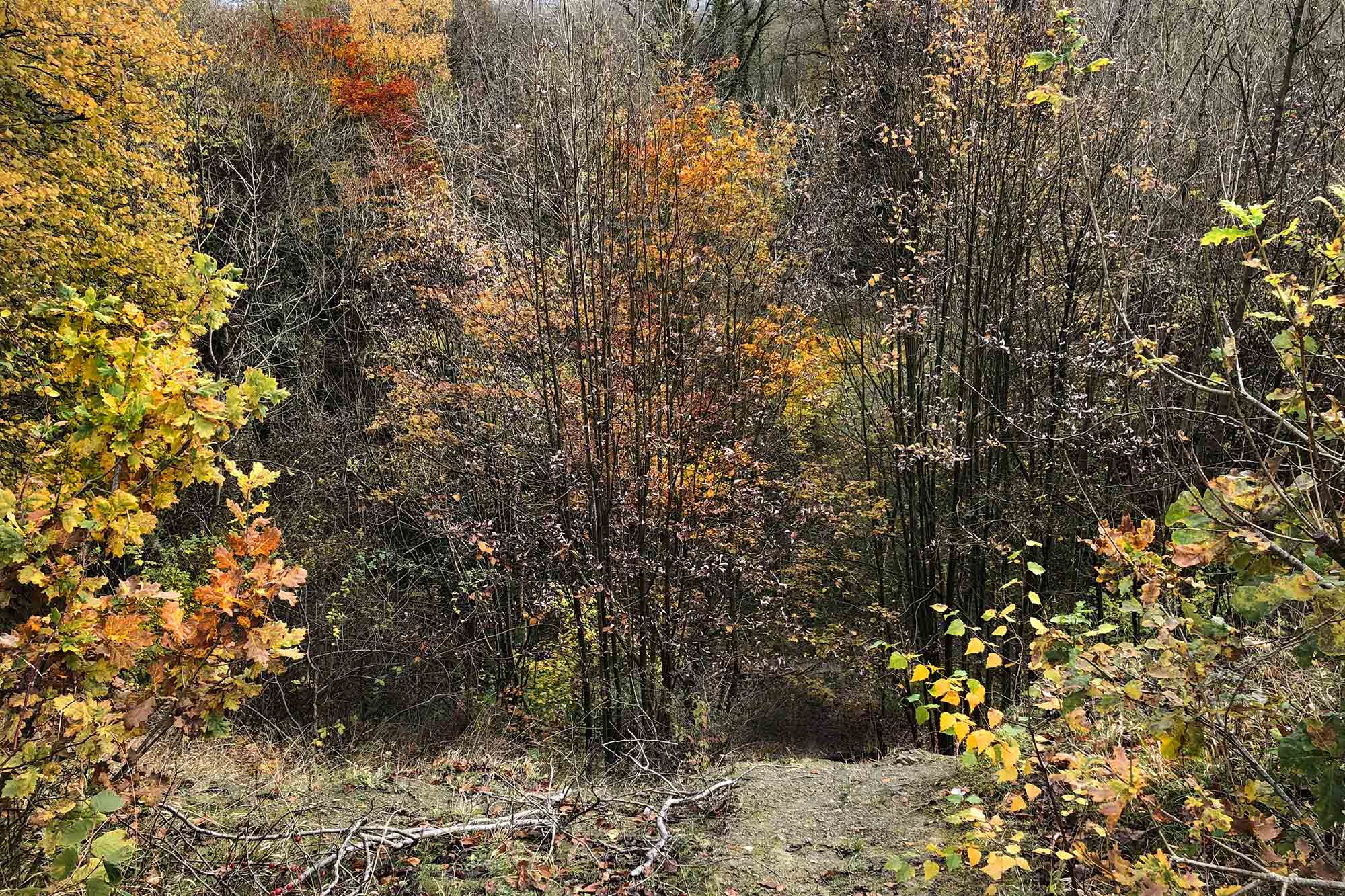 Find the spot on the map labelled ‘view’ just south of Site4. With care take a look at this view (beware the steep drop). You will see the ground plunge away into a deep tree filled gully. This gully has been formed by the extraction of the Lower Quarried Limestone. Through the trees, there will be a ridge of Nodular Member and beyond a second gully produced by extraction of the Upper Quarried Limestone. 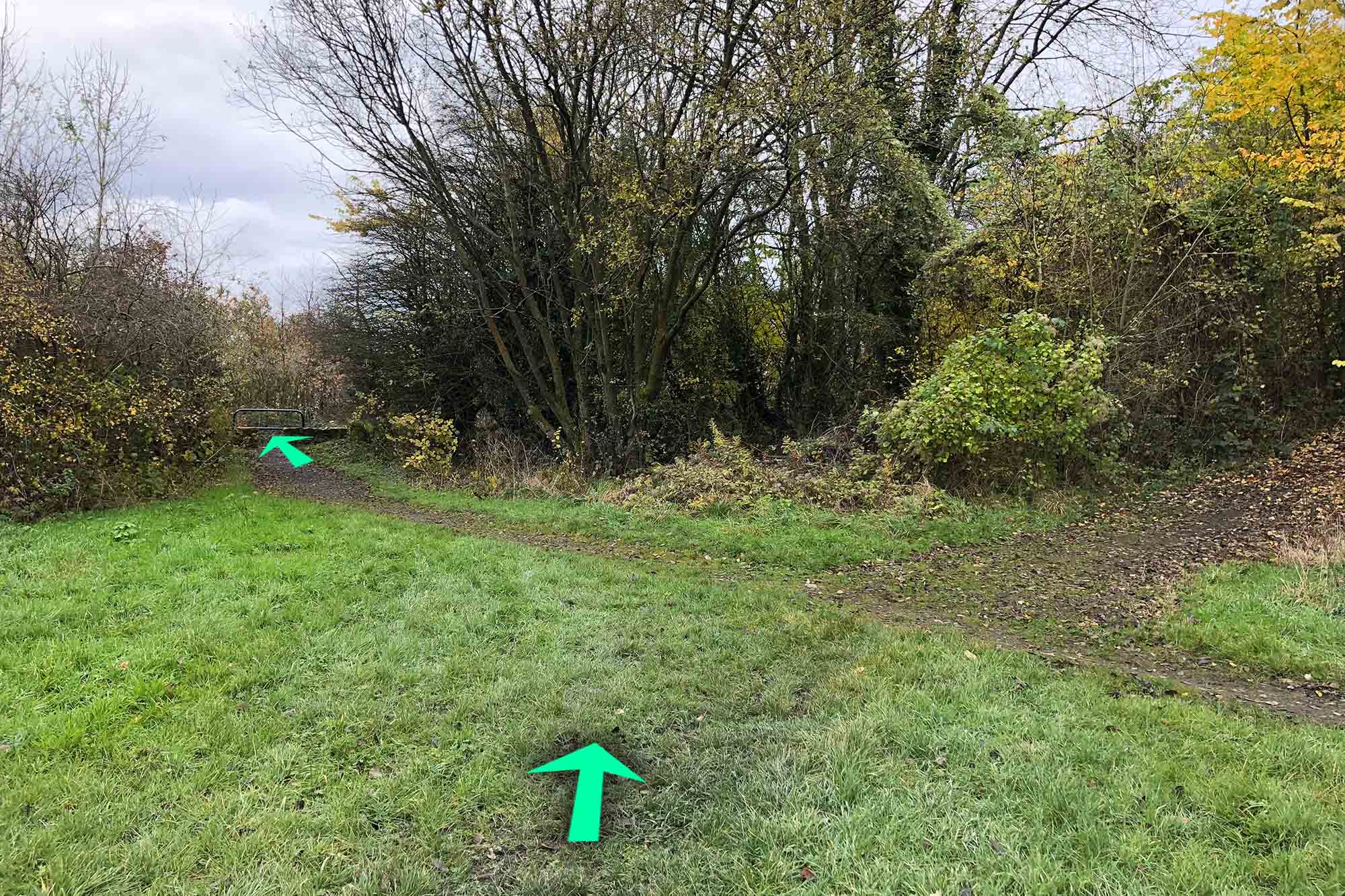 Just before you reach this spot you will have passed over the Wren’s Nest canal tunnel, about 60 metres below. The tunnel was used by boats carrying limestone quarried deep underground in the area of Site 6. 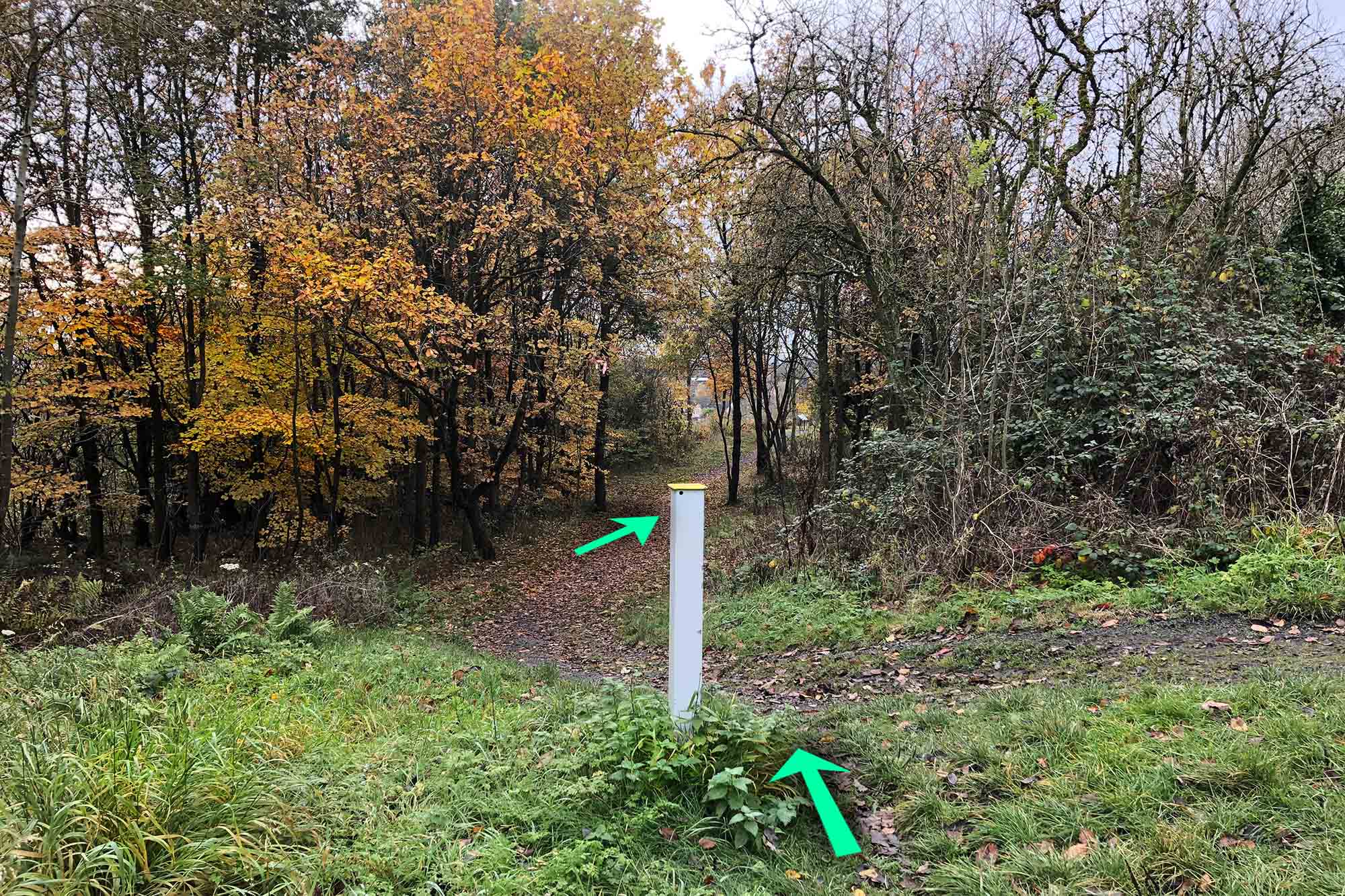 Route down to site 5, which is located on the southern end of the hill, around the line of the fault which runs roughly north to south through the hill.

Which of the following is a past use of the central area of Wren’s Nest.

The rock beneath site 4 is called the-

At site 4 are you over the oldest or youngest rocks of the Wren’s Nest area?

a) Oldest
b) Youngest

The rocks here are folded into which of the following structures

Task Site 3
Back to the map
Task Site 5