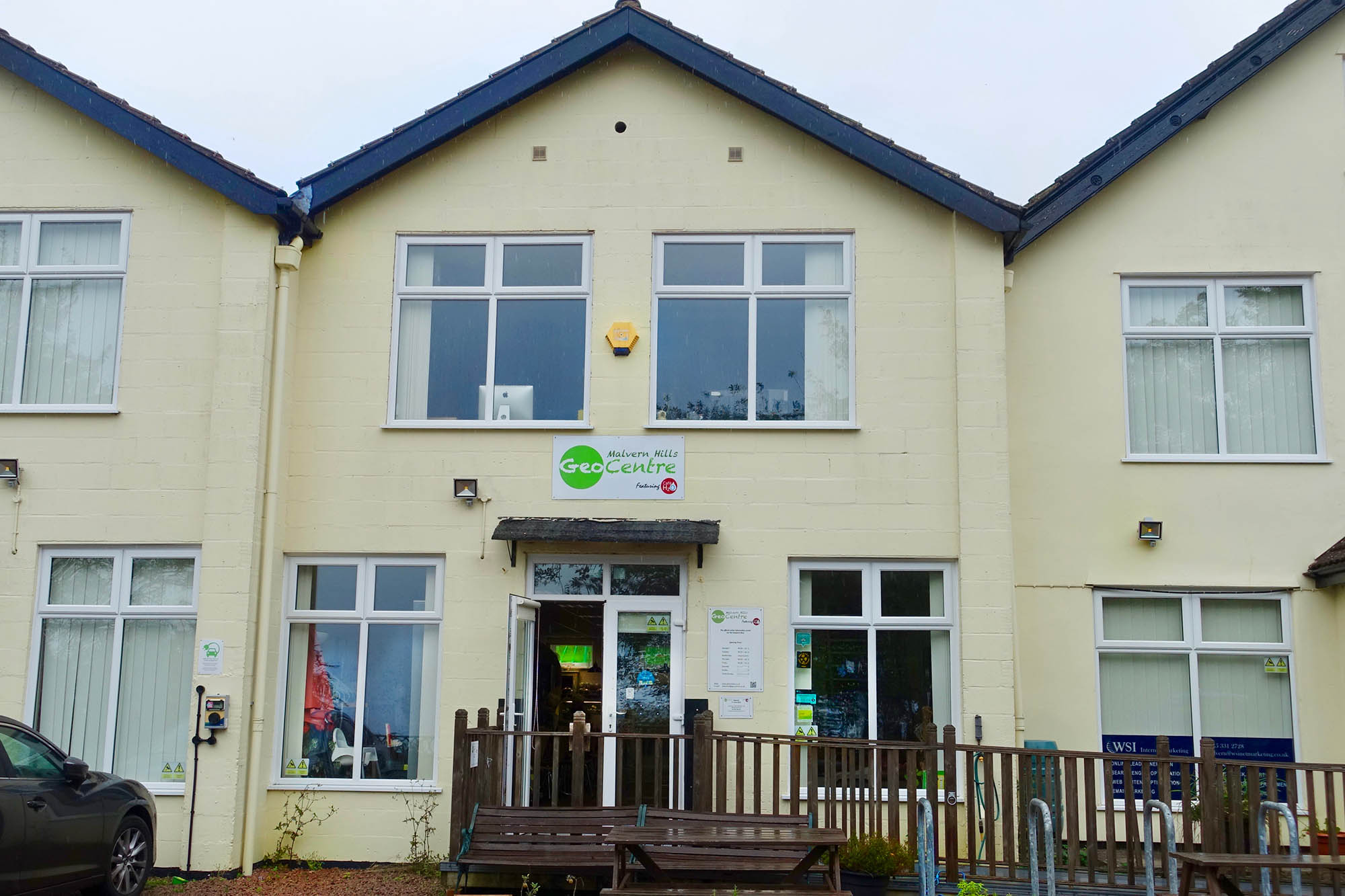 This is an excellent place to start and finish a Voyage along the central ridge of the Malvern Hills. Besides also being a popular café (called H2O), the GeoCentre has available much interesting information about walking on the Hills, as well as about its geology, wildlife, and history.

A short distance (c 120m) along the road above the GeoCentre is the Wyche Spout (Site 2), and just beyond is the Wyche Cutting (Site 3).

Why ‘crumb.sandbags.leap’ on the map? This is the unique three word location for the entrance to the GeoCentre using the what3words spatial location system. What3words divides the surface of the planet into 3m x 3m grid squares and assigns a unique combination of three words to each square. For more information visit what3words.com 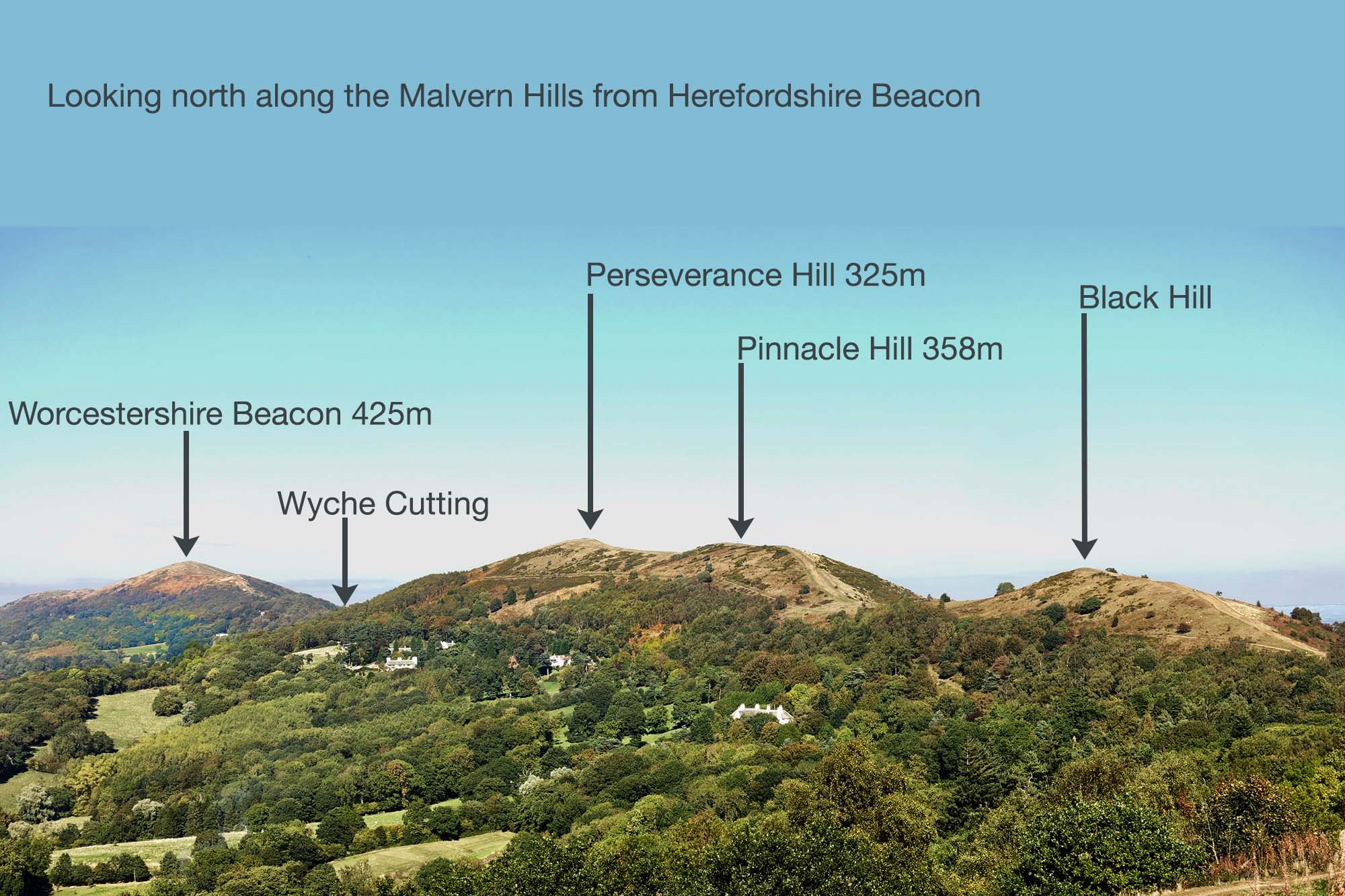 The Malvern Hills started out as molten rock (magma) deep in the Earth’s crust nearly 700 million years ago. We call this period of deep time the ‘Precambrian’. Since then the rocks have been deformed, injected with other hot rocks, and changed to create a complex arrangement of hard rocks. The central ridge is flanked on either side by younger, layered (sedimentary) rocks. As we shall see later in the Voyage, those on the west side (Herefordshire) are rather different from those on the east side (Worcestershire). 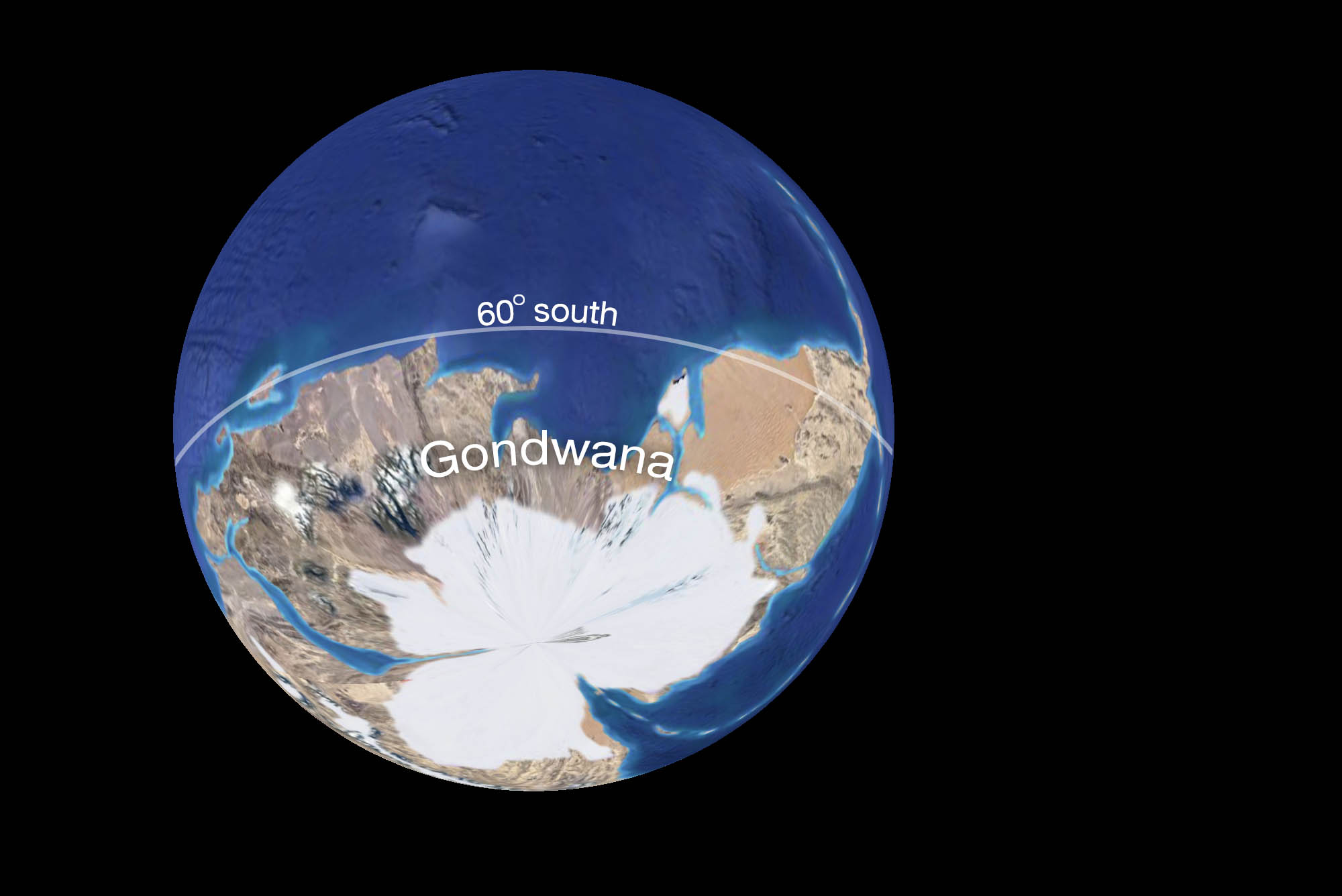 The rocks of the Malvern Hills were created at a time when the shape and position of continents was very different from today. The Malverns area was then located some 60 degrees south of the equator, on the edge of a supercontinent called Gondwana. Here a collision took place between two tectonic plates, forcing magma to well up near the surface. Over hundreds of millions of years, these rocks have slowly migrated to their current position, experiencing at various times, change (known as metamorphism) caused by great heat or pressure, burial by other rocks, and then uplift and exposure at the surface. 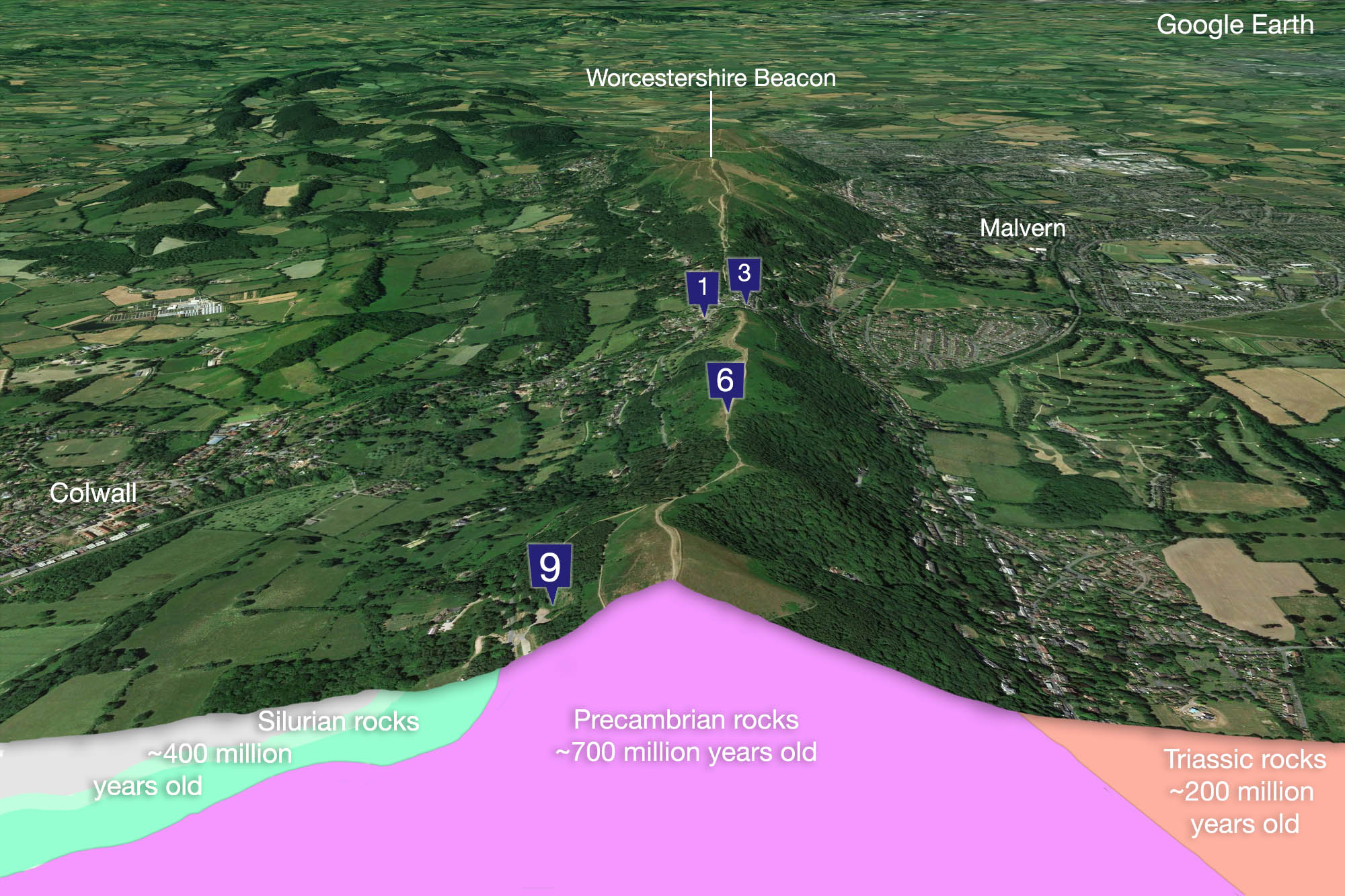 The cross section shows the Malvern ridge today and the lower ground either side. The adjacent sedimentary rocks to the west were laid down in oceans and seas, creating mainly limestones and shales over 400 million years ago in Silurian times. Those to the east were formed around 200 million years later, in semi-arid conditions (forming mainly mudstones and sandstones) during Triassic times. Near the Malverns, most of these layered rocks have been tilted by ancient earth movements. You are standing on the tilted rocks to the west now. If you touch the ‘then’ button (in the app), you will see what this part of the world looked like in the Silurian.

The numbered markers on the picture, are task site locations along this Voyage.

What age are the oldest rocks on the Malverns ridge?

Back to map
Task Site 2