The block diagram depicts the situation in the future Martley area around the late Carboniferous to early Permian. The area is covered by a ‘Bahada’ plain of rock debris and finer sediment which is periodically carried over the surface by flash floods, spreading to form sheets of sediment laden water. Based on the provenance of the rocks fragments (clasts) in the Haffield Breccia the source would appear to be South Shropshire.

Note the East Malvern Fault has active easterly directed movement in the Permian. Opposite to the earlier situation when the Variscan Orogeny produced a westerly displacement on the fault and the associated set of thrusts. This change in the direction of fault movement reflects the change from a compressive regime during the orogeny, to one of extension as crustal relaxation occurs post orogeny. A key feature of the extensional phase was the formation of the Worcester Basin (graben). See topography inversion. The graben was a depositional centre, starting with the Haffield Breccia, followed by later Permian and Triassic sediments. The diagram shows a thicker accumulation of the breccia to the east of the fault zone. The existence of localised groups of conifers and a reptilian ecosystem has no direct support, as no fossils have been extracted from the Haffield Breccia. Instead this is based on evidence from coeval (time equivalent rocks) located further to the east.

The two photographs provide examples of the appearance of Haffield Breccia as exposed in pit on the top of Berrow Hill near Martley.

Pediplain versus Bahada
The  erosional surface upon which the breccia accumulated is termed a pediplain.. The pediplane will be produced during a period of uplift, where the elevated rock surface will be plained away by erosional forces. Once deposition dominates on the plain, the term  Bajada (or the anglicised form Bahada) is applied. In the Martley area the pediplain slopes very gently eastward, cutting across thrust and folded rock of Precambrian to Carboniferous age. 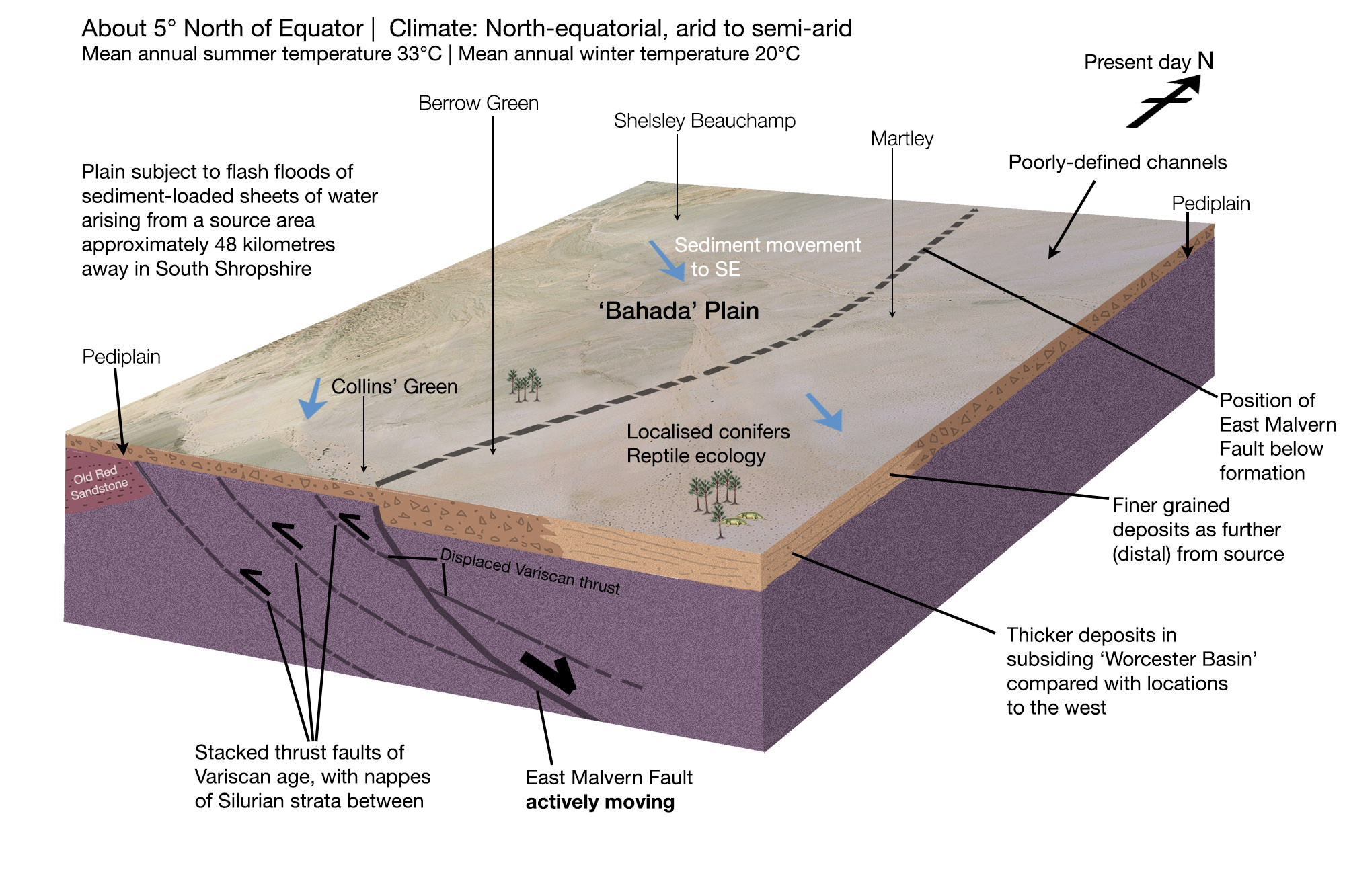 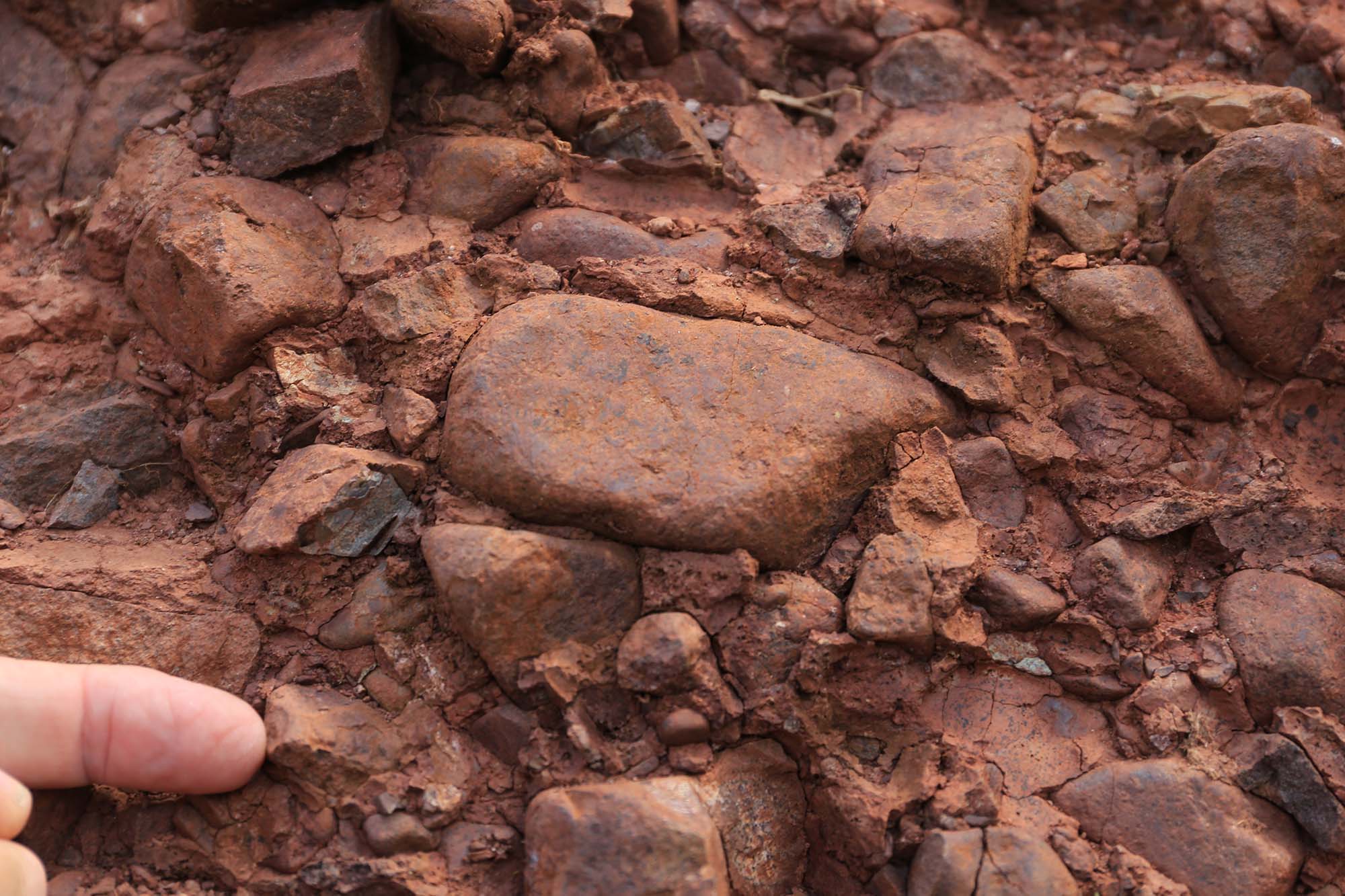 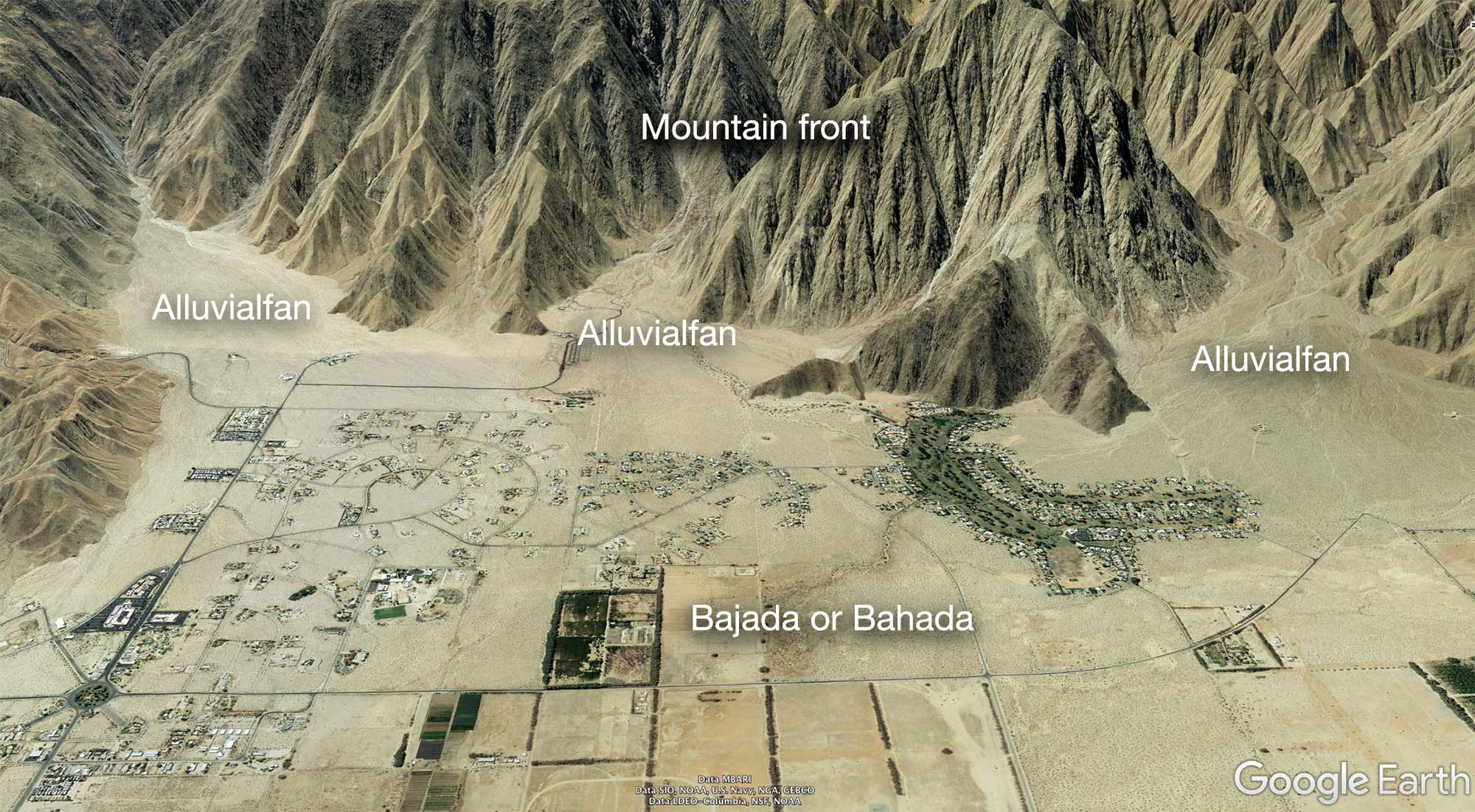 Bajada (or Bahada) plain in SW California where the Spanish name Bajada was first used for this type of landscape (geomorphological) feature.