9 Marlstone Rock Bed
Back to map 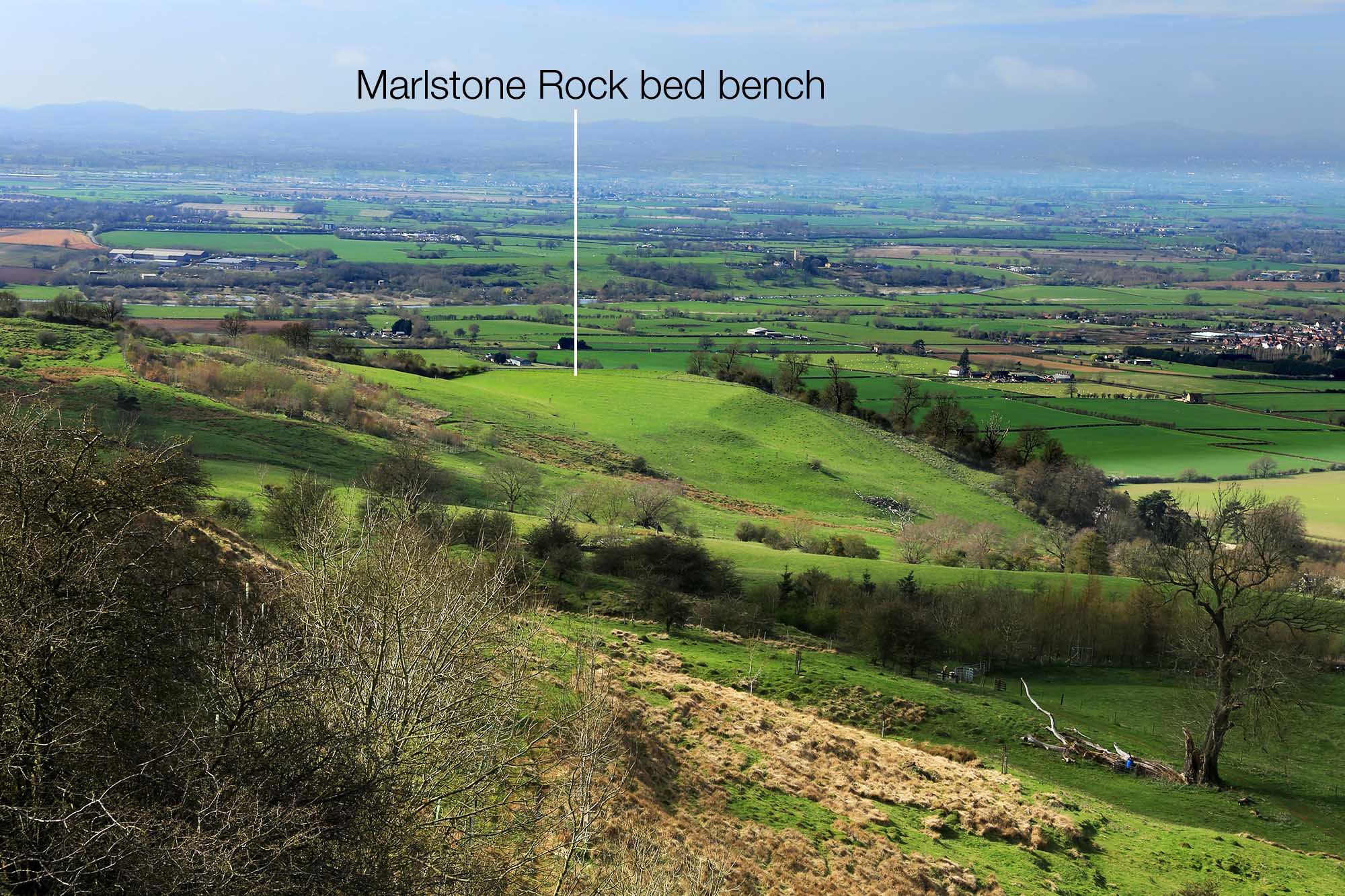 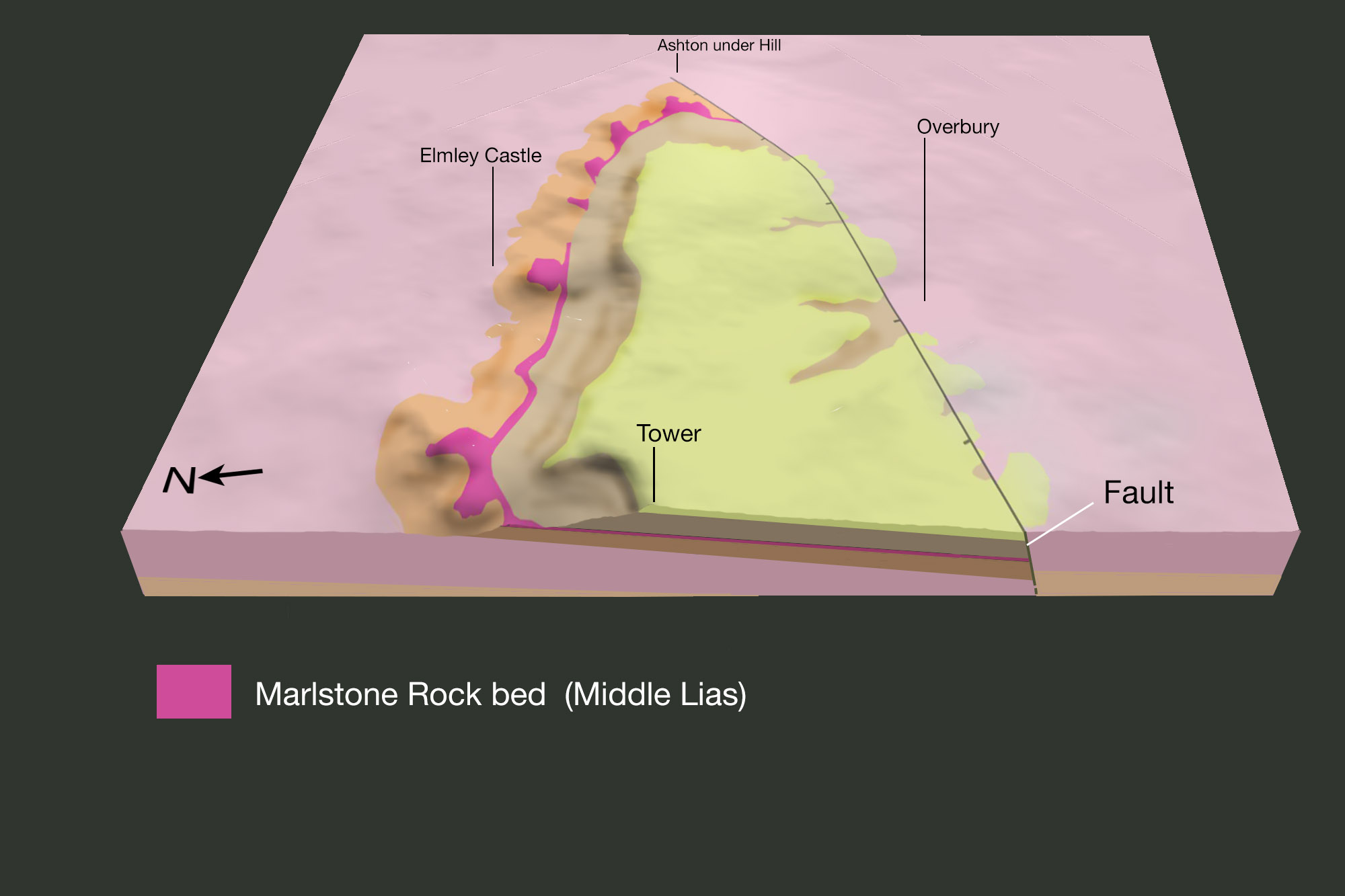 Benches in the landscape

Wherever the hard Marlstone Rock bed of the Middle Lias outcrops around Bredon Hill, it forms a series of prominent flattish platforms or benches that protrude out of the softer clays.

If you look over the wall and down toward the valley bottom (relates to first picture above), see how many sections of Marlstone Rock bench you can identify. 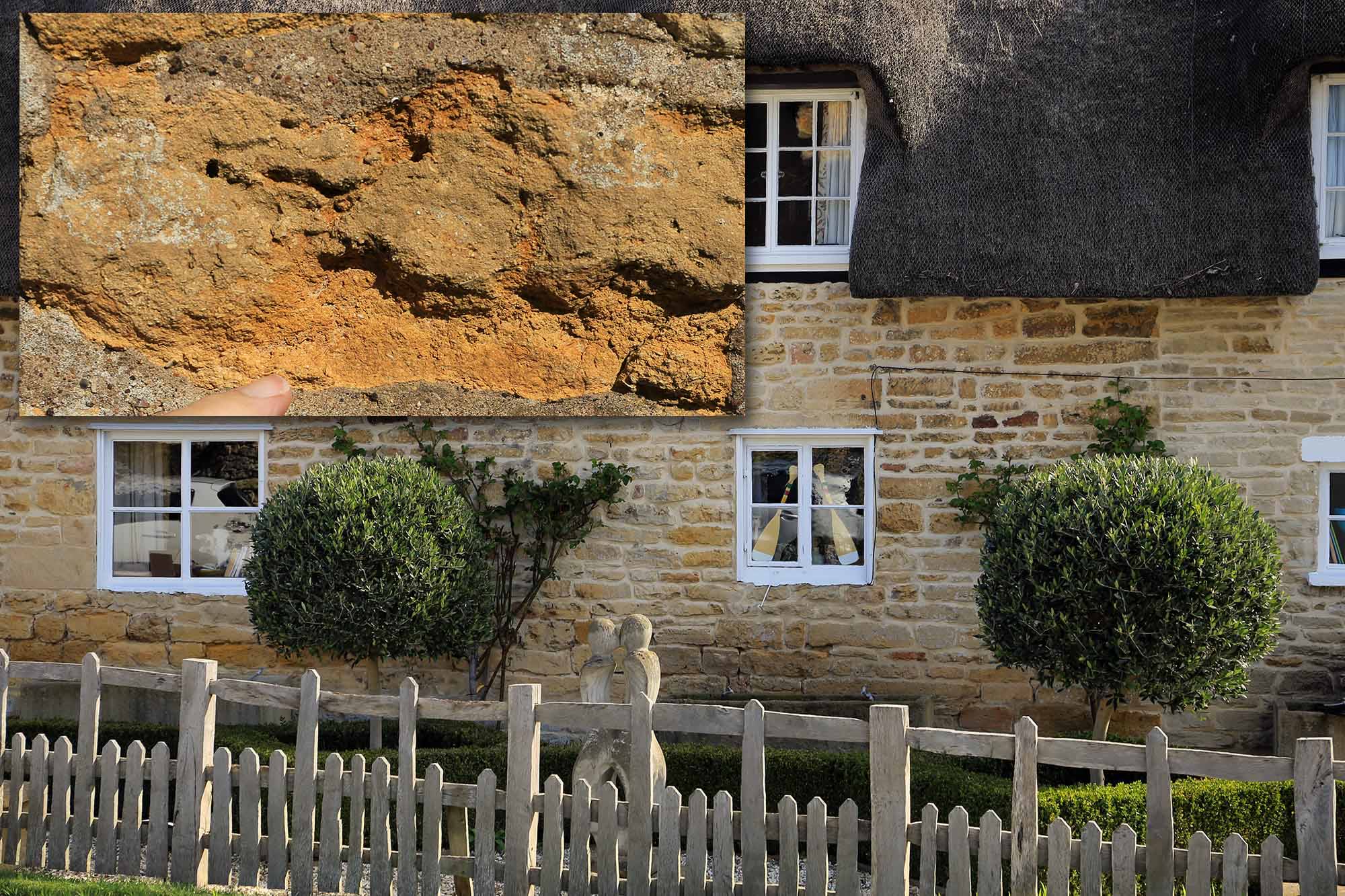 The Marlstone Rock has been quarried along its outcrop above Elmley Castle and Aston Under Hill.

Visual appraisal of the Lalu Barn borehole cores indicate that the Marlstone Rock contains iron pyrites, that on weathering break down to give the rock a distinct rusty colour.

Some of the buiding in villages around Bredon Hill are constructed from Marlstone that have this rusty coloured appearance. The inset picture shows the rusty sandy appearance, along with shell debris. 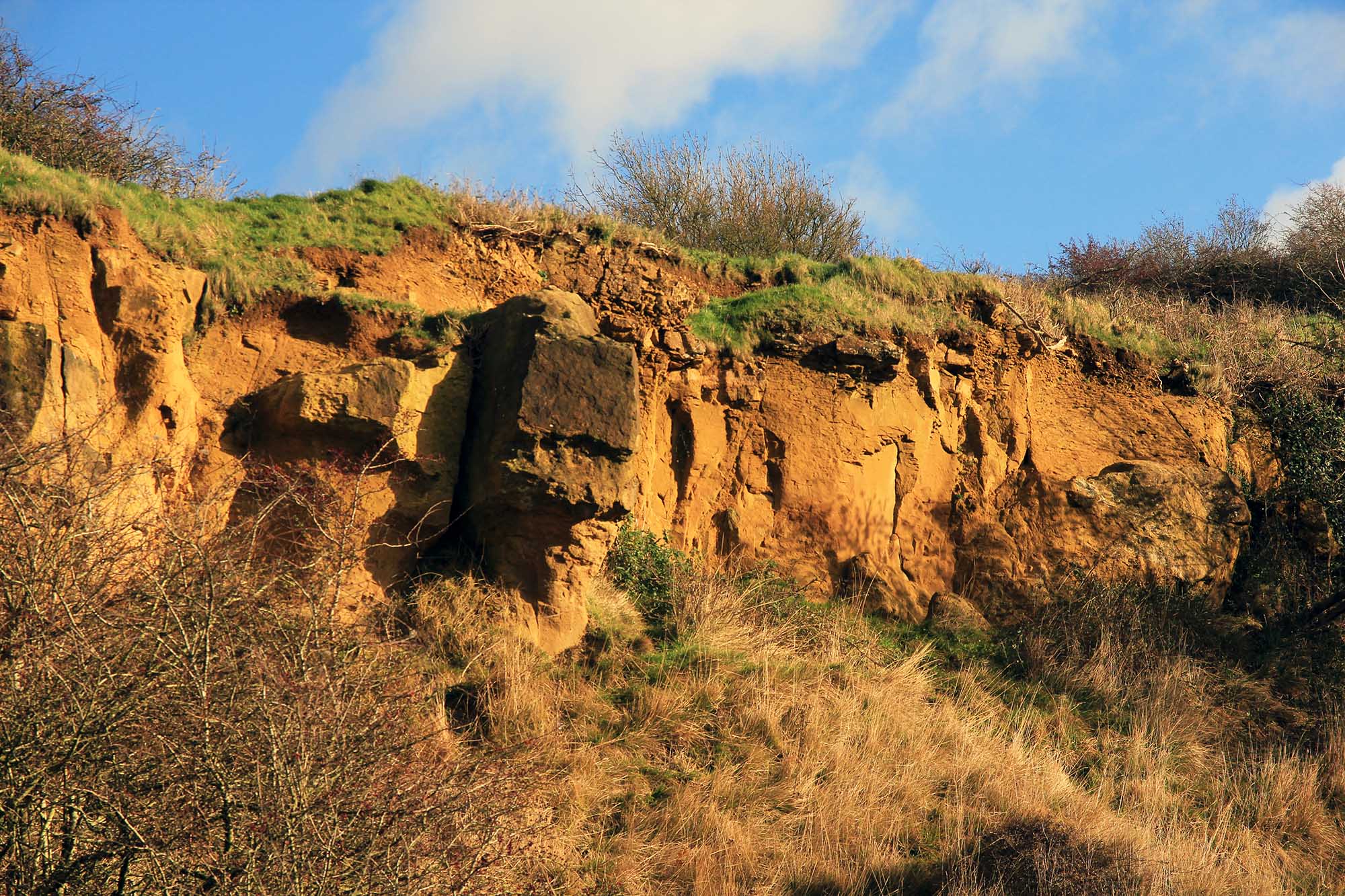 Exposure of the Marlstone Rock bed on Robin’s Wood Hill near Gloucester. This hill has the same rock sequence as Bredon Hill and is also an outlier of the Jurassic rocks of the Cotswolds.

These iron rich rocks can be traced northwards to Cleveland in Yorkshire. At Grantham, Melton Mowbray and Banbury area it has been extensively quarried as a source of iron ore. 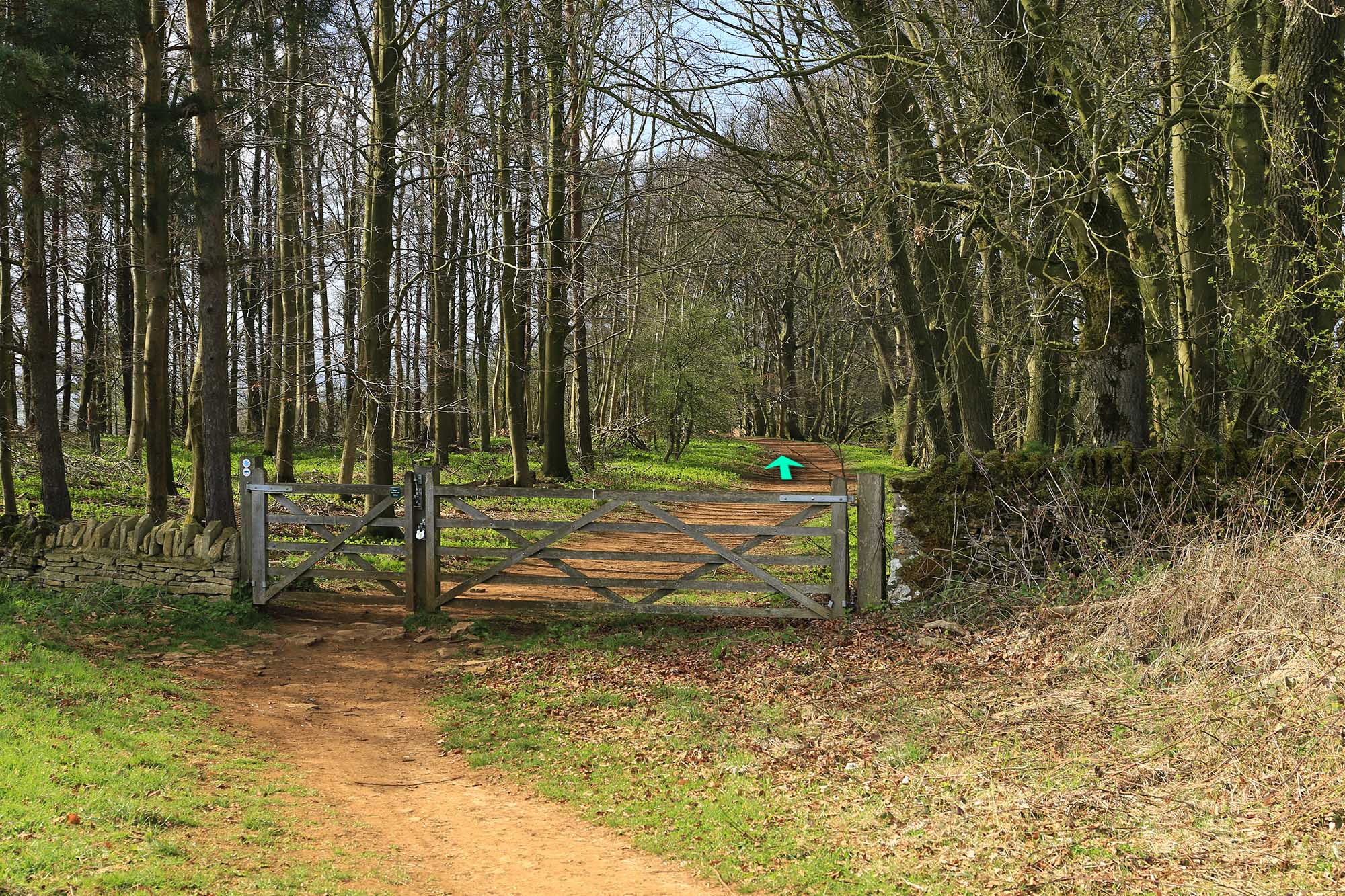 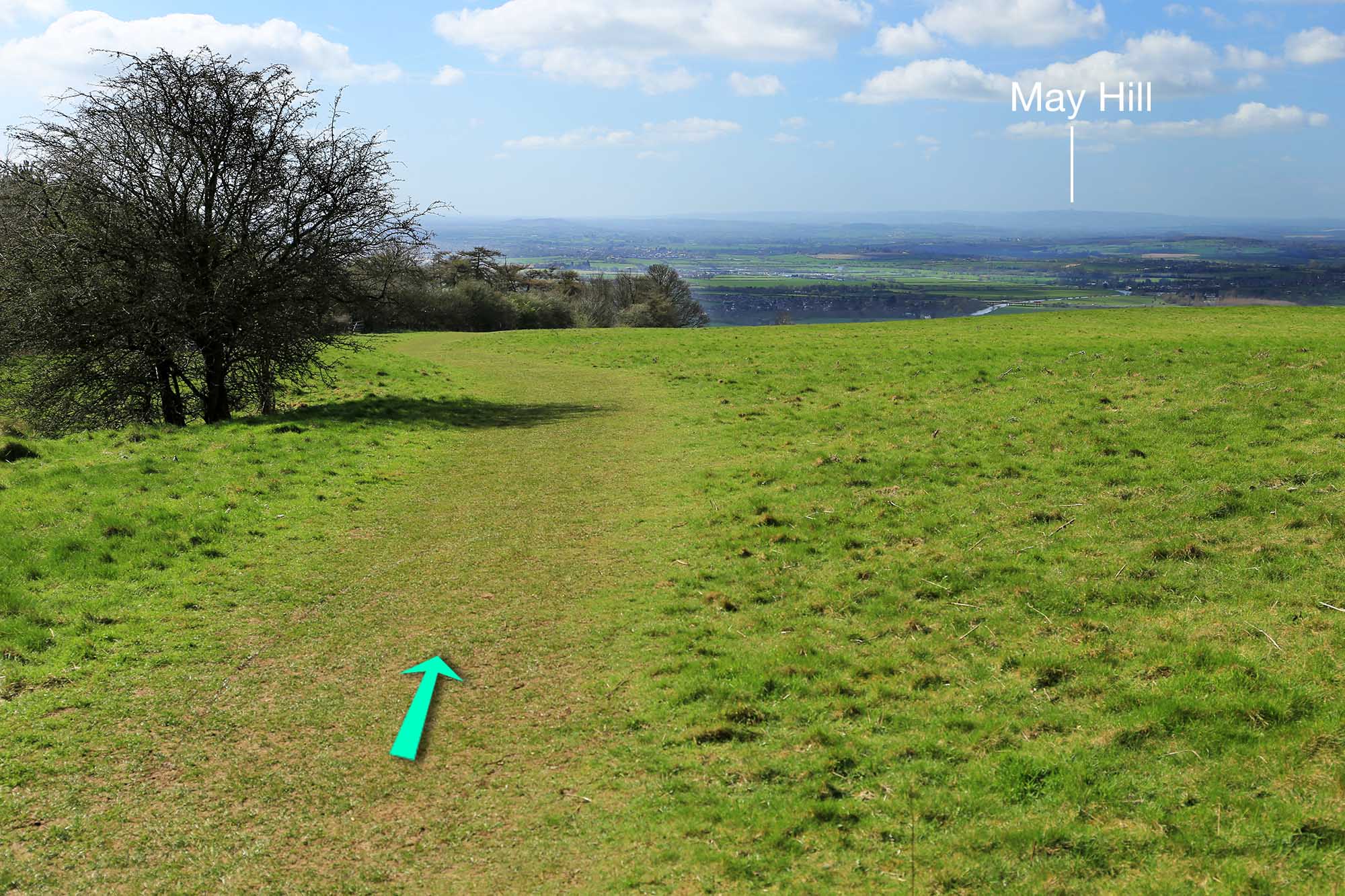 The path leaves the wood and passes into an open grassy area. Views open up towards May Hill, the Forest of Dean and down the Severn Valley. 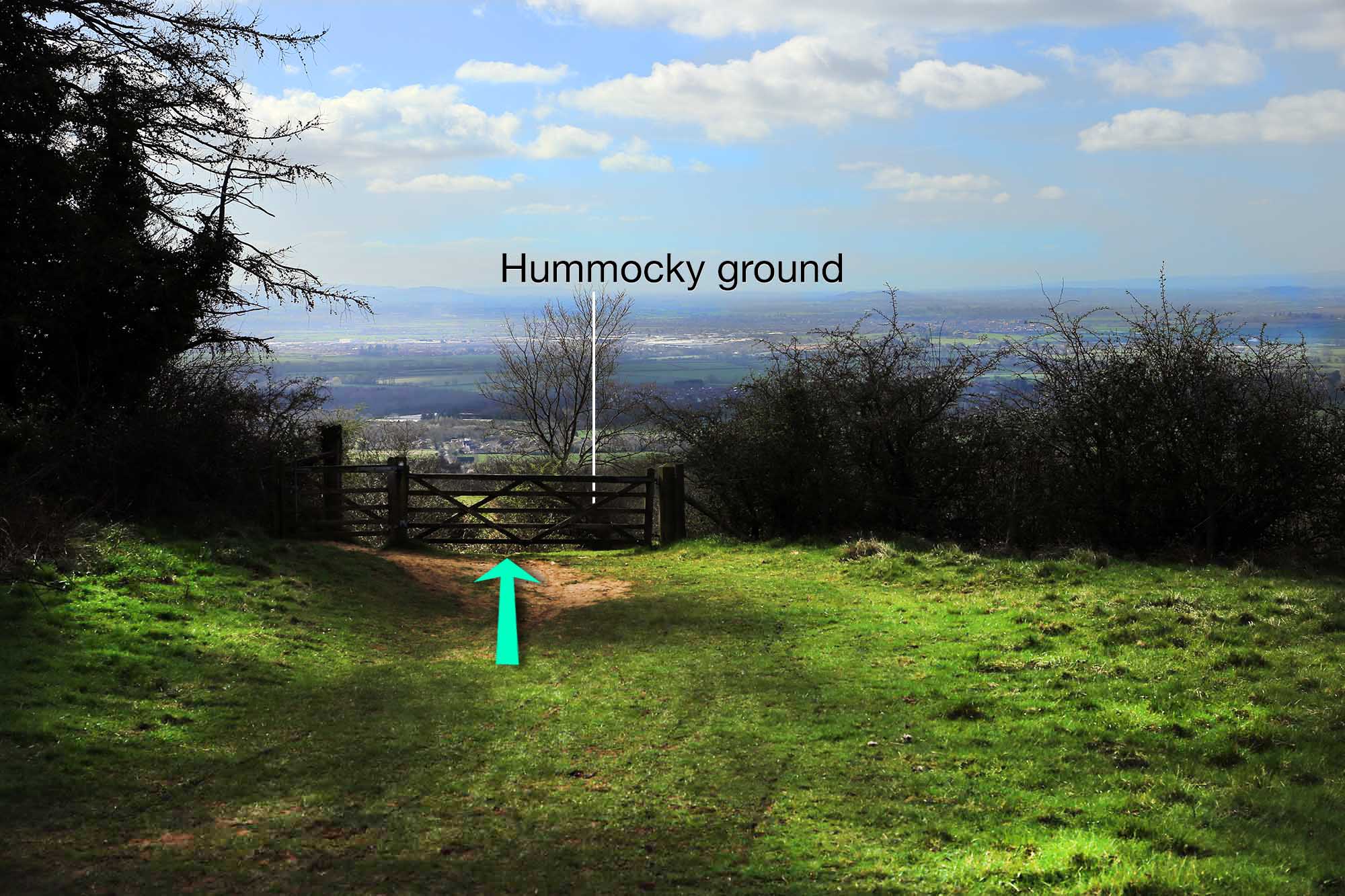 Pass through the gate and start looking at the landforms to the right of the path. This relates to Task 10.

The oxidation of which element gives the building stone a rusty  appearance?