5 Sundial Barn
Back to map

The restored Sundial Barn is constructed from oolitic limestone. Close inspection of the stone blocks reveal many aspects of the limestone deposition first seen in the big limestone block at Task 2 site.

The limestone blocks are predominantly composed of calcite-cemented ooliths, quite often graded in size, and demonstrate sets of cross-bedding (inclined layers), formed by water currents in the sea. Pieces of shells that became fragmented in the strong currents, are also scattered throughout the limestone. 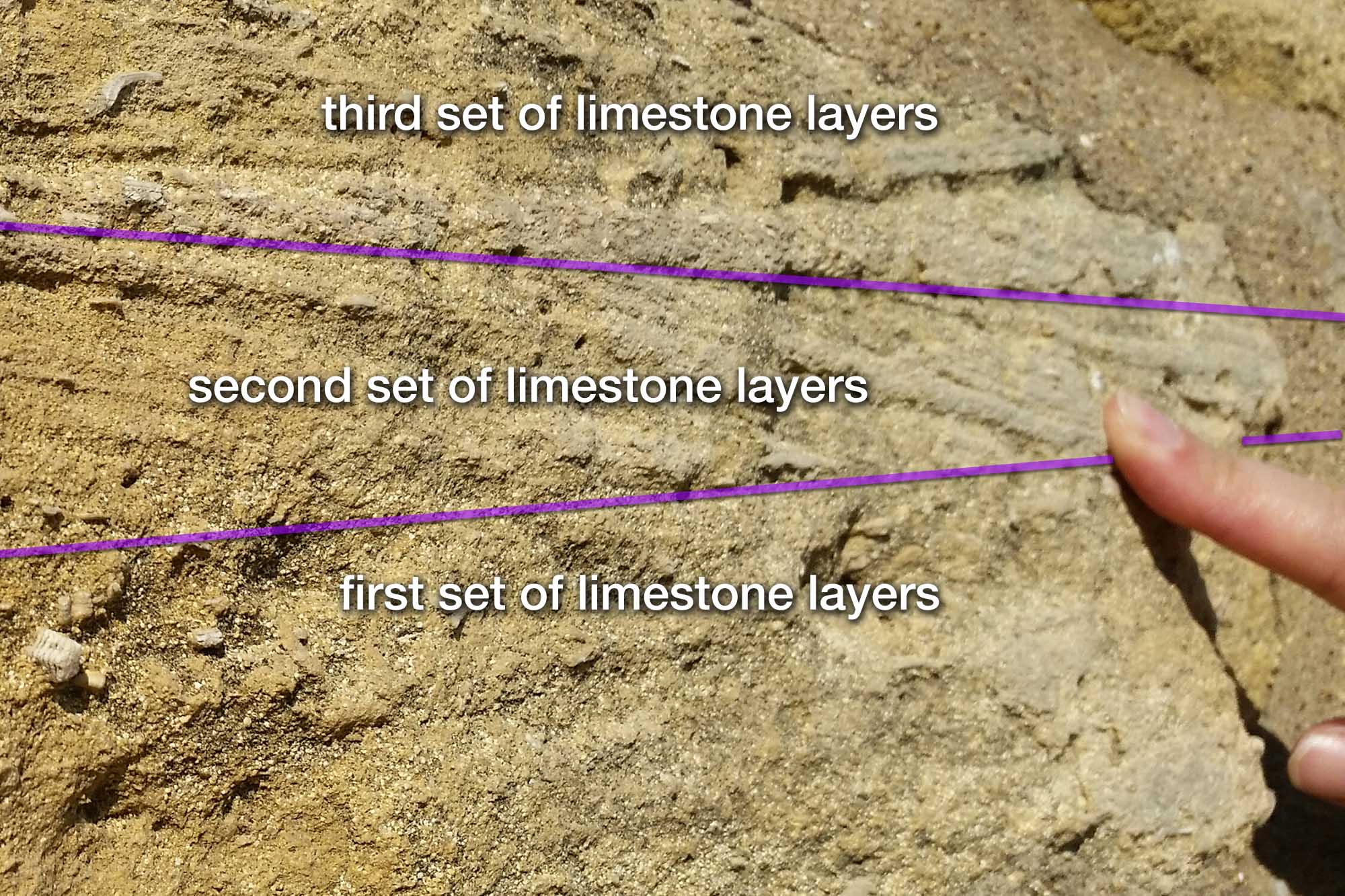 Cross-bedding (which is sometime called current-bedding) is produced by water-currents. It can be observed as layers of ooliths that are inclined to the horizontal.

Mounds of ooliths are moved by the currents in a similar process that forms ripple marks on a beach.

In the photo three sets of layers are visible. In each case the top of the set has been scoured by the action of the sea water before new layers were deposited above at a different angle. 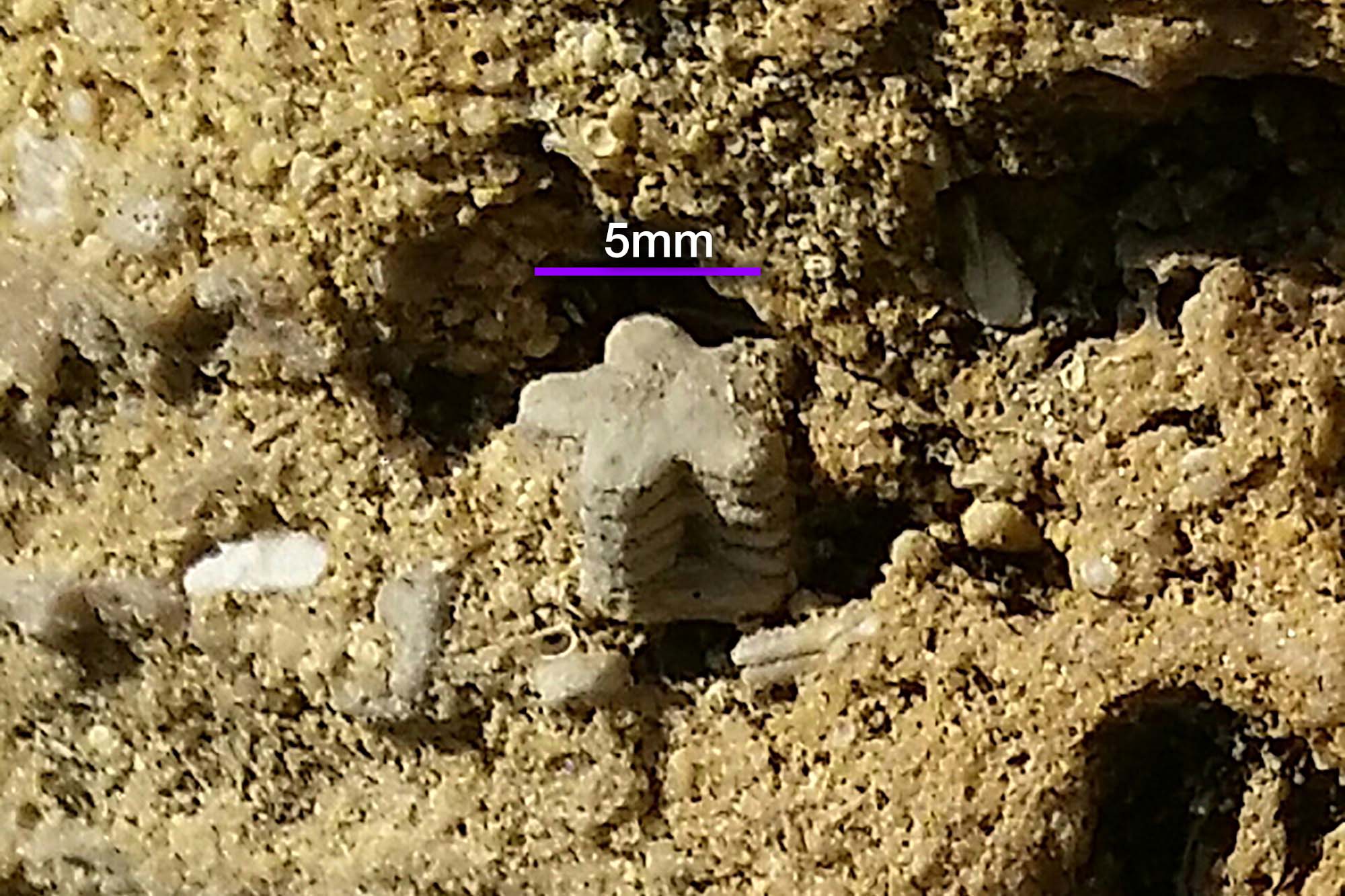 Although the majority of fossil remains are fragmented, there are some that have stayed intact, including pieces of stem from a crinoid named Pentacrinus.

A crinoid is sometimes referred to as a sea-lily, but in fact it is not a plant but a marine animal related to sea-urchins. It collected food from the sea water by waving an array of branching arms arranged around the top of a globe-shaped, cup-like structure that contained the main body of the animal. It used a flexible stem that was anchored to the sea bed. The stem is composed of segments called ossicles.

Fossil crinoid ossicles are very common in the limestone. They are the small 5-pointed star-shaped fossils – suggesting why this crinoid was called Pentacrinus.

A crinoid  ossicle is a 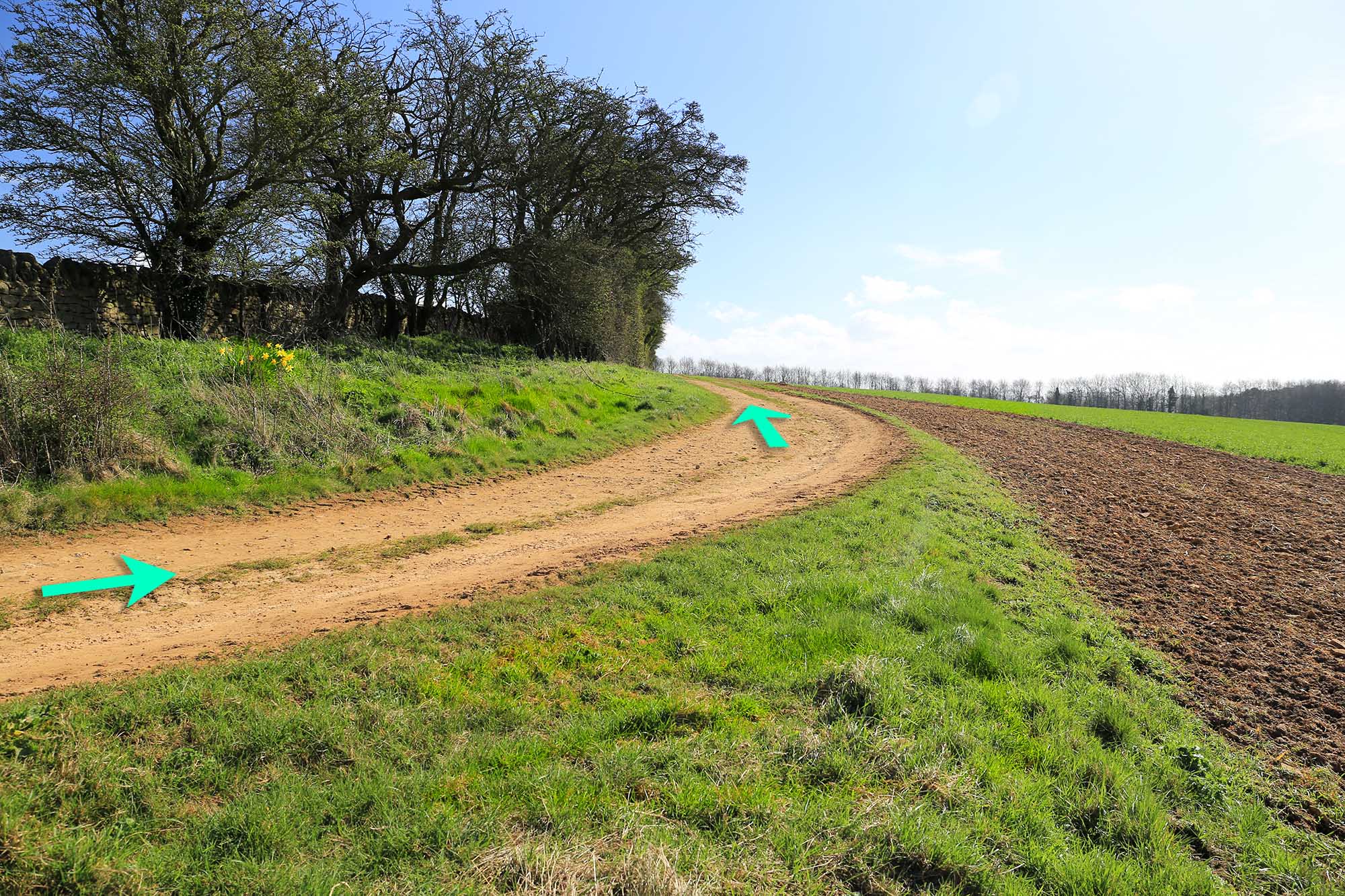 Follow the track along the edge of the field until it meets another track. 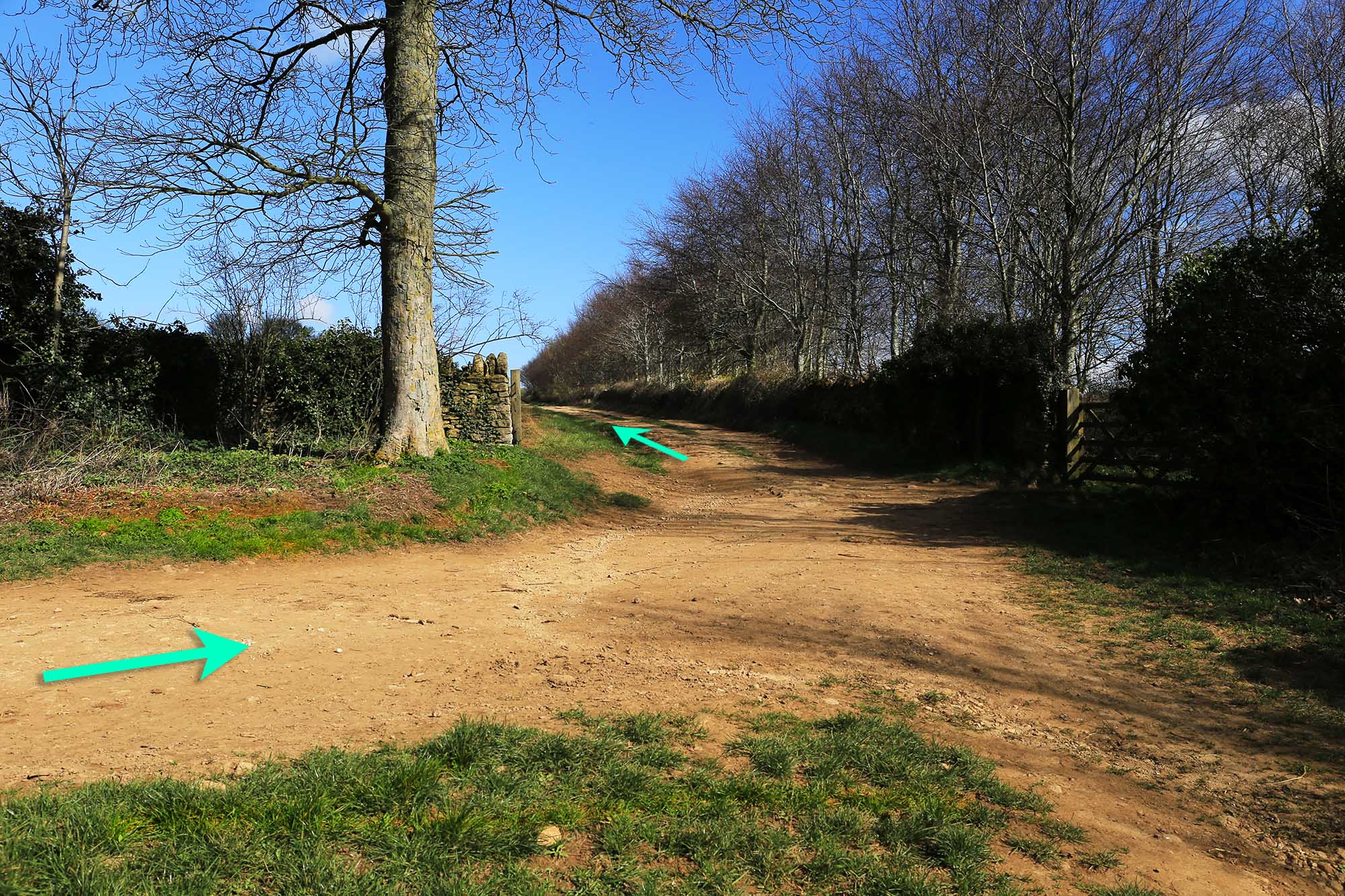 Turn left here and continue up the slight rise, with the wood on your right. 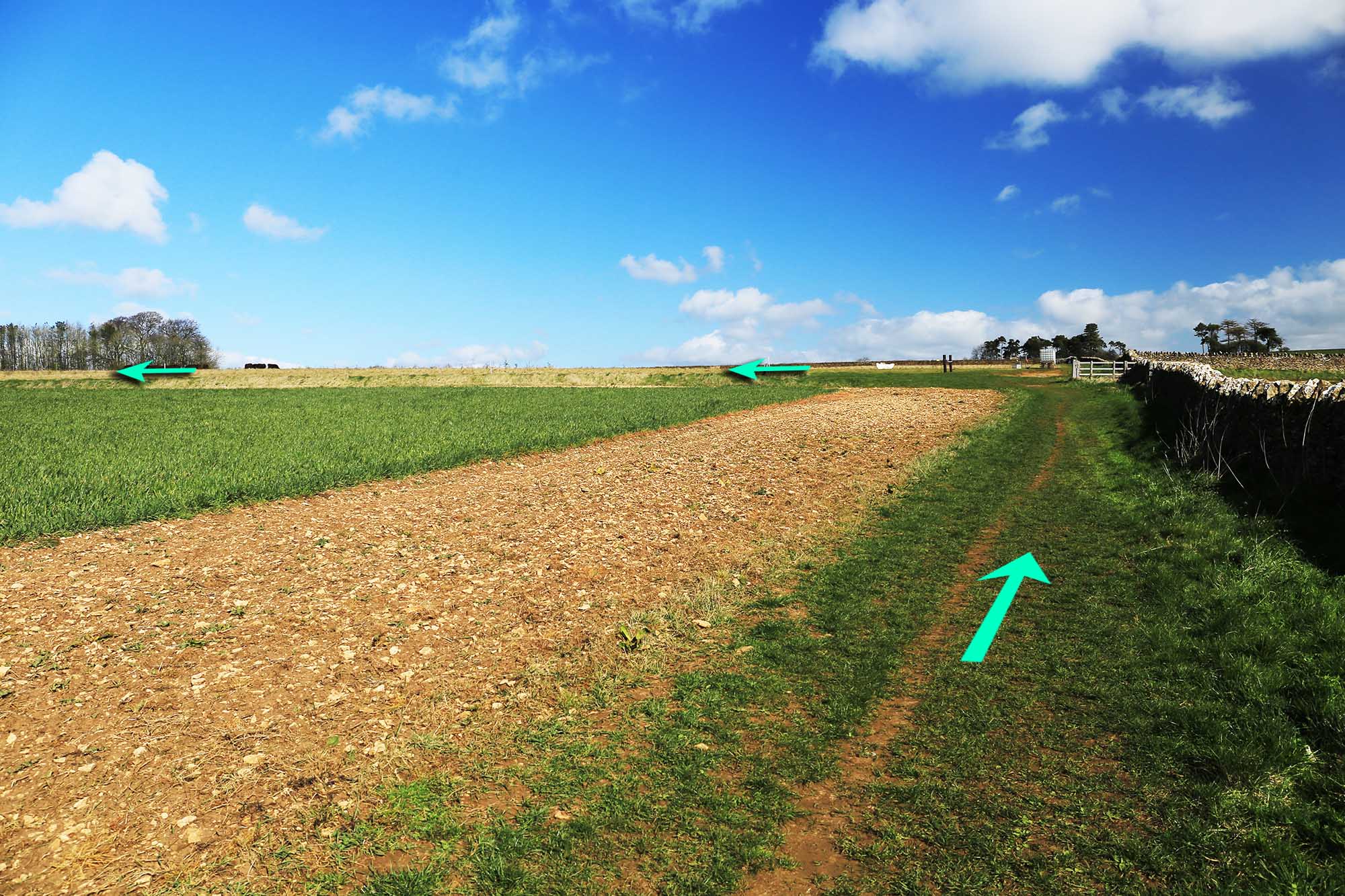 Continue until you meet another track, turning left onto this.

It is a Permissive Path which means it is not a public right of way in law, but a path the land-owner has granted permission to use. 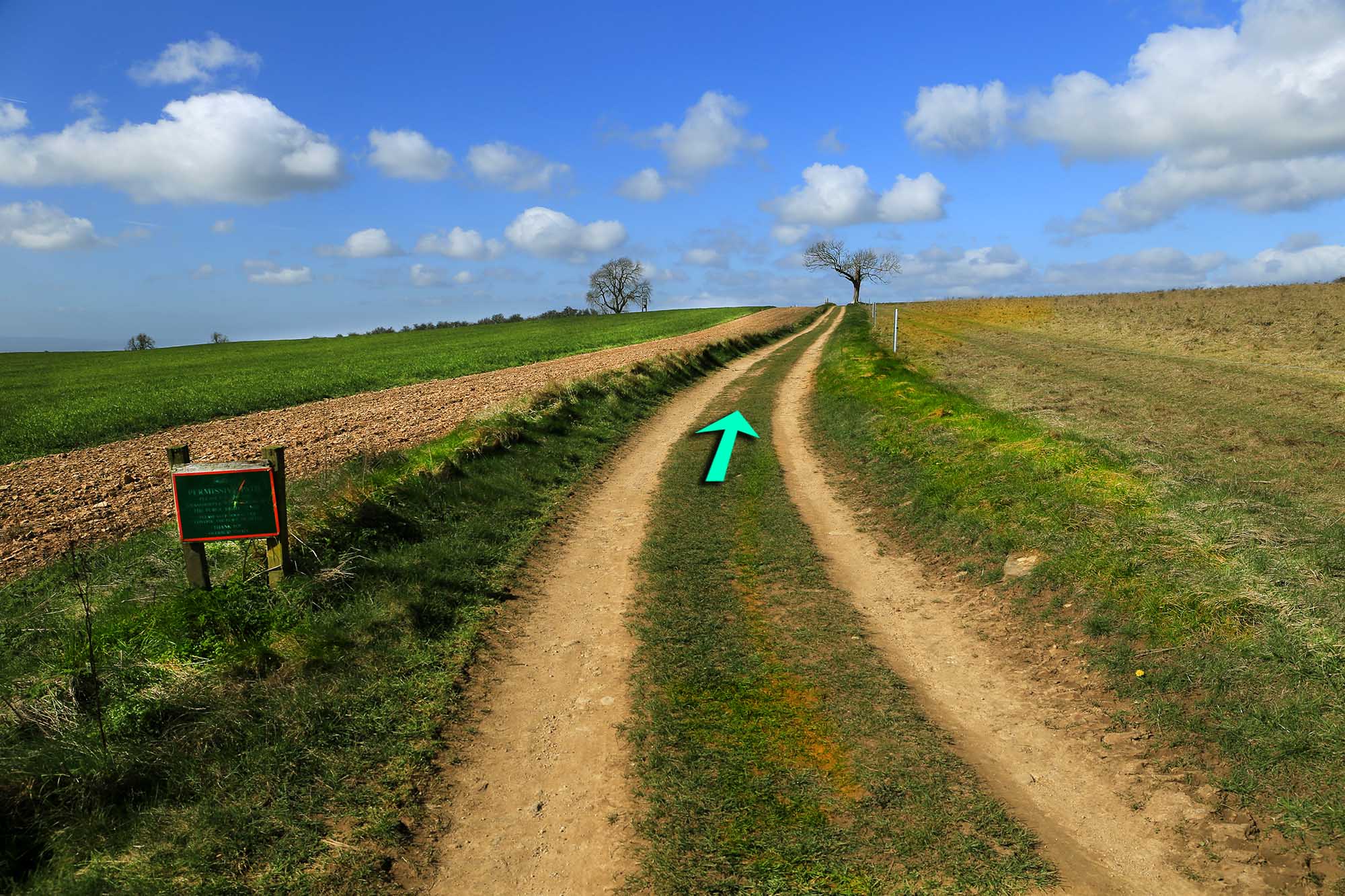 Nearly at the summit

The Permissive Path takes you to the summit of Bredon Hill. 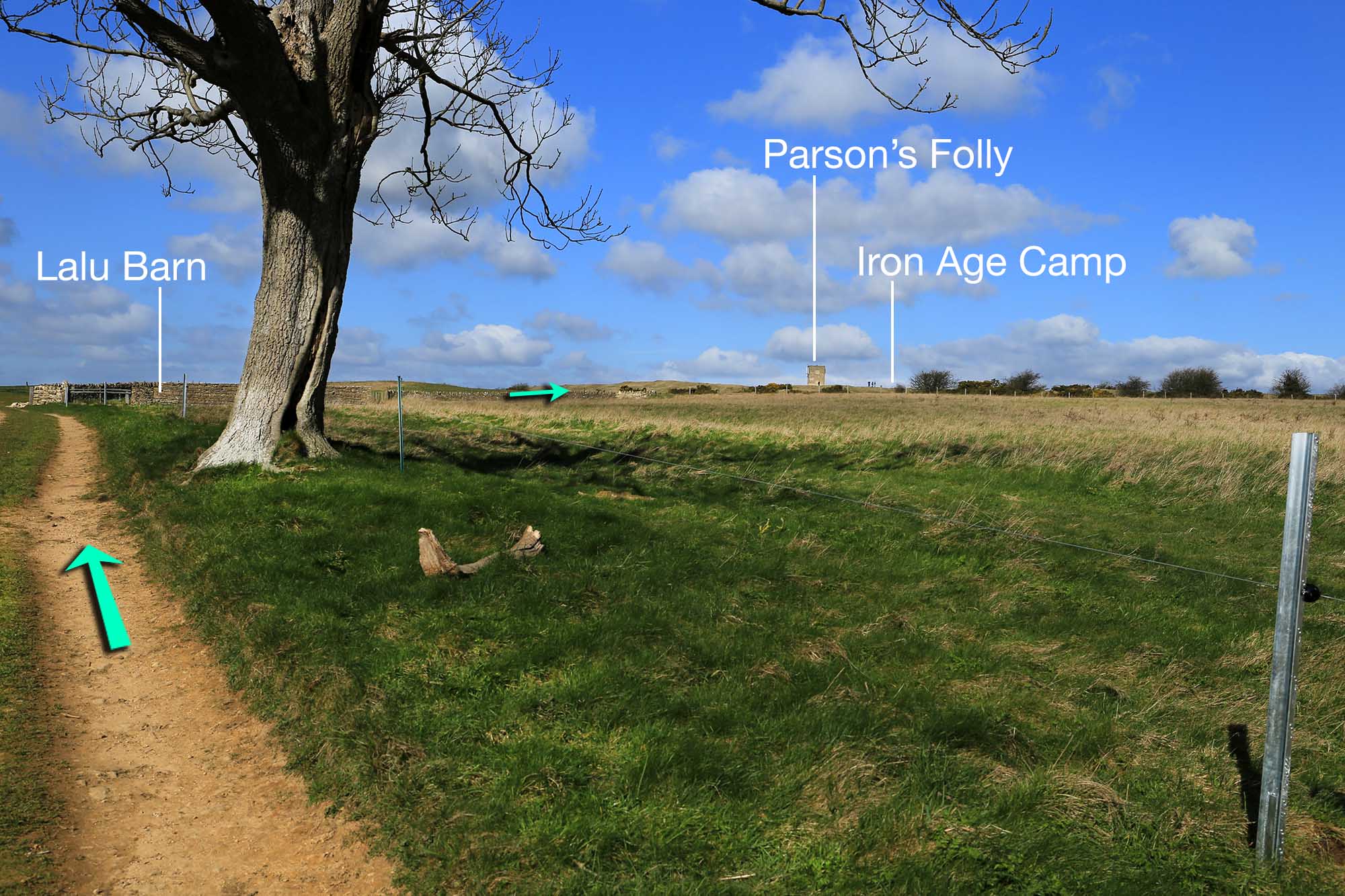 Ahead the rectangular area of stone walls marks the site of the demolished Lalu Barn and Task Site 6.