11 King and Queen
Back to map 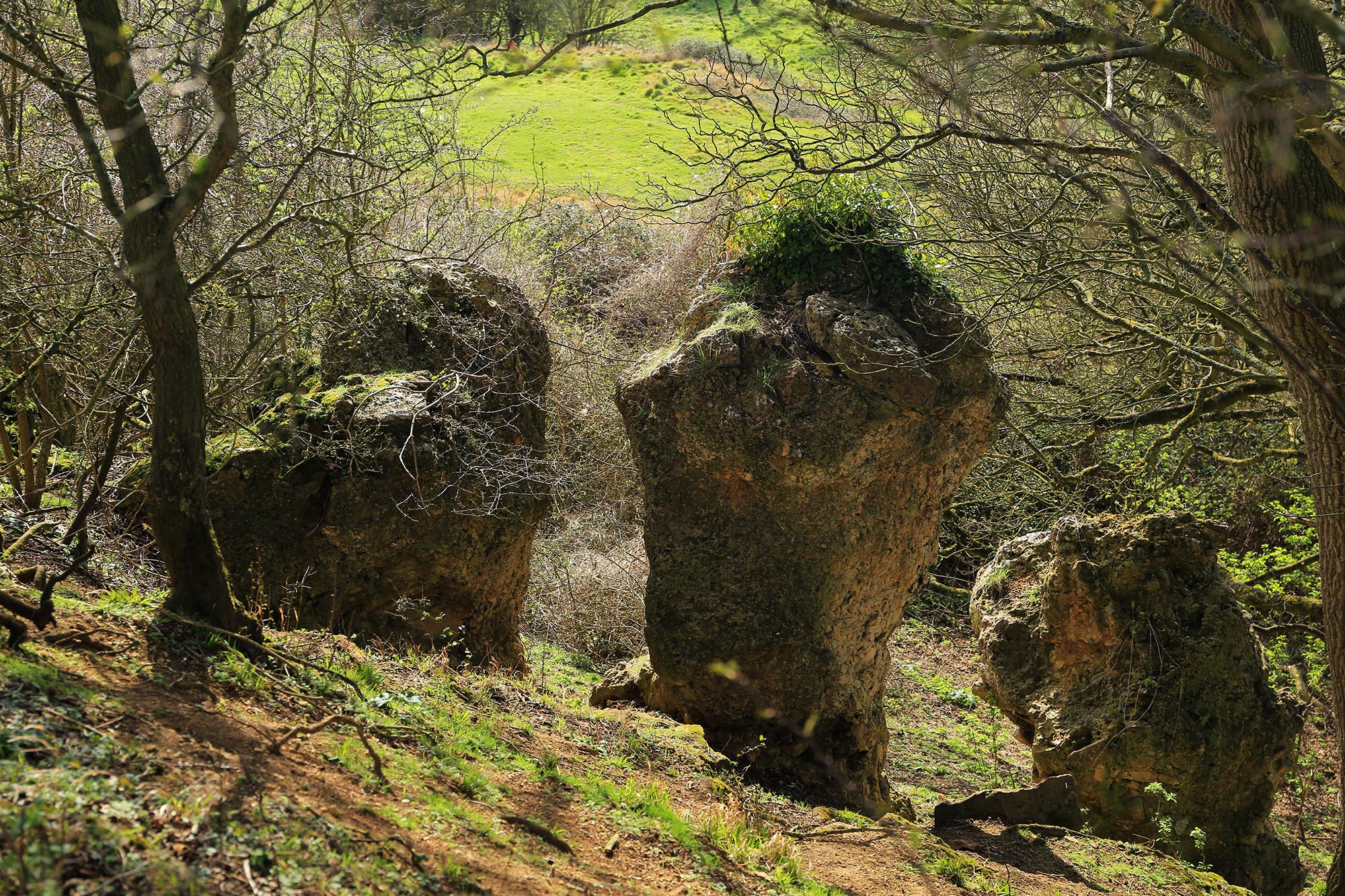 These are three tall stone pillars about 3 to 4 metres high. They are down the slope on the right side of the footpath.

They are similar to the Banbury Stone in appearance. They are composed of limestone blocks and fragments re-cemented by tufa.

Unlike the Banbury Stone their composition exhibits some degree of order. Limestone blocks occur at the base, and then the limestone fragments generally get progressively smaller towards the top of the pillars. 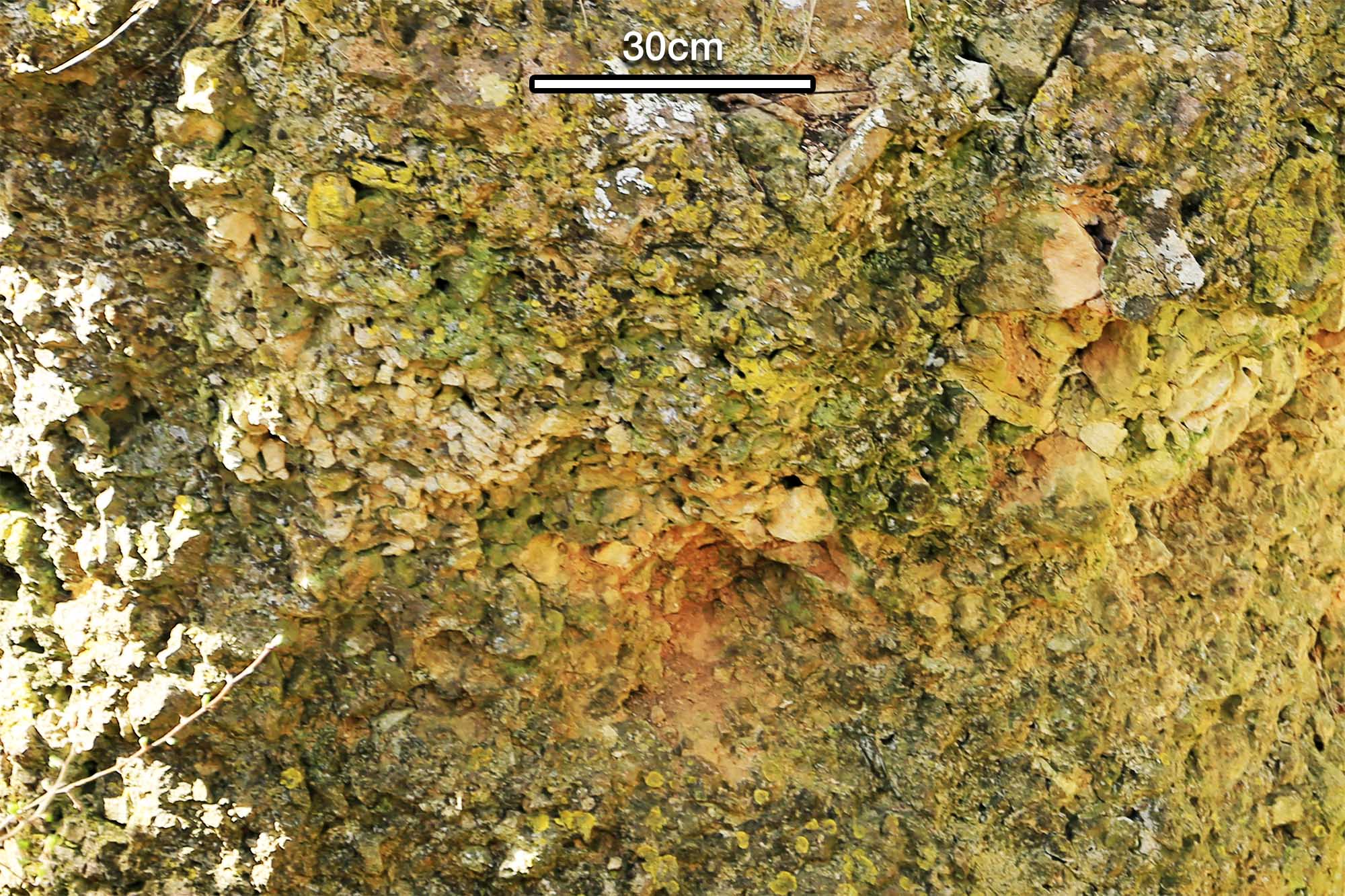 There are various stories and folklore associated with the King and Queen Stone. This fact may suggest that they are older than the Banbury Stone.

Similar to the Banbury stone there is speculation that the King and Queen stone were left by quarrymen, who considered them to be of poor quality. However, it is possible that they were already significant features if and when any quarrying took place.

The picture is a close-up of one of the stones showing blocks and fragments of limestone re-cemented by tufa. 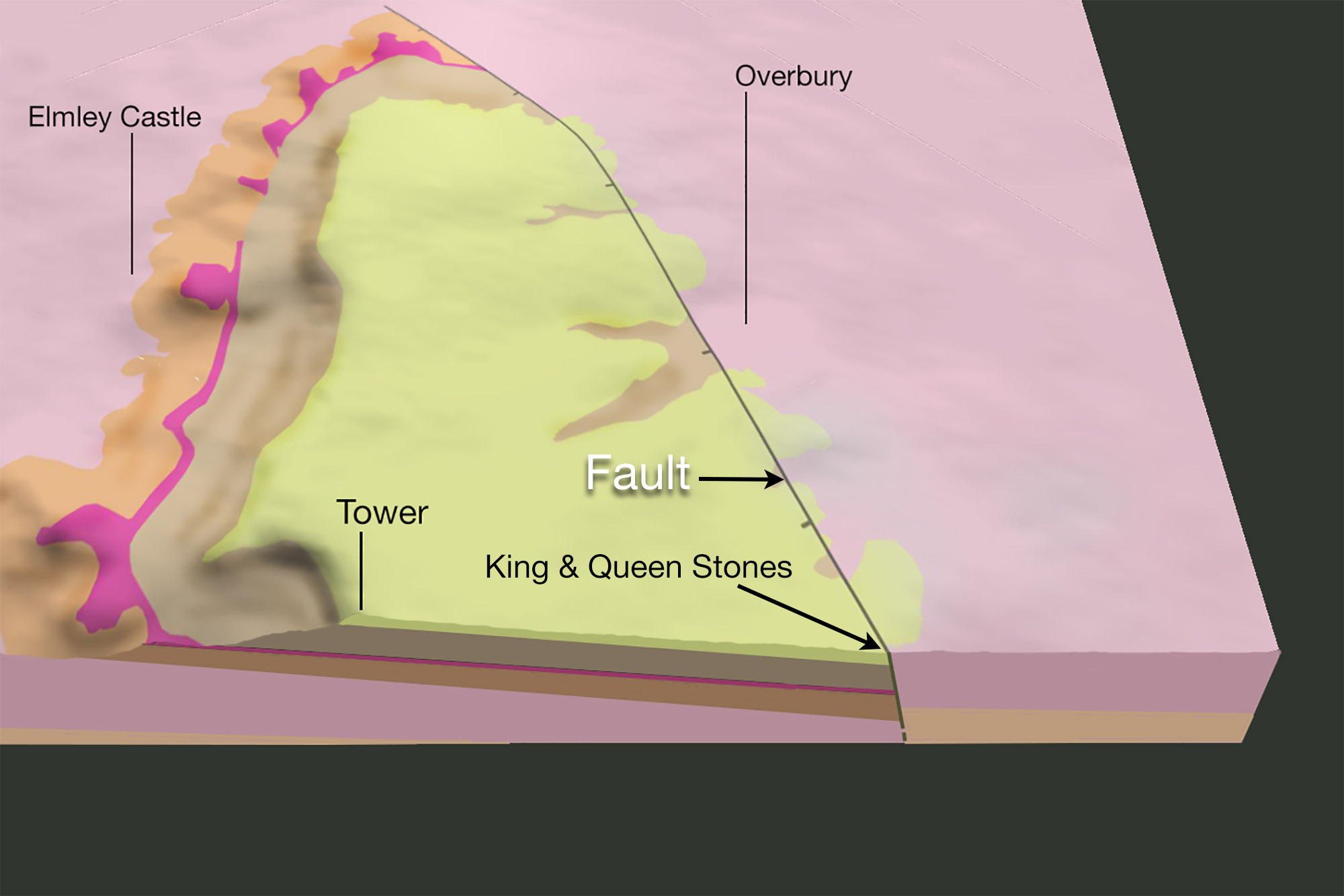 It has previously been mentioned in the Voyage that a fault runs along the southern flank of Bredon Hill. The King and Queen Stones actually coincided with the mapped position of that fault. The fractured limestone adjacent to the fault would readily form a ‘gull’, that would probably be more pronounced and wider, than those formed at the top of the hill.

Consequently, the zone of infill in the gull would be wider, and perhaps after re-cementing the infill was stronger than the surrounding rock, and less prone to erosion processes.

The King and Queen Stones are associated with 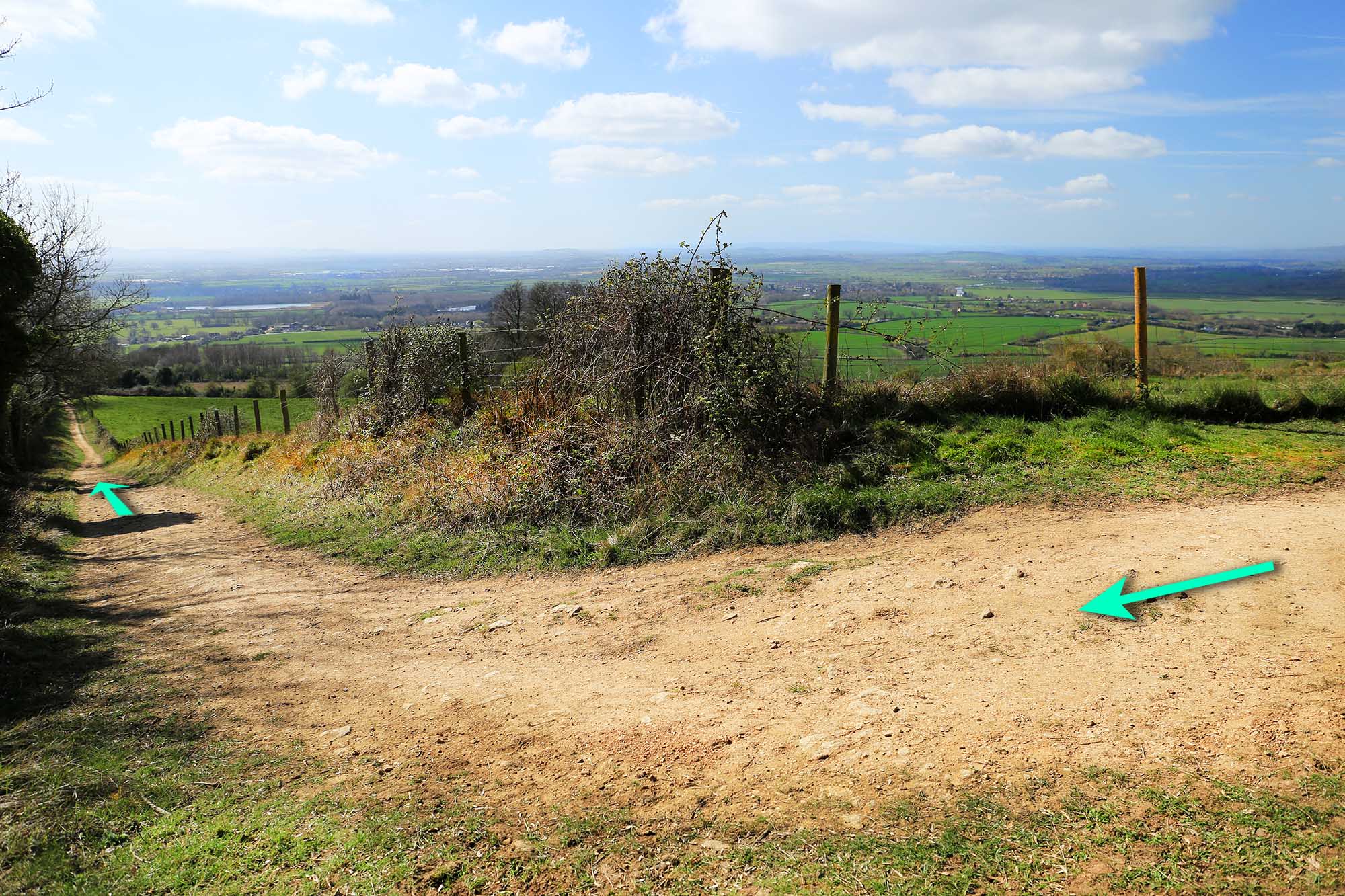 Follow the track downhill until it meets the fork at Task Site 2.

Then follow the route in reverse returning to Task Site 1, or chosen starting point.

The way to carry out this Voyage in the field and obtain feedback and a score for your answers to task questions, is get the Voyager deeptime app from the app store, then download the Bredon Hill Voyage.