2 Limestone Block
Back to map 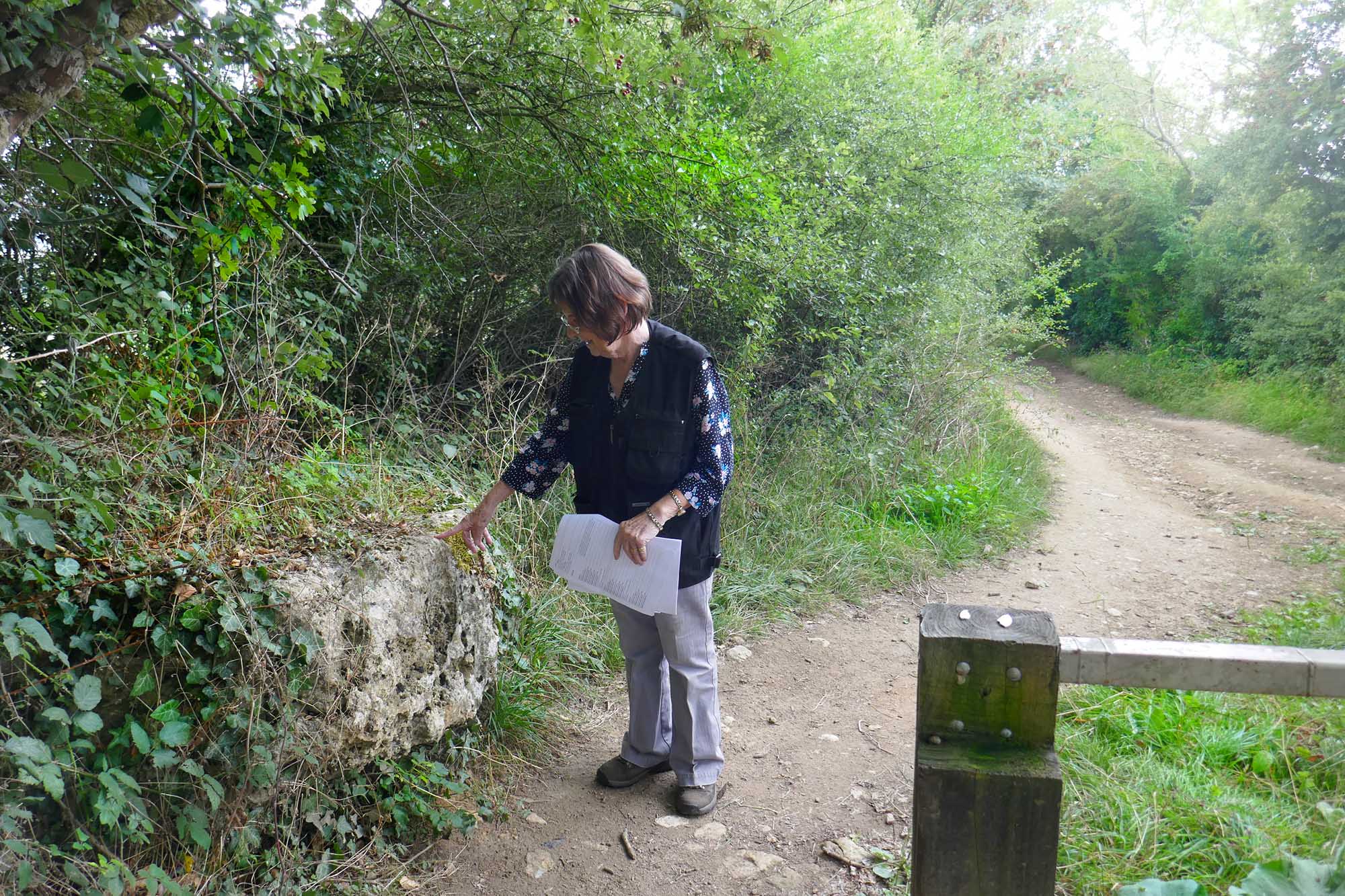 Here at the point where the paths fork, is a good location to see the type of rock that forms the top of Bredon Hill and its northern escarpment. This rock is a main component of the Jurassic strata (rock layers) of the area and is known as oolitic limestone. The oolitic limestone is around 170 million years old. 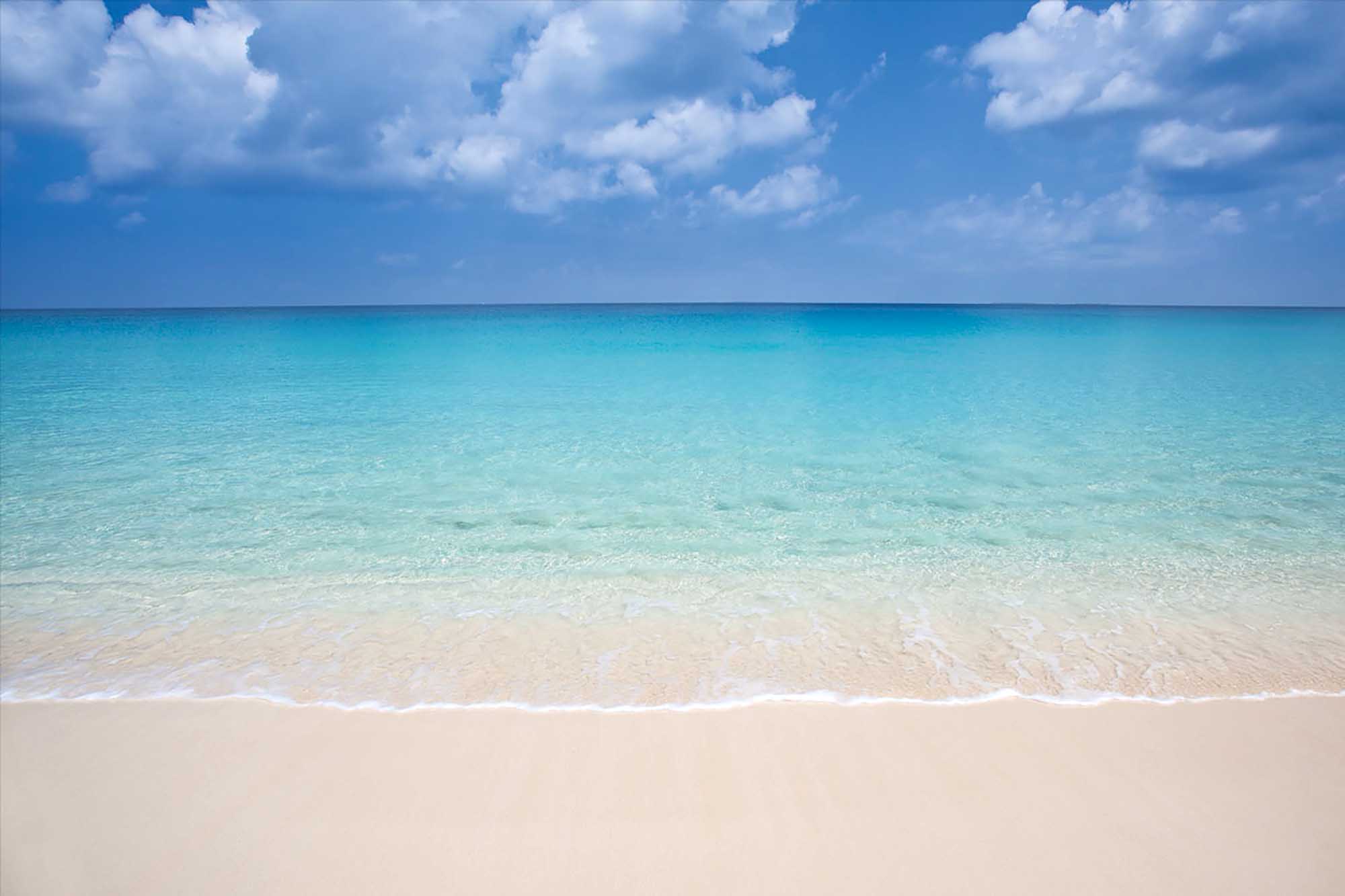 Jurassic oolitic limestone was formed in shallow tropical seas, much like those around the Bahamas today. 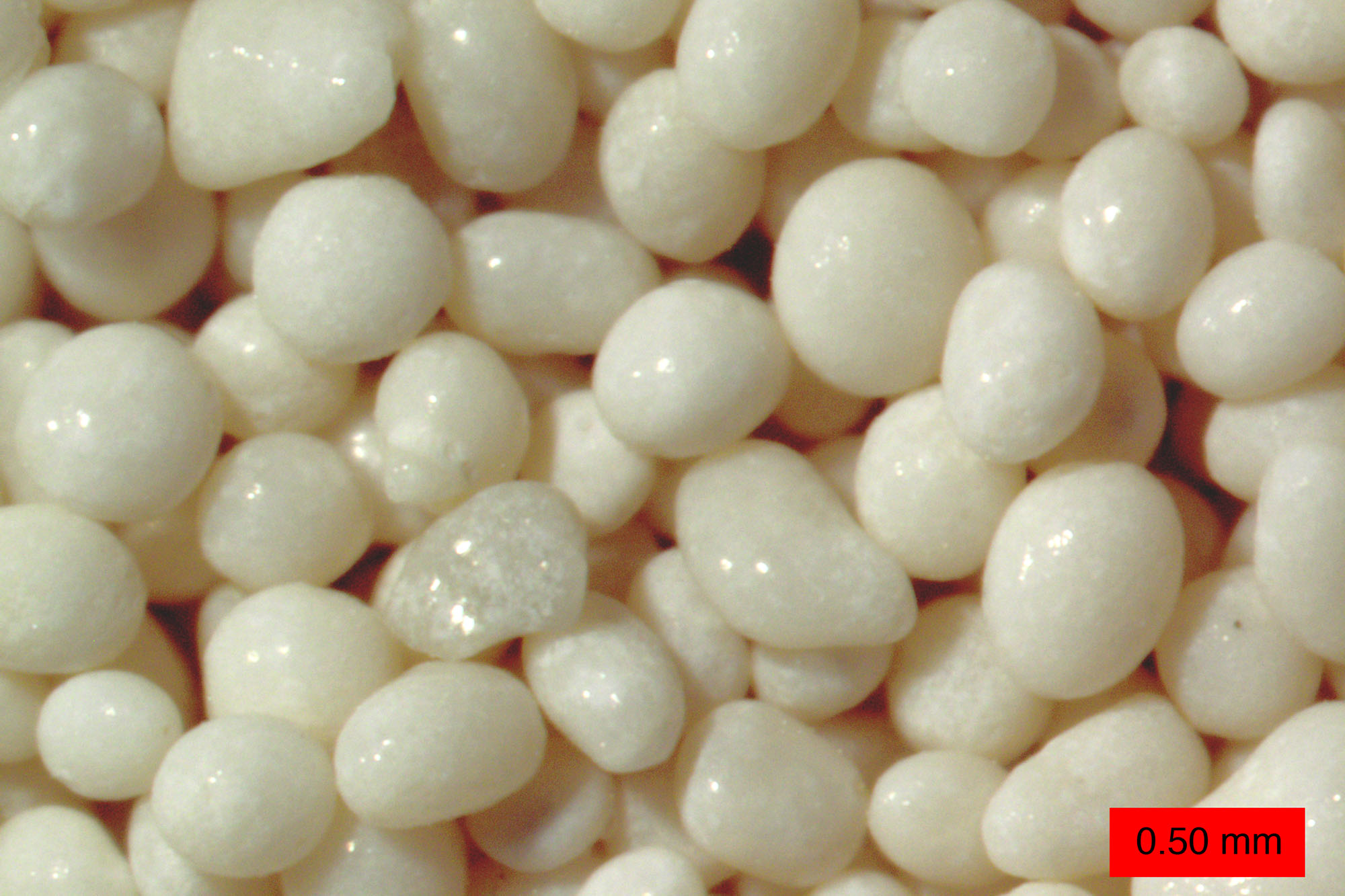 Oolitic limestone is composed of millions of small spherical grains (ooliths) of calcium carbonate (CaCO3), usually less than 1 millimetre in diameter. They were formed as tiny grains of sand or shell fragments were rolled by powerful sea currents over the sea floor. Gradually, layers of calcium carbonate coated each grain and built up to form the oolith. The ooliths are also cemented together by the calcium carbonate, a mineral usually referred to as calcite. 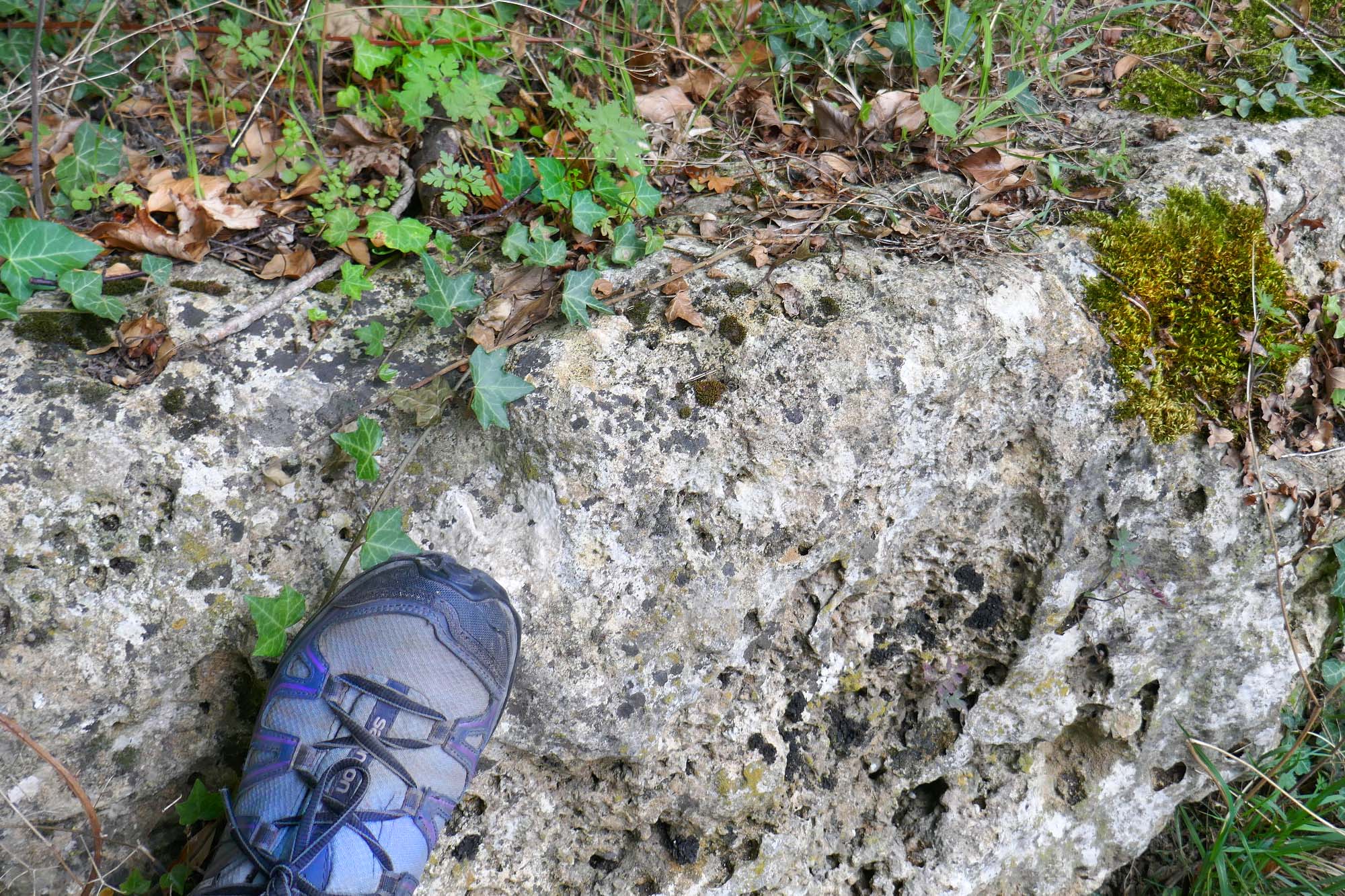 The block of limestone is honeycombed with small cavities. These are solution cavities formed when acidic rainwater migrates through the rock and dissolves the calcium carbonate. As limestone dissolves easily, fractures in limestone rocks often become enlarged to form fissures and caves. The dissolved calcium carbonate can also be re-deposited (the white patches), to re-cement the limestone, or as a different form of limestone called tufa.

This particular limestone horizon, which is common throughout the Cotswolds, was given the name Inferior Oolite, by quarrymen, as opposed to the Great Oolite limestone, that occurs at a higher (younger) horizon in the Jurassic. Geologists have now renamed the Inferior Oolite the Birdlip Limestone, after the place where the best example of it can be found, south of Cheltenham. 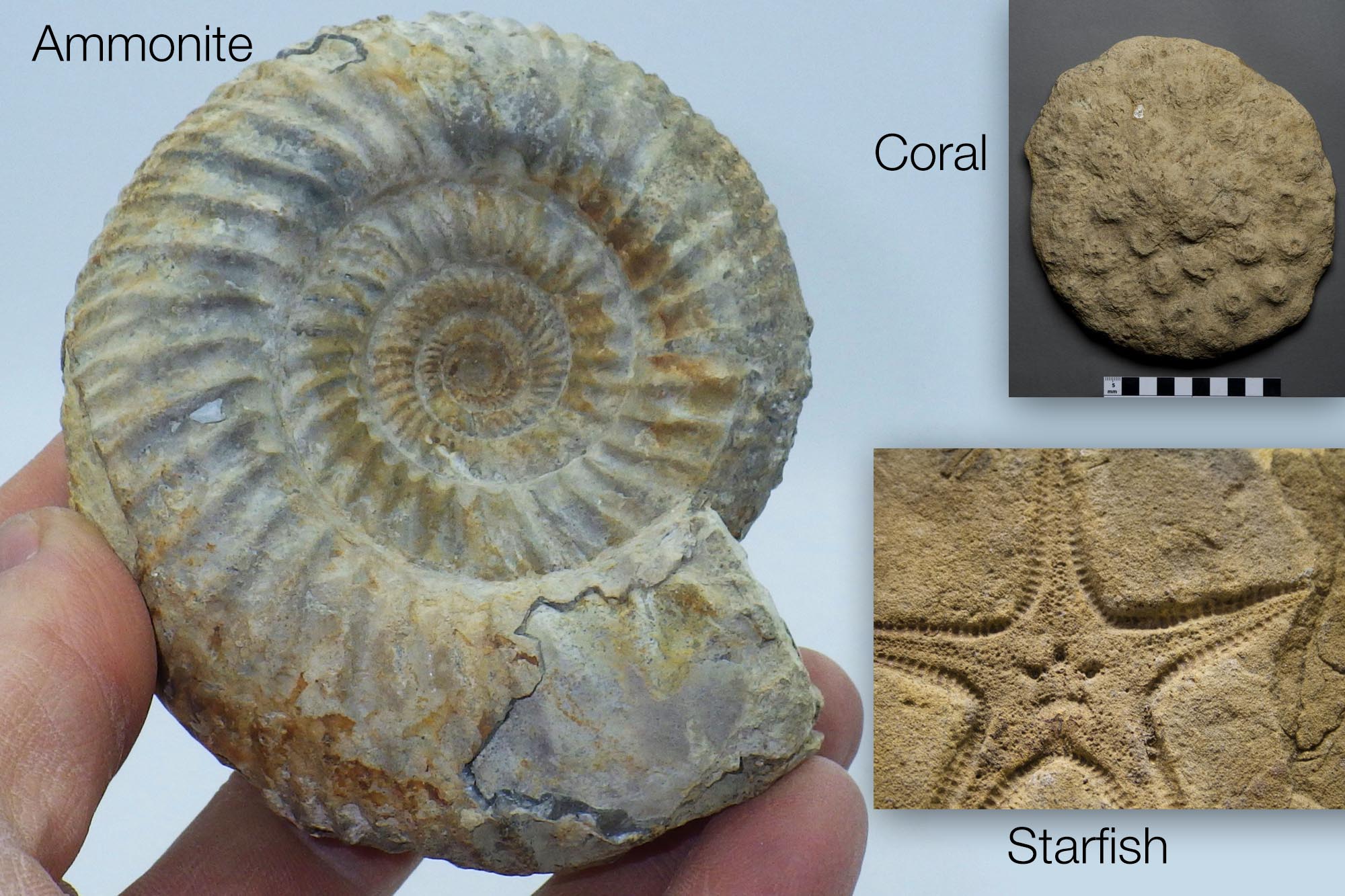 The Jurassic seas teemed with life. Creatures like ammonites, and marine reptiles like Ichthyosaurs for example, occur throughout the time period. Consequently, the Jurassic is noted for its abundance of fossil remains. Fossils are the remnants or traces of living creatures and plants that lived in the distant past. 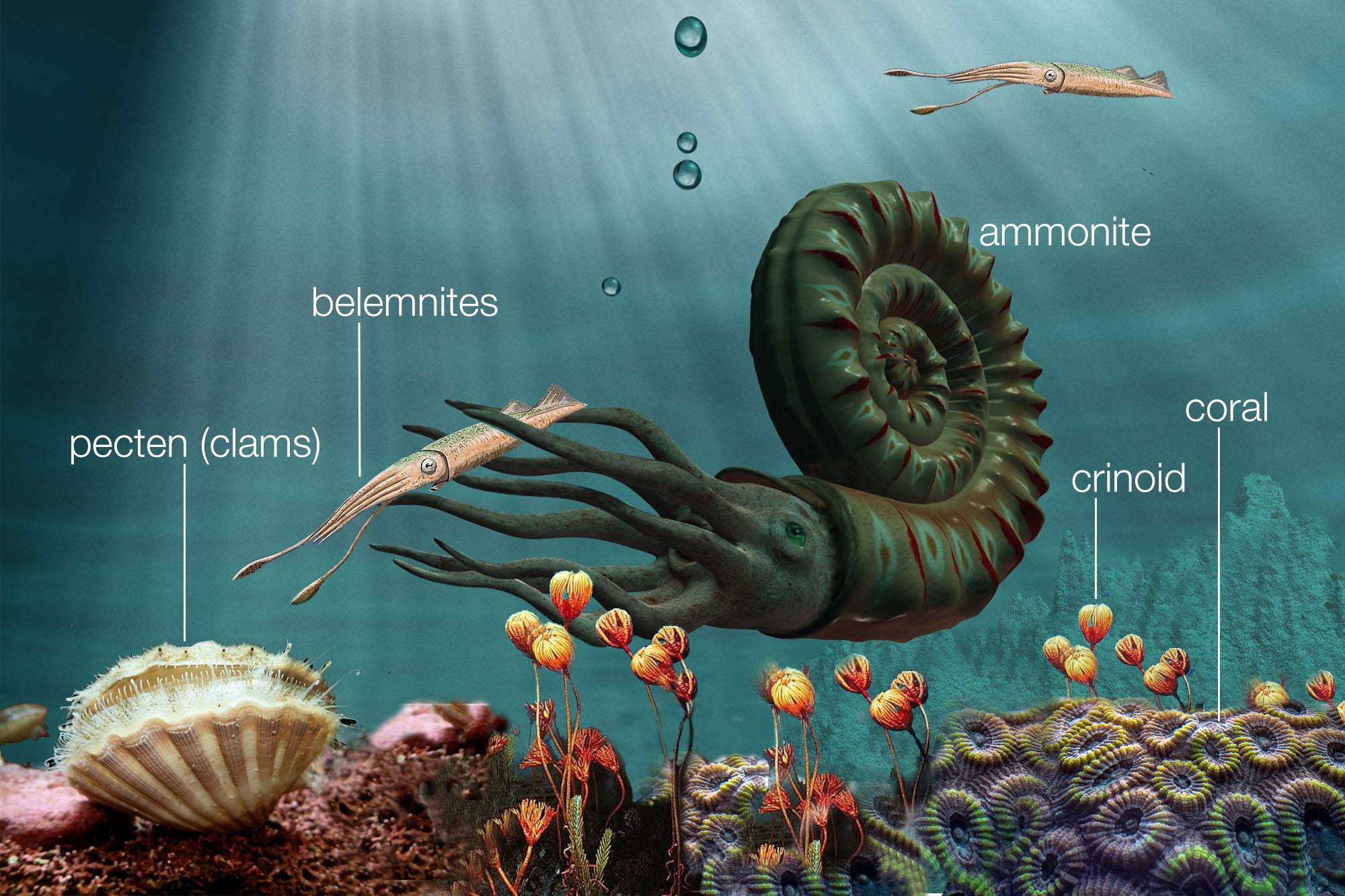 The image depicts life in the Jurassic sea. The cluster of fronds on the right are crinoids, and it is the many segments (known as ossicles) that make up the stem, that are usually found as fossils. Crinoids are also called ‘Sea Lilies’. They are ancient marine creatures, although they look like plants as their bulbous body sits atop a stem that is attached to the sea floor. Other fossils include shell fish called Pecten, with shells like the present day scallops; corals; and other creatures long-extinct, like the brachiopods that were similar to mussels. The spines of sea urchins can also be found.\n\nDifferent species of ammonite fossil are used to correlate and assign an age to the layers of Jurassic strata.
The ammonite is © Esteban De Armas/shutterstock.com

Ooliths are round because they are: 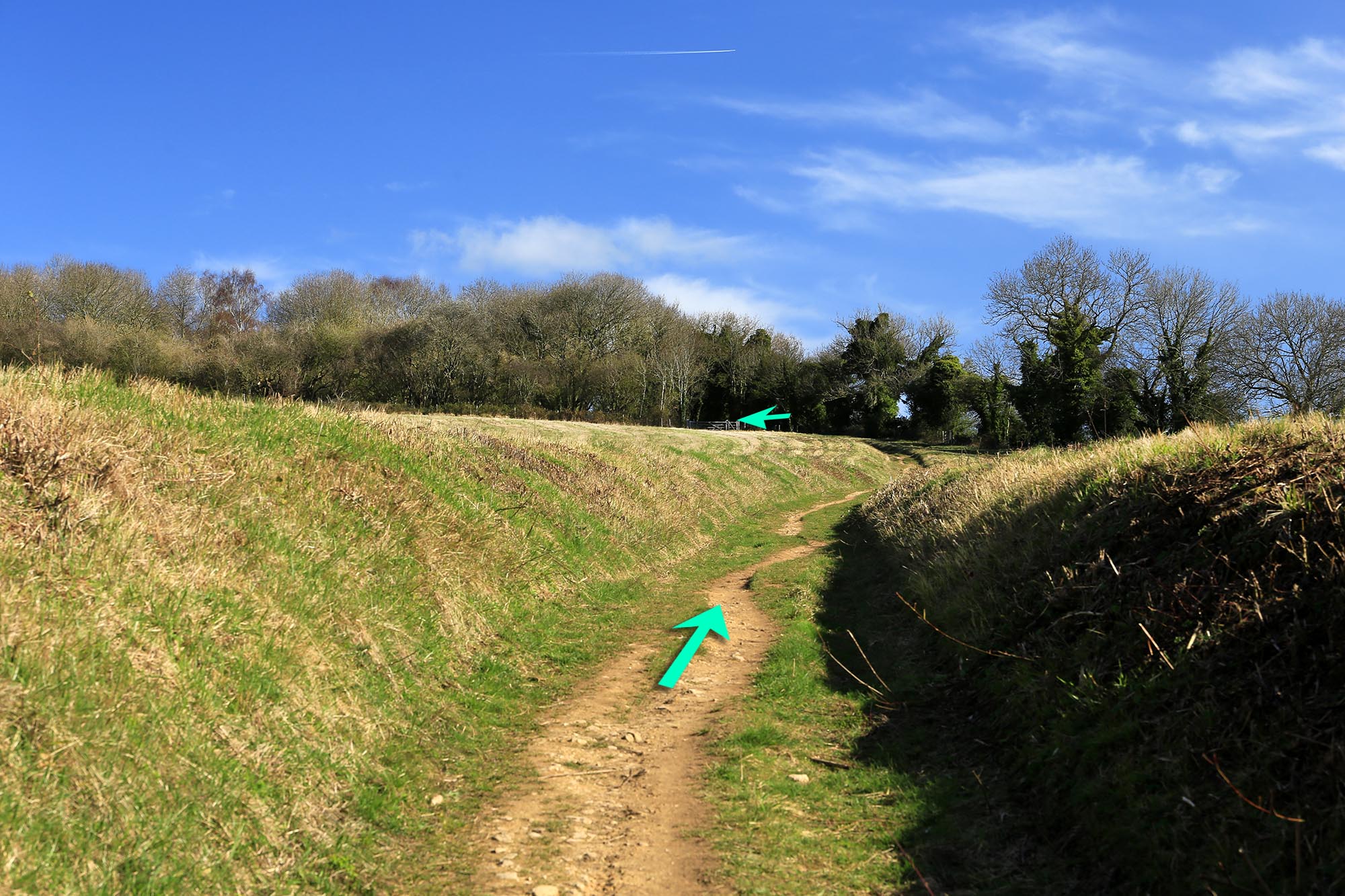 Route ahead to Task 3

Continue up the track towards the gate and the wooded area.