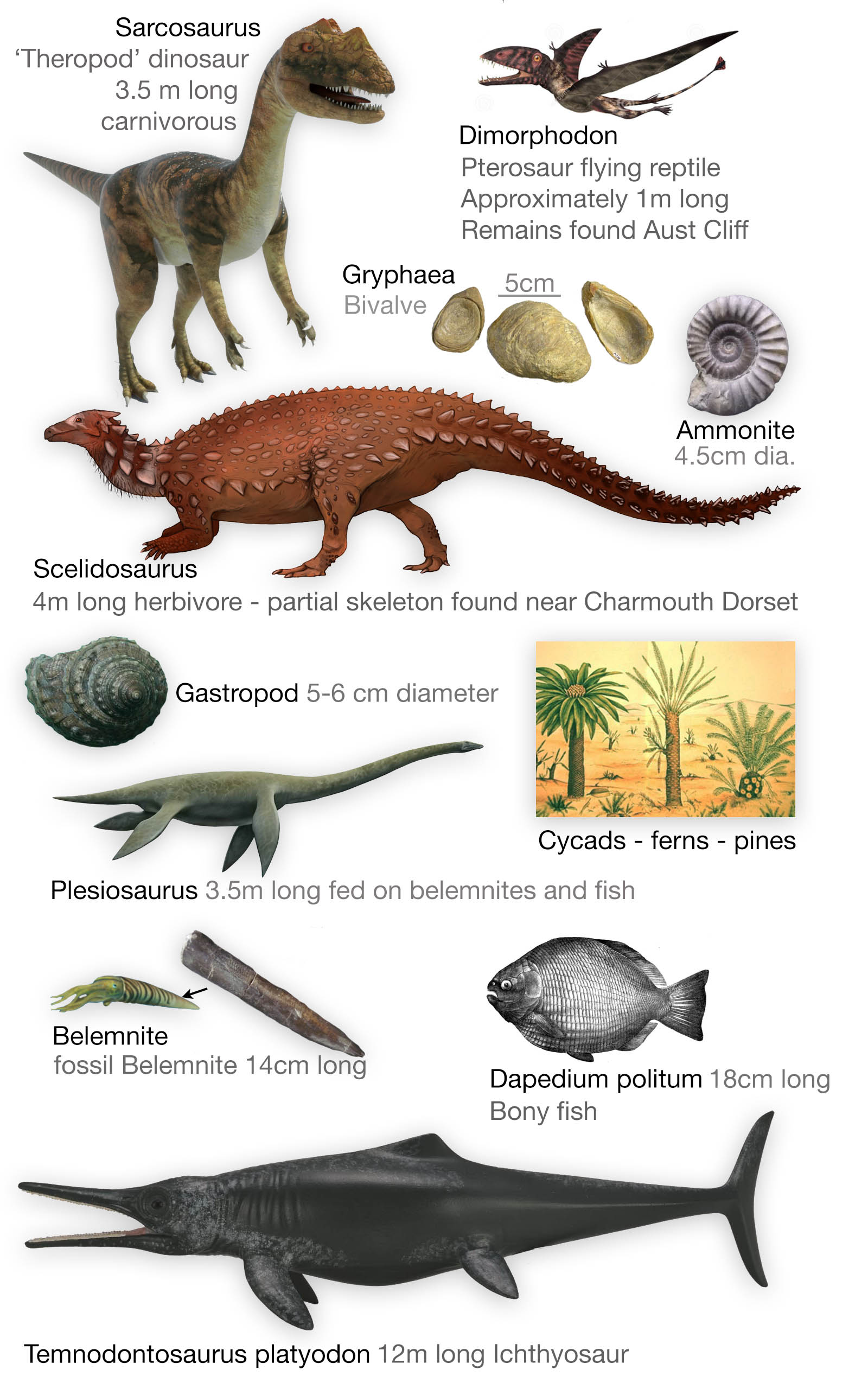 Life during the time of the deposition of the Charmouth Mudstone Formation.

On the lower slopes of Bredon Hill there is little in the way of exposure of the Charmouth Mudstones, or the higher formations, due to the landslips – the ‘falling down hill’.  But fossils of the above creatures and plants have been found elsewhere in rocks of the same type and age, so it is reasonable to assume these creatures would have lived in the waters of the Bredon Hill area around 190 million years ago. Ichthyosaur remains were found in the Charmouth Mudstone at Strensham (M5 service station area just west of Bredon Hill) from the parts of the skeleton found the creature was estimated to be just over 3 metres in length.