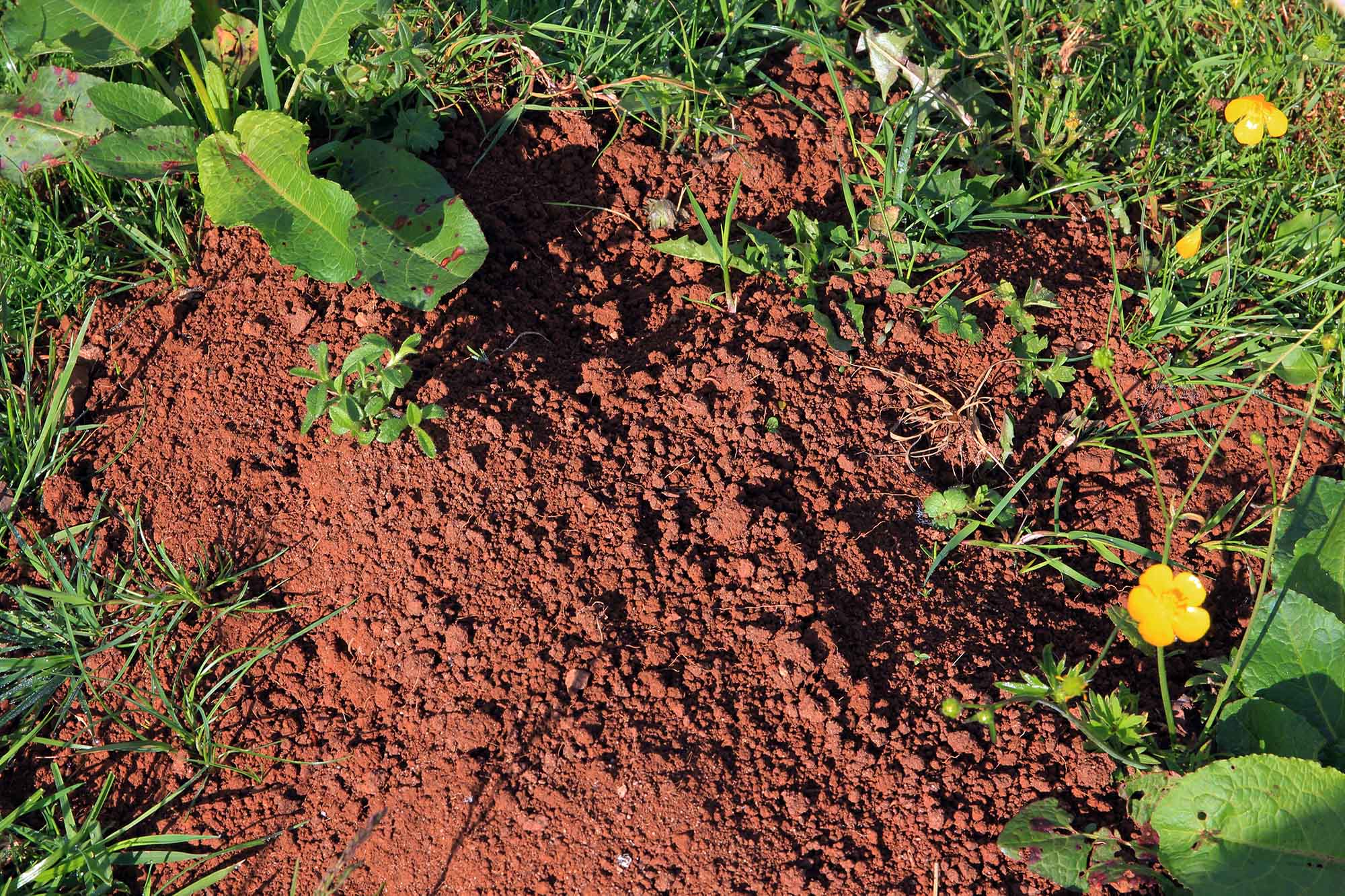 Clue to what is beneath

Mole hills around here all reveal a very red soil. Check the map to see what rock is beneath here. Information about this rock is found at Task 11.

The rock beneath here is a limestone called the Gully Oolite (the original name in the Forest of Dean was Crease Limestone). The Gully Oolite has been quarried since Roman times, for the rich deposits of iron ore it contains. The old iron mining works are known as Scowles, which in recent years have featured in several films.

What does rainwater tend to do to limestones?