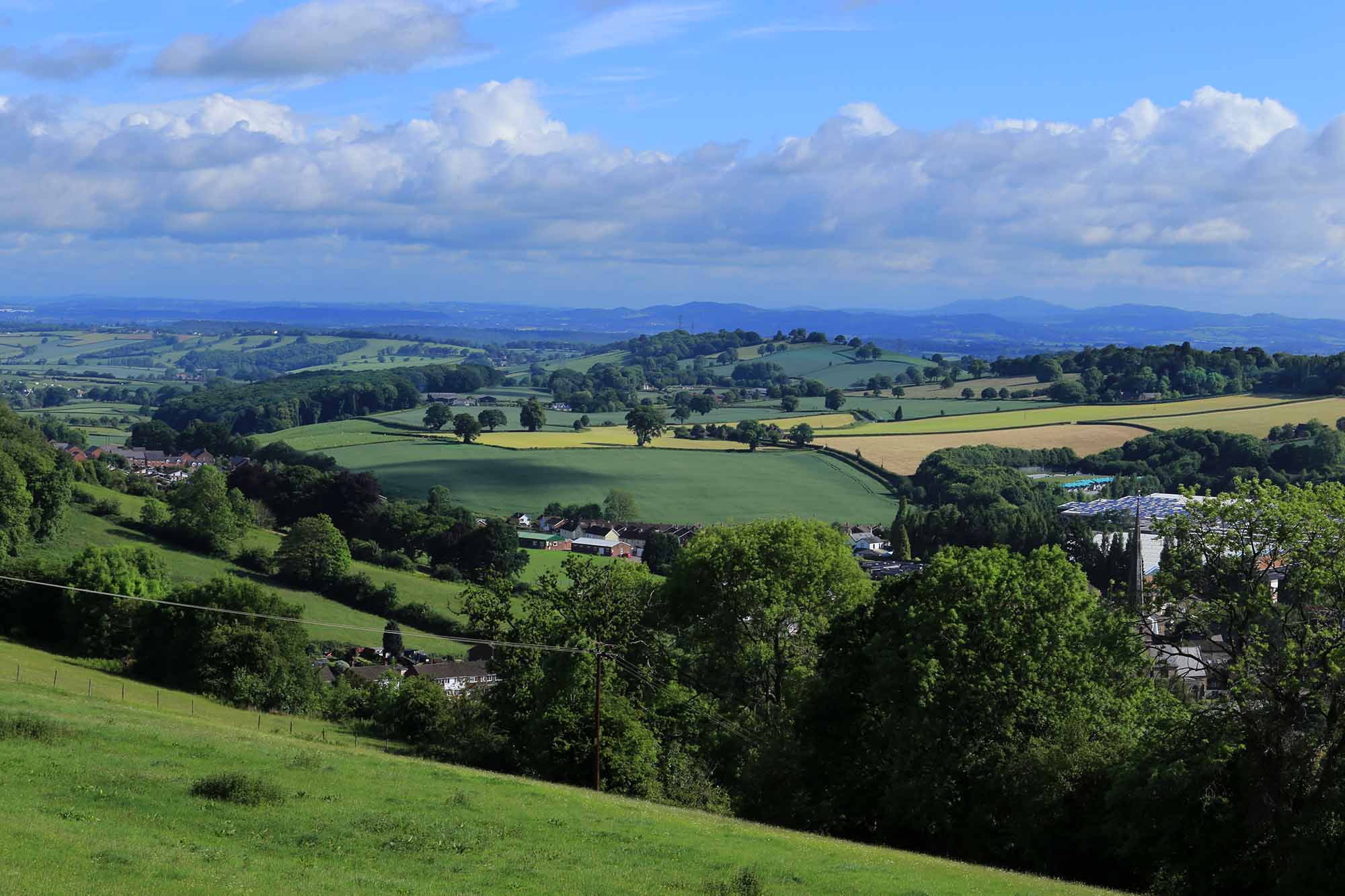 Always remember the landscapes of today’s world have been formed geologically very recently, by the action of erosion (rivers, ice, wind, sea), picking away the softer rocks faster than the hard ones. So in general the ridges and hills are where harder rocks are present and the valleys where softer rocks are to found. The rocks of the Malvern Hills are around 680 million years old, but in no way have the Malvern Hills looked the way they do today for all that time! For most of it they would have be covered by other rocks that have since been eroded away, for example, they would have almost certainly been covered by the Cretaceous seas and the chalk deposits they formed. 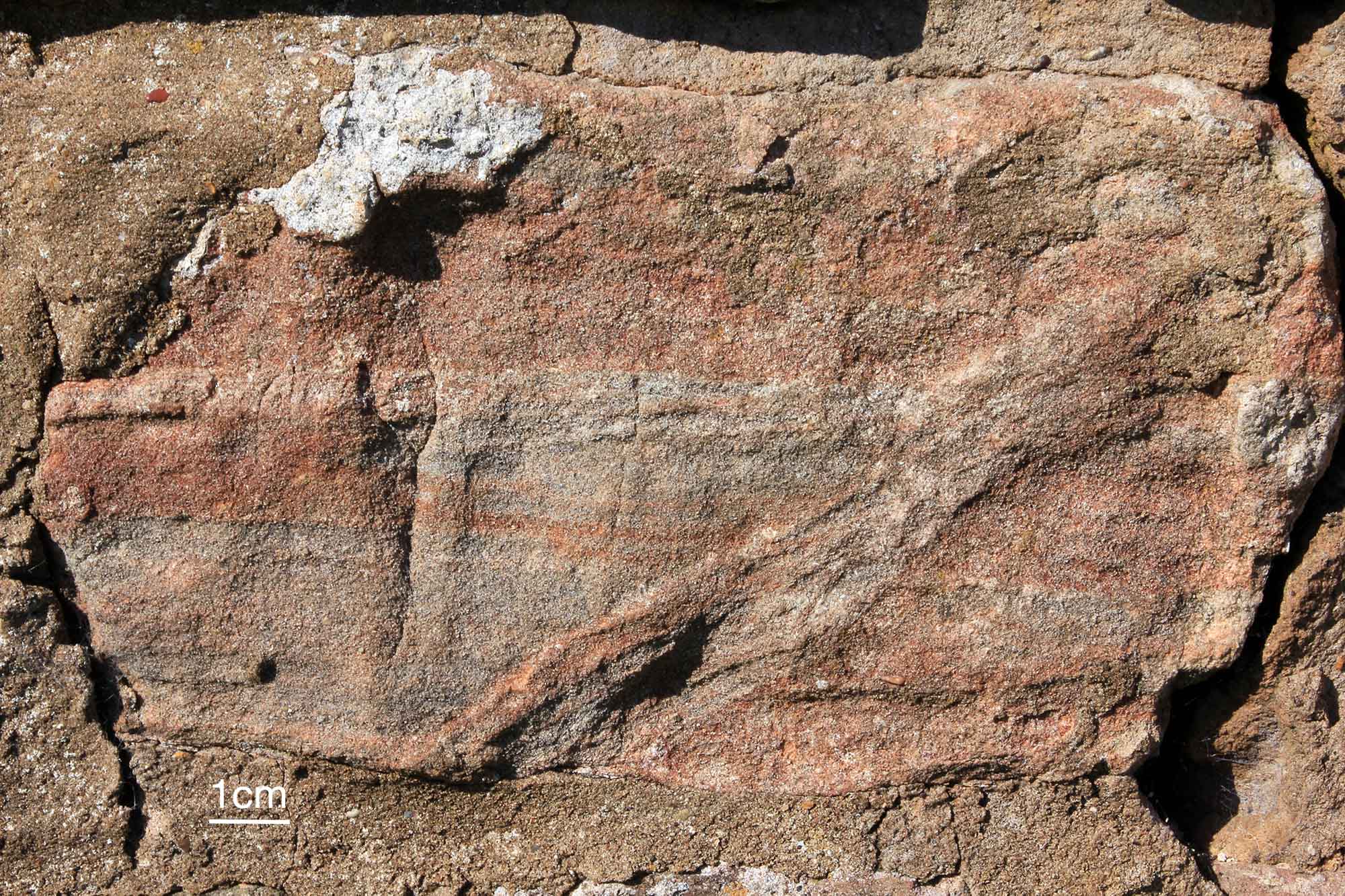 Wall of the Wilderness Centre

What features does it show? Might it be the same as one of the rock types you have seen so far? Use the Map to find what the rock is called.

The rock is the Tintern Sandstone.This rock is a coarse sandstone, with some areas of pebbles (smaller than in the Quartz Conglomerate) and also thin beds of mudstone. The Tintern Sandstone was deposited by rivers, but with less energy than the rivers that deposited the Quartz Conglomerate. The reduction in the river flow rates is probably due to the landscape having been eroded to gentler slopes and also by the rising sea levels of the time, which would reduce the fall in height of the rivers before reaching the sea.

What type of rock does this appear to be?

Which of the rocks of the area might this be?