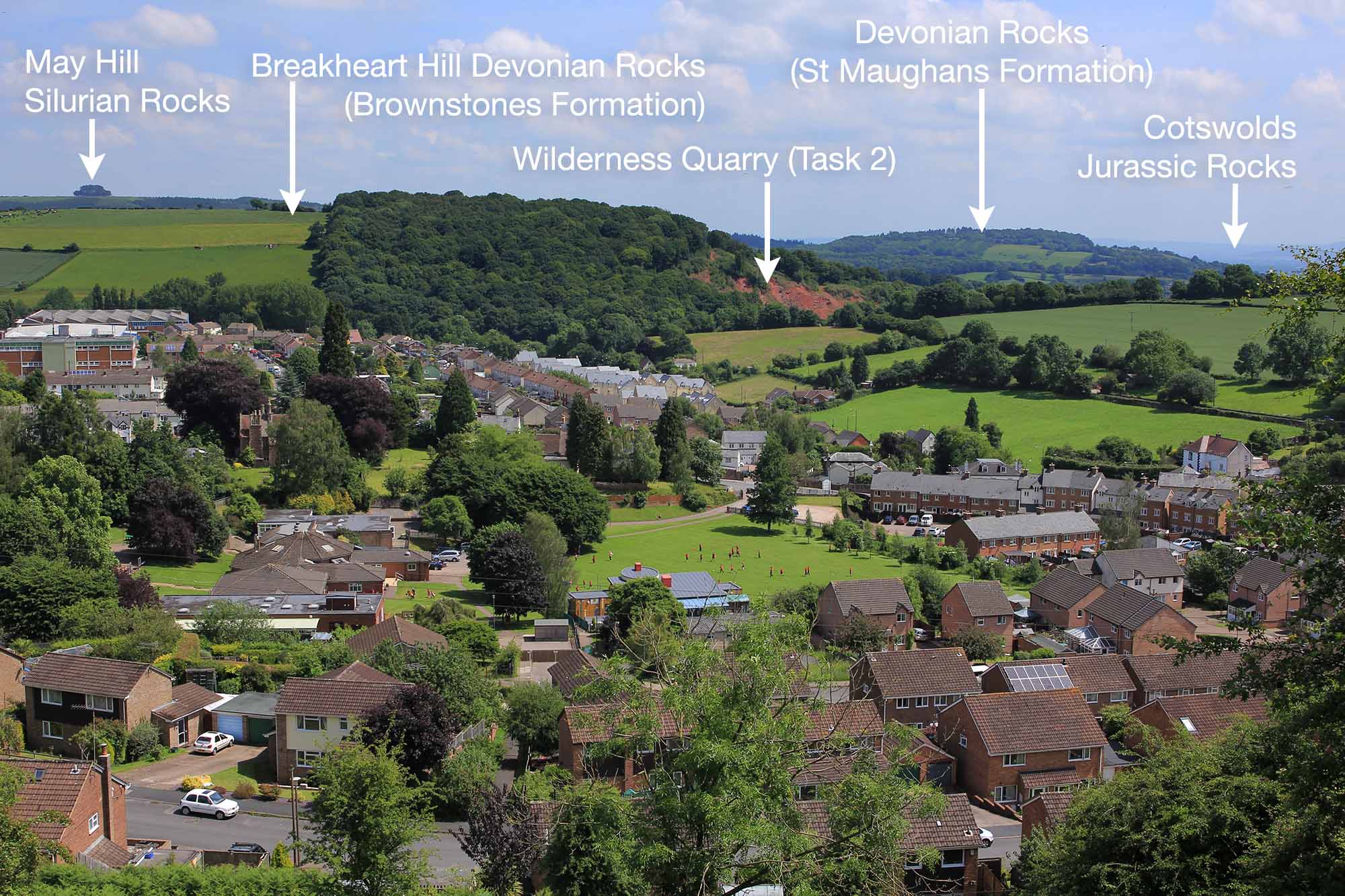 You look east in this picture with the rocks getting older to the east – as far as May Hill. Beyond May Hill there is a big time jump to younger rocks – Triassic Rocks, then beyond that younger still, the Jurassic of the Cotswolds.

The sudden jump in time to much younger rocks, just east of May Hill, is because of a very big fault (crack in the Earth’s crust) running southwards from the Malvern Hills. To the east of the fault, younger rocks are brought to the surface, first Triassic rocks, then younger Jurassic (Dinosaur age) rocks.

Wilderness Quarry, Breakheart Hill and all of the Mitcheldean area has Devonian age Brownstone Formation rocks beneath. Looking at the bright red of the rocks in the Wilderness Quarry, Redstones would seem a better name, however, in most places where the Brownstones occur they are more brown than red. The colour differences are caused by variations in the iron minerals which cement the sand grains together. The St Maughans Formation (named after a village in Monmouthshire) are slightly older than the Brownstones, but are still beds of sandstones in the main, deposited by many southward flowing rivers 400 million years ago. 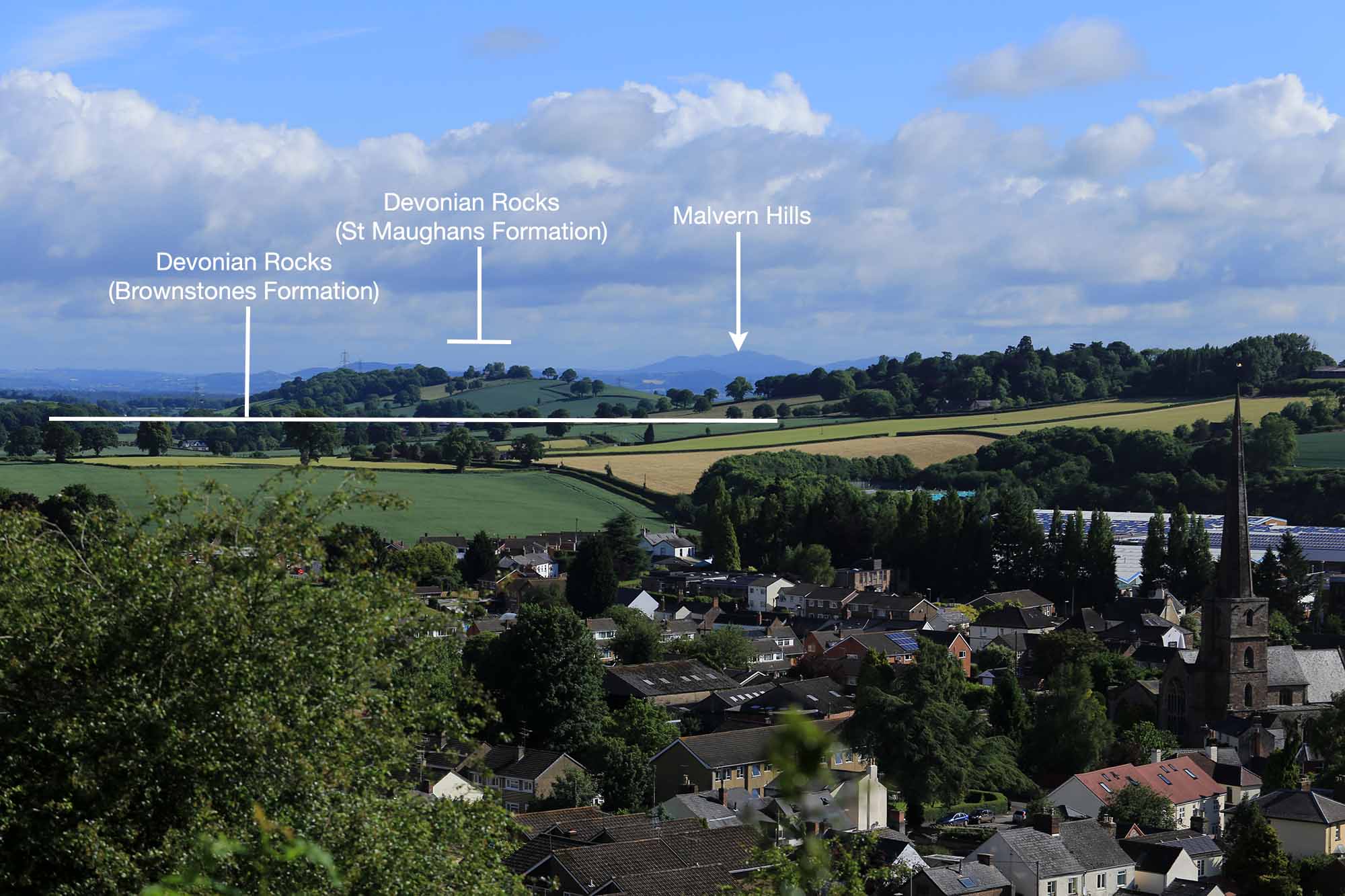 Ridges with valleys between, running in a north-south direction. In the distance the Malvern Hills which are formed of some of the oldest rocks in England – around 680 million years old.

St Maughans Formation and Brownstones Formation are two divisions of the Devonian rocks. Both are essentially sandstones deposited by river systems draining from the NW (running mainly southwards). The distinction lies with the sandstones of the St Maughans containing clay minerals between the quartz grains, that makes them Argillaceous sandstones. In contrast sandstones consisting predominantly of quartz grains, like the Brownstones, are termed Arenaceous sandstones. The presence of clay in the St Maughans sandstones would indicate the rivers were flowing slower (lower energy), allowing clay minerals to deposit out of the slow moving water. Perhaps the rivers then were flowing slower because they were nearer the then sea level.

As you look eastward from here (as far as May Hill) what is happening to the age of the rocks?

a) getting older
b) getting younger
c) staying about the same

Why do we have these ridges and valleys running roughly north to south?

Do the rocks carry on getting older as we go further east?

Of the hills labelled in the photos, which is formed of the oldest rocks?

a) May Hill
b) Malvern Hills
c) Breakheart Hill

The path here is getting very steep, why is that?