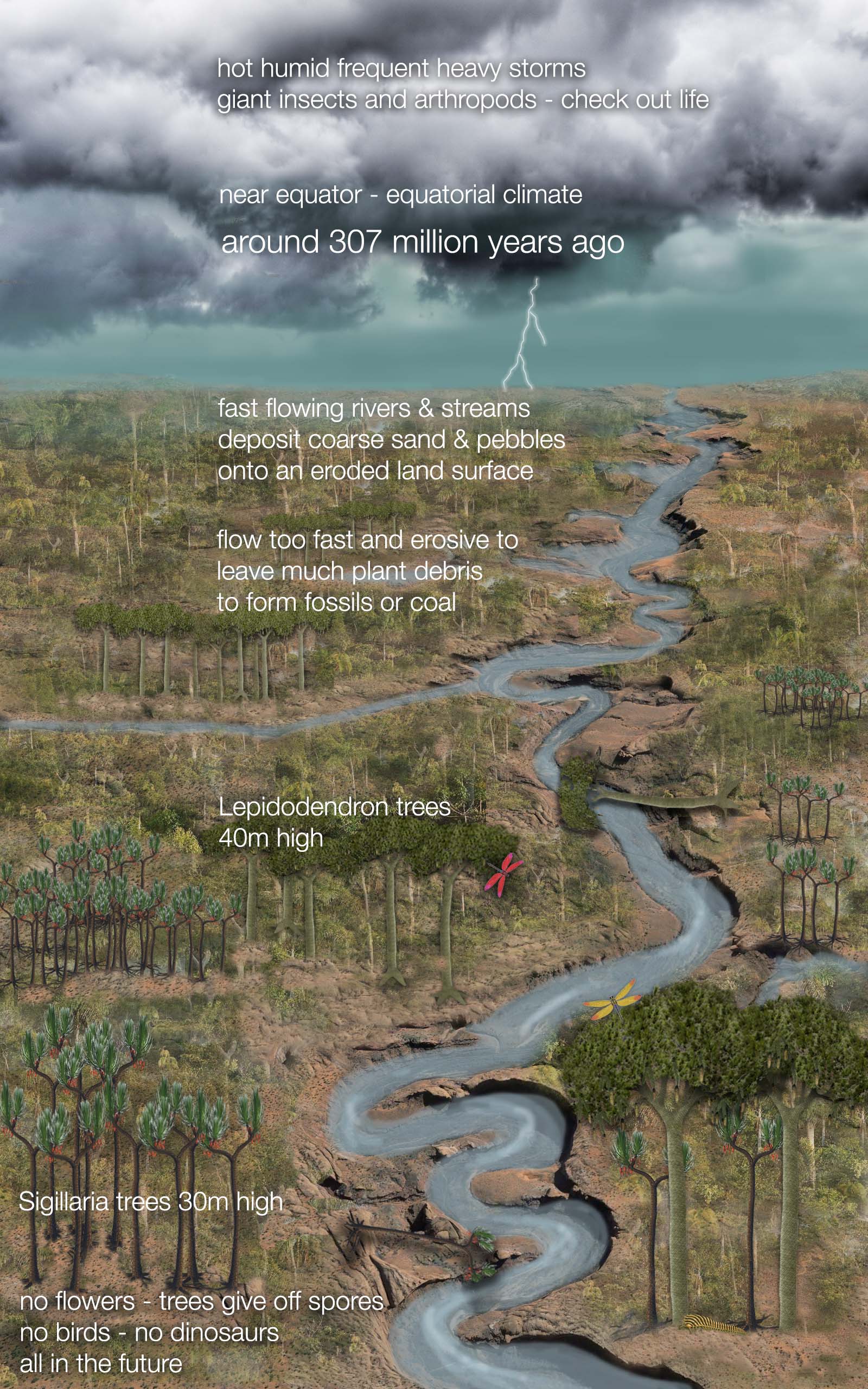 Around 305 million years ago the Trenchard Formation was forming from deposition of coarse sand and pebbles from fast flowing rivers. The rivers are charged with sediment as the land level has been raised by the Variscan Orogeny, which has folded and uplifted the rocks older than around 310 million years. Consequently the Trenchard rocks have an unconformity at their base. This unconformity is visible in two disused quarries south of Mallards Pike lake.

Note the complete change in the geography from the situation when the older (and below the unconformity) rocks of the Cromhall Sandstone formed. Then we had sea to the south, rivers drained south and this area occupied a coastal setting. By the Trenchard time plate movement had consumed the oceanic plate (Rheic Ocean) to the south and crumpled rocks into a great belt of mountains across Europe (not the Alps – they are mainly the product of a more ‘recent’ plate collision). 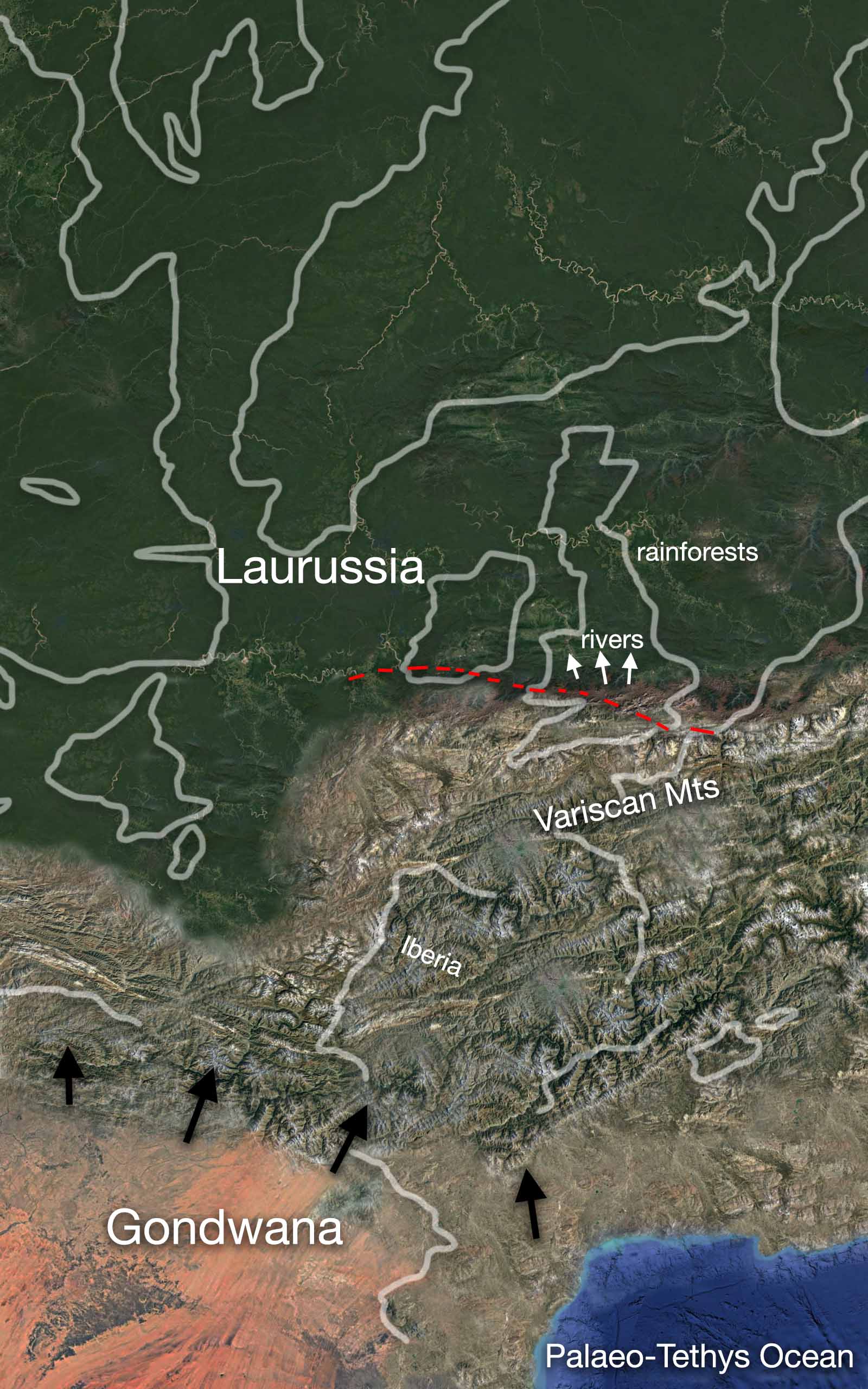 Massive Gondwana plate has fused with the Laurussia plate, leaving this area with high mountainous terrain to the south and extensive rainforests to the north. With a location close to the equator, winds from the SE carry moisture from the warm Palaeo-Tethys Ocean, to drench the Variscan Mts, from which a network of rivers flow through this area.