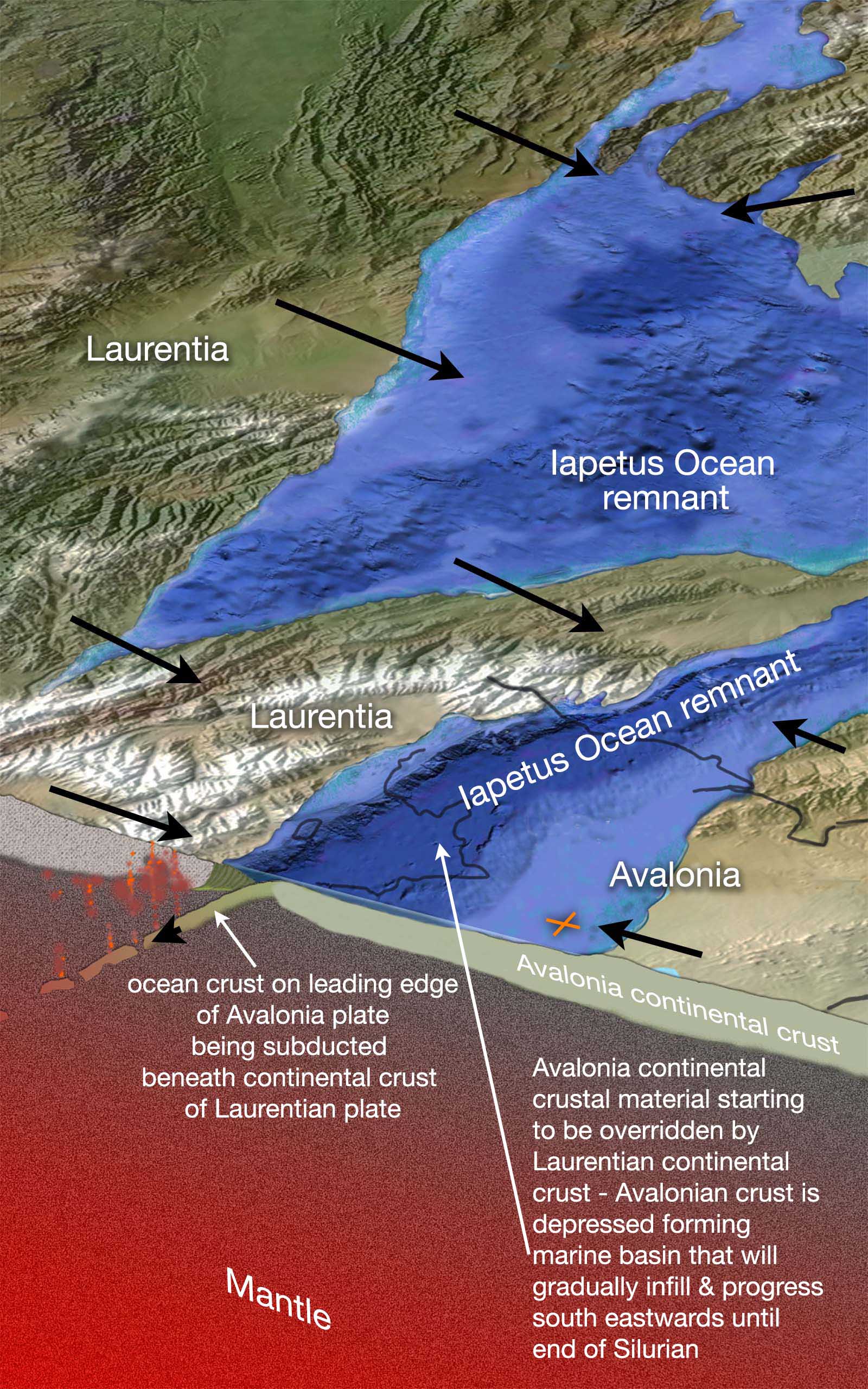 This schematic sets the scene for southern Britain (orange square is Voyage location) around 420 million years ago in the Silurian. We are  at the end stage of the closure of the once vast Iapetus Ocean. A channel of deeper water lies between the Avalonian and Laurentian plates. The Voyage area is located in a shallow (continental-shelf) sea. This marine environment combined with a latitude equivalent to that of the present day Bahamas, yields conditions in which corals and associated abundant marine life flourish.

By the end of the Silurian (when the Raglan Mudstone is being formed) most of Britain has left marine conditions and enters a period of terrestrial conditions – the Devonian with its vast rivers and flood plains. Marine conditions will not return until the early Carboniferous.