Filmed in the Olchon Valley area of the Black Mountains on the English Welsh border.

The video opens with a north-south flight above the arête ridge of the Cat’s Back. The stepped features along the ridge are formed by the outcrop of nearly horizontal sandstone beds of the Devonian Senni Formation. The lower slopes of the ridge and the valley are underlain by the Devonian Freshwater West Formation.

The video then cuts to the northern end of the ridge near Black Hill and swings upward to the head of the Olchon Valley to reveal the terminal moraine visible on the western flank of the valley (at 1.00 in the video).

We then jump to the western side of the Olchon Valley, to the area of the Black Darren and Red Daren, where a number of marked features associated with erosion of the valley side are visible.   The flyby allows you to observe the ridge below Black Darren from a number of angles and you should use this in conjunction with the field work in the GeoExplore app guided field trip Back Mts. to formulate your argument as to how this ridge formed. For example, did it slide into place or was it left behind when the valley formed at the base of the Black Darren face?   The latter sections of the video overlay graphics and text to assist identification of the features present.

The image below illustrates the features of the area. A pronival ridge (also known as a protalus rampart – as labelled in the video) is a ridge formed as rock debris falls onto a snow slope from a cliff above and slides down the snow surface to come to rest at the foor of the slope. Over a period of time sufficient material can accumulate to produce a distinct bank. 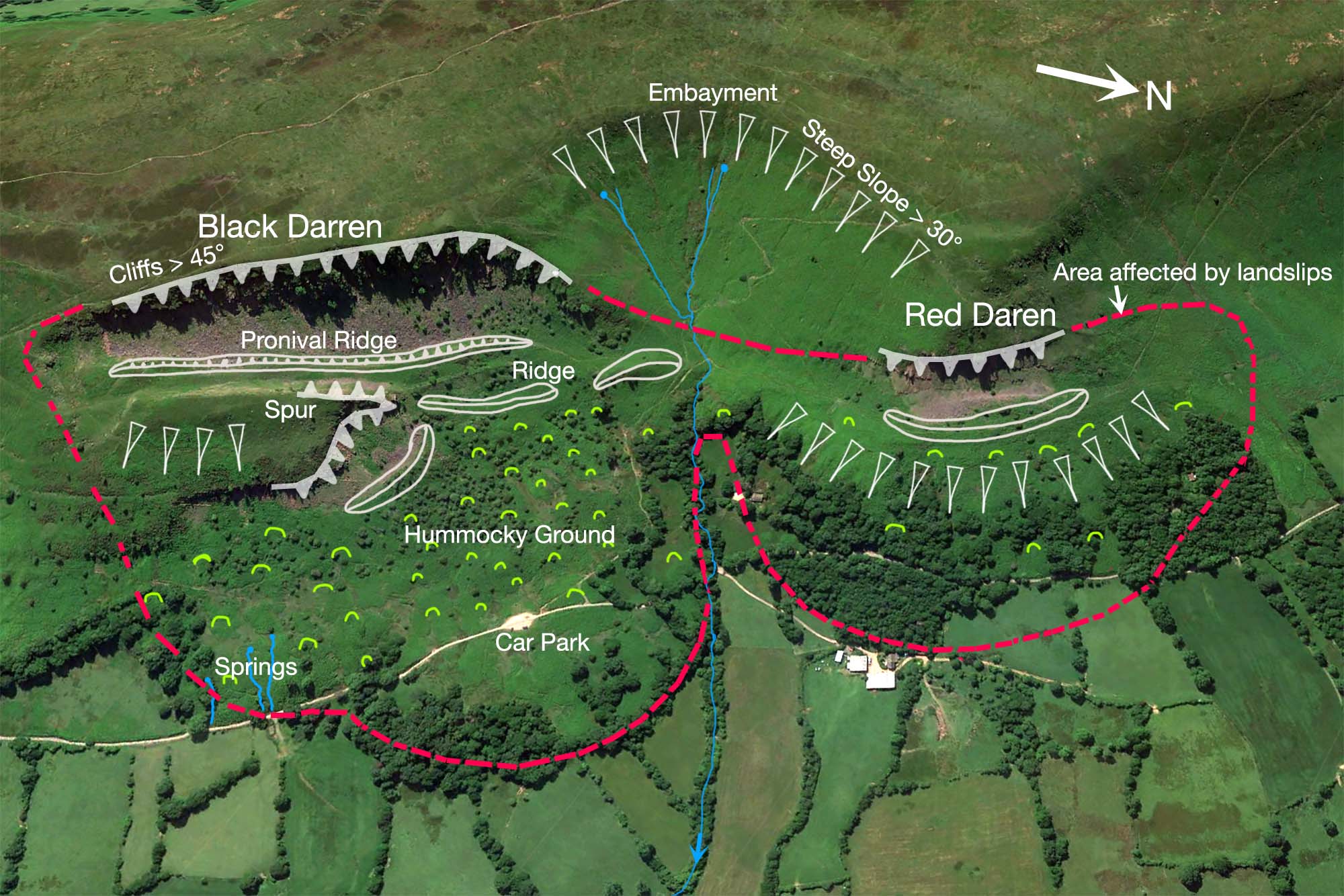 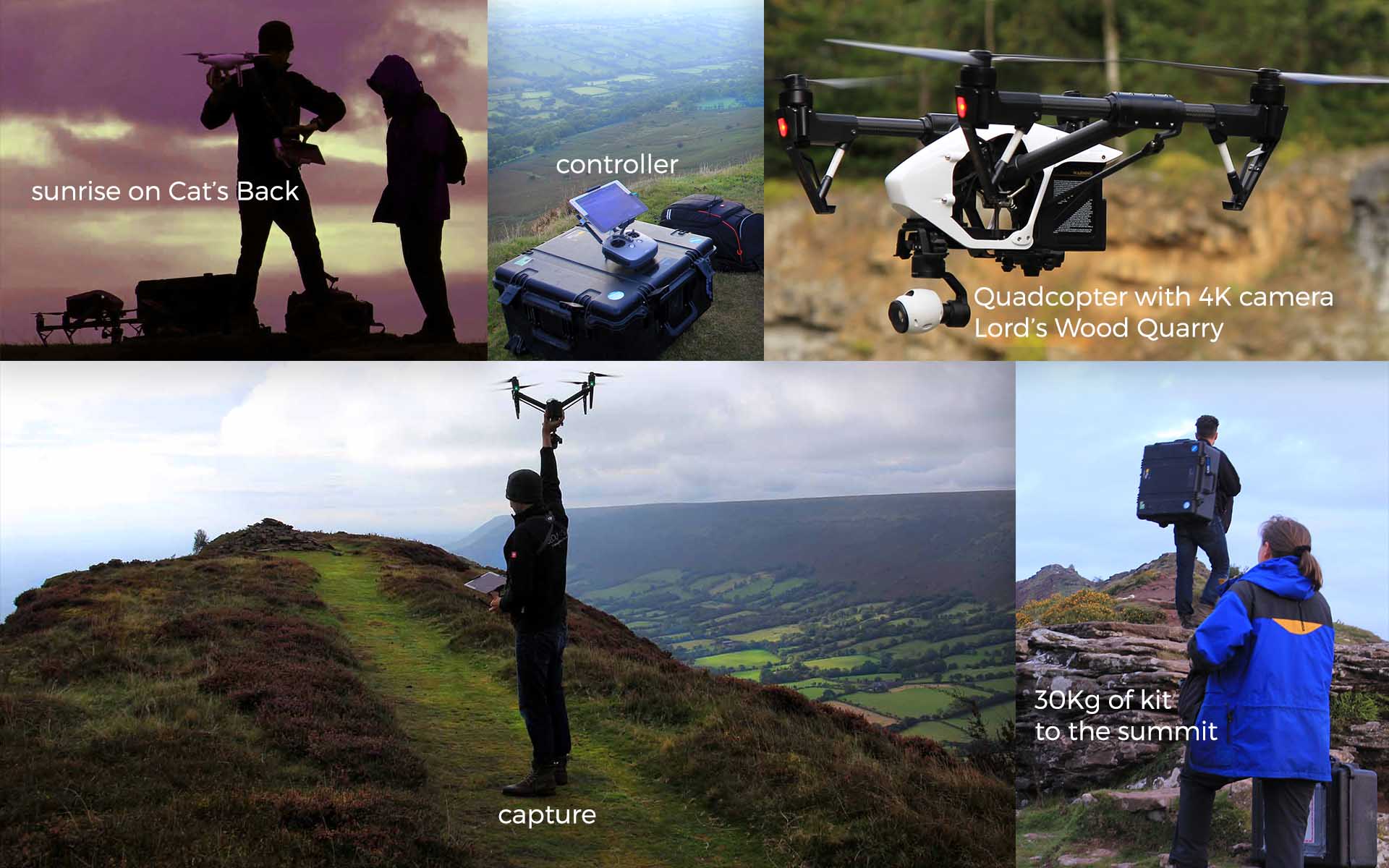