Earth around 450 million years ago – Ordovician 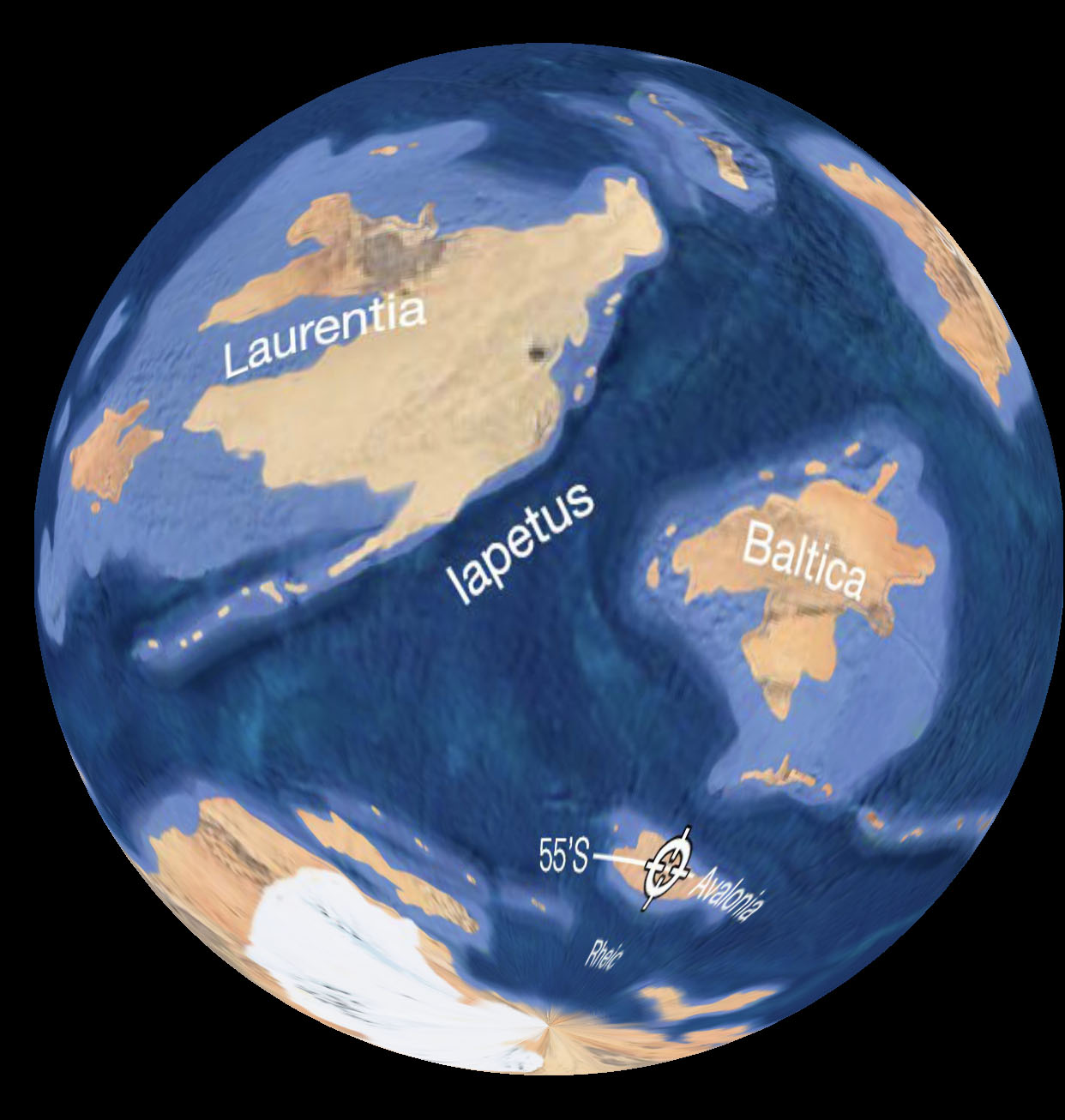 The location of southern Britain is marked by the white cross. The latitude is 55 degrees south of the Equator. Southern Britain and southern Ireland forms part of the small plate Avalonia, which rifted from Gondwana in the early Ordovician around 475 million years ago. Avalonia drifted northward, with the Rheic Ocean widening between Avalonia and Gondwana. Along the northern edge of Avalonia, subduction of Iapetus oceanic plate is occurring. Scotland and the northern part of Ireland are far away on the other side of the Iapetus Ocean, as part of the Laurentia plate.