7 Pinnacle Hill North
Back to map 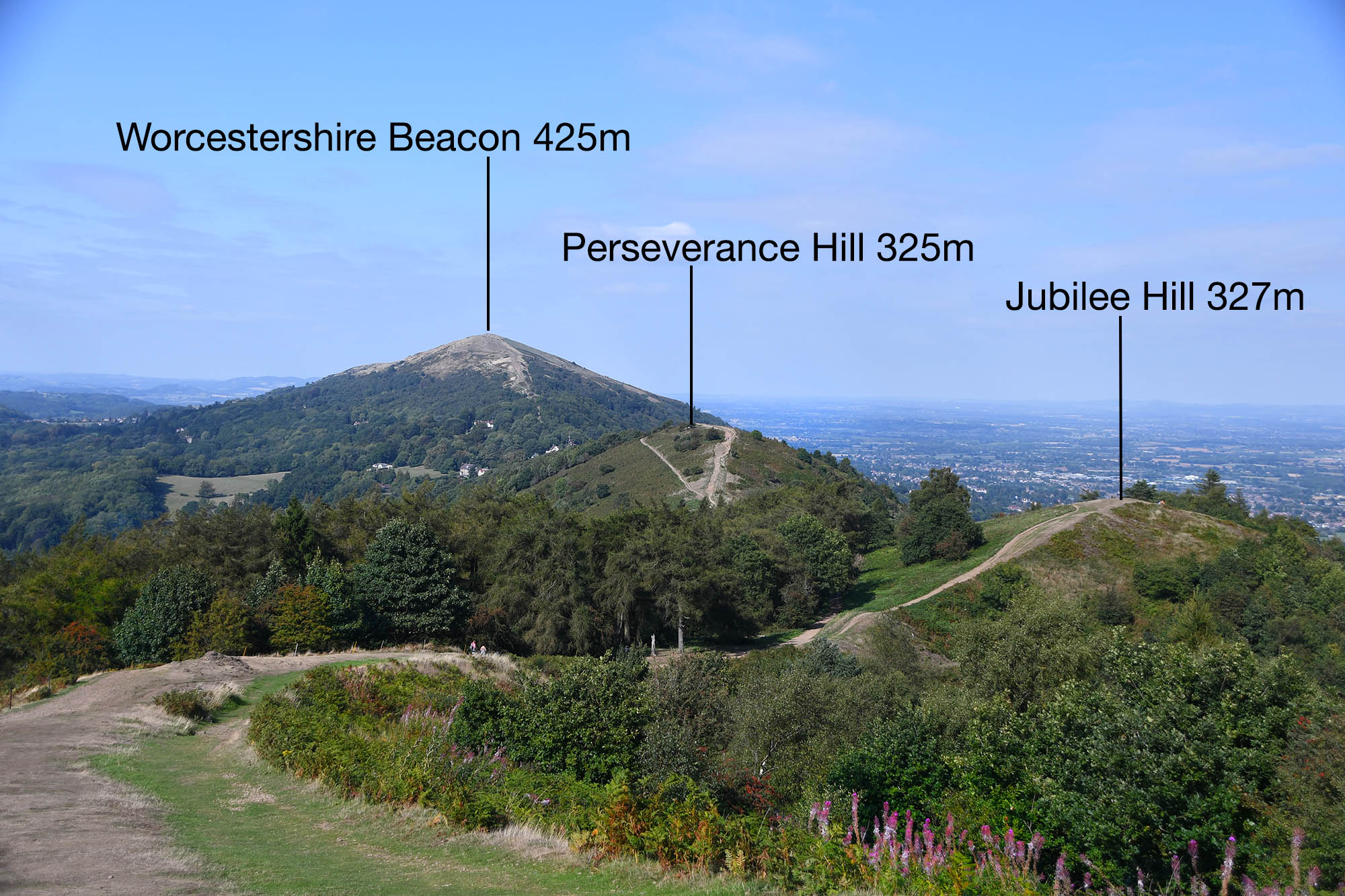 Pause here to look back to the north. This is one of the best views of the central Malverns ridge, with Jubilee and Perseverance Hills in view, and Worcestershire Beacon behind. An important thing to note is that only the upper slopes are not vegetated by trees or scrub. In the recent past, this was not the case.There are many reasons for this, which include natural factors, but grazing and management practices play a large part.

The extent and type of vegetation cover on the Malverns has varied considerably in the past. Nearly all of the Hills were once covered with native species of trees such as oak, ash, and birch. This cover would have been less dense along the rocky central ridge. Over many centuries, tree cover has gradually diminished. By about the 17th century A.D., most of the hills were bare, largely because of the pressure of grazing and the need for fuel. Some small areas were planted and fenced (see Thirds Wood – site 11). Photographs taken as recently as 100 years ago show a much more open landscape than exists now. Since then, many of the lower slopes of the Hills have been invaded by scrub, birch, and other trees. Nowadays, the Malvern Hills Trust carefully manages the vegetation, to keep open as many different habitats as possible, and to preserve the famous views.

What has led to an increase of tree cover on the Malverns?