3 Wyche Cutting
Back to map 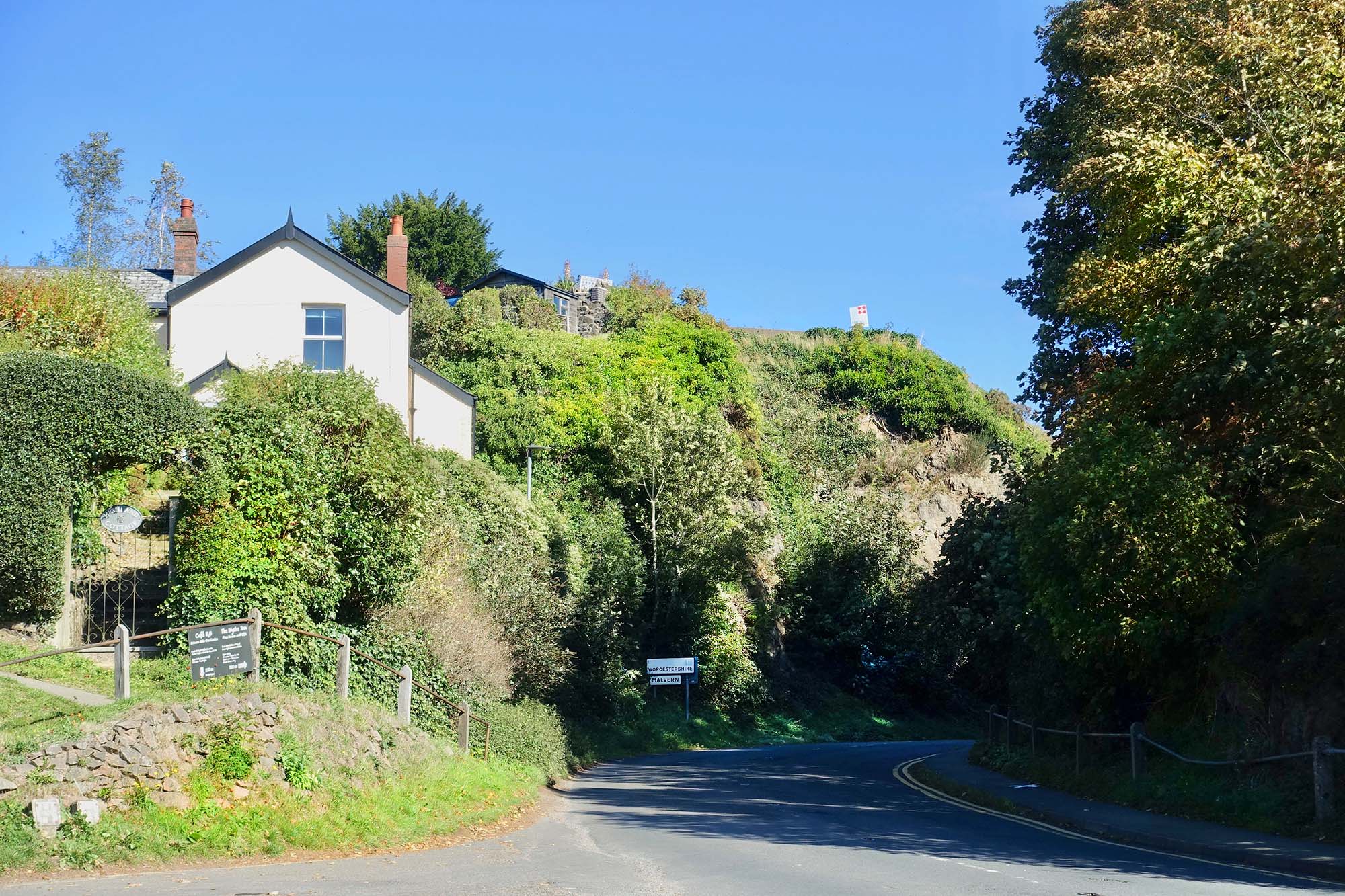 The Wyche cutting is an important local route on the Herefordshire-Worcestershire county boundary. The cutting has probably been in use since Bronze Age times, and in Roman times became a packhorse route for goods, including salt mined in Droitwich. In the last two centuries, the cutting has been widened and deepened several times, notably in 1836 to form a carriageway. NOTE : Because of the danger from traffic, do not attempt to cross the road within the cutting! 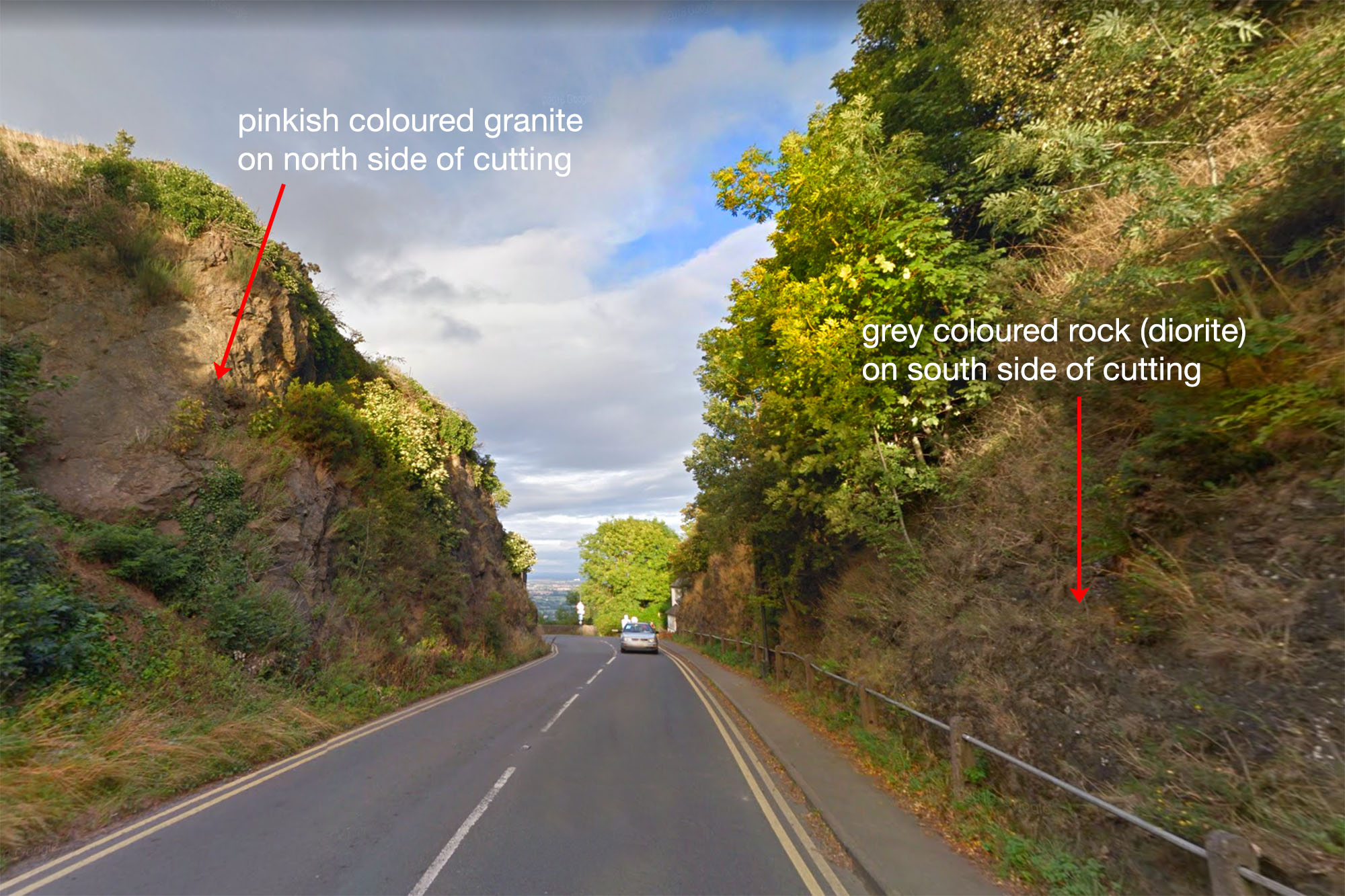 Although the rock of the Malvern Hills is very hard, the cutting has taken advantage of a geological fault (a really big crack in the rock – see diagram below), which has created a line of relative weakness. The rocks on either side of the cutting have been created from molten rock. The faulting has meant that the rocks are different on either side of the cutting, as they have slipped along the fault. They are grey on the south side and pinkish to the north.

There are two main types of rock in the cutting. Immediately beside the paved footpath the rocks are generally grey in colour. This is diorite, a type of igneous rock. Although fine grained, if you look carefully you can make out the individual crystals. Diorite is the commonest rock type on the Malverns ridge. However, close inspection will show that in places there are signs of parallel banding in the rock. This is evidence that the rock has undergone subsequent alteration (metamorphism). Opposite, on the north side of the cutting, the rocks when freshly exposed have a pink hue typical of granite in this part of the Malvern Hills. Granite is also an igneous rock, but coarser grained than diorite. In the cutting the granite has a massive structure – large blocks of solid rock with few joints. 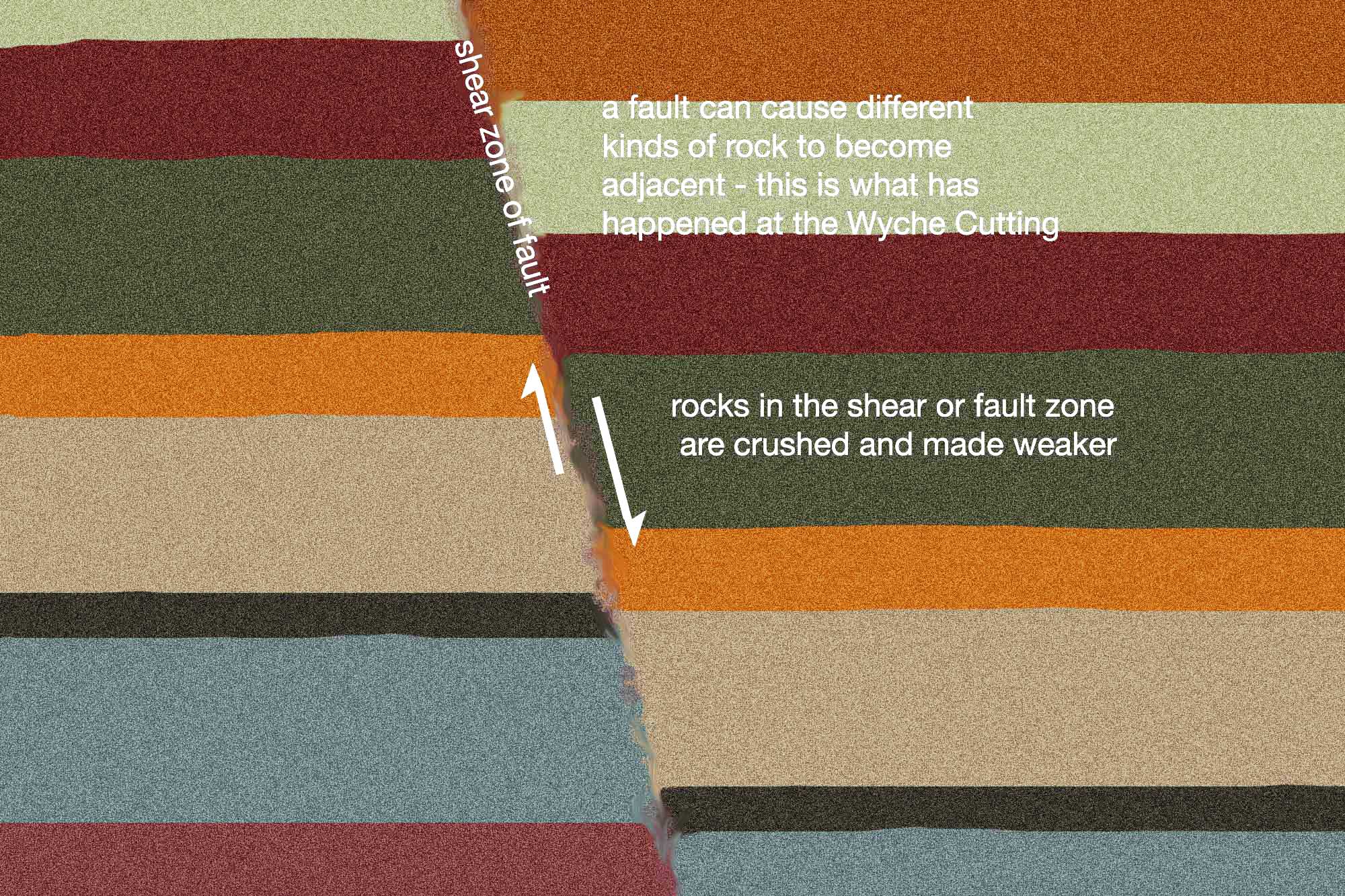 What is the origin of the Wyche cutting?