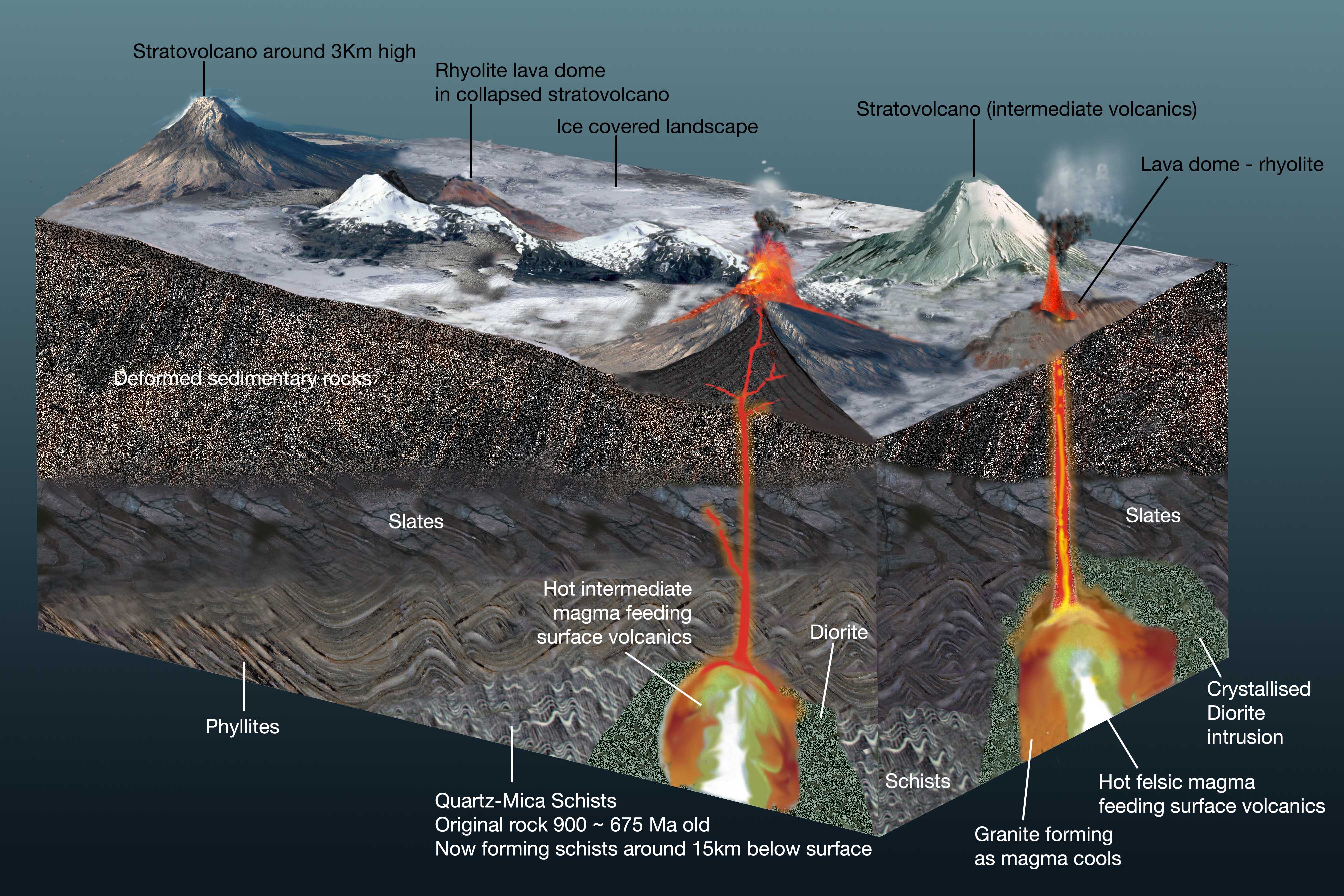 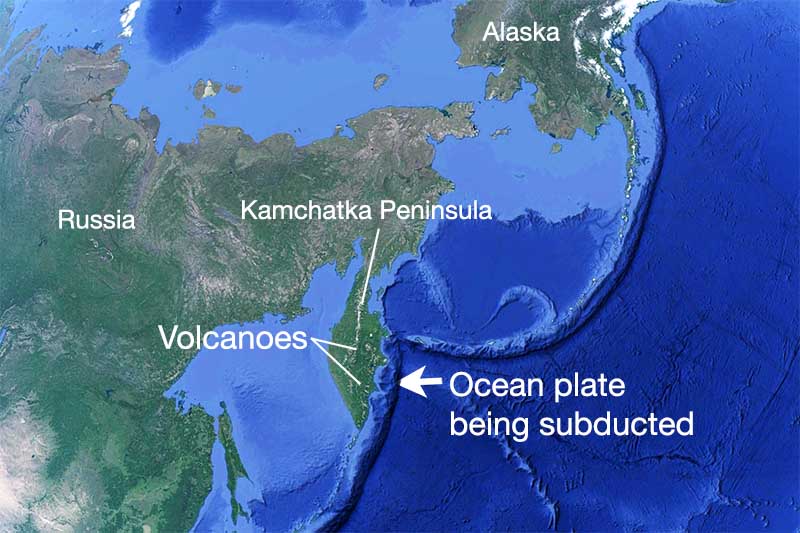 Schematic reconstruction of the environmental setting around 680 – 670 million years ago when the rocks of the  Malverns Complex were forming from the crystallisation of magmatic melt in the crust.

This was taking place around 60 degrees south of the equator in a setting analogous to the Kamachtak peninsula (far eastern Russia) of the present day – but without any fauna or flora on the land.

The schematic below depicts the key features of an oceanic plate (overlain by a largely frozen ocean) moving beneath continental crust (subducted). The melting of the plate as it enters the mantle is the cause of the volcanism. Not all the magma from the melting is extruded at the surface as violent volcanoes. The melt which slowly cools and crystallises at depth, forms igneous rocks like diorite and granite. In is those rocks, which hundreds of millions of years later are located at the surface as the Malvern Hills and exposures like that at Martley Rock. 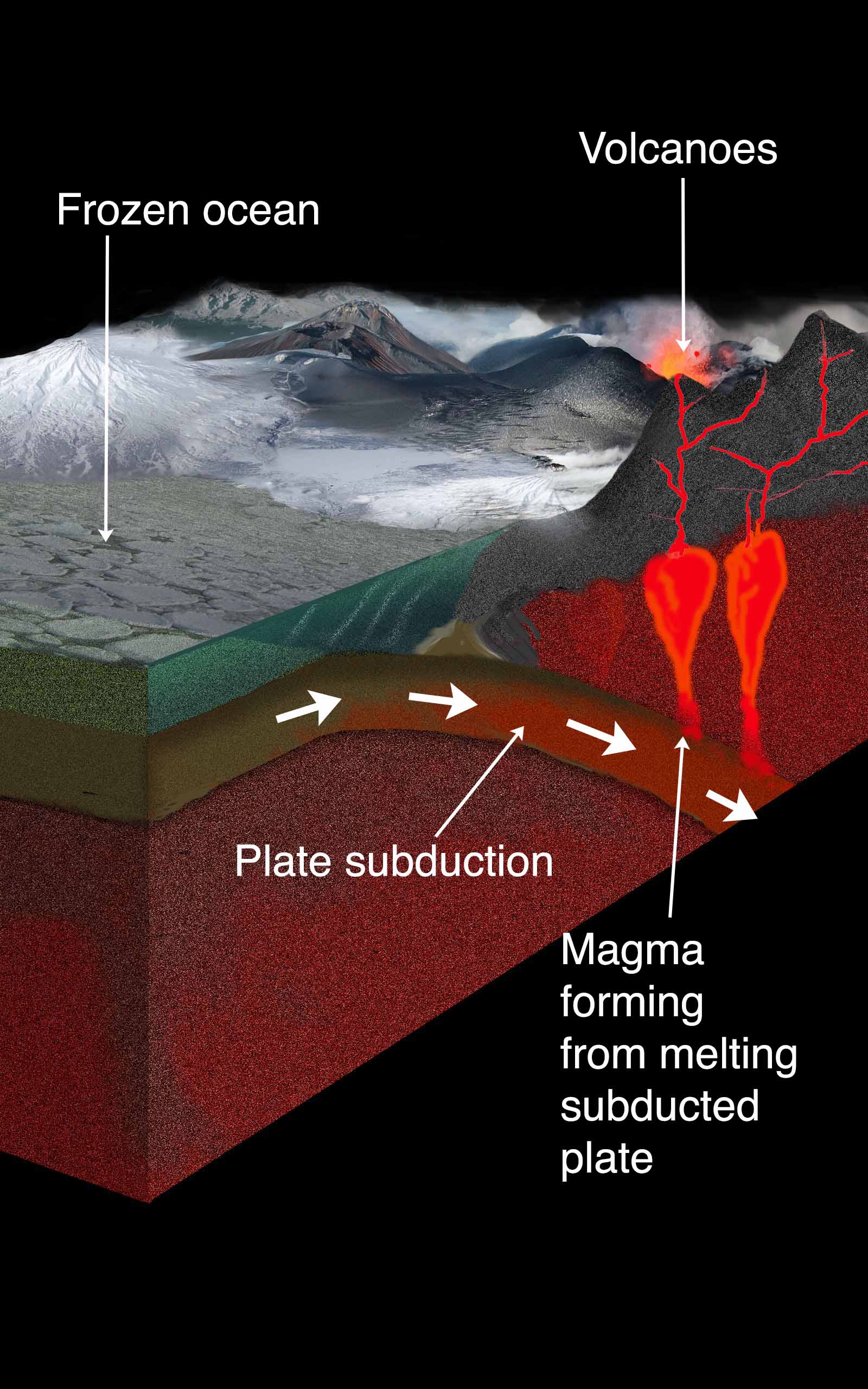 Types of magma and the igneous rocks they produce

When felsic magma crystallises within the crust the end product is a granite. At the surface felsic magmas give rise to dangerous explosive volcanoes because the magma is so sticky. The solidified product is called rhyolite, which has a distinctive pink-red colour.

In contrast, mafic magmas with their low viscolity give rise to volcanoes with a low dome (shield) cone. When crystallising in the crust they form, dependanr upon the rate of cooling, gabbros (slow cooling), dolerite or basalt (fast cooling)

Intermediate magmas cystallise in the crust to form diorites (a large proportion of the Malvern Hills is composed of diorite). Erupted at the surface intermediate they give rise to the characteristic cone shape – a stratovolcano. 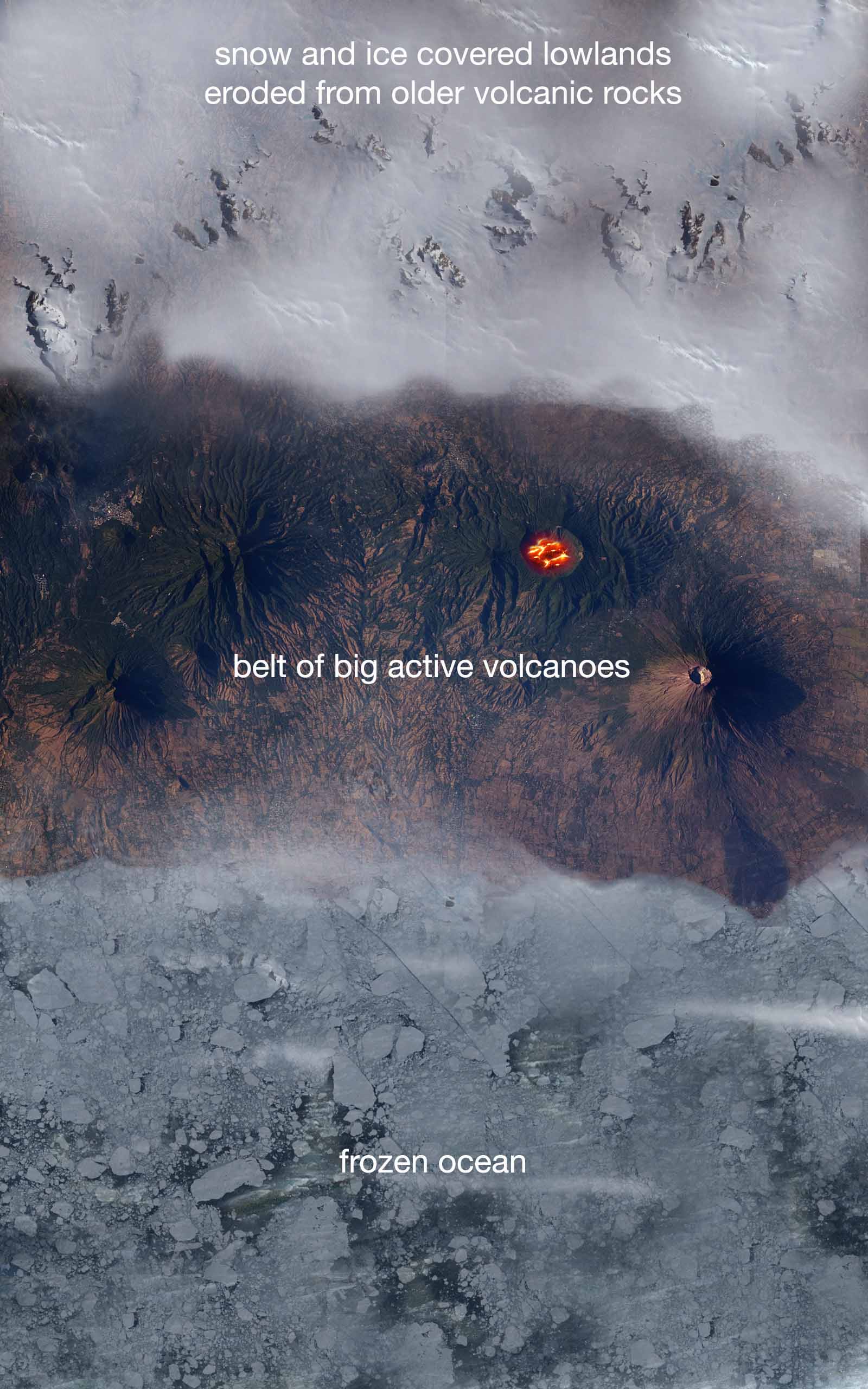