6 View of hills
Back to map 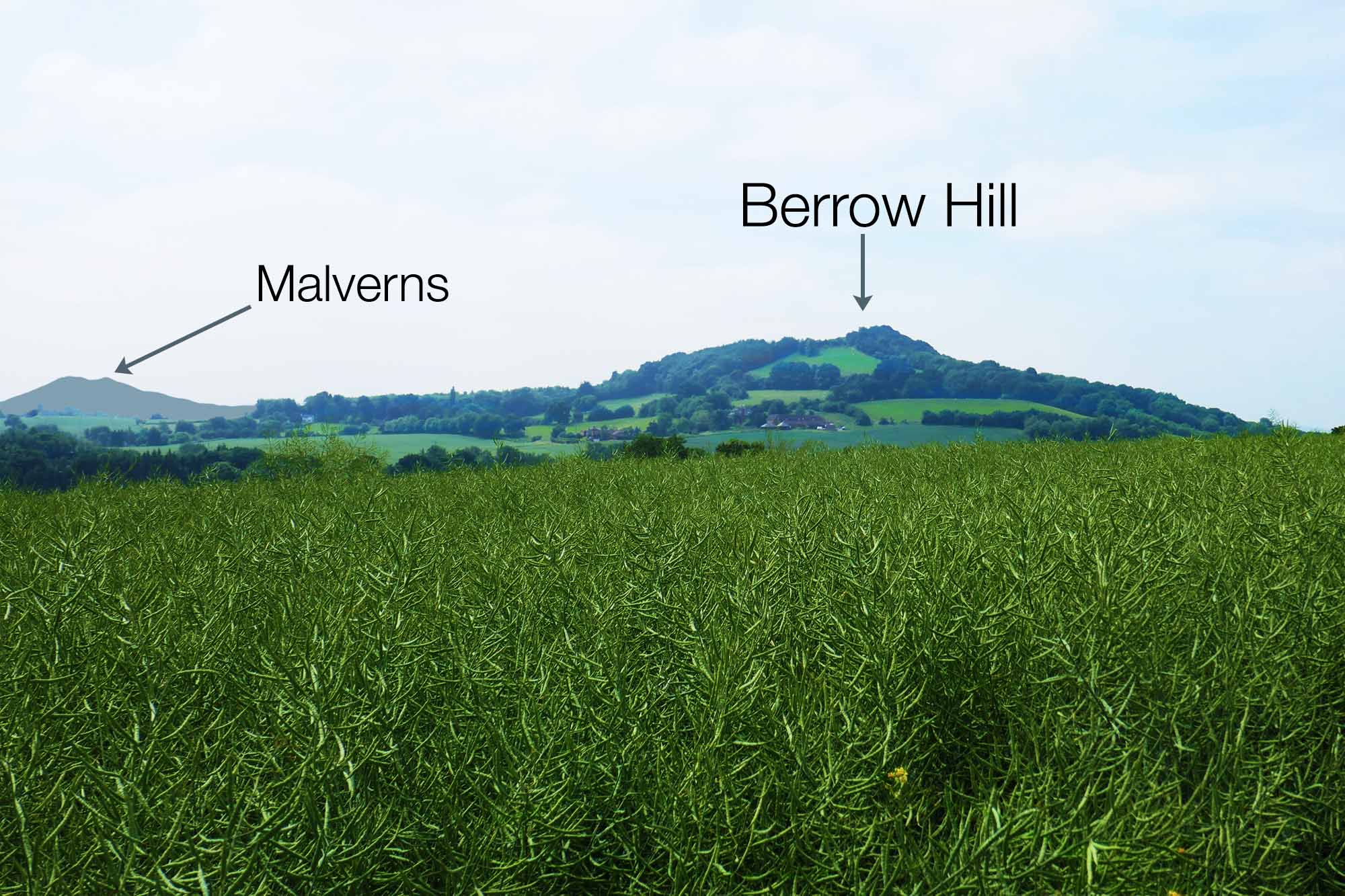 Stop in the middle of this field on the top of the hill and look around at the fabulous views (best on a clear day)! To the south you can see Berrow Hill again, with the Malvern Hills in the distance beyond.

Which are the younger rocks, those of the Malverns or those of Berrow Hill? 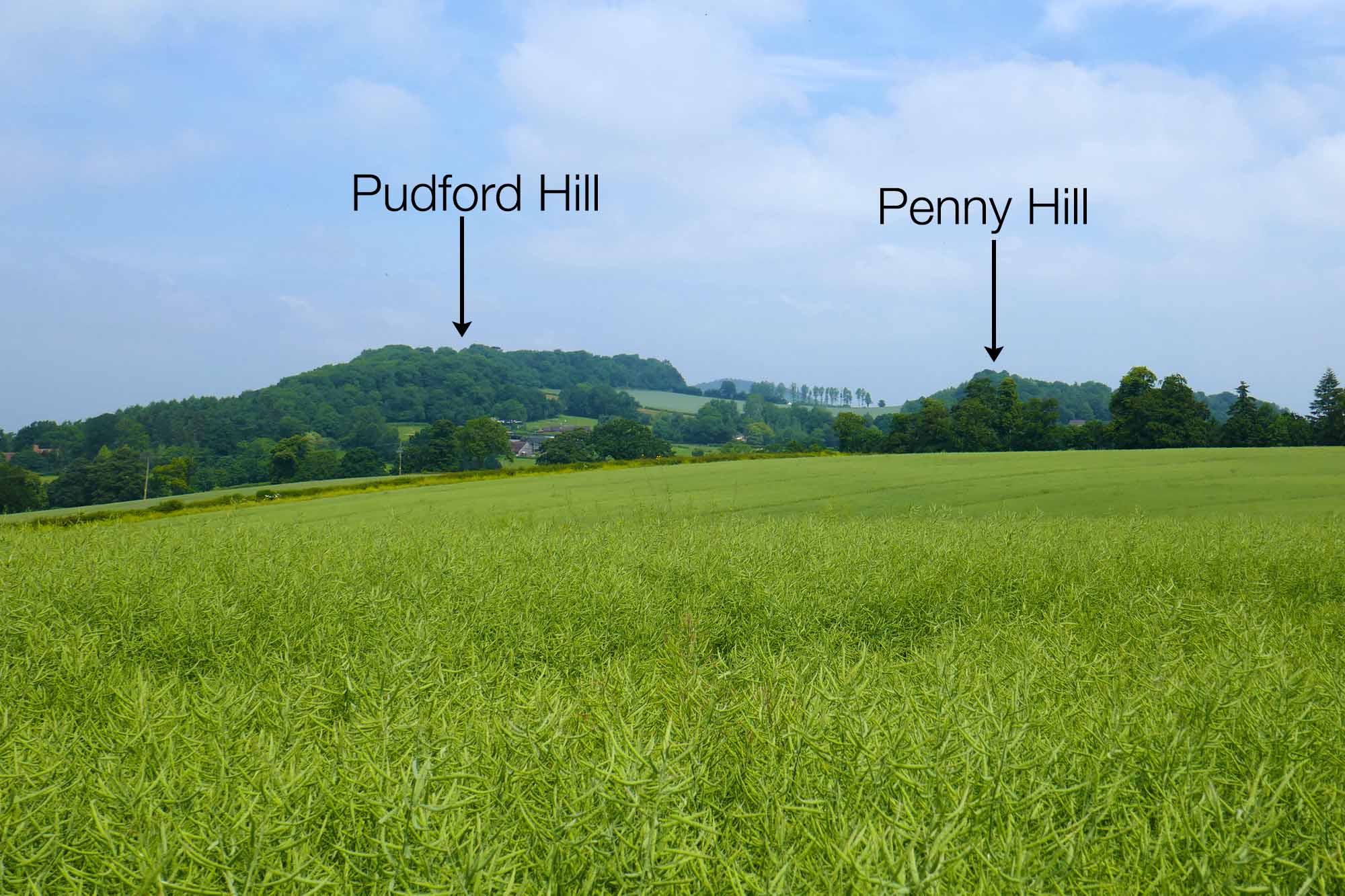 To the north, you can see the double peaks of Pudford Hill and Penny Hill, which we will visit later.

What do you think may be causing this shape of two peaks with a valley between? Look at the rock outcrops and type of rocks on the map for clues. 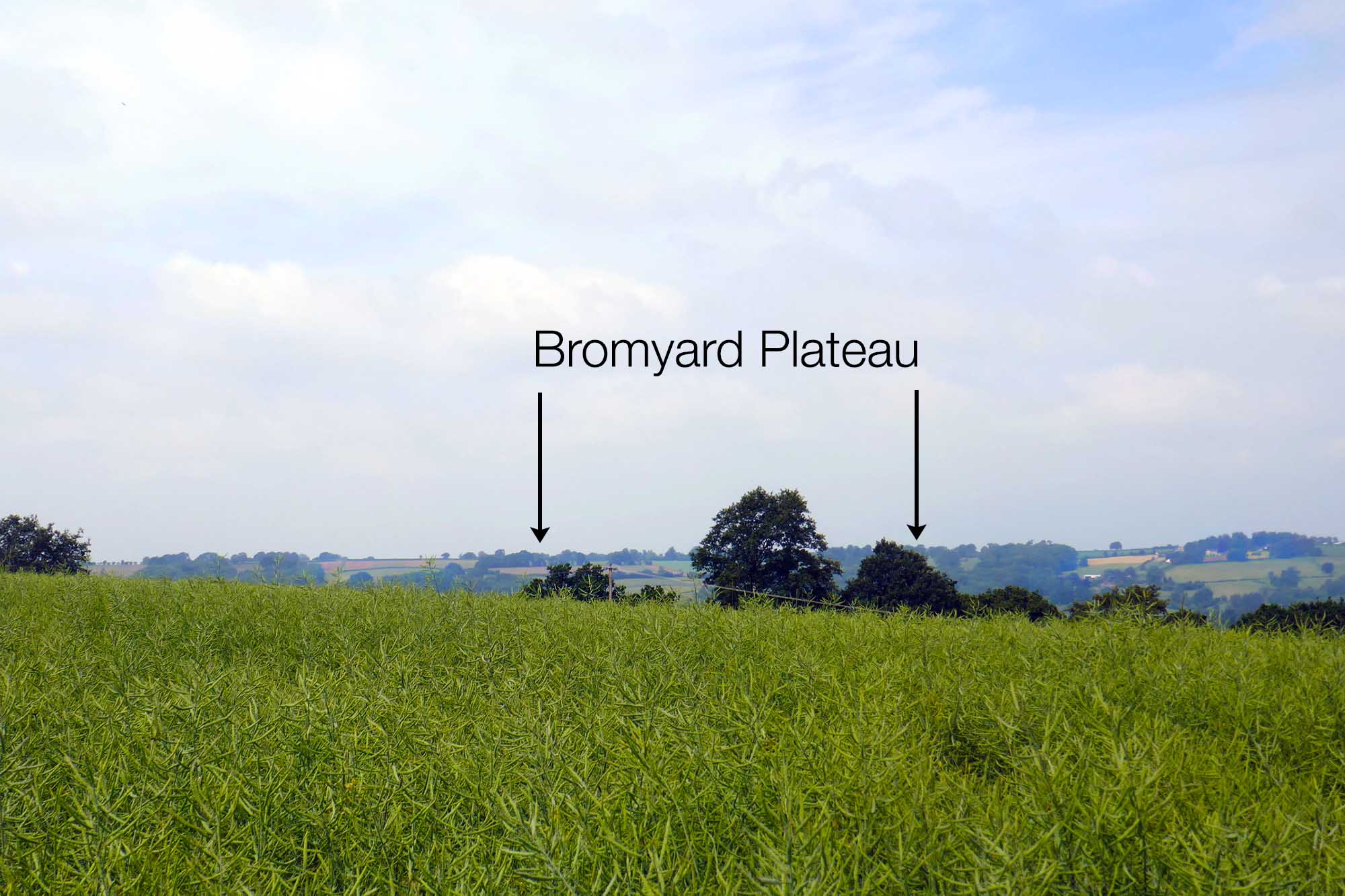 Look towards the west where you can just see a high flat plateau. This area is called the Bromyard Plateau and forms high, hilly ground to the west of the River Teme. The rock these hills are made of is reddish in colour. What does that tell you about the environment they may have formed in.

The red, orange and brown colours of sedimentary rocks are due to iron oxide minerals, that form above water in a dry atmosphere. 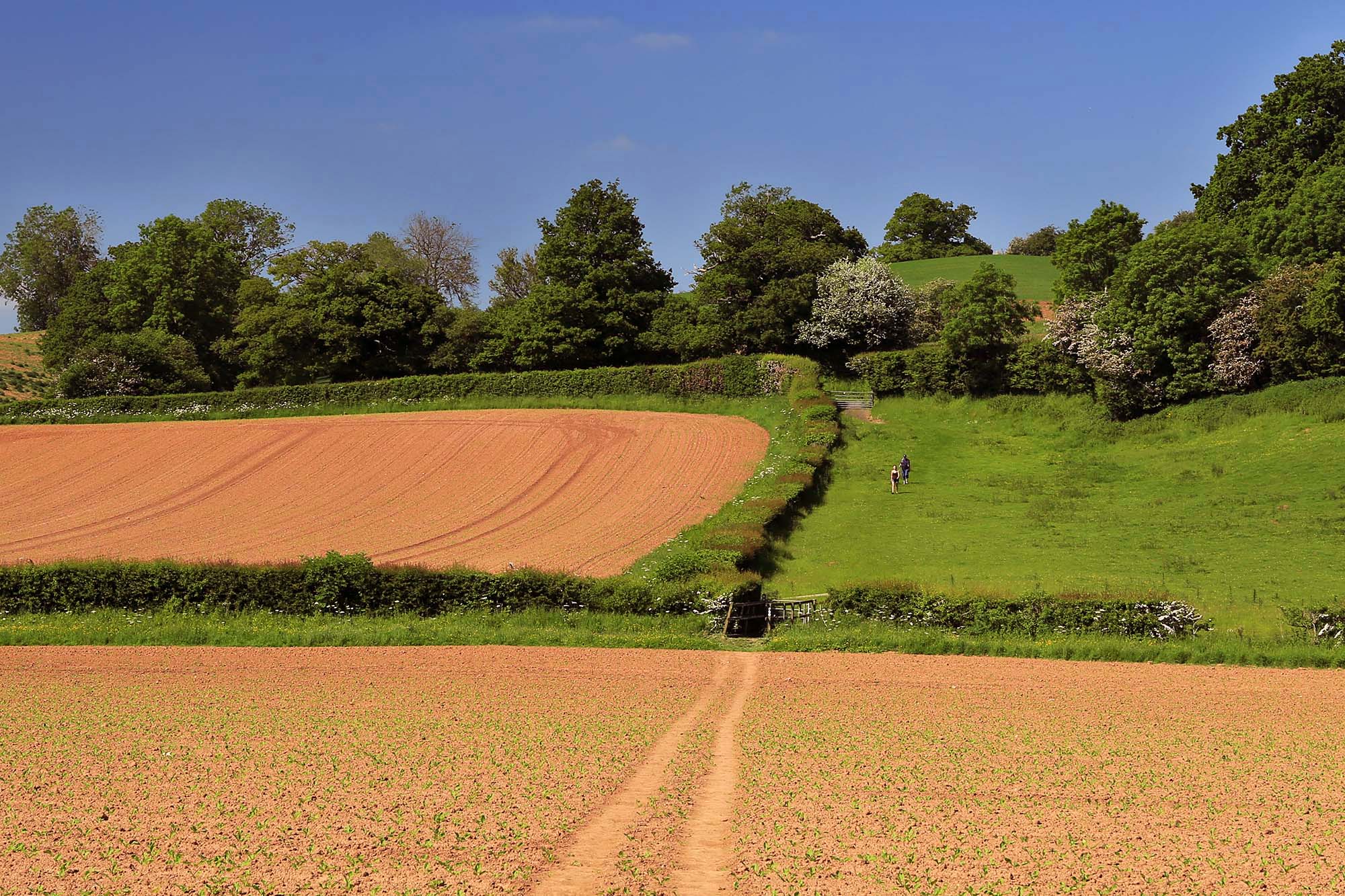 If you were to go for a walk over on the other side of the River Teme, you would find that there are few exposures of rock, but geologists can get clues about the rock under the ground from looking at the landscape, soil and plants. Changes in soil colour or the slope of ground can indicate that there is a change in the rock beneath.

Changes in soil colour, changes in vegetation, changes in slope of the ground, routes taken by rivers and streams are all clues used to build a picture of what rocks beneath may be and whether those rocks are folding or faulted. In places like river valleys you also have to be aware that the soil will also be formed from sediment deposited when the river has been in flood. Geologists call these deposits, superficial, as against the bedrock. 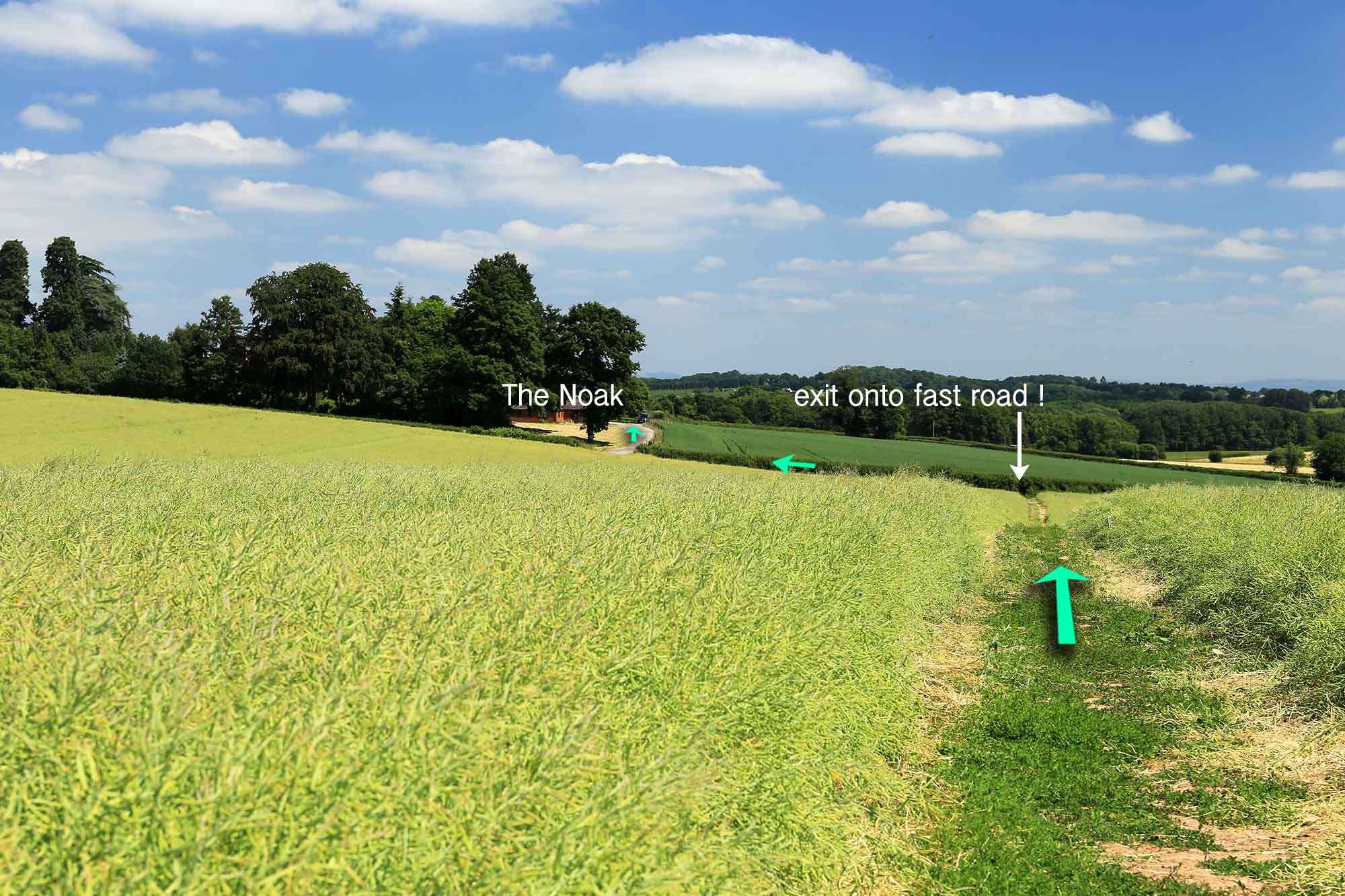 Route onward from site 6. Beware as the path exits from a stile and narrow verge onto the busy B4204. Walk a short distance along this road then enter the track to The Noak (Noak Farm). What does ‘monsters of the Anthropocene’ on the map refer to?

Anthropocene is a proposed period (epoch) of geological time which refers to the present time and begins from the time of significant human impact on the Earth’s geology and ecosystems. 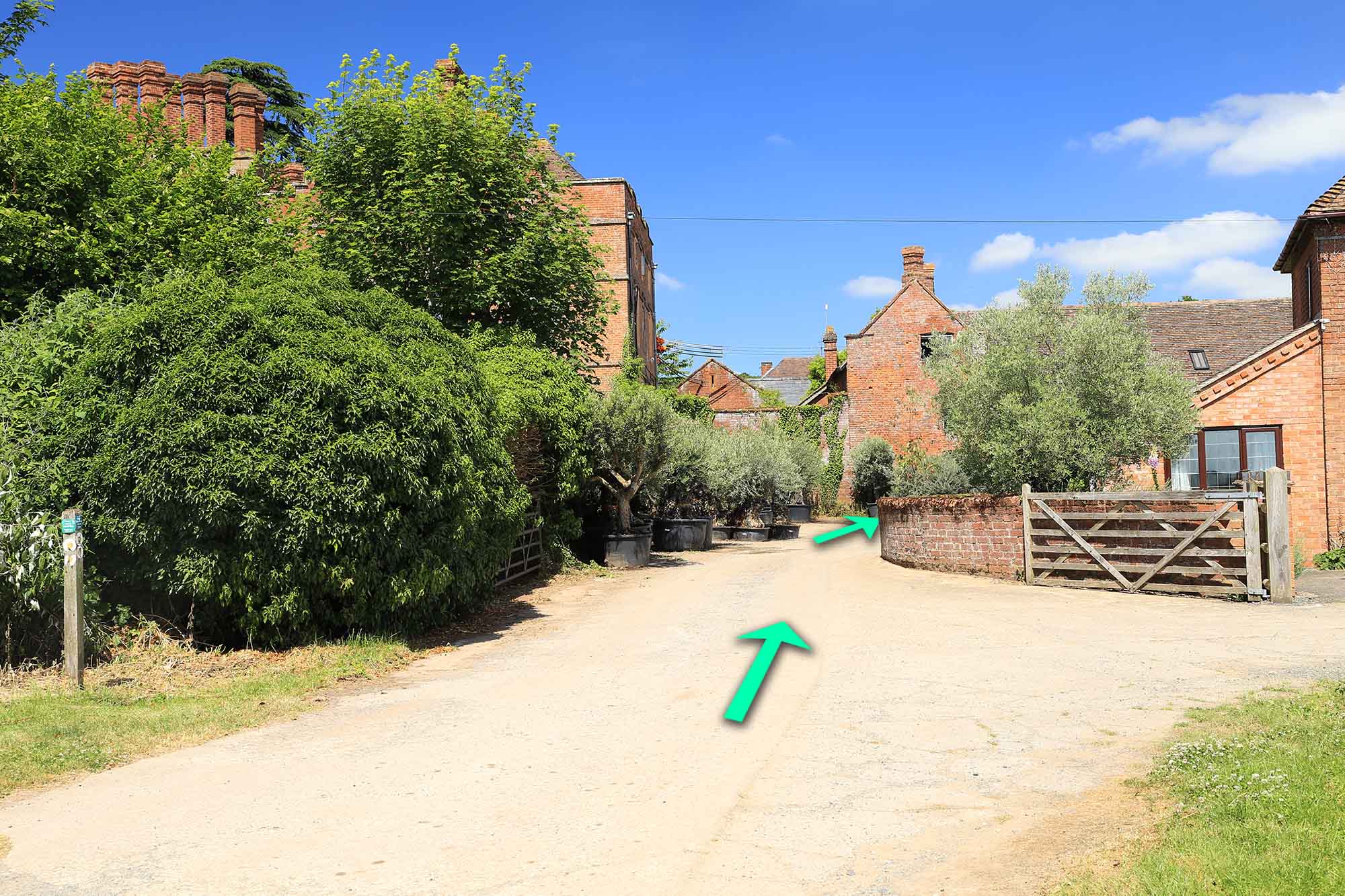 Take the path between the The Noak buildings and the potted olive trees, until you exit into open fields. 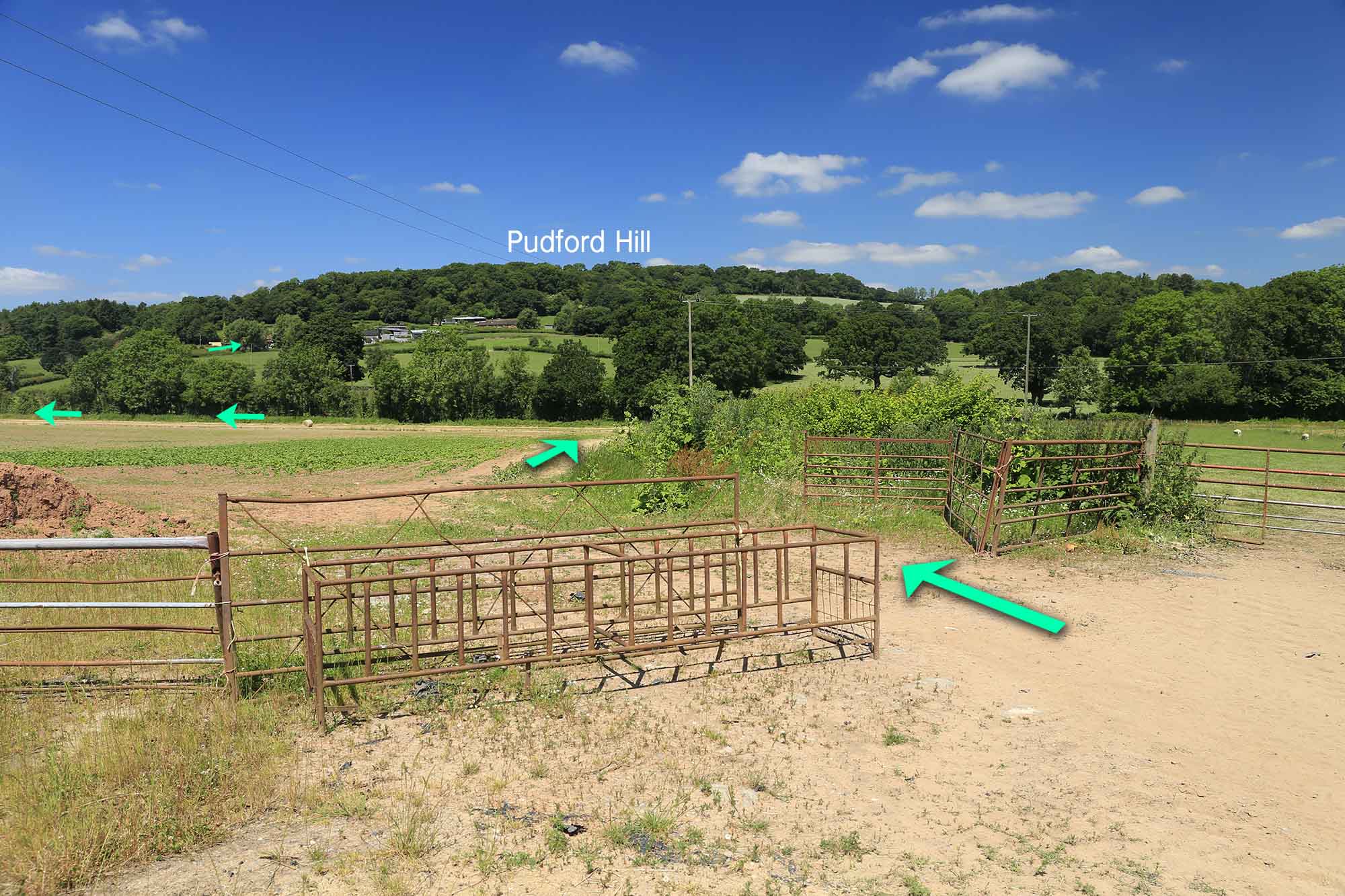 The public right of way actually crosses this field diagonally, but you will find it easier to follow around the edge of the field, joining another right of way that runs along the line of the trees – as shown by the blue arrows. 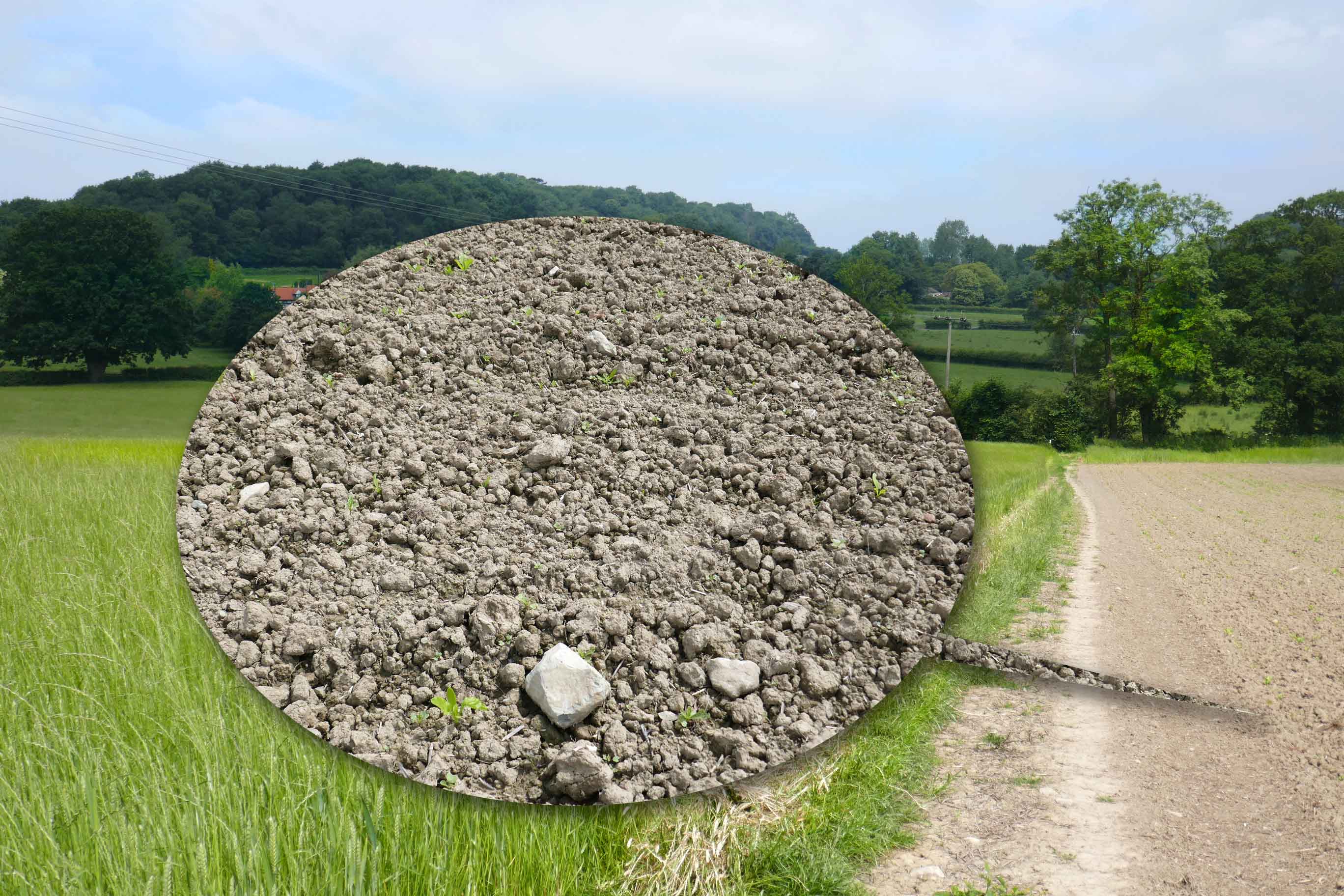 As you walk through the field the app will issue an ‘environment change’. What was that environment like in deep time? See if you can spot clues on the ground of the change in underlying rock. 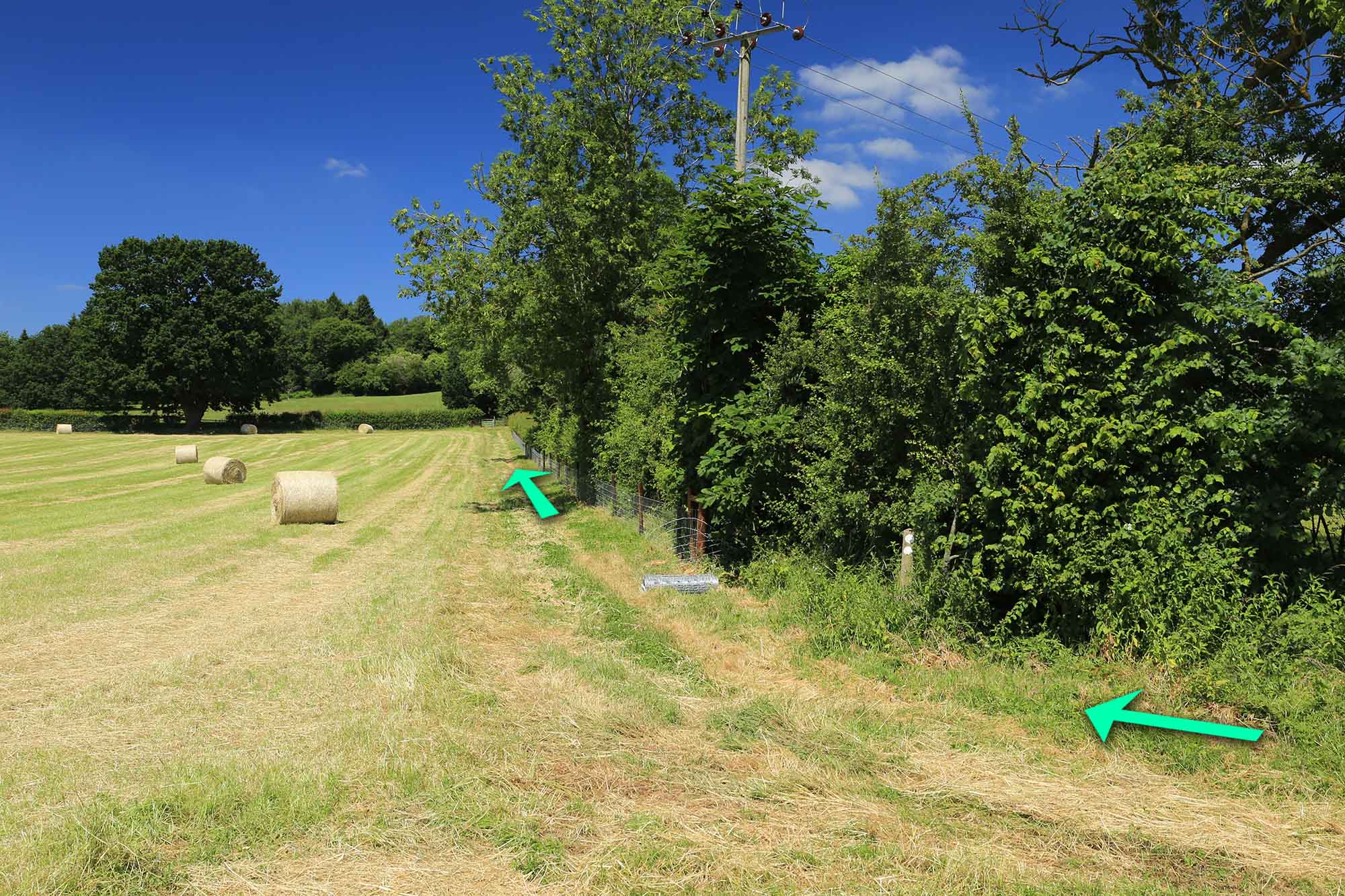 Route ahead – almost there!

Follow the path up hill, through a metal gate, into a small field, then through a wooden gate into a wooded area, turn to your left on the track and you come out into Pudford Lane at site 7.