11 The Canyon
Back to map 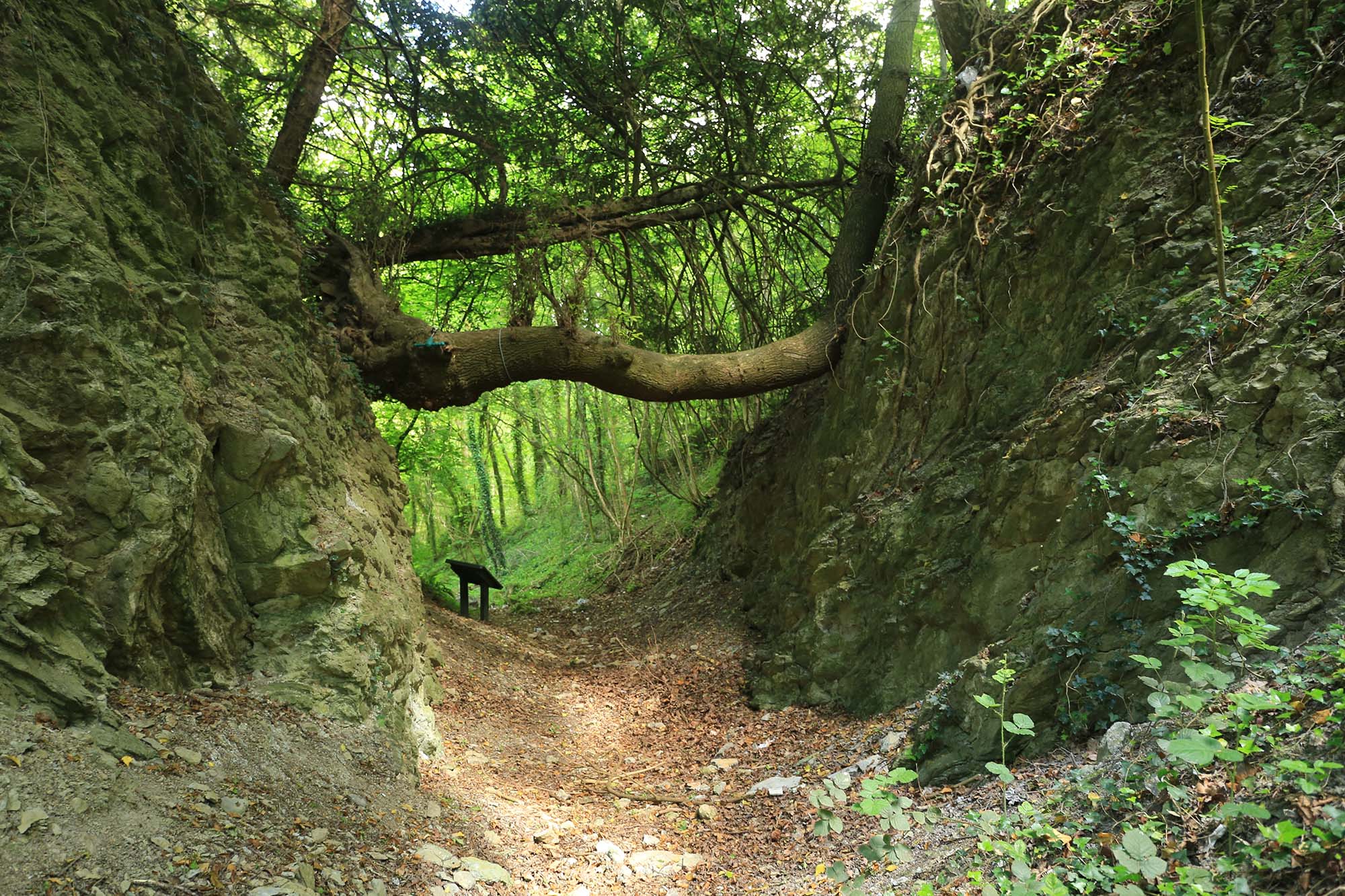 The rocks of the Canyon are from the Silurian time. They are limestones (Wenlock Limestone) formed in a shallow warm sea on the edge of a landmass. The shelf sea was on the edge of an ocean called Iapetus. The Iapetus Ocean was being slowly closed by plate collision at this time. That means this was an area of earthquakes and distant volcanic activity.

he Iapetus Ocean (check out the ancient Earth’s in the app) was a great ocean that existed before the Atlantic. Back in the Cambrian the Iapetus Ocean was around 4000km wide between what is now England, Wales and Ireland (on the Avalonia plate). Scotland and Northern Ireland were part of another plate (Laurasia), with the Iapetus Ocean in between. Gradually over hundreds of millions of years the Iapetus was closed by tectonic forces. By the time the limestones of the Canyon were forming the Iapetus had been reduced to a narrow strip of Ocean – it was being crushed out of existence! 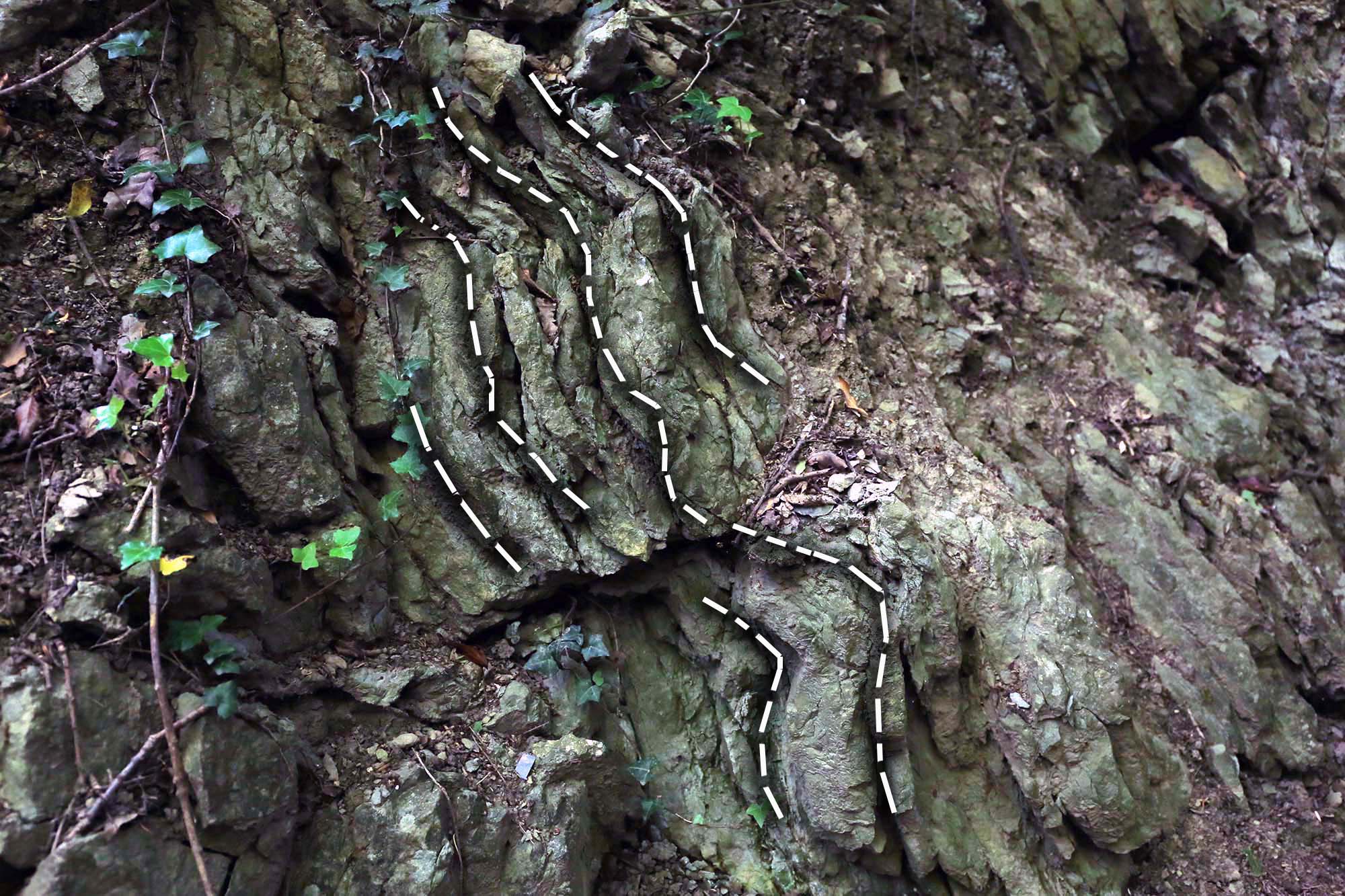 Long after the Iapetus closed and the creation of the limestone had stopped, these rocks were involved in the effects of another plate collision. This time it was between Africa and Europe, the so-called Variscan Orogeny (mountain building period), which folded up these rocks.

The upturned (geologists call it a steep dip) of the rocks along with the folds are all part of the same steep dipping beds that you have seen at the top of Rudge Hill and in the distant view of the quarry. This Variscan folding can be found from the Malverns through to the Abberley Hills. The Variscan Orogeny happened over many millions of years. In the today’s Earth this process is now raising the Himalayan Mountains as the Indian plate continues to be thrust into the Asian plate. When a big force is applied to rocks and kept applied for millions of years, rock beds will fold up as if made of a soft material. Its all about things happening over very very long periods of time compared to our short lives. 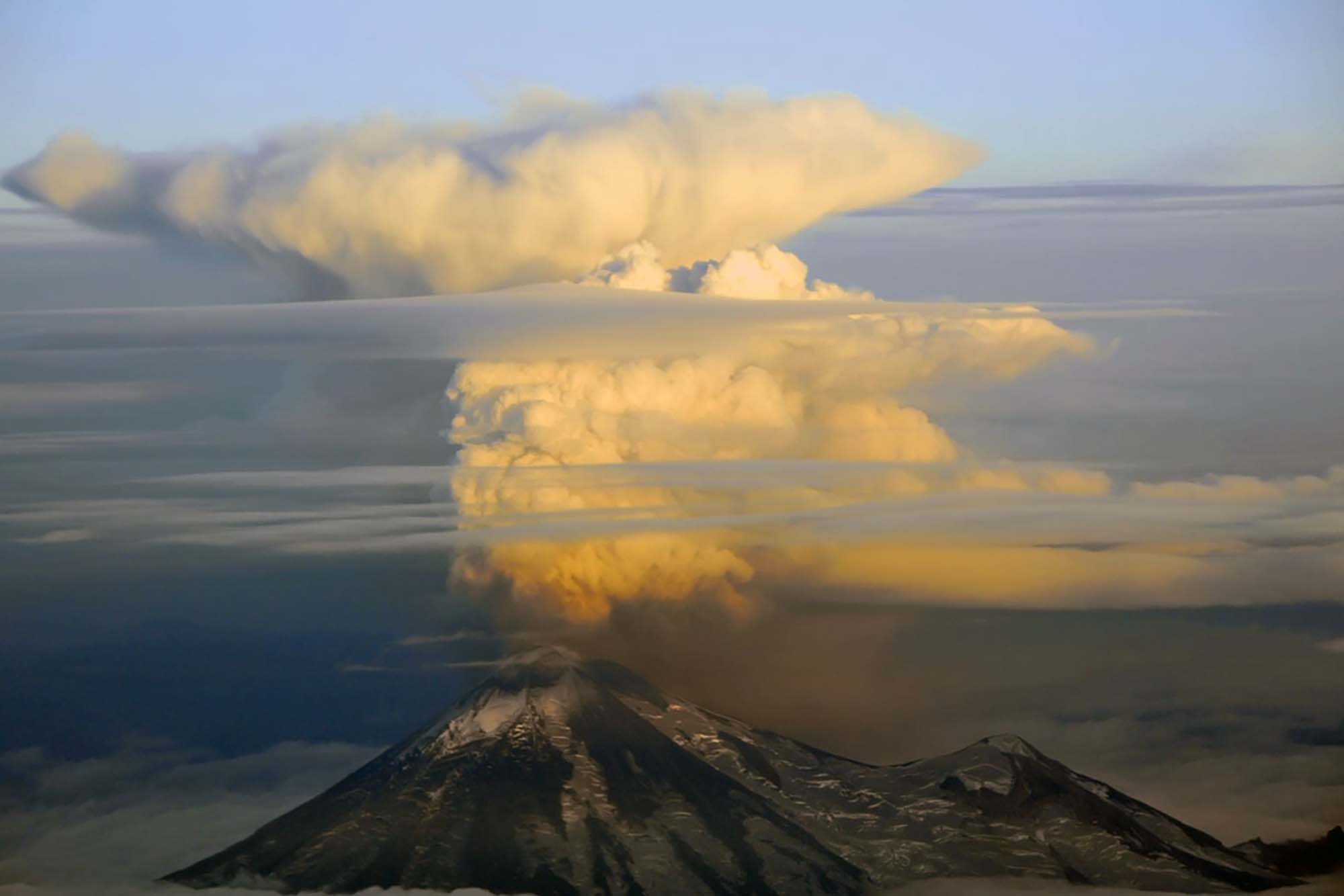 Volcanoes can eject millions of tonnes of fine ash, which can be carried great distances by winds. When the ash ends up in water it undergoes changes to produce a clay called Bentonite.

The ash from a volcanic eruption in Iceland in 2010 disrupted air travel all over Europe, some of that ash is now forming present day Bentonites. 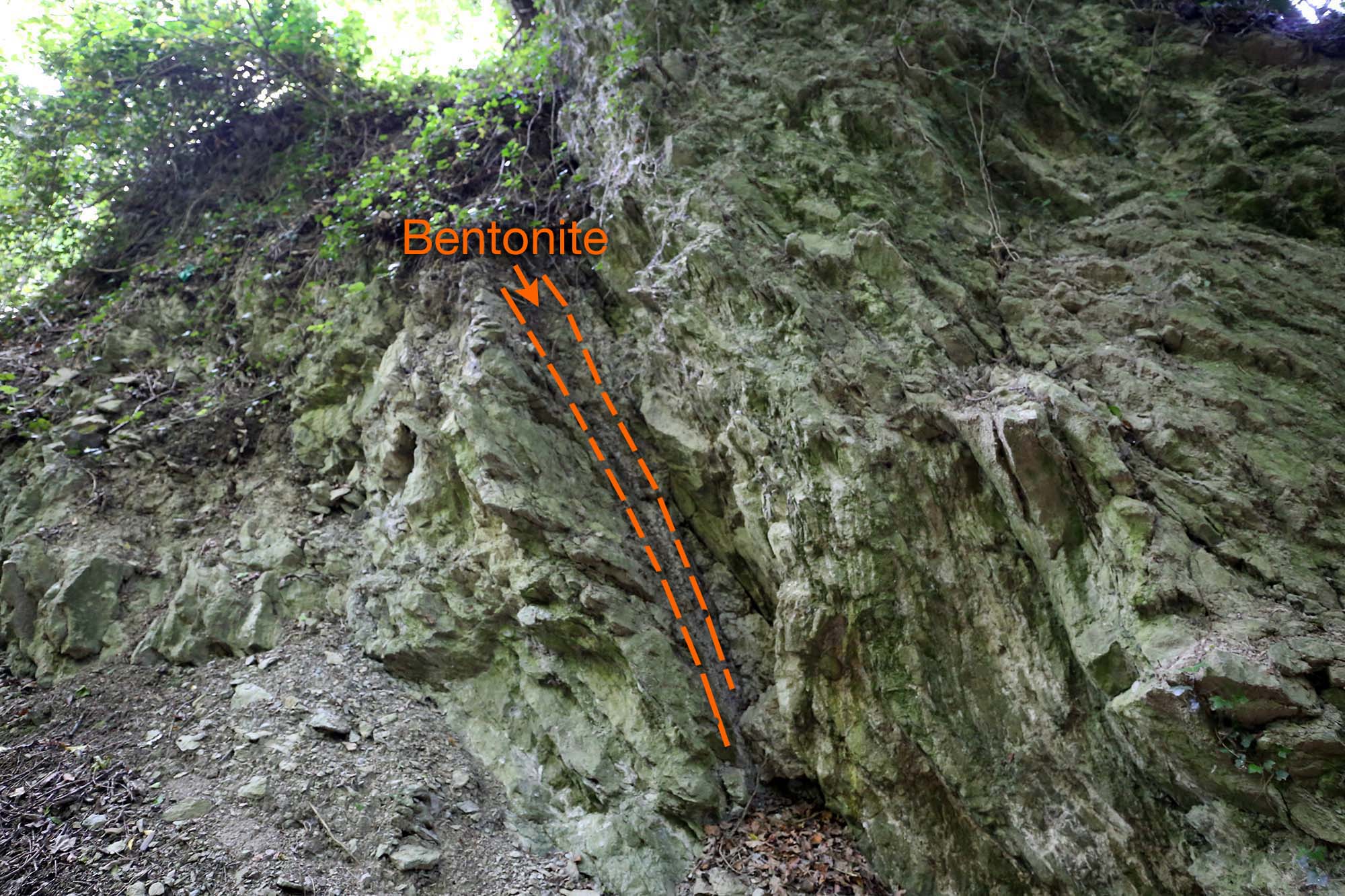 Bentonite in the Canyon

This is one of the main Bentonite beds in the Canyon. From its thickness it must have been produced by a very large eruption of ash.

We cannot be sure how near the volcanoes responsible for the Bentonite in the Canyon were. Most likely they were associated with the nearest volcanic island arc. These are places where ocean plate is being forced down into the Earth (a process called subduction). The volcanic islands that form above where subduction is occuring appear along a curved line (an arc), due to the curvature of the Earth’s surface. Where might have this been happening in the Silurian? 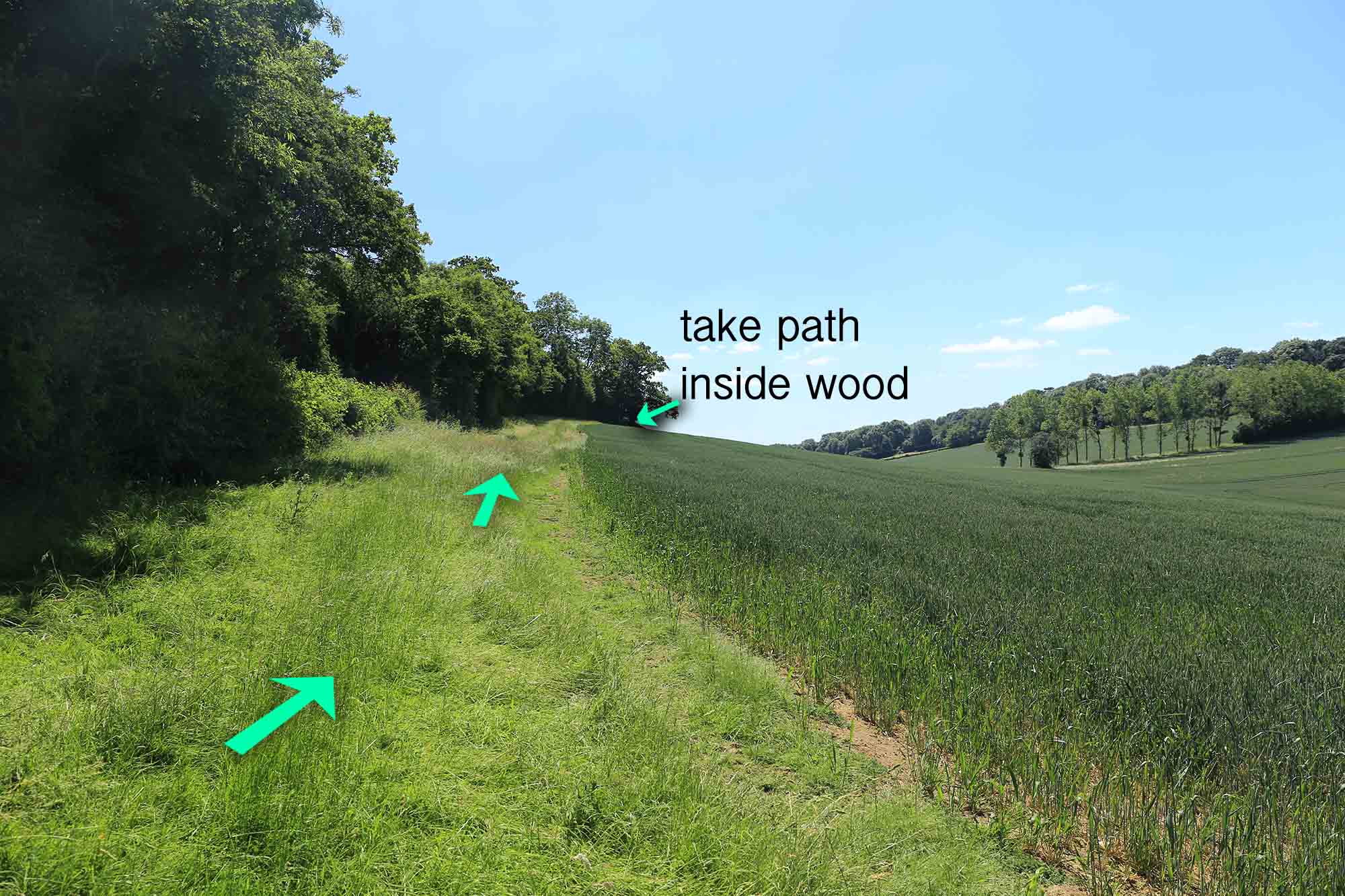 Retrace your steps out of the wood. Then as this picture shows continue walking along the edge of the wood. Eventually you reach a point (very easy to miss) where the path splits into two parallel paths, take the one that runs inside the wood. This eventually leads to a path termed a ‘permissive path’ which will take you onto a lane and the homeward route which includes the final task site.

A permissive path is not an official right of way and can be closed by the landowner. If you were to find the path closed, then use the alternate route marked on the map. The alternate route does unfortunately involve rougher ground and a greater distance.

Which event was responsible for the formation of the Bentonite in the Canyon?

What is a Bentonite?

What was responsible for the bending (folding) of the rocks in the Canyon and on Rodge Hill where you saw the rocks tipped on end?