Earth around 310 million years ago 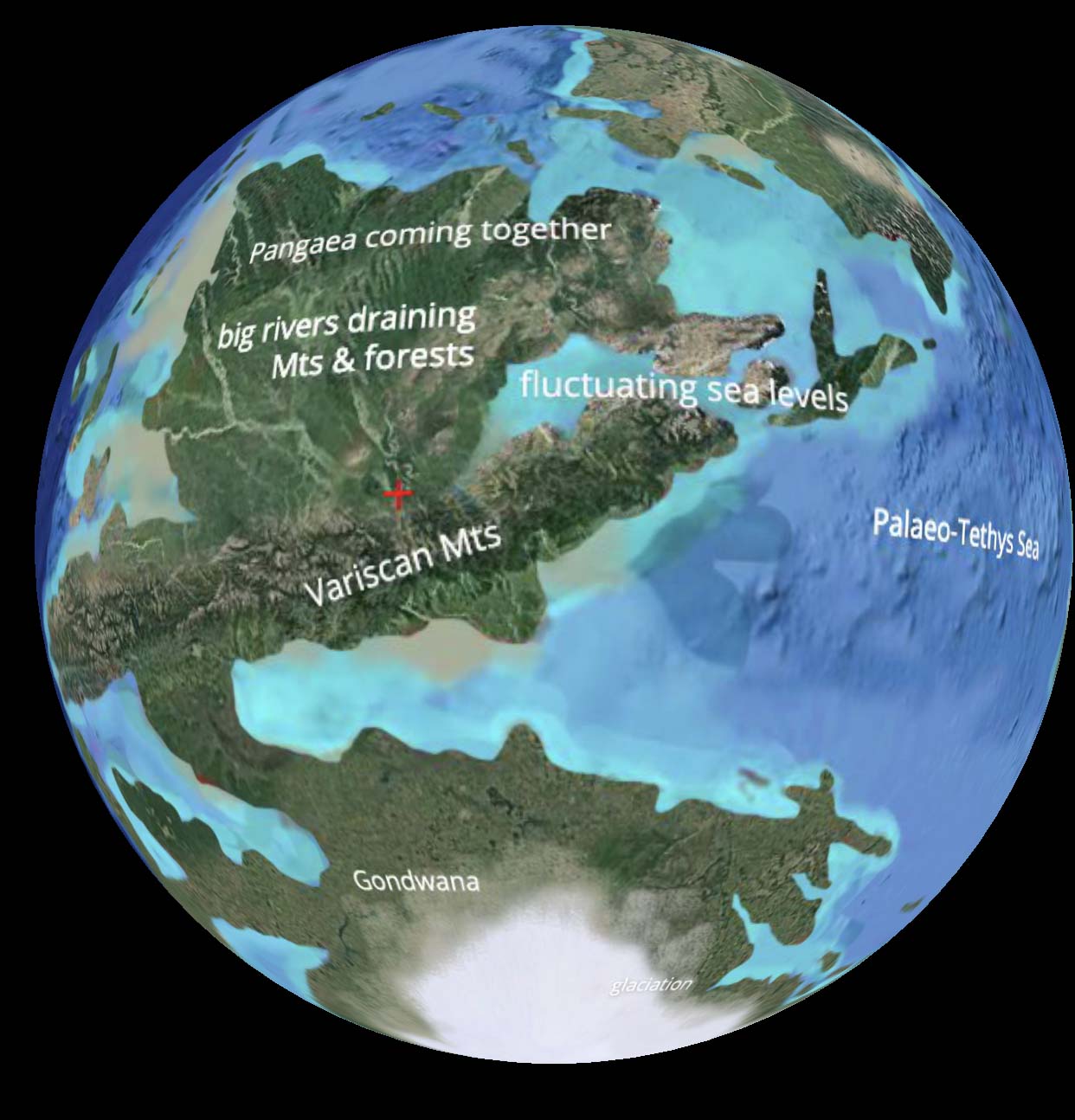 The location of Britain is marked by the red cross, a location on, or very close, to the equator. A great mountain belt lies to the south, the product of the Variscan Orogeny. To the north stretches equatorial rainforests drained by a vast network of rivers probably ranging in size from river-lets to Amazonian proportions. A large marine embayment, called the Palaeo-Tethys Sea lies to SE.

Assuming global atmospheric circulation was broadly similar to the present day, then moist Trade Winds from either the NE or SE, would lead to torrential rain on the Variscan Mts. feeding into the network of rivers flowing northward.

Although ‘our’ region of the planet was in the heat of the equatorial belt, there was a large ice sheet on Gondwana. The periodic growth and waning of this ice, probably led to variations in sea level all over the planet. 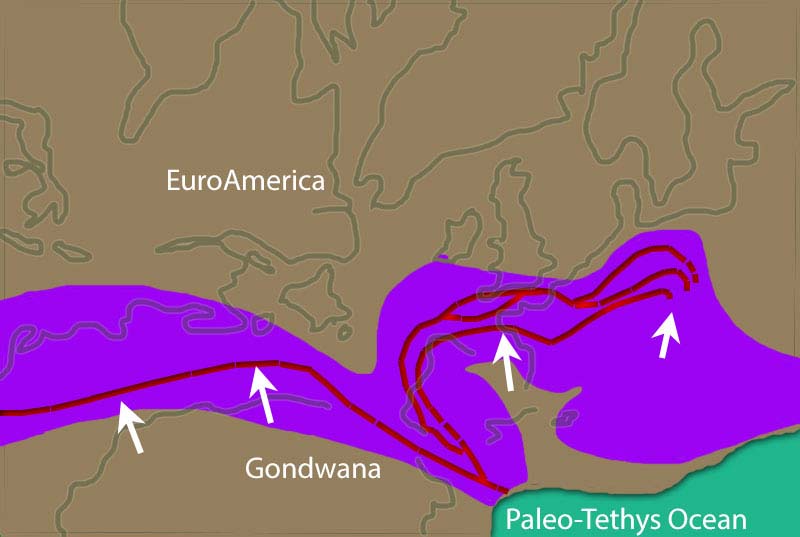 The driving force behind the Variscan orogeny was the northward movement of the Gondwana plate. The orogeny was not a single event but a series of phases stretching from around 380 to 280 million years ago. In Britain and Ireland the orogeny is represented by the strong folding of rocks in SW Ireland, Cornwall, Devon, Pembrokeshire, Gower , Vale of Glamorgan, Forest of Dean, Malvern and Mendip Hills.

The name Variscan is derived from the Medieval Latin name Variscia for a Germanic tribe – the main impact of the Variscan Orogeny occurred through central Europe. The orogeny is also known by the name Hercynian.