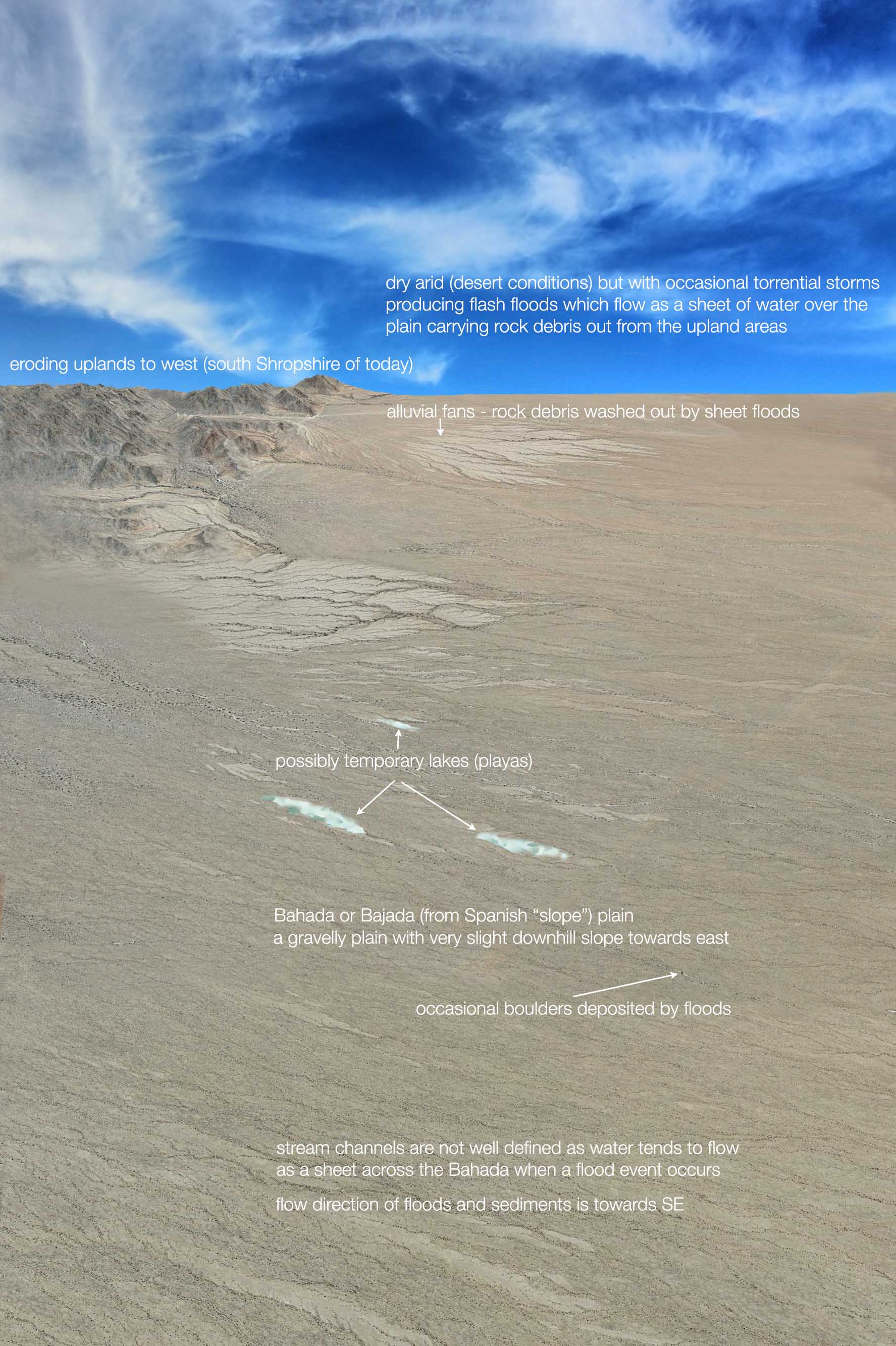 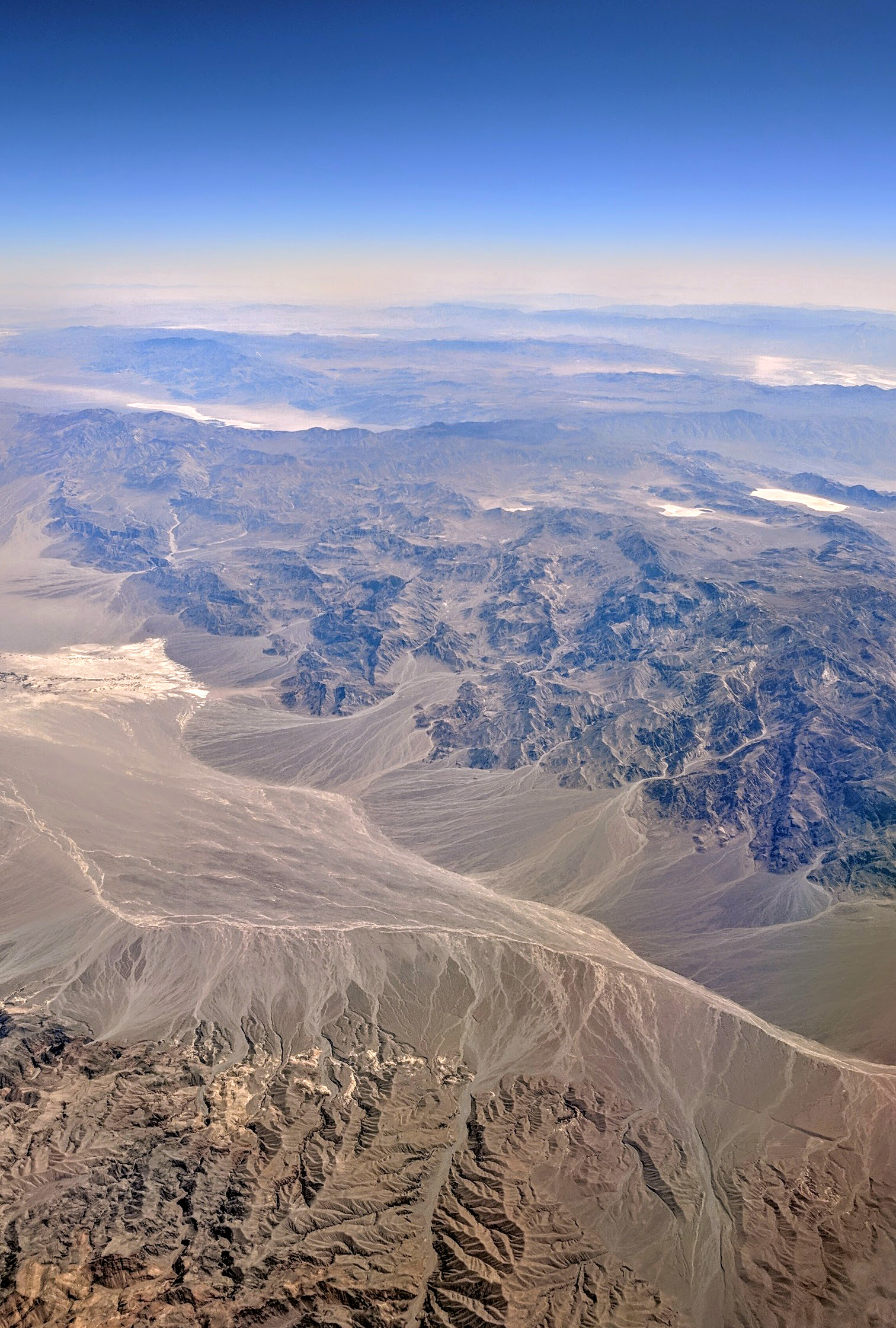 Above a palaeo-reconstruction (northward view) of how the Voyage area may have appeared during the time of the deposition of the Haffield Breccia.

The vast gravelly plain is called a bahada, or by the Spanish bajada. The feature consists of of coalescing  alluvial fans radiating out from higher terrain undergoing erosion. This can be clearly seen in the example opposite from the present day, of a two bahadas in Death Vallley – spreading out from mountain fronts on either side of the valley.

During the brief torrential rain storms that occur occasionally in deserts, the erosion debris is washed out over the surface of the bahada.

The image below is a southward looking palaeo-reconstruction of the area around 299 million years ago. 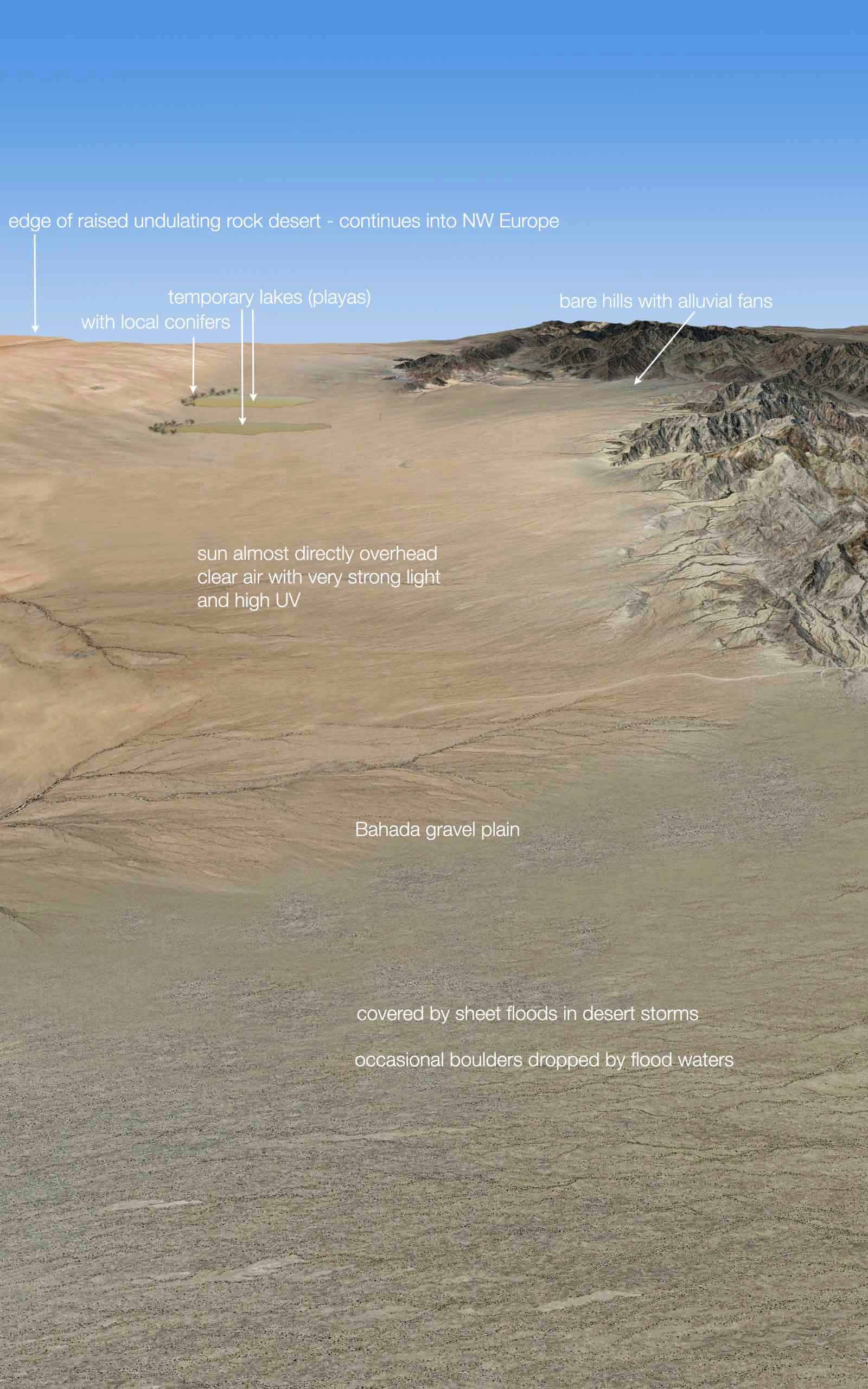