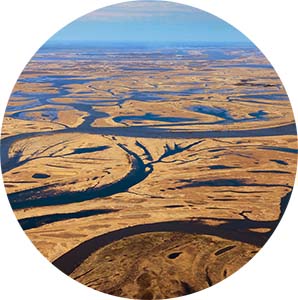 Will the apps work on my Android phone or tablet?

Yes. Voyager and GeoExplore will run on any Android based smartphone or tablet that has a minimum Android operating system version of 14. Version 14 released in 2011 with the name of Ice Cream Sandwich. Chances are that your device is using a newer version than that!

Will the apps work on my iPhone or iPad?

Yes. The apps will run on all variations of iPhone from iPhone4S onward and all versions of iPad, along with some iPods.

Important: Many iPads do not support full GPS, only A-GPS (Assisted-GPS) which is unlikely to give useful position information out in the countryside. An iPad which supports full GPS will have a SIM card socket on the side of its case.

What will happen if my iPad has no GPS?

The apps will still run, but you will not have your position shown on the map. Task Sites and Then environment information will not be updated as you walk.  You will not be able to answer Task questions without unlocking the Voyage. You can add an external GPS receiver to an iPad, expensive but on the upside these external receivers give very accurate fast positioning.

Do I need a phone signal to use the apps?

No.  You only need to have your phone connected to a mobile phone network or a WiFi network, to download the app from either the Apple App Store or for Android users Google Play.  Once you have the app installed on your phone/tablet then download the Voyage or exercises of your choice. From then on you can forget about phone or WiFi signals!

Can I download a Voyage or exercise on site?

Yes if a good 3G/4G signal is available and you have adequate data allowance from your network provider. We have tested download at Cat’s Back, Little Doward and Lickey Hills. In each case the respective downloads took around 30 seconds. Installing the app itself from the stores took about the same time. In the Martley area performance was not so good. In general the advice is to download everything before you set out, using your home WiFi. This will be the only way for tablets which do not normally connect to any mobile phone network.

How much will a Voyage drain my battery?

Quite a lot. Set out with a fully charged battery, or it will not be long before your hear warnings ‘Fuel Critical’ then ‘Close to Death’. For a long Voyage it would be sensible to take a portable booster battery.

Do I have to complete a Voyage all in one go?

No. You can Save & Pause a Voyage at any time via the button in the Health-Score dialogue box. Touch the Health Bars to open this box. All the information about your Voyage will be saved and GPS for the app will be switched off to save battery (fuel).

You can then resume the Voyage at any time later – even months later.
Just don’t delete the app.

To avoid a score penalty resume a saved Voyage within 100 metres of where you saved it.

What happens when I delete a Voyage?

It completely removes it from your phone/tablet to free up data storage space. You can always reinstall a Voyage again.

The Wilderness Voyage cannot be deleted. It is built into the app to provide a demo that you can experiment with so you know how to  ‘drive’ the Voyages you download. The Wilderness Voyage does relate to a real place (eastern side of Forest of Dean in Gloucestershire) and can be used in the field. You may then wish to lock it (touch the purple padlock at the bottom of Help).

What do I need to do to obtain a high score?

Answer all Task questions with good answers. The score on answers ranges from -3 for a very bad answer to +3 for the best answer on offer.

Respond to all Threats with a good response – your score is not altered by how fast you answer Tasks or Threats – just respond and with the best answers.

Complete the Voyage with the as much Oxygen and Water supplies still available as possible.

Complete the Voyage in one attempt and avoid refilling supplies or resetting the Voyage competely.

Do a Voyage in its locked state (purple padlock at the bottom of Help is shown as locked).

Why does a red box block me from answering questions?

This is because you are attempting to answer Task questions when not physically within the area of that Task Site. On some Voyages certain Task Sites are set so you may answer the questions for that site without actually being there. This is usually done because the site is difficult to access or not open to the public.

You will also experience the ‘red box’ if your device does not support GPS (see above) or you have no allowed the app to access GPS (Location Services) when you first installed it.  For Android you can enable this by opening Settings, selecting Apps, finding Voyager, opening up its info, then selectiong Permissions, where you will find a Location switch. On Apple devices, open Settings select Privacy then Location Services, finally select Voyager and set Allow Location Services to be ‘While Using the App’.

Why is my position on the map way out?

This will be due to some location error on your device. Try sweeping it about in a figure of eight motion. You may need to switch off your device and open it again.

Sometimes if you start your device ‘up from cold’ when arriving at the start of a Voyage, it may take several minutes for the GPS receiver to lock onto enough satellites to give an accurate position. A process delayed at some localities by sataellite view being shielded by high hills or thick overhead tree cover.

How do I unlock a Voyage?

Swipe  to the bottom of Help where you find a purple padlock, touch it and a dialogue box for the entry of a 4 digit code opens. The challenge here is for you to work out what those 4 digits are! Your only clue is that the code changes by the day.

If you do all the Tasks for a Voyage in an unlocked state you will get a reduced final score and also your supplies will run out faster. On some Voyages certain Task Sites have been unlocked intentionally by the authors of the Voyage. No score penalty for doing them unlocked is incurred in these cases.

Why does the content of the Then screen suddenly change sometimes?

This will occur as you walk onto a different rock type and the app will usually say ‘Environment Change’.  You can select any rock yourself by selecting it’s area of occurence on the map.  The contents of Then will update to reflect the time and environment in which that rock formed. After a 30 second delay the app will switch the Then contents back to those of the rock you are actually standing over.

One consequence of this 30 second lock out of GPS triggered environment (rock type) change, is that you may miss when the rock beneath you actually changes if you have switched rock information by touching the map within the last 30 seconds.

How do I change the rock (Then) informtion by touching the map?

Touch your finger for about half a second (long touch) on the map. As you move your finger off the black box on the map should display the name of that rock. The contents of Then will have changed to provide you with the palaeo environment, etc. for that rock. If you touch the Clock, you will find the timescale that opens will also have updated to match the age of the rock in question.

Note that when a Voyage first opens there will be a short period when you cannot select a rock by touching the map. This is intentional to allow all the data for the Voyage to be fully loaded and configured and GPS to settle – so please be patient for a few moments.

What happens when you select to  ‘jump Voyage’ ?

This takes you back to the list of Voyages, where you can either select to continue with your current Voyage, or open/continue/download another Voyage. When you jump Voyages the state of your current Voyage is always saved. Potentially you can be jumping back and forth between many Voyages, without changing your score, supply levels, etc. for each specific Voyage you have open.


How do I get back the sequence of ancient Earth’s present when the app first opens?

In Help select ‘jump Voyage’ which takes you (without any loss of Voyage state – see FAQ above), to the screen where all the Voyages are listed. Touching ‘load a Voyage’ will remove the list revealing the changing globes. Pressing ‘load a Voyage’ again will restore the list.

Registered Charity No. 1144354.
Company Limited by
Guarantee No. 7586089.
Registered in England and Wales
eht@worc.ac.uk