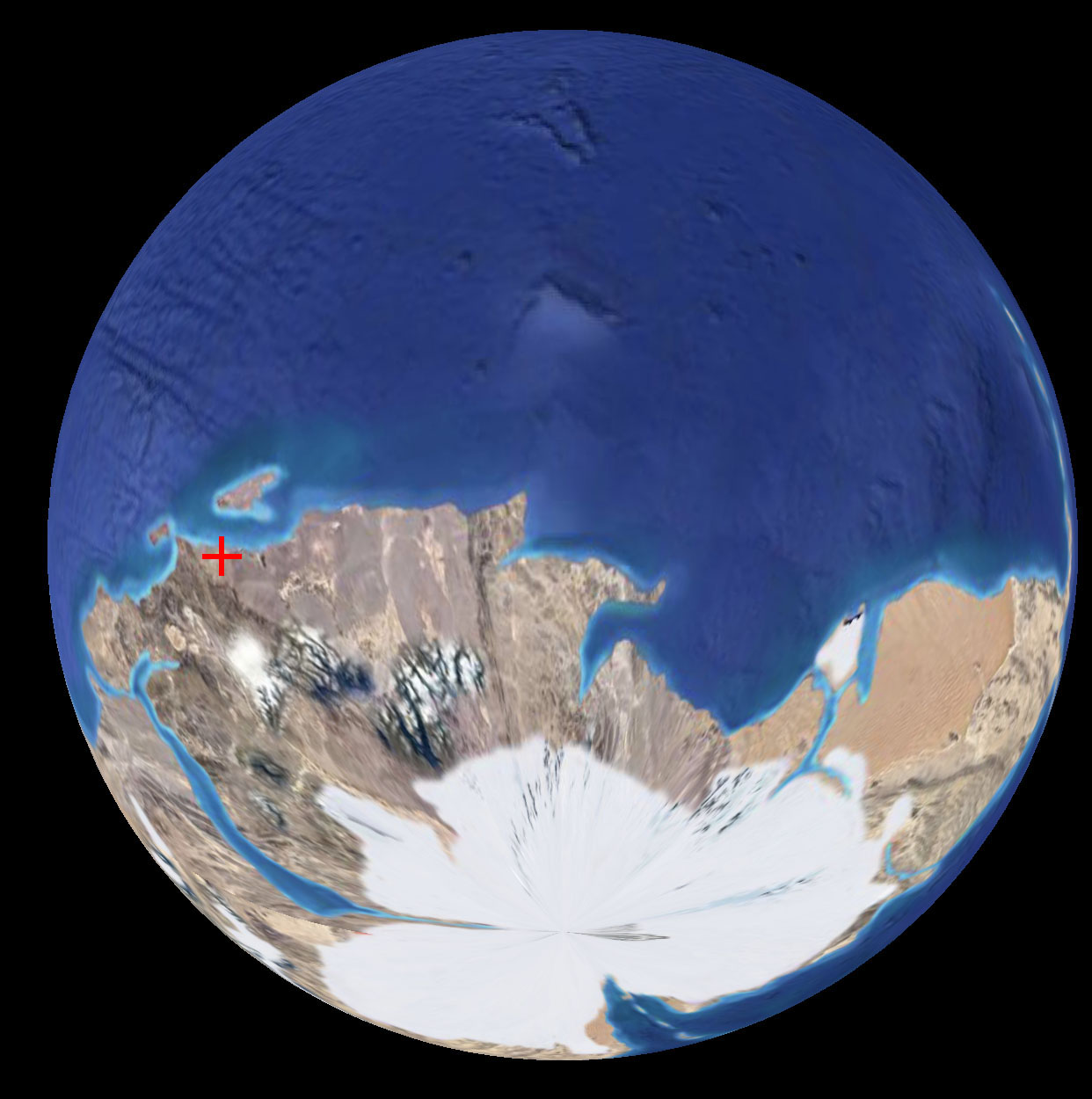 The location of southern Britain is marked by the red cross. The latitude is around 60 degrees south of the Equator, along the northern edge of the huge Gondwana continental plate. This view of the Earth is tilted towards the South Pole, to emphasis the concentration of the continental crust in southern latitudes at this time, when the break-up of the earlier supercontinent Rodinia is proceeding. Along the edge of Gondwana subduction of oceanic plate gives rise to island arcs, which in time are sutured to Gondwana. The future crust of southern Britain and Ireland was probably born out of this process.

When you look this far into deep time details of the arrangement of land and ocean becomes very difficult to determine. Consequently you must treat a diagram, like that above, as little more than a very generalised ‘cartoon’ guide of how the Earth may have appeared around time in question.

The location of 60 degrees south of the equator is derived from measurements of the palaeomagnetism of rocks. Latitudes may be determined by this process but not longitudes.