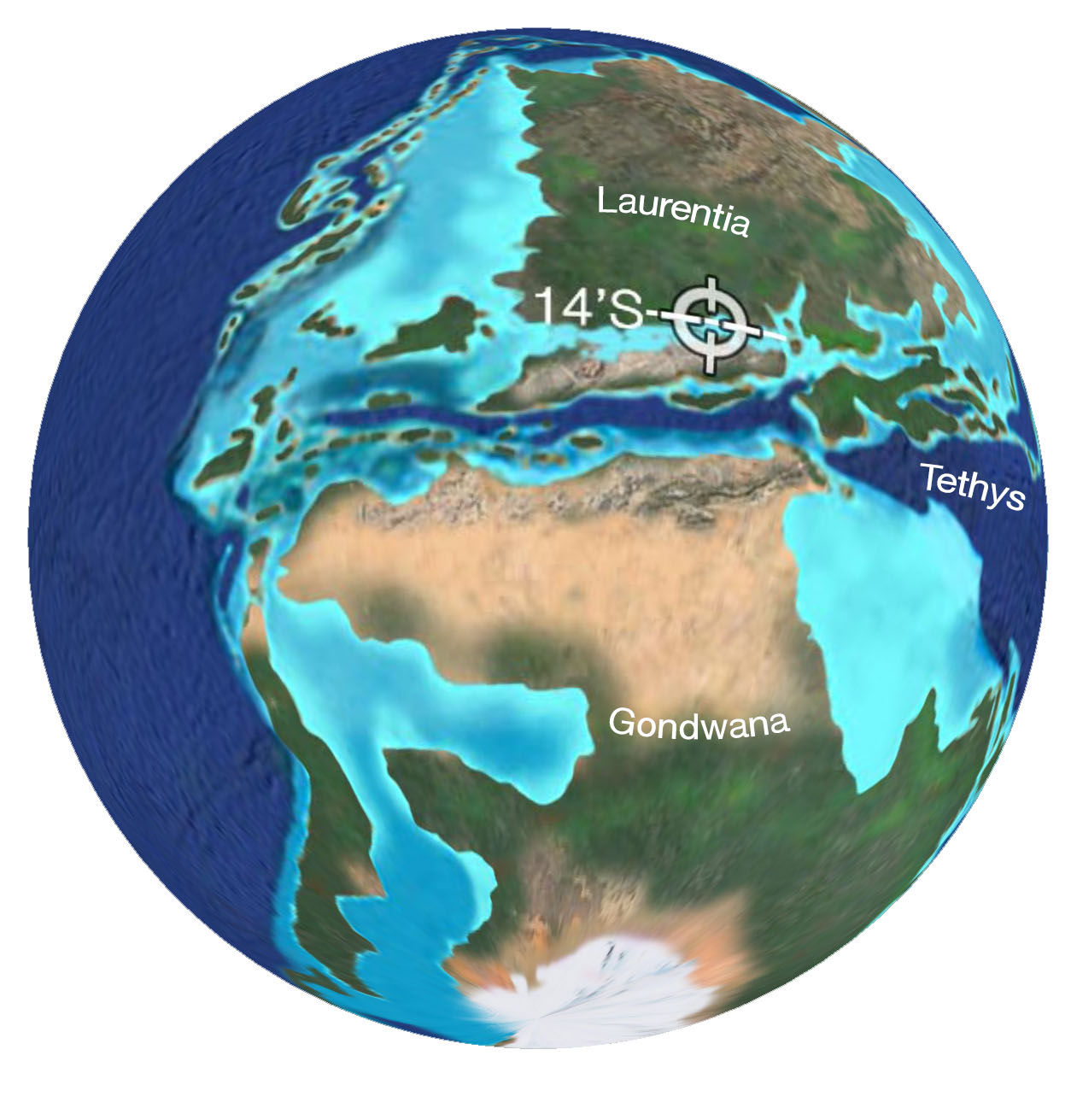 The location of Britain is marked by the white cross. The latitude is around 14 to 15 degrees south of the equator, on the southern flank of the Laurentian plate, which is formed on what today we know as America, Canada, Greenland and northern Europe. To the south lies the extensive supercontinent of Gondwana, which includes what we know today as South America, Africa, Arabia, India, Australia and Antarctica. A large part of Gondwana sits over the southern pole and is undergoing extensive glaciation.

The Tethys Ocean is a major feature. The narrow ocean between Laurentia and Gondwana is the Rheic Ocean which is gradually closing as Gondwana advances northward. A series of small plates lay to the south of Laurentia, these include Iberia, which will eventually be sutured to the southern edge of Laurentia. By the close of the Carboniferous the Rheic Ocean is gone and Laurentia and Gondwana have formed the supercontintent Panagea. The mountain building event known as the Variscan Orogeny is a manifestation of this plate fusion. 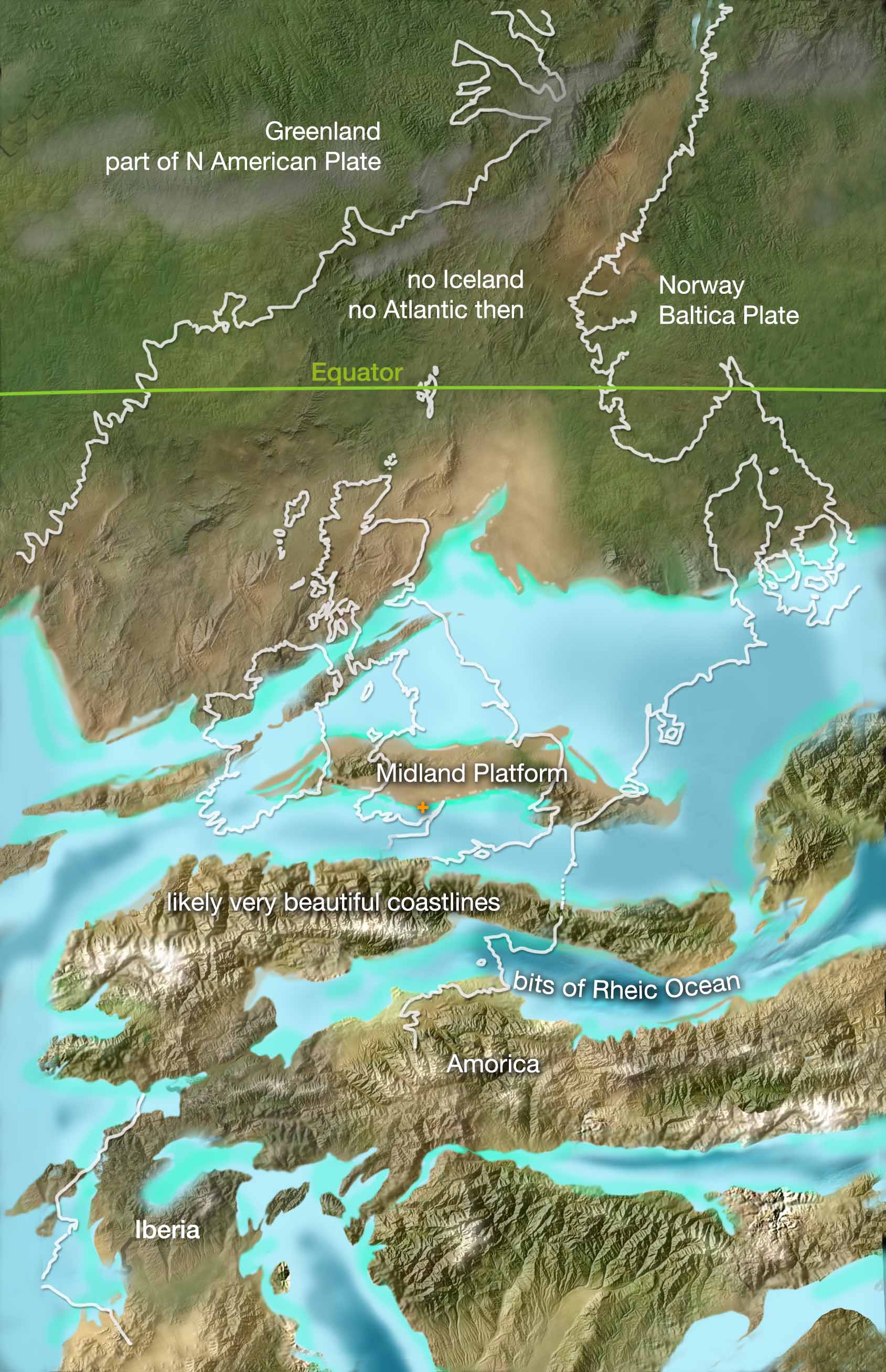 Above a closer view of the possible palaeo-geography (ancient geography) of western Europe around 350 million years ago. The Voyage location (orange cross) resides in the setting of a shallow sea (shelf sea) just south of the coastline of a landmass called the Midland Platform. Shallow seas are essentially the setting under which many of the rocks crossed by this Voyage were formed between around 340 and 359 million years ago. Over such an expanse of time sea level would fluctuate and coastline positions would change. The diagram above represents an ‘averaged’ view over this time period.