Earth around 400 million years ago – Devonian 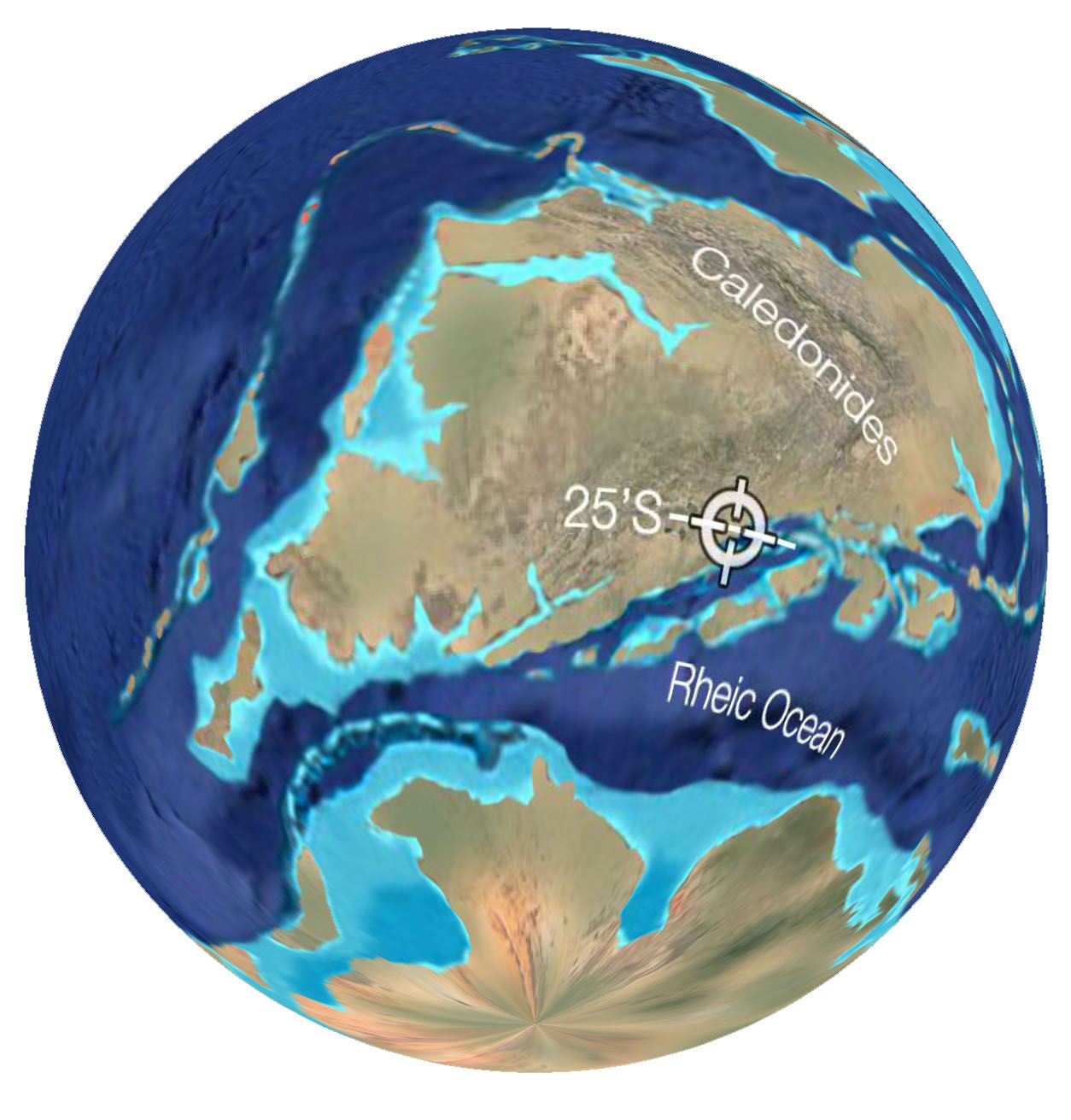 The location of Britain is marked by the white cross. The latitude is around 25 degrees south of the equator, within the southern region of the Laurentian plate. To the south lies the Rheic Ocean and beyond that the supercontinent of Gondwana. 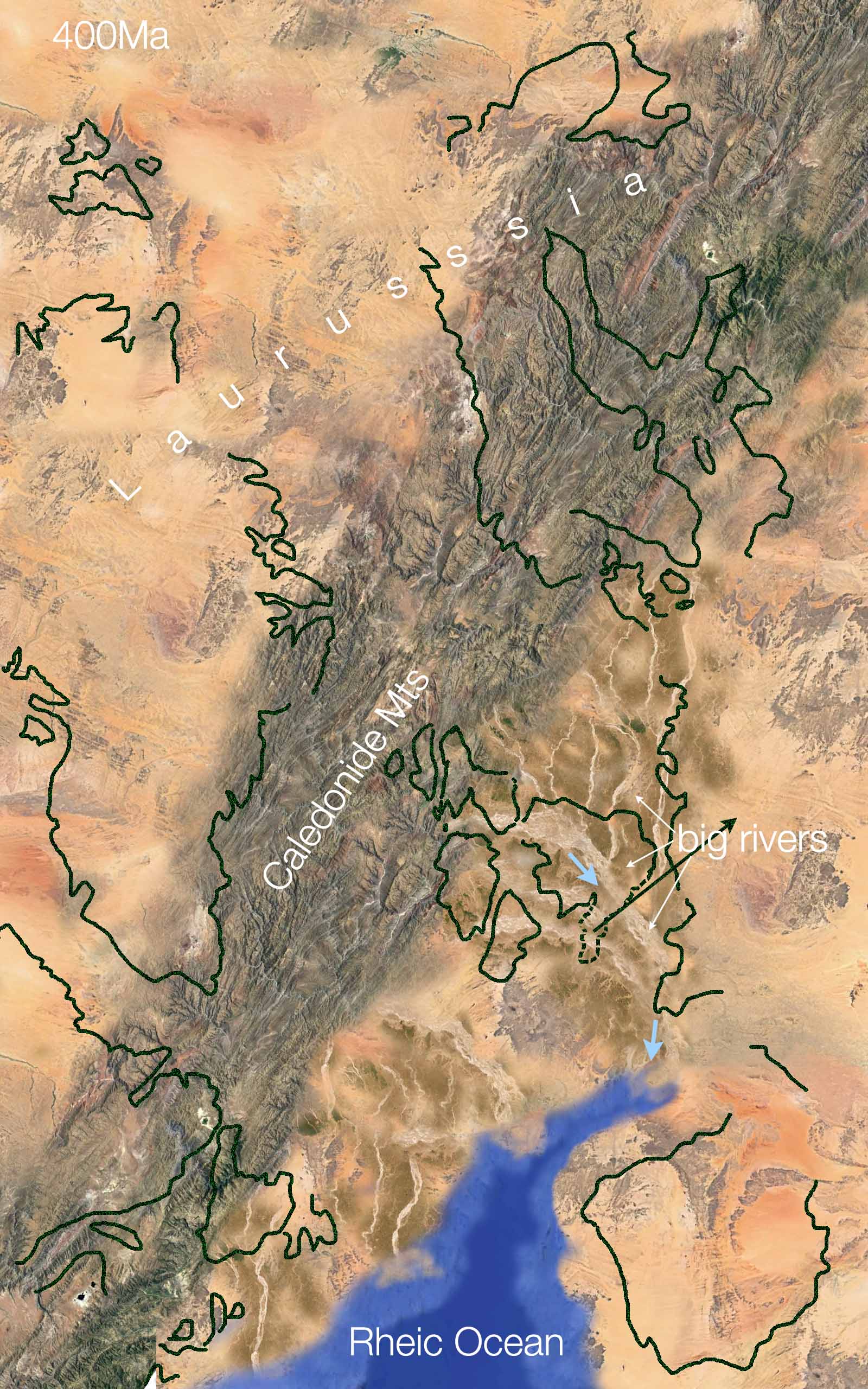 Above a closer view of the possible palaeo-geography (ancient geography) of Western Europe and parts of North America around 400 million years ago. Note, there is no Atlantic Ocean at this time. The Voyage location roughly corresponds to the tip of the upper light blue arrow. The environment is one of extensive rivers crossing vast flood plains. These rivers drain southward into the Rheic Ocean. To the north and west lies a belt of mountains formed by the closure of the Iapetus Ocean and plate collisions of the Silurian.

Note, how Britain is skewed to the NW, that was its orientation at this time.

This diagram provides the general setting for the rocks of the Devonian time in the Black Mountains, Brecon Beacons and Forest of Dean.