Steps to create the 3D palaeoglobes built into the Voyager app

The maps aim to give a satellite view of the Earth at various geologic times. To generate these realistic views, the outlines of the continental and ocean masses* are textured with imagery extracted from present day Earth views. You should appreciate that the exact appearance of coastlines, mountain ranges, deserts, shelf seas, etc. is highly speculative, especially as you go further back in time. The maps indicate areas that geological evidence indicate would have been say, mountain ranges, as against a plain, an area of shallow shelf sea as against abyssal ocean, an area of rain forest as against a desert, etc.

In order for the maps to correctly project onto the surface of a virtual wire-frame sphere, they need to have a rectangular projection, which sees the polar regions stretched to the extreme. The map image must also posses a 2:1 ratio with the width and length as value that is a power of 2. The maps used in Voyager are 2048 pixels wide and 1024 pixels wide. Below, the Earth at 400Ma map in rectangular power of 2 format.

* The source of information for the placement of land and ocean was based on the extensive work in the field of palaeogeography by Christopher Scotese – Palaemap Project and Ron Blakey Deeptimemaps (formerly Colorado Plateau Geosystems). 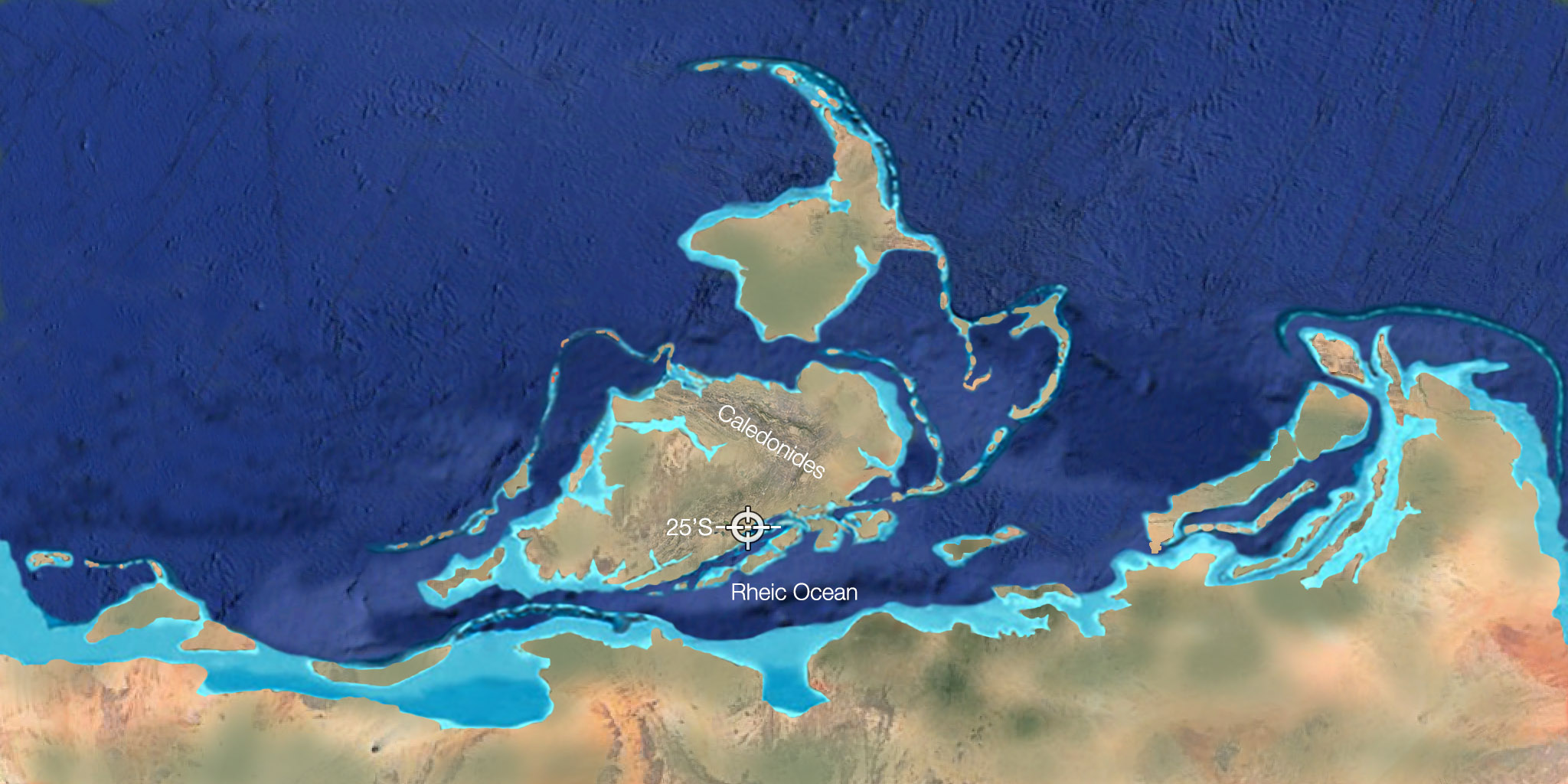 When you select a 3D Earth view in Voyager, either in a ‘then’ section, or from the timeline, the Voyager software (specifically the modules of the 3D engine) selects the closest matching map and virtually wraps it onto the surface of a spherical mesh. The map image (bitmap) becomes a texture on the wire-fame sphere.

Voyager’s 3D engine lights the virtual Earth with a virtual light and calculates the view based on the lens position of a virtual camera. You move the camera by using swipe and zoom/pinch gestures on the screen. The 3D engine re-renders the view from the camera several times a second. 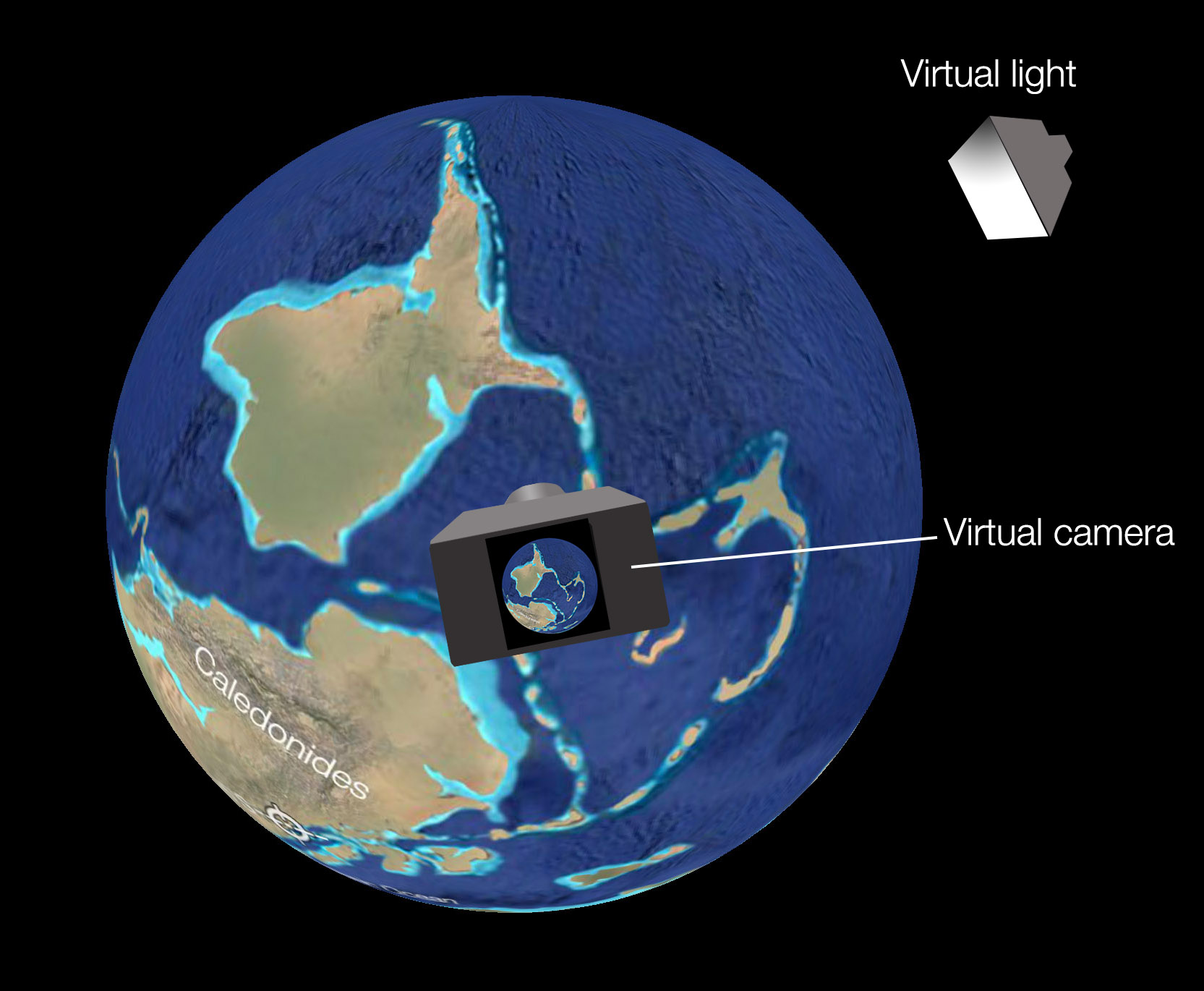