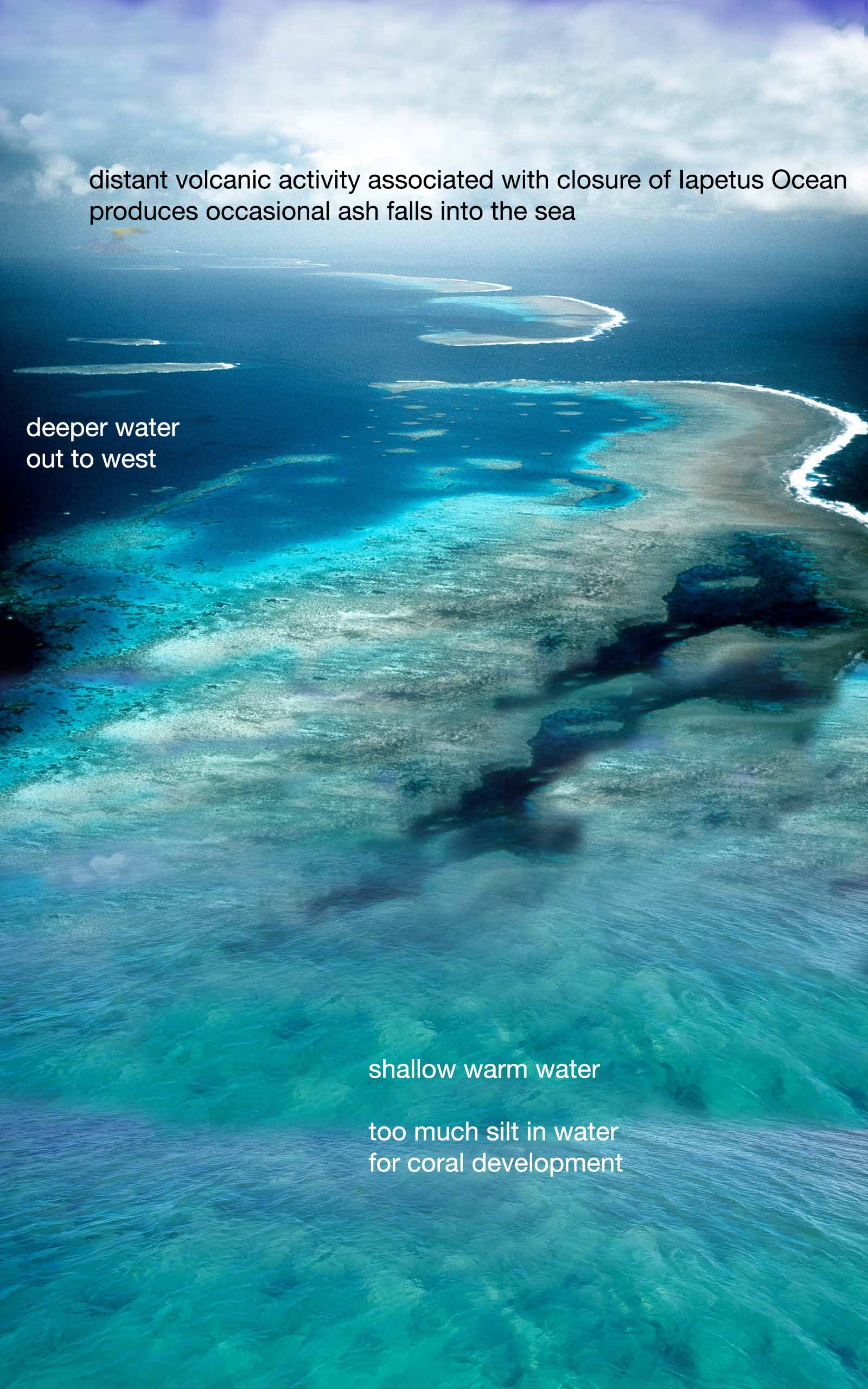 Shallow, warm continental shelf sea, but with water too deep and silty to encourage coral development. The sea level fell some what from the time of the Coalbrookdale Formation deposition to the following Lower Quarried Limestone, which would only have formed in shallower and clearer water. The Coalbrookdale Formation are the oldest rocks of the Wren’s Nest at around 432 million years old.

Ash falls from distant volcanoes are recorded as bentonite beds in the Coalbrookdale. Volcanic activity is to be expected as tectonic plate subduction and collision was occurring not too far distant to the west and also to another developing plate subduction zone to the south.