The Bredon Hill Voyage explores Jurassic rocks and associated landforms; it is a landscape on the move. The route gradually ascends to the northern escarpment, dominated by Parson’s Folly, and an Iron Age hillfort.

There are extensive views. From east to west: the Vale of Evesham; the Lickey Hills, and Birmingham; and the north-south aligned chain of the Malvern Hills.

The rocks that form Bredon Hill were laid down in alternating deep and shallow tropical seas that teemed with life, similar to those in the Caribbean today.

Erosion, during and after the Ice Age, separated the hill from the main Jurassic escarpment of the Cotswolds, and contributed to the many landforms you see on the Voyage.

The map shows the Voyage route as a red line with the dark blue numbered boxes indicating ‘task sites’. These are places where one or more images and text (plus other media in some cases)  are available to explain the landscape, rocks and other interesting features. There will also be task questions associated with these sites. You can view the content for the task sites by clicking on their location on the map. or using the links below the map. Download a copy of the map. 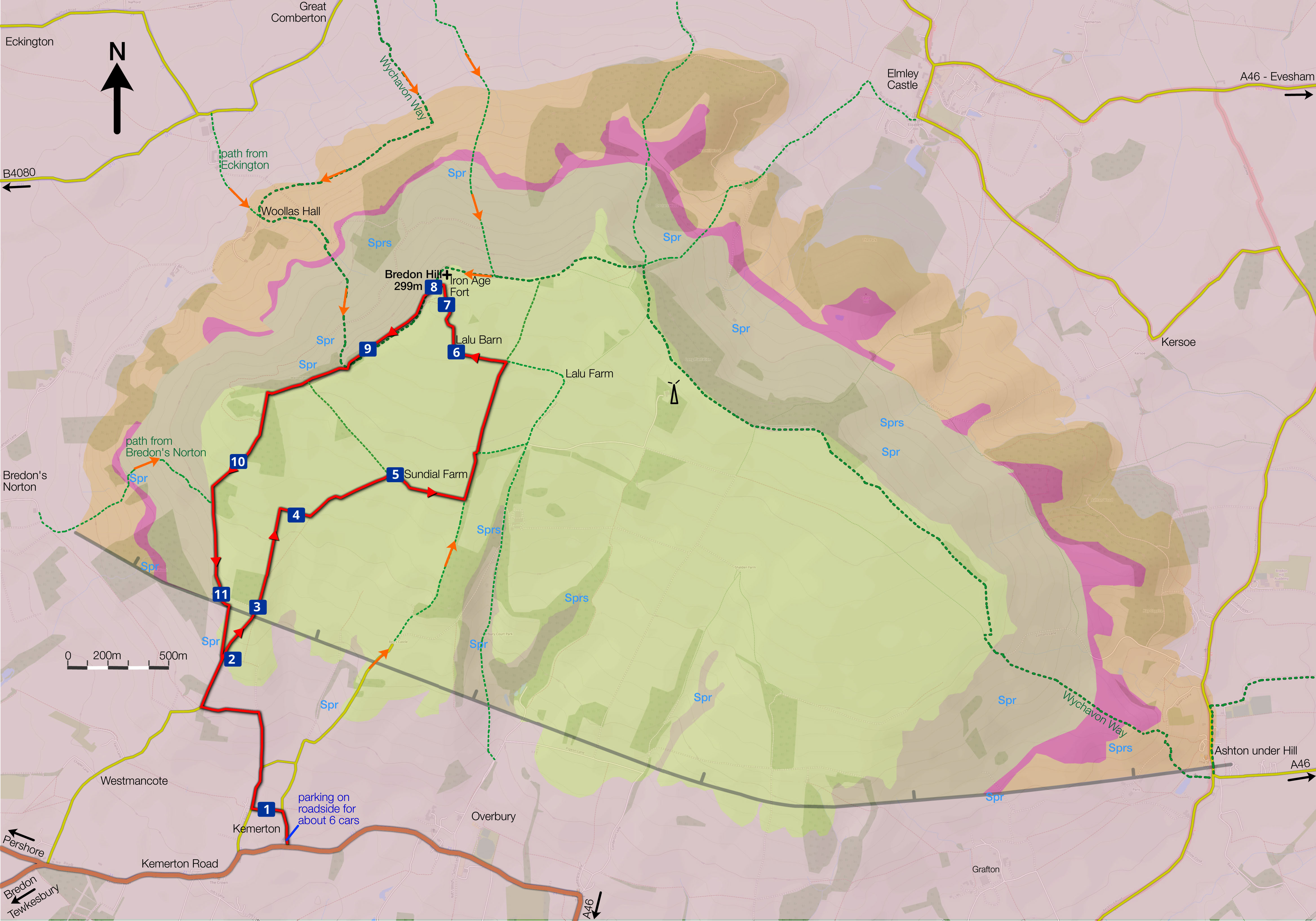 Links to task sites for the Bredon Hill Voyage

The following links are to environmental reconstructions, life forms, atmospheric composition, day length, top predators, climate and other facts relating to the  times when the various rock units of Bredon Hill were forming.