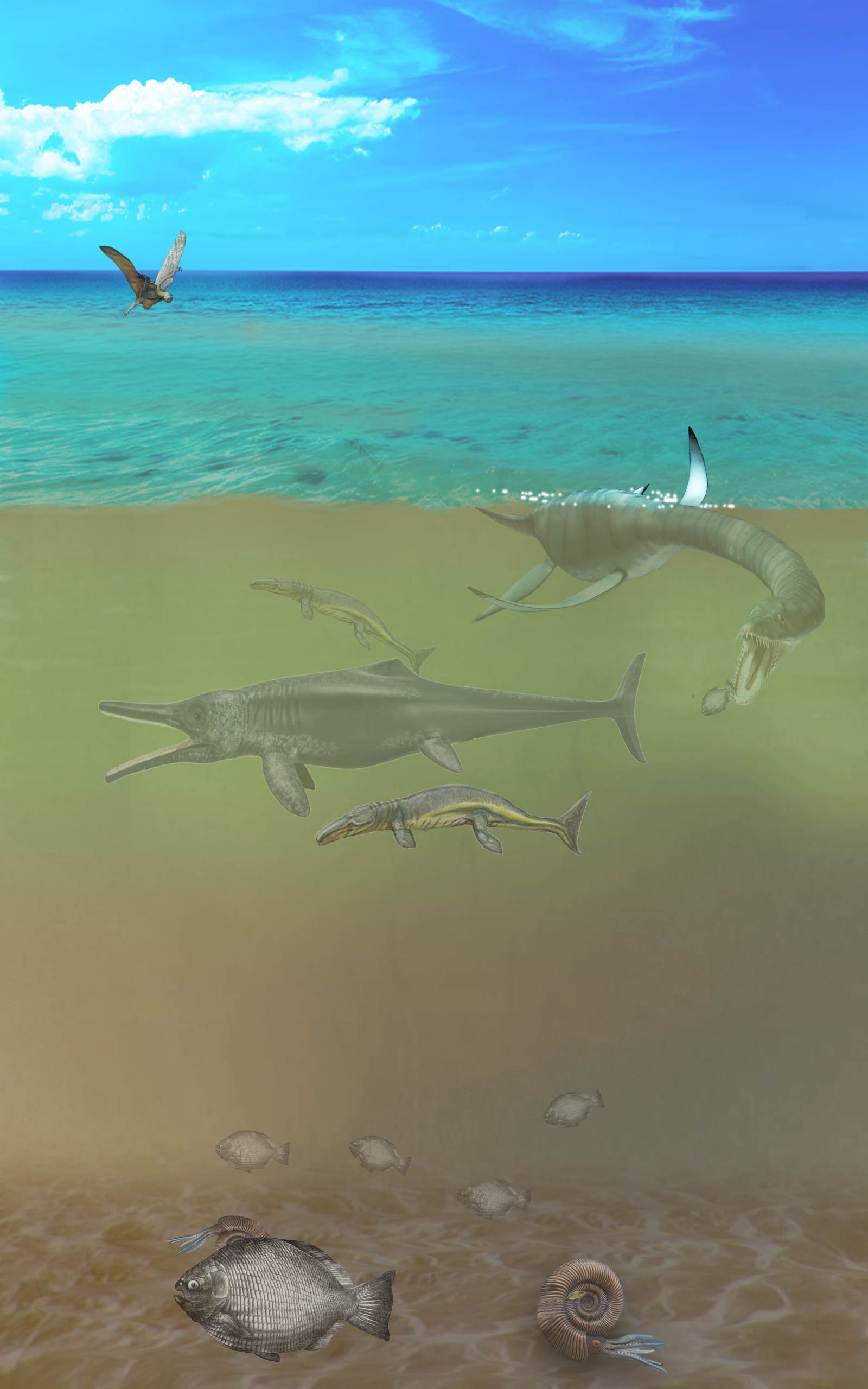 View north in the future Bredon Hill area around the time of the deposition of the Dyrham Formation.

The water was translucent due to the large amount of fine sediment, that gradually fell out of suspension onto the sea floor to form siltstones and mudstones. The source of the sediment could have been rivers draining near-by land areas. The discharge of rivers would be high during the wet season and at times of severe storms. Hence the accumulation of the sediments would not have to be at a steady pace. Maybe some layers of siltstone could represent the sediment load from a single storm event, while others could be from many years of steady deposition.