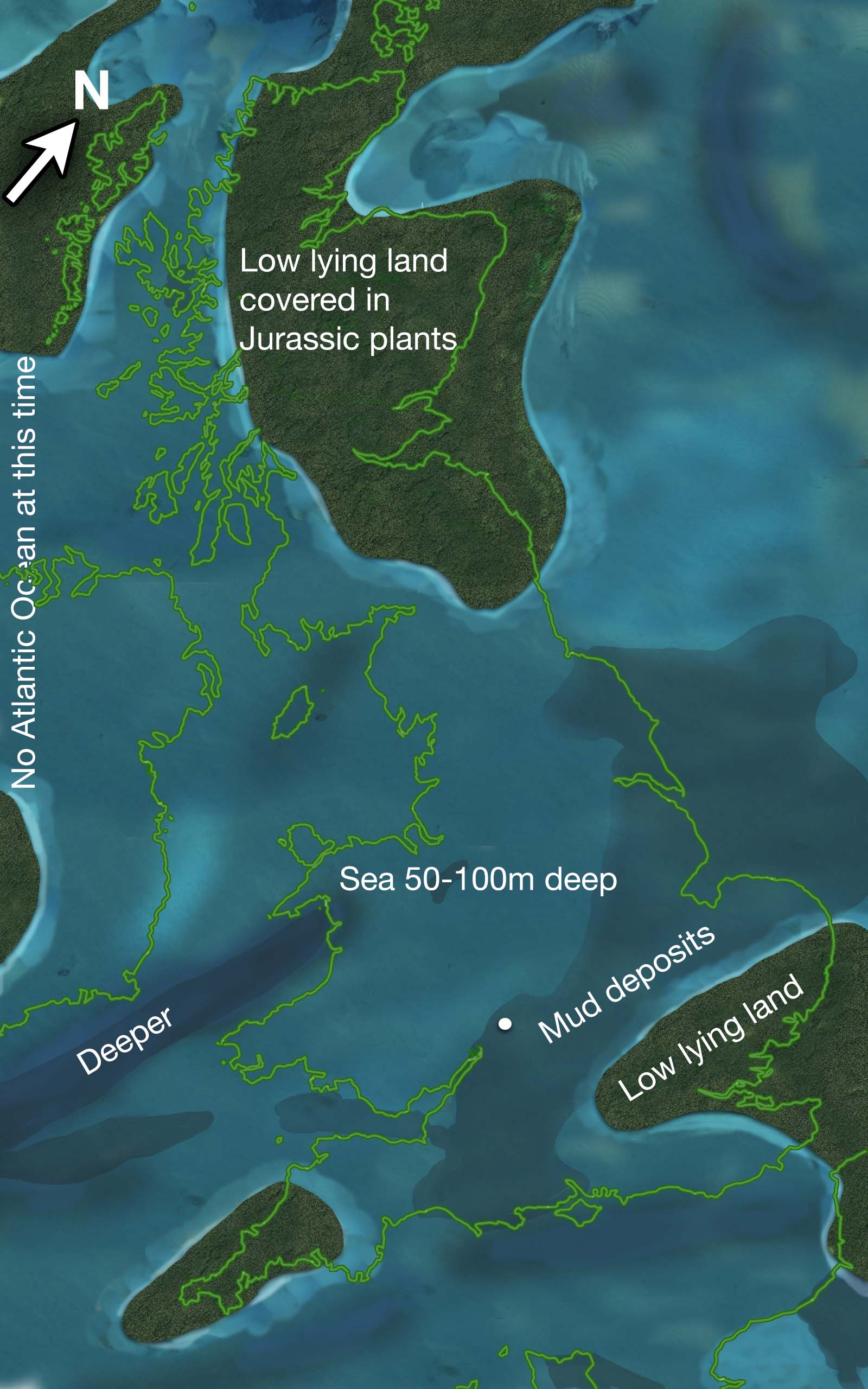 General arrangement of land, sea and coastal areas in the British Isles at the time of deposition of the Charmouth Mudstone Formation.

With these reconstructions the aim is to convey the typical environments that existed in a region through a given period of time. The basis of the reconstruction will be drawn from the type of sediments, or lack of, recorded through painstaking examination of every big and scrappy rock exposure in the area. The absence of a particular bed, or sequence of beds, in an area could indicate that area was exposed as land, subject to evidence to discount that the rocks had been developed there but were subsequently eroded away.

Fine sediments like mudstones indicate deposition in deep still waters. The presence of coarser sediment is indicative of shallower water and proximity of coastlines and land as a source of sediment. Certain rock types only form in quite specific conditions, for example, limestones in shallow clear water, or carbon rich (bituminous) rocks in anoxic (oxygen poor) conditions. Minerals can be indicative of conditions, for example, greenish chloritic minerals are associated with marine conditions, Then we have all the information provided by any fossils found in the rocks.

When you study a sequence of beds, for example, the Charmouth Mudstone, you often find much variation in type of rock both vertically and horizontally. This reveals the environment of deposition was varying both through time and spatially. Among the mudstones and siltstones of the Charmouth Formation are thin limestones and sandy beds, thin laminated organic rich beds, beds of nodules containing iron and phosphates. These tell of times when the water became shallower, or some event brought large amounts of coarser sediment to dump on the sea floor. The change of beds spatially, for example, a mudstone at one exposure becomes a sandstone some distance away, represent where deeper water shelved to shallower conditions – perhaps the proximity of a coastline. Given the ever changing pattern of deposition in an area over time, a map like that above is a kind of ‘averaged sketch’ of the area through many million years.