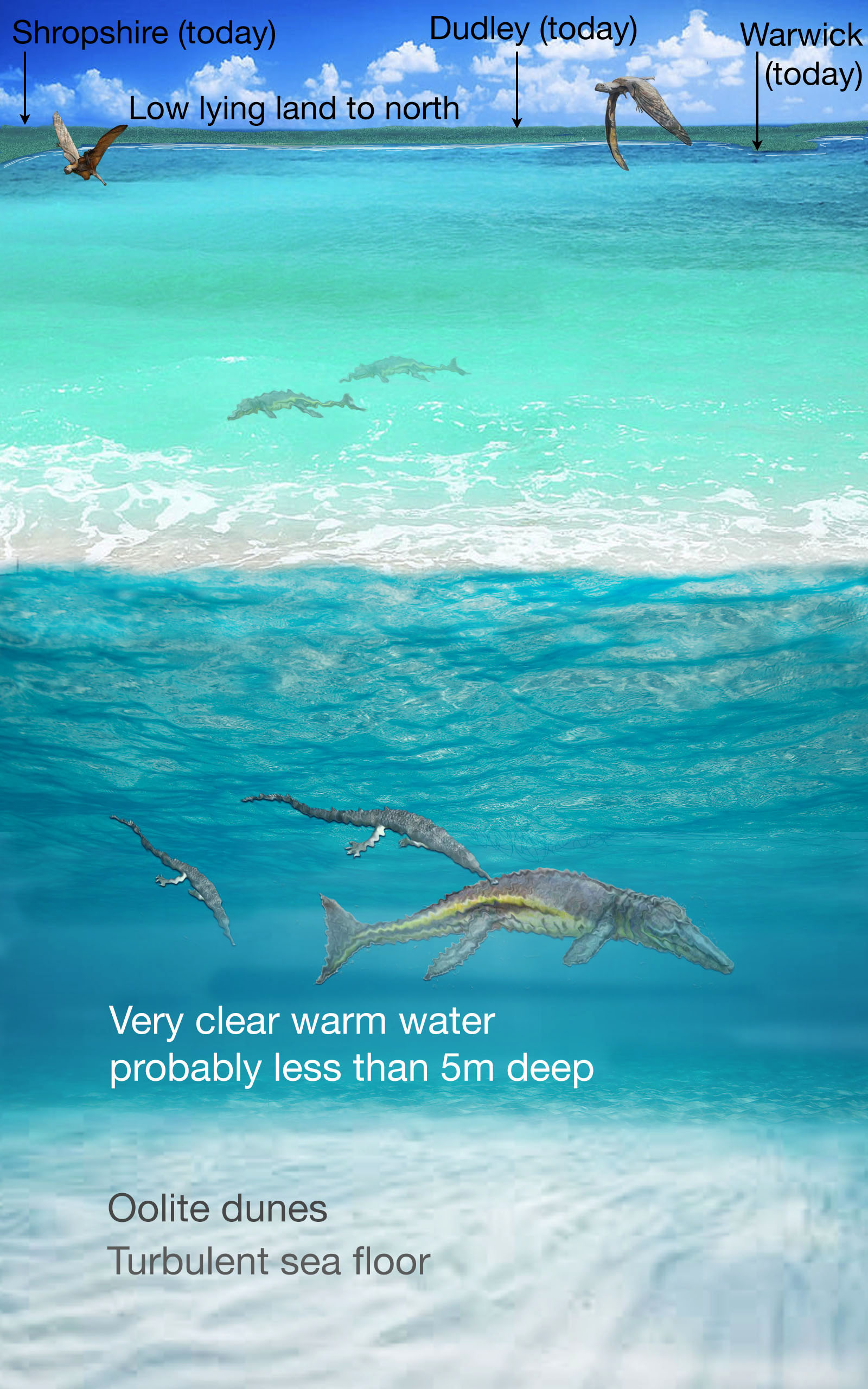 View to the north from the future Bredon Hill area around the time the Birdlip Limestone was forming. In the Jurassic this would actually be the view to the NW, owing to the plate carrying the future British Isles being rotated slightly eastward relative to the present day orientation.

The sea water is very clear, warm and probably less than 5 metres deep. The water is often turbulent, giving rise to a very ‘mobile’ sea floor, with dunes of ooliths moving in a dominantly north-south direction. To the north a low-lying land area stretches west to east across the horizon. The land is probably forested with trees such Ginkoes, Cycads and Monkey Puzzle. There would be no flowers and no grasses, they are yet to evolve. Moving through the forests would be probably be creatures such as Stegosaurs and Duriavenator a 5 metre long carnivor. In the air Pterosaurs (up to 3 metre wing span) would glide over the forests and water.

The waters of the area are likely to be visited by vertebrate marine reptiles such as Stenosaurus and Tyrannoneustes (both shown above, the 5 metre long Tyrannoneustes is right foreground).  The invertebrate fauna of the sea bed would not be as abundant as it could be due to the ‘mobile’ nature of sea floor (reduced anchorage for things like crinoids). Echinoids (sea urchins) would be abundant, along with broken-up crinoids (sea lilies). Living Crionids would be mainly found attached to floating debris like logs swept into the sea from the forested islands. Attached to such objects the crinoids could readily filter feed.