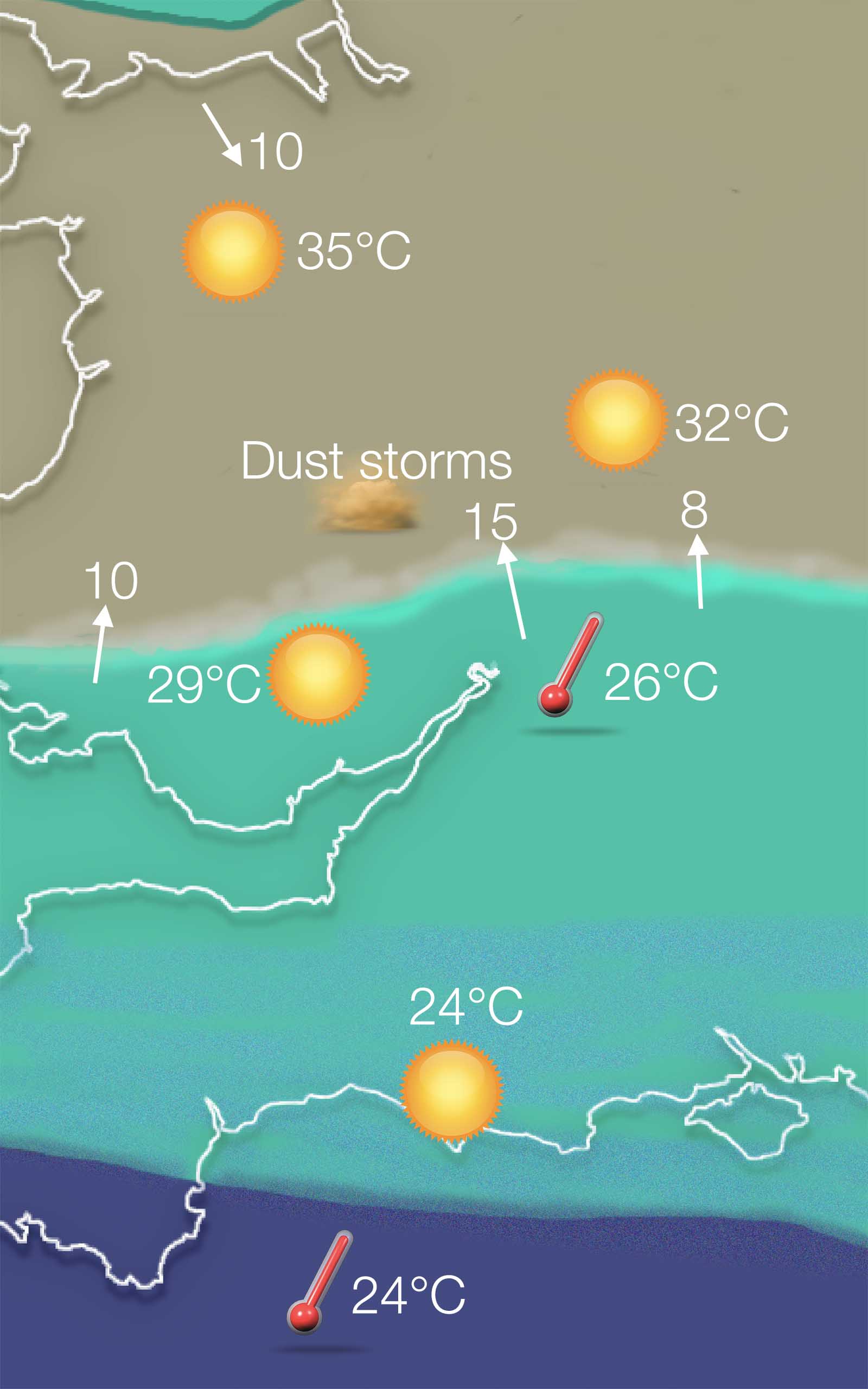 A weather forecast for 350 million years ago in the area of the Voyage – located then just south of the equator. It would be similar to a weather forecast for the Persian Gulf or Red Sea of the present day. One difference might be a risk of hyperoxia, as the atmosphere back then was 27% oxygen as against 21% at present. Breathing air with a much higher than normal oxygen concentration, overwhelms the blood’s ability to carry away the oxygen from the lungs. The result is that free oxygen binds to the surface proteins of the lungs, interferes with the operation of the central nervous system and also attacks the retina.