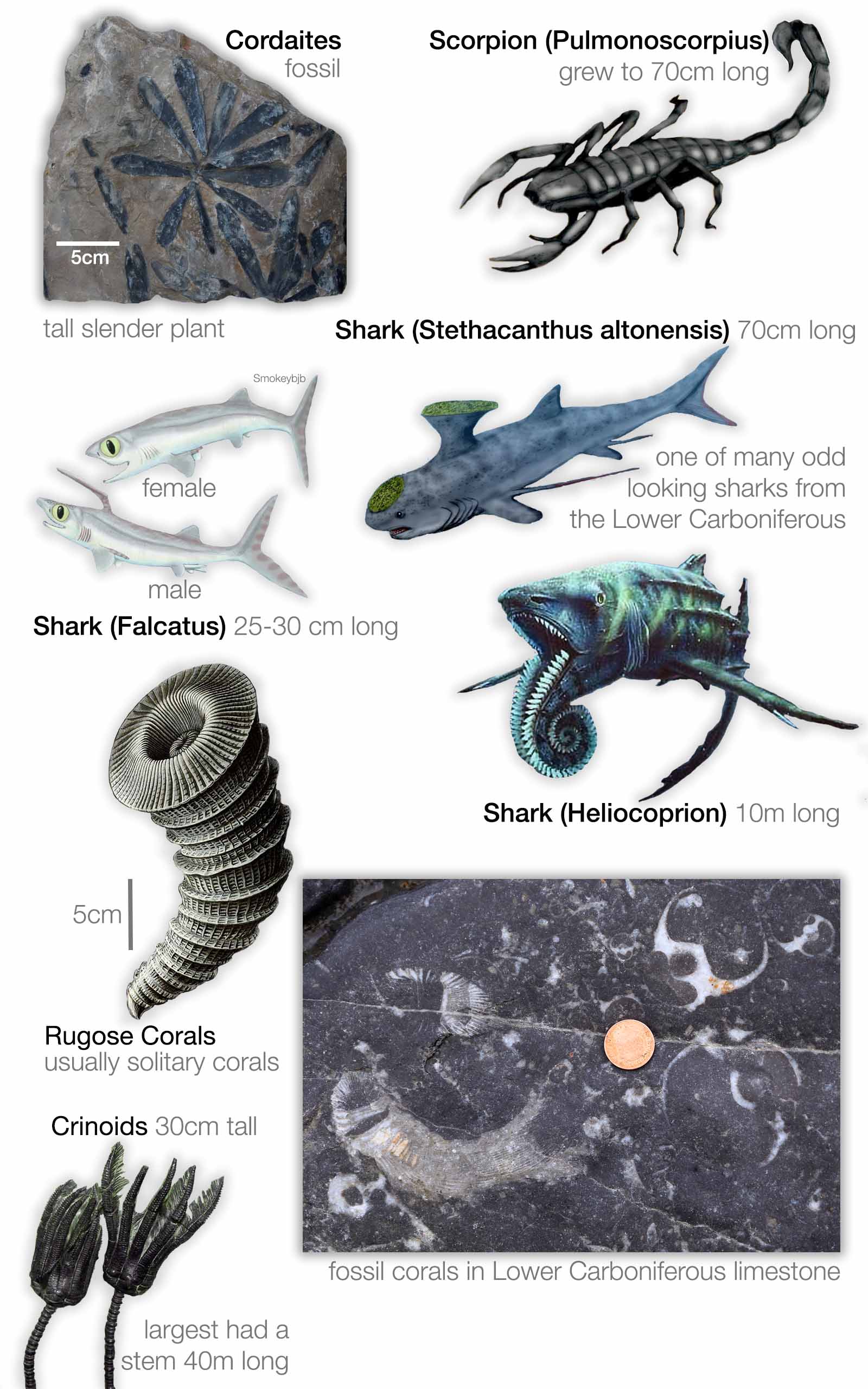 Life likely to have inhabited the shallow warm sea in which the Black Rock Limestone formed around 350 million years ago. Crinoids, solitary corals and quite possibly some early forms of shark. If one were to find fossil evidence for a shark in the Black Rock Limestones of the Wye Valley, then one could say with more confidence that sharks moved through these waters. All one can say is that from else where rocks of a similar age have yielded the fossils of sharks and the environment here would be suitable for sharks, so it would not be unreasonable to say they did exist here. Fossilisation of creatures is not a simple process, occurring only when many factors come together in the right place at the right time.