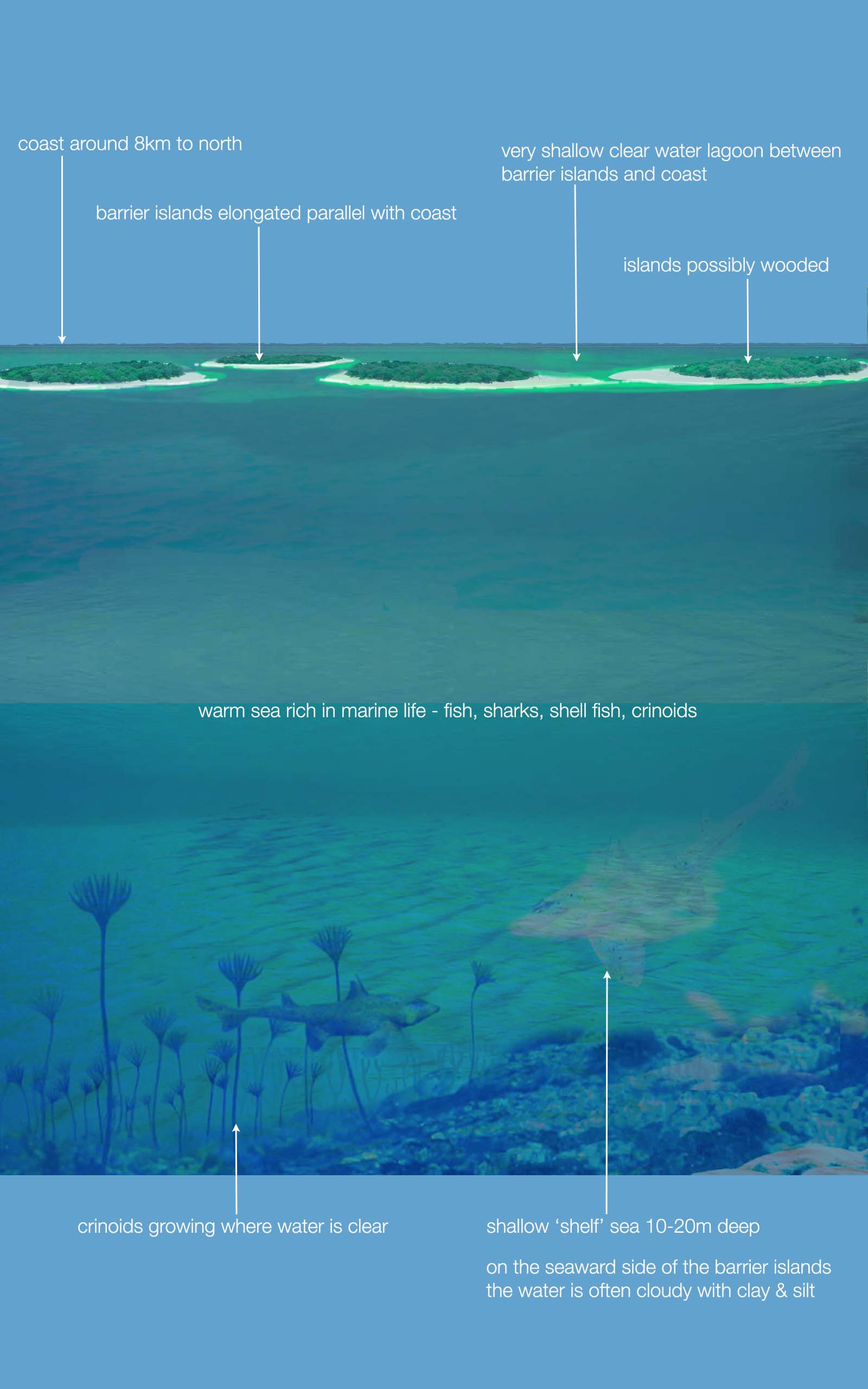 Northward view over the environment in which the rocks of the Avon Group (Lower Limestone Shales) formed around 359 million years ago. Shallow shelf sea with low lying land to the north fringed by barrier islands enclosing clear shallow water lagoons.

Below a southward facing view over the shelf sea of the Avon Grouo time. 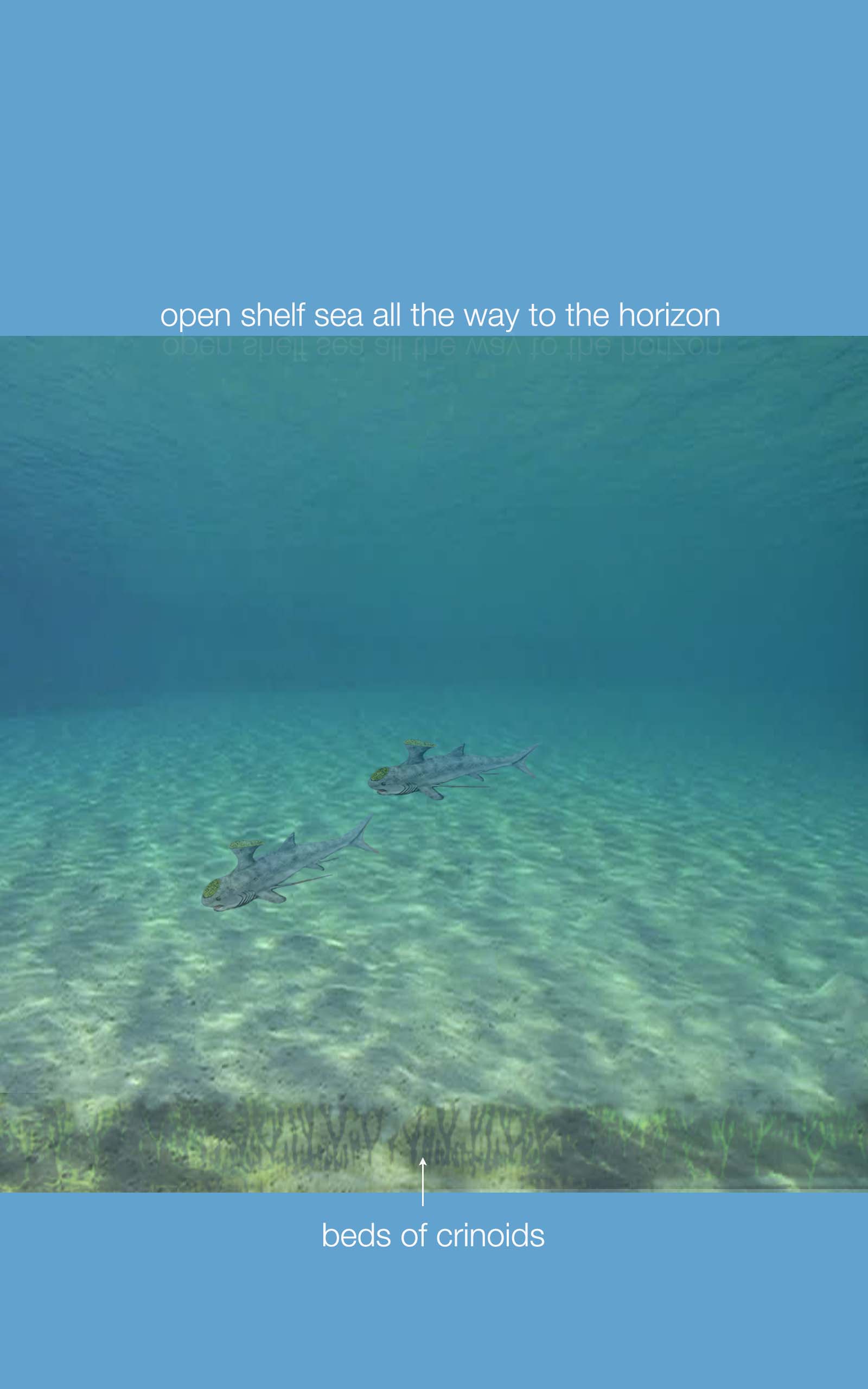 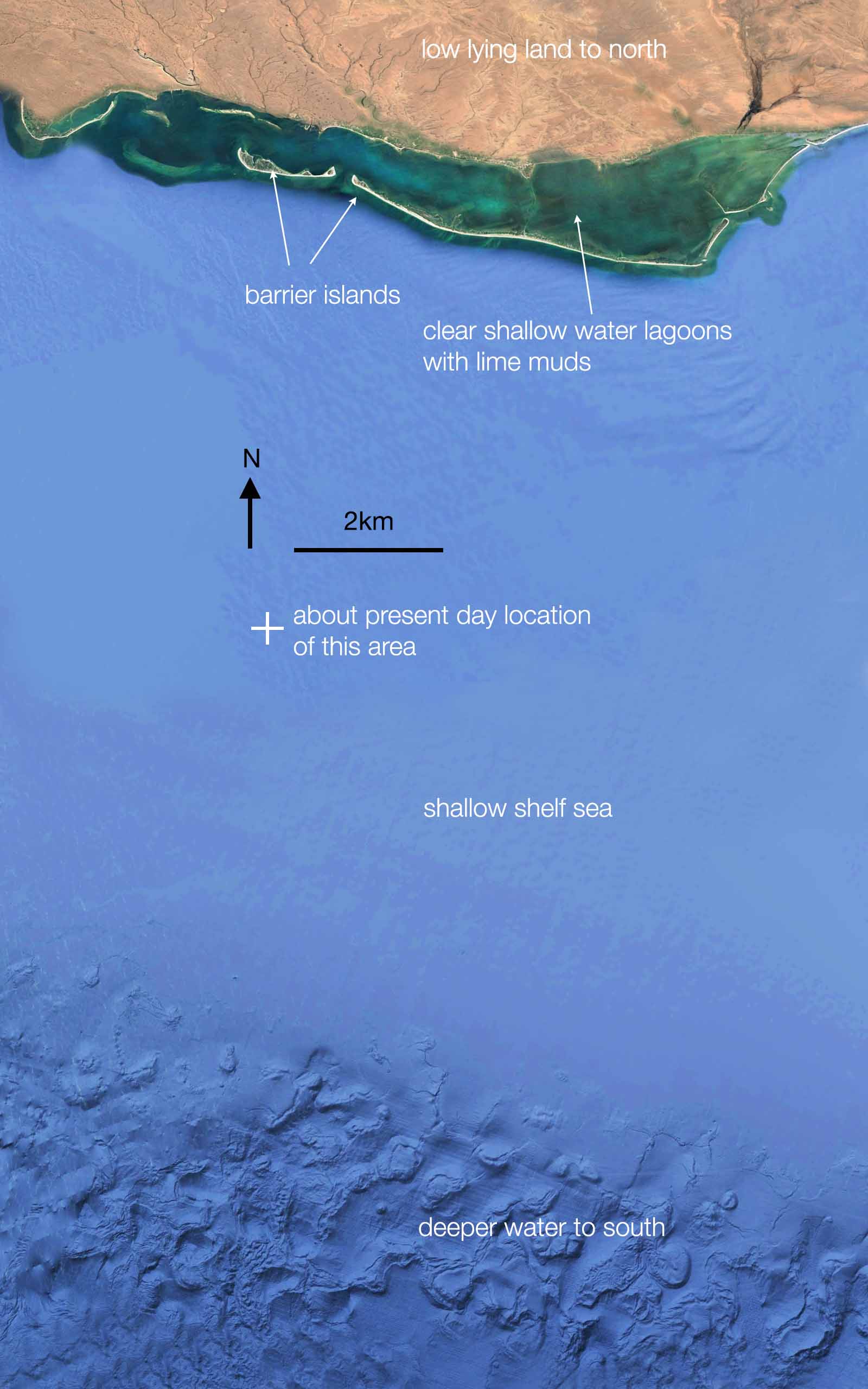 Aerial view of the typical setting in which the Avon Group rocks formed in the area of the Voyage around 359 million years ago.